You can admire Johannes Vermeer’s world-famous Girl with a Pearl Earring there, as well as masterpieces by Rembrandt, Rubens and Frans Hals. With its large collection of works from the Golden Age, the Mauritshuis in The Hague has been one of the most important museums in the Netherlands for the last two hundred years. Important but not without controversy, because Johan Maurits, the count after whom the museum is named, has recently been discredited on account of his involvement in the slave trade.

The Mauritshuis was opened on 5 January 1822 by Dutch King William I. It was then and still is, housed in the stately home of Johan Maurits, Count of Nassau-Siegen (also known in English as John Maurice of Nassau-Siegen), a German great-nephew of William of Orange. The collection consisted mainly of works by 17th-century Dutch and Flemish masters from the collection of William’s father, stadtholder William V. William I called the new museum the ‘Royal Cabinet of Paintings’ and that is still its official name. On 3 January 1822, the Dutch Government Gazette announced that visitors were welcome on Wednesdays and Saturdays, provided they were properly dressed and not in the company of children. Museum visits were a serious business in those days. The building, too, was extremely distinguished. Between 1633 and 1644, Johan Maurits had had a monumental classical-style residence built next to the seat of government at the Binnenhof. The architect was Jacob van Campen, who also designed the City Hall of Amsterdam, which is now the Royal Palace; Pieter Post designed the front façade. The construction took place in Johan Maurits’ absence, as he left for South America in 1636 to govern the colony of Dutch Brazil for the West India Company. In 1647, after his return, he was appointed governor-general of the Duchy of Cleves. The Mauritshuis then became a guesthouse.

A varied collection of paintings

Initially, the paintings in the Mauritshuis hung only on the first floor, frame to frame and in rows, one above the other. One of the highlights of William V’s collection was Johannes Vermeer’s View of Delft, the most famous 17th-century Dutch cityscape. The masterly play of the morning light, the realistic depiction of the city, the imposing clouds and their subtle reflection in the water made a particular impression. Indeed, Marcel Proust saw the painting in 1902 and described it in part four of his famous novel, Á la recherche du temps perdu. Nonetheless, it was only during the 19th century that Vermeer was rediscovered and appreciated. More famous, for a long time, was Paulus Potter’s The Bull, which was exceptional because Potter used an extremely large format for his depiction of something as banal as a life-size bull in the company of a cow, a family of goats and a farmer. Small formats were considered more suitable for genre paintings (depictions of everyday life), while large formats were normally used for historical or Biblical subjects. Potter paid a great deal of attention to details, such as flies circling around the bull’s back, the impression of its hooves in the mud, the frog, cow pats on the ground and the farmer’s frayed old hat. Consequently, the work became the figurehead of Dutch naturalist painting. The ‘Royal Cabinet of Rare Objects’ (antiquities, books, manuscripts and ethnographica), which was located on the ground floor, was moved elsewhere in 1875 to create more room for paintings. It was needed because King Willem I purchased many exceptional works. One of these was Rembrandt’s Anatomy lesson of Dr Nicolaes Tulp, a group portrait of Amsterdam’s surgeons and one of the young Rembrandt’s masterpieces. A special Rembrandt room was organised to accommodate this large painting. Unfortunately, however, there was hardly any money available for new purchases after 1830. That changed, in 1889, with the appointment of a new director, the well-known art historian and collector Abraham Bredius. During his long directorship, the collection was enriched with many new masterpieces, some of which belonged to Bredius himself. In 1903, for example, he bought Rembrandt’s Two African Men and gave it to the museum on a long-term loan. And at an auction in Paris, in 1896, he managed to acquire the Goldfinch, by Carel Fabritius. The artist died young, and this is one of his few surviving works. It is special because it is painted entirely in trompe-l’oeil. The novel The Goldfinch, by Donna Tartt, has further enhanced the painting’s fame. But nowadays, by far the most famous and most reproduced painting in the collection is Johannes Vermeer’s Girl with a Pearl Earring. It was donated to the Mauritshuis in 1903, by Arnoldus Andries des Tombe, a collector from The Hague, who had snapped it up a good twenty years earlier for just 2 guilders and 30 cents. The girl, depicted in exotic clothing, with an oriental turban and an enormous pearl earring, is not a portrait but a product of the artist’s imagination. Consequently, Vermeer was able to depict her in the most seductive way possible, looking back towards the viewer with shiny, slightly open, moist lips, large innocent eyes and a somewhat questioning (inviting?) gaze – it still works.

In the course of time, several other important paintings were acquired, (self-)portraits by Rembrandt and intimate genre paintings, such as Gerard ter Borch’s Hunting for Lice, a mother searching for headlice in her child’s hair, and the Oyster Eater, by Jan Steen. Over the years, the many major exhibitions devoted to 17th-century art have not only been a feast for the eyes, but have also provided a wealth of art historical information in their exhibition catalogues.

Involvement in the slave trade

The Mauritshuis was named after Count Johan Maurits (1604-1679), a descendant of Orange of whom people were, for a long time, proud. The colony of which he was appointed governor, in 1636, was a coastal area that the Dutch had captured from the Portuguese a few years earlier. Maurits had enlightened ideas and took a group of artists and scientists with him to Brazil to do research into the inhabitants, flora and fauna. Among them were the painters Frans Post and Albert Eckhout. A Calvinist himself, the count was tolerant towards the Catholicism and Judaism of the Portuguese. Indeed, he had to be, because he very much needed the Portuguese for the lucrative sugar industry. The sugar plantations and sugarcane mills were kept running by enslaved Africans. Johan Maurits played an important role in the slave trade. Initially, the Africans came mainly from Elmina (Ghana), but the governor managed to win Luanda (Angola) from the Portuguese and had 23,000 slaves a year brought over to the Brazilian sugar plantations. It appears, too, that he personally profited from the sale of Africans whom the King of Congo had given to him as a gift. What is certain is that he managed to generate an extraordinary amount of income on top of his regular salary, so he was able to maintain a royal household and have many buildings constructed in Brazil, as well as the imposing Mauritshuis in The Hague. In 1643, the directors of the West India Company called him back to the Netherlands because of his extravagance. In fact, he was simply dismissed, although at the time he was very highly regarded in Brazil - and still is. The count brought back a wealth of colonial goods and artefacts to the Netherlands, as well as six young Tapuia warriors, whose fierce dancing was intended to entertain his guests at his residence in The Hague. Today, however, almost none of these artefacts can be seen in the Mauritshuis. Johan Maurits later gave nearly all his paintings to King Frederick III of Denmark, and they are now in a museum in Copenhagen. The hundreds of drawings that he gave to the Elector of Brandenburg are in Krakow. Nevertheless, Albert Eckhout’s Two Brazilian Tortoises are on show in the Mauritshuis, as is View of the Island of Itamaracá by Frans Post, which is on long-term loan from the Rijksmuseum. Painted in 1637, this was Post’s first well-known work and the first painting to be made in Brazil by a European artist. It portrays two Portuguese by the water’s edge and two enslaved African men, naked except for white shorts. Another work by Post, Brazilian landscape with a House under Construction, was donated to the Mauritshuis in 2002.

Distorted approach to the colonial past

Slavery in general - and Johan Maurits’ slave trade in particular - has only recently been thoroughly researched in the Netherlands. The results of this investigation have put the Mauritshuis, as a public institution, in a somewhat awkward position. After all, a museum that has been located in Maurits’ chic residence since its foundation can no longer ignore the negative sources of his amassed wealth. Bust of Johan Maurits in armor. After an original by Bartholomeus Eggers. © Wikipedia

First, a small anticolonial iconoclasm took place. In 1987 a synthetic replica was made of Bartholomeus Eggers’ marble bust of Johan Maurits. The original graces the tomb of the count, who was buried in Siegen, Germany, in 1679. The replica was positioned prominently at the entrance to the Mauritshuis. In 2017, however, the replica was quietly removed from the foyer. When this became widely known a few months later, it caused a veritable media storm, questions from both supporters and opponents in the Lower House and even statements by the Prime Minister.

In 2019, the Mauritshuis focused attention on this debate with the exhibition Shifting Image. In Search of Johan Maurits, which also addressed his involvement in the slave trade. Then, two years ago, a permanent room was set up to provide a broad range of information about the man after whom the building was named. Apart from the paintings by Post and Eckhout, a painted portrait of the count and a small terracotta statue of him are also on display there. But the replica of the bust remains in the depot – after all, it is not an original artwork. 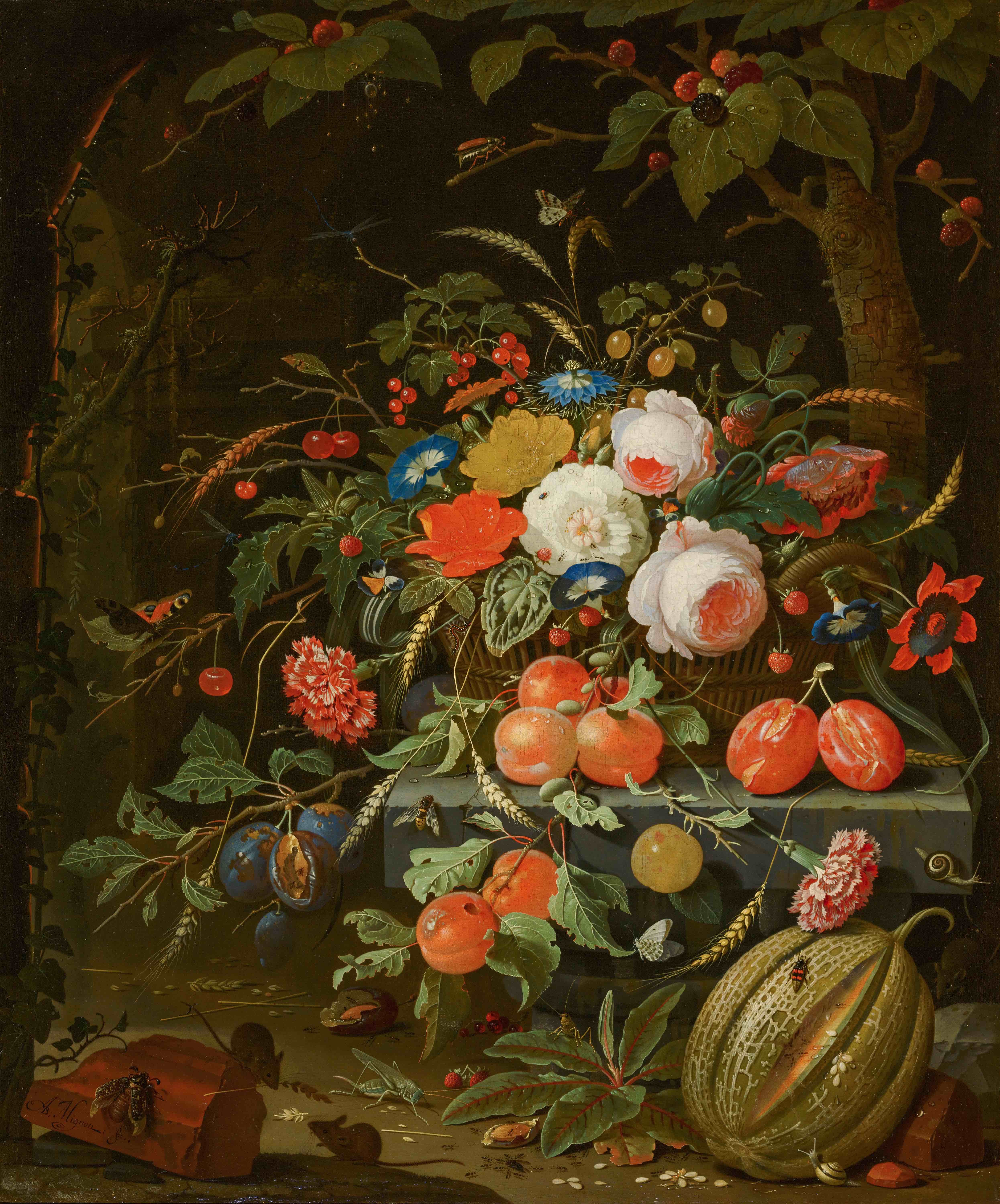 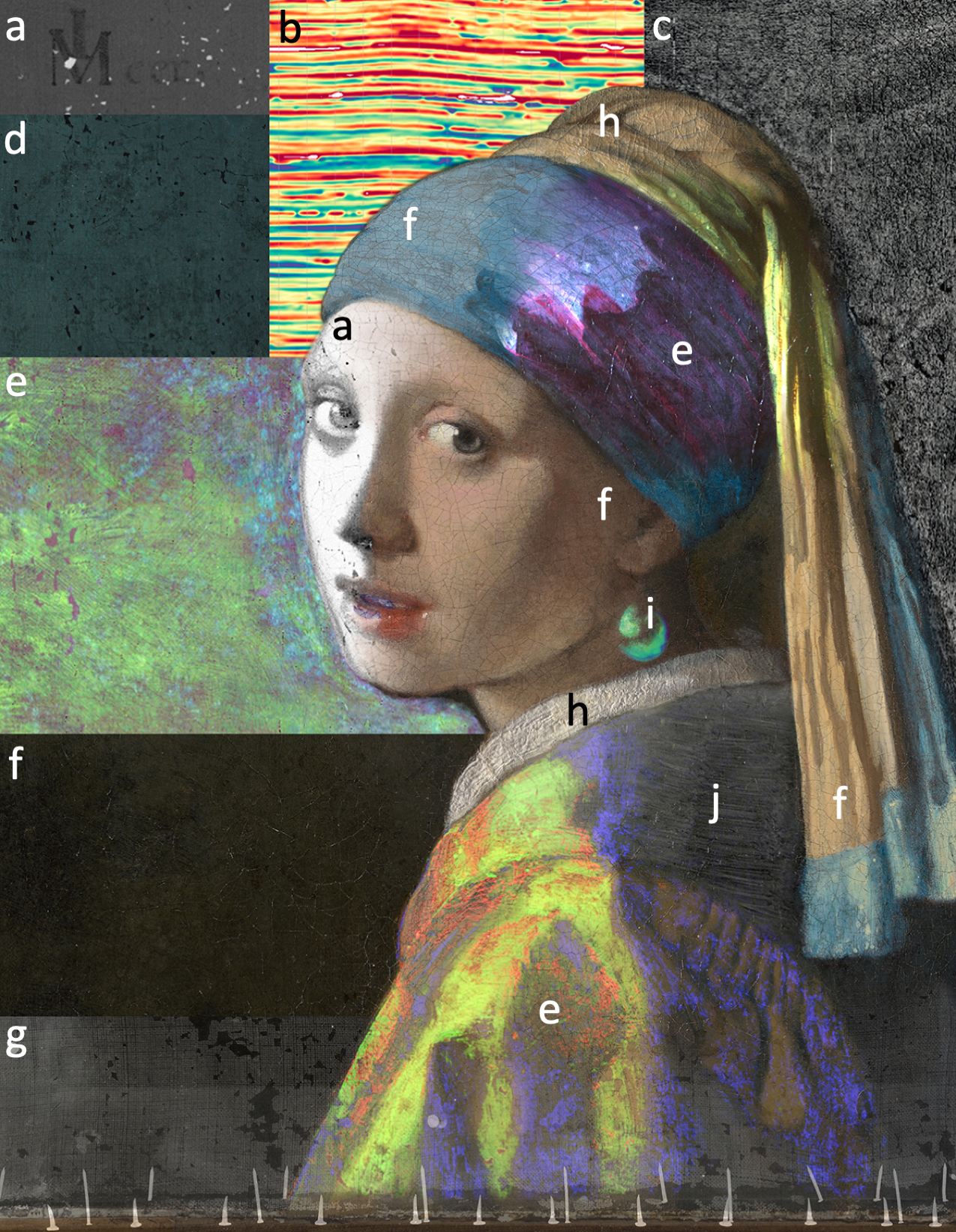 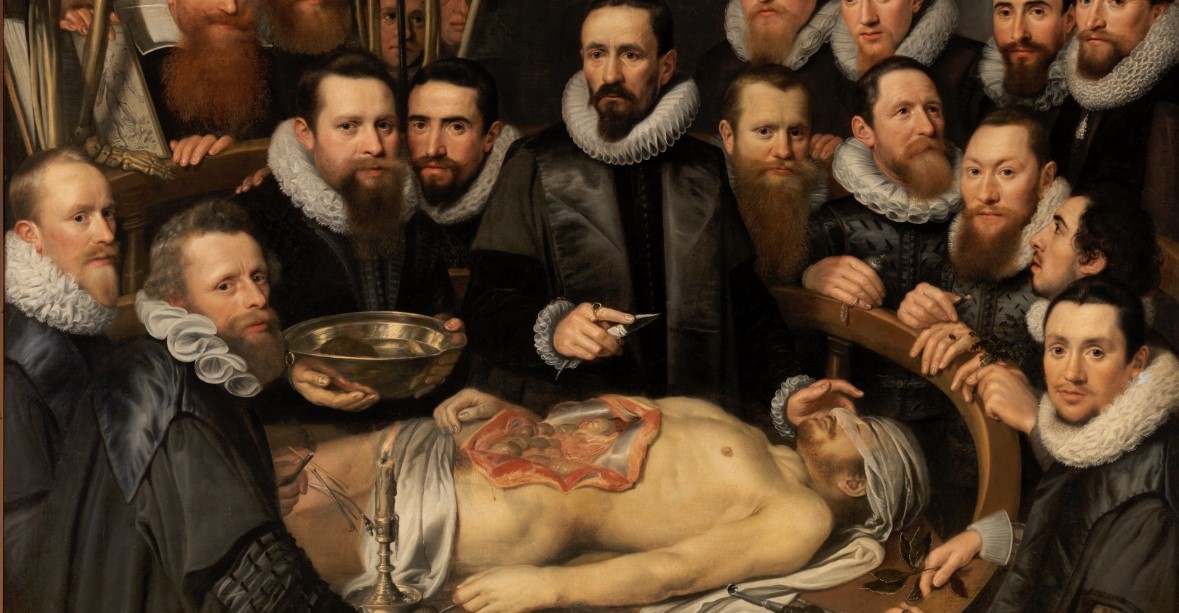