A Concrete Pyramid to Pray In

In search of unique places in the Low Countries, Derek Blyth visits a church that looks more like a pyramid from a science fiction film than a house of prayer.

One of the most extraordinary buildings in Belgium is located in the quiet town of Harelbeke, just outside Kortrijk. Begun in 1963, St Rita’s Church is dedicated to the patron saint of impossible causes. Rising above the surrounding houses like a concrete pyramid, the strange structure looks more like science fiction than suburban Belgium. 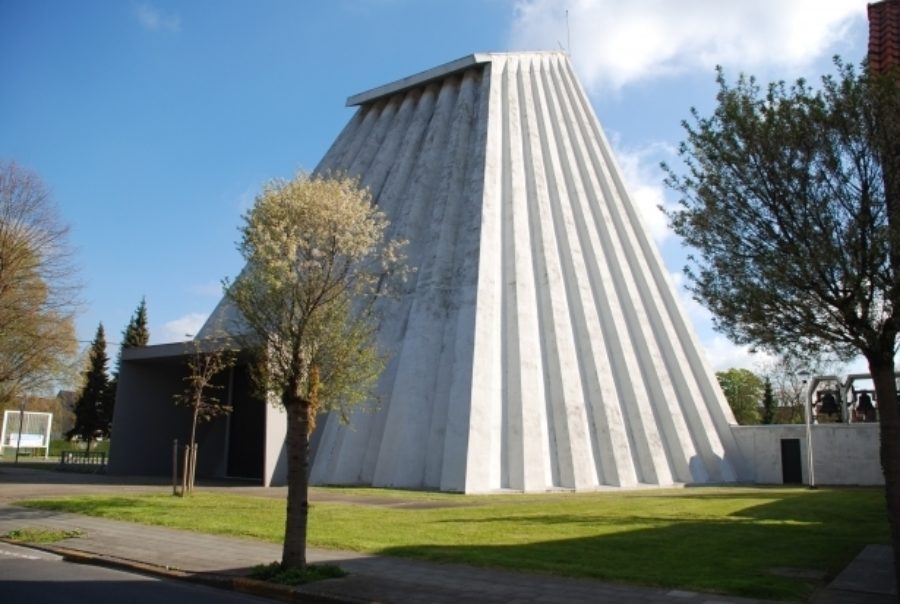 Built between 1961 and 1968 to serve a district of new houses, the parish church was designed by Léon Stynen and Paul De Meyer in a bold brutalist style inspired by Le Corbusier. The austere concrete interior is illuminated by a single shaft of light that streams through a large round window in the roof.

The building is a masterpiece of complex mid-century engineering, featuring ultra-thin sloping concrete walls that are not supported by any columns. It took several draft designs before the Royal Commission for Monuments and Landscapes approved the radical design. The work had to be halted when it was only half completed while a concrete engineering specialist was brought in to make some modifications. 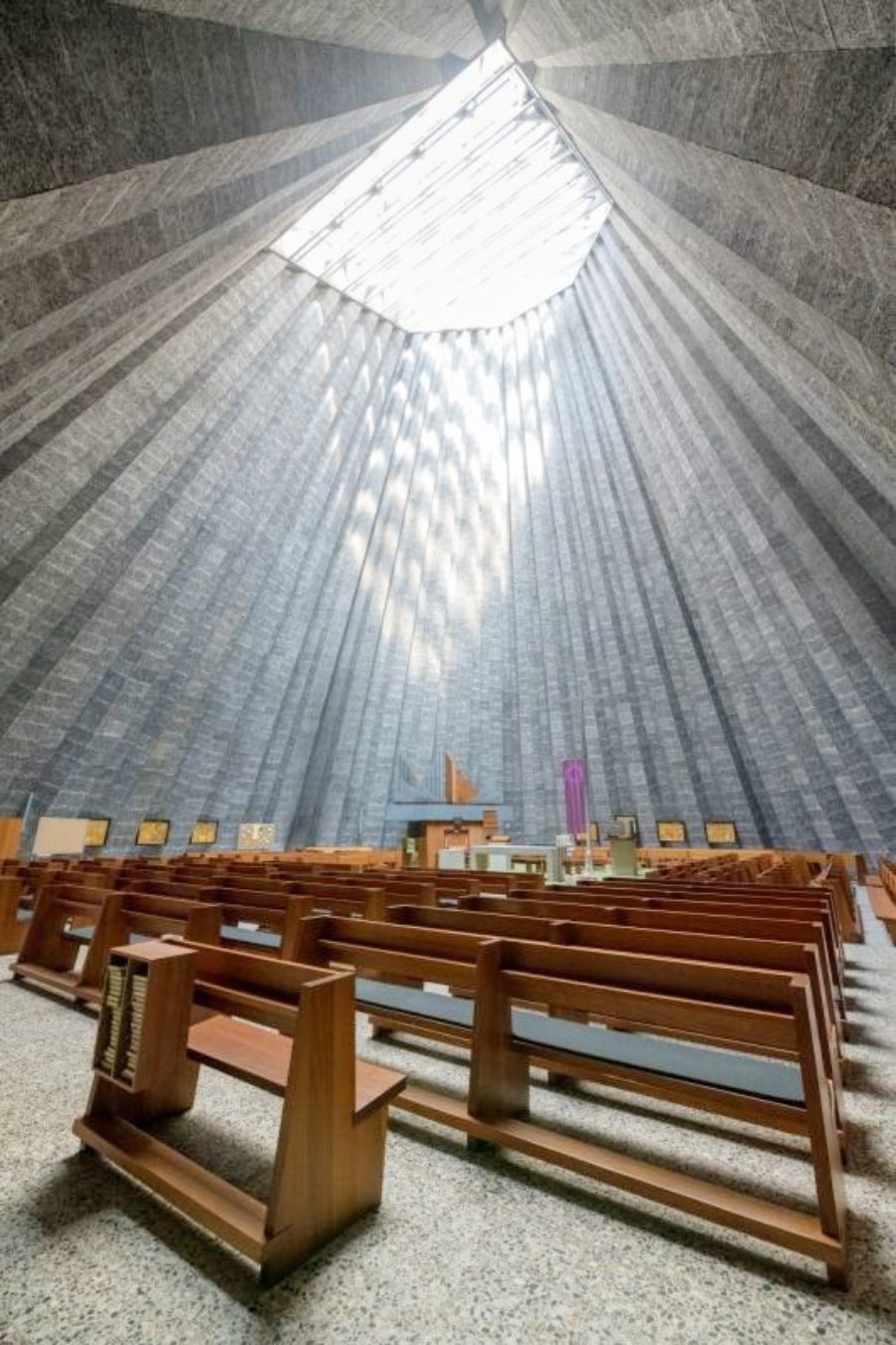 The church was one of Léon Stynen’s last works. Born in 1899, he was one of Belgium’s most significant modernist architects. Stynen introduced the ideas of Le Corbusier to Belgium in a number of houses and cultural centres, including the Casino in Knokke, the BP Building in the Antwerp suburbs and De Singel arts centre. But the forgotten St Rita’s Church might be his most remarkable creation.