There's More European Solidarity in the Low Countries Than You Think

The Netherlands and Belgium are not heading the pack when it comes to European solidarity. But cross-border solidarity is more popular than the political debate suggests. This is the surprising conclusion to come out of a recent study by University of Amsterdam’s Frank Vandenbroucke and six other political scientists. The study also found that public debate is perhaps less polarised than we often think it is.

The Netherlands and Belgium live off exports: they are invested in a stable international environment. You would therefore expect that proposals to make the European Monetary Union more shock resistant, would generate a great deal of interest from the Dutch and Belgian governments. But this is not the case. The Netherlands often vetoes ideas that a European ‘Shock Fund’ could help cyclically changing countries in emergencies, and thereby ensure more stability. The Belgian government also remains very quiet when it comes to such proposals. The bottleneck is well known: in order to organise a Shock Fund, you have to be ready for mutual solidarity.

Is there political support for cross-border solidarity? I researched this together with six colleagues, by means of a poll in 13 European countries, including the Netherlands and Belgium. We proposed a number of variants of the idea of a Shock Fund, set up in the form of a European ‘reinsurance’ of national unemployment insurances. A country that suffers a severe crisis would receive temporary budgetary support from the fund, in order to cope with rising unemployment expenditure. 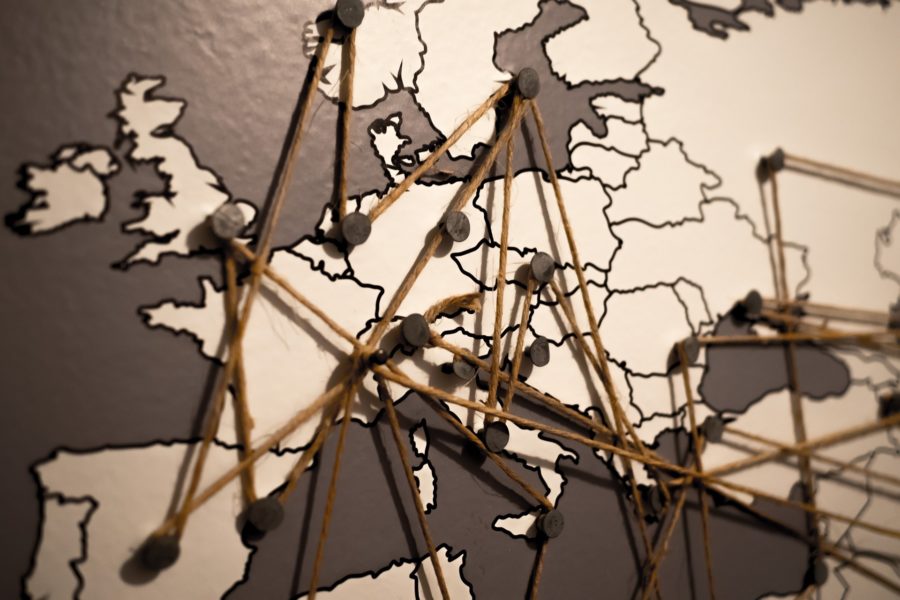 A poll that makes people think

In each country we presented 1500 people with six variations of this idea, randomly chosen from more than 320 varying implementation modalities. They had to compare the different variations of the proposal, and we then asked for their response to each variant; strongly against, moderately against, moderately in favour, strongly for, or neither for, nor against. The variants were different to one another in the following areas:

1. Generosity: some variations of the Shock Fund are more generous than others, offering more support.

2. Education conditions: in some variations countries must fulfil certain conditions in order to receive support. This would include organising quality education for their unemployed citizens.

4. Taxation: some variations would not induce a rise in taxes. Others would demand a rise of 0.5% of income for everyone. In the remaining variations, taxes would only rise for the richest, by 1% of their income.

5. Execution: some variations the practical execution of the Shock Fund would be carried out by the EU, in others this would be done mostly by the Fund’s member states.

Our survey shows that fundamental opposition to such cross-border solidarity is limited. Fewer than 10% of respondents rejected the majority of the six proposals they were confronted with. Conversely, 66% of respondents supported three or more of the proposals (moderately in favour or strongly for). Rather than polarisation in one way or another, it seems that the study shows a high level of nuance – or put differently, ‘reasonableness’.

Support does however differ from country to country. If you combine all of the possible proposal variations, support often appears lower in richer member states, including France, Germany, Belgium, Denmark and the Netherlands. The average level of support is notably higher in poorer member states with less developed welfare states (for example Hungary and Estonia), and also in member states who were hit hard by the Eurozone crisis (in our sample this includes Italy, Spain and Ireland). This is not surprising. People in Eastern and Southern European countries are often proponents for strong welfare states. It could also be that many of the respondents from these countries expect a European approach to improve the established order of their own social systems, and indeed consider this to be a positive. In terms of improving the state social systems, the Dutch and Belgians expect much less of the European Union than citizens in Hungary or Estonia.

This study illustrates a high level of ‘reasonableness’ in respondents

The poll shows that people are not against cross-border solidarity per se, but that they are sensitive to how such a thing would be organised. In all countries public support rises for unemployment benefit when it is linked to conditions to do with education, training and job searching. This element of the proposals is clearly more important to the respondents than the questions of how much room there should be for structural redistribution of resources between European countries. The latter is the most sensitive topic in the political debate (should money flow from the Netherlands to Italy?). I do not suggest that discussion of this topic is unimportant. However, other issues, such as the question of whether and how education, training and benefit should be linked, have more weight with the general public. Generally, and unsurprisingly, people appear to give priority to the proposals that are more generous, and to proposals that do not lead to tax increases. We have however also found majorities for variations of the proposal where taxes do increase. 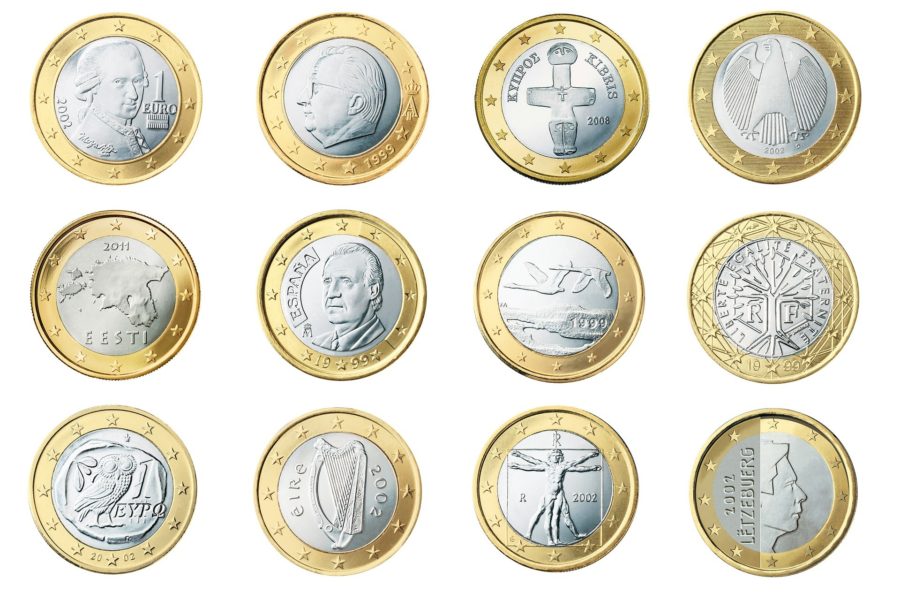 Potential majorities across all countries

Our poll makes it possible to make predictions about the support for specific variations, if proposed and voted on. I shall give two examples. The first is a proposal that combines the following elements:

1. The proposal is not generous: partaking countries agree that the minimum level of unemployment benefit should be 40% of the unemployed person’s last earned wage, for a duration of six months (countries who want better benefits may pay out more, but this would be at their own expense). The mutual support would then be attuned to this minimum level.

2. Monitoring ensures that there is no redistribution to the benefit or detriment of certain countries in the long term.

3. The countries taking part must organise training and education for unemployed people.

5. Financial solidarity will be organised, but the practical execution of this should be in the hands of national governments, not the European Union.

6. Unemployed people must accept a suitable job; otherwise they will lose their benefit.

Discounting those who said they were neither for nor against, our poll allows us to estimate that 67% of our respondents would be either moderately or strongly in favour of this proposal in a supranational European vote. If all of the neutral people in the poll voted against the proposal, this support would drop to 49% of the total number of votes cast. You could consider this an upper and lower limit for what might happen at a European referendum on this proposal - on the basis of our poll. Approximately the same figures are true for Dutch and Belgian respondents (64% support when neutral voters are discounted, and 48-49% support when neutral voters are counted as having voted against).

A second example is a proposal that differs in two ways to the previous one:

1. The benefit is generous: partaking countries agree that the minimum level of unemployment benefit should be 70% of the unemployed person’s last wage, for a duration of six months. The mutual support would then be attuned to this level.

This offers greater support when compared with the first proposal. Even if all ‘neutral’ voters were to vote against the proposal, a majority of 56% in favour would remain. Support is even higher than the European average amongst Dutch people: should all neutral voters be counted as having voted against the proposal, it would be supported by 65%. The Belgian figures are a little lower coming in at 54%, but despite increasing taxes, there is a majority in support of this proposal in Belgium.

However, these different sensitivities do not detract from the fact that in all of the member states surveyed by our poll, a potential majority exists for proposals that offer a high level of unemployment benefit – even when this would lead to an increase in taxes. 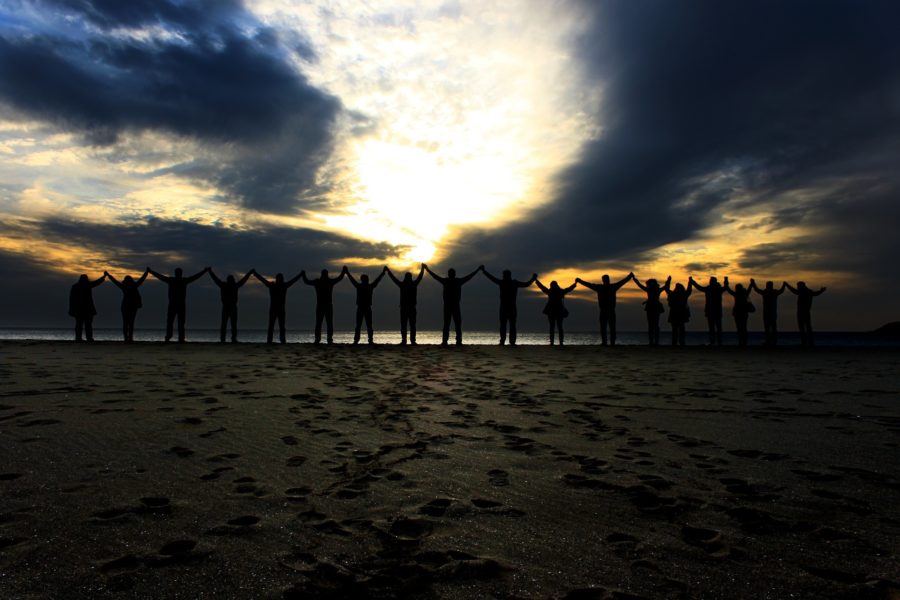 At first glance, these results are not consistent with what we learned from the last election campaign in the Netherlands, won by the anti-European party, Forum for Democracy. Our results do not only show that the Dutch are open to European solidarity, especially if this meets a certain insurance logic, and if certain conditions are attached to it. The results also illustrate a high level of ‘reasonableness’ amongst respondents, who, in our poll, only rarely took an extreme position. When we consider our results in this way, they also do not affirm the view of Ivan De Vadder, political journalist for the Flemish public broadcaster. Distilling information from a poll carried out while preparing the 2019 Stemtest (Voting Guide), he argued that Flemish people tend to take extreme positions, regardless of whether the discussion is climate or migration. Rather, the extent to which people take on polarised positions, depends on the type of activity you ask them to do.

The Dutch are open to European solidarity, especially if this meets a certain insurance logic

We must of course be careful in the way that we interpret our results. When explaining the proposals to our respondents we make it clear that the poll is about a European discussion, centred around European proposals. However, it is possible that respondents are led predominantly by the fact that the poll concerns social protection for the unemployed, rather then their positive or negative stance on Europe. As a result, it is possible that they do not understand the extent to which such a proposal would bolster the social role of the EU. People who are not averse to the concrete content of the polled proposals – those who do not trust the EU, but simultaneously support social welfare – could have their opinions changed through the influence of an anti-European party campaigning against it. A huge amount depends on the ‘framing’ of the debate: is the discussion predominantly about being for or against the EU, or is it predominantly about being for or against social welfare?

The most important conclusion is perhaps the following: voters are able to form an opinion on these kinds of issues when they are invited to think carefully - and often that opinion turns out to be a nuanced one. Naturally, the framing of the question is decisive. Surely here lies a huge responsibility with our political parties?