The 29-year-old Dutch author Marieke Lucas Rijneveld is awarded the International Booker Prize for their translated debut novel, The Discomfort of Evening. Rijneveld, who identifies as non-binary and uses the pronouns they/them, takes home £50,000, which will be split equally with their translator, Michele Hutchison. The judges were 'unanimous in appreciation' for their 'visceral and virtuosic' novel. The Discomfort of Evening tells of a girl whose brother dies in a skating accident and draws from Rijneveld’s own experiences. ‘Childlike logic is both the charm and cruelty of the novel.’

The corners of her mouth have been ‘constantly turned downwards recently, as though there were fruit-shaped weights hanging on them, like on the tablecloth that goes with the garden set’. These sentences show Rijneveld’s evocative writing style, just as much as the novel’s theme, in which cramped silences hold the Reformed family in its grip: ‘We don’t think about the dead, we remember them.’ 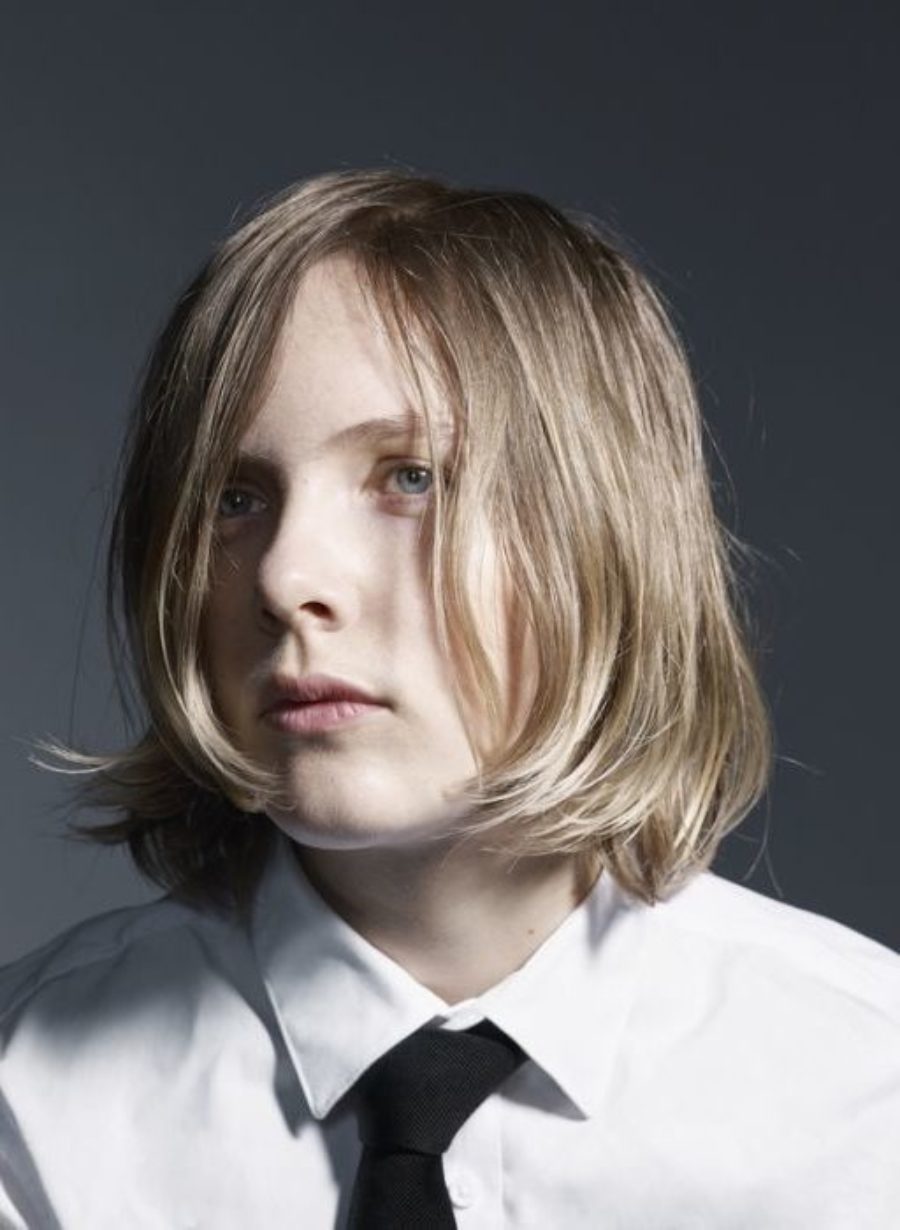 We experience the death of Matthies through the eyes of ten-year-old Jas. She is in the bath with her sister Hanna, her brother Obbe sitting on the bath’s edge, when the vet comes bearing the news: ‘Evertsen pulled him out of the lake.’ The ice Matthies had been skating on was too thin. Hanna doesn’t understand. She keeps making happy waves, and Jas pees in the water. The Christmas tree is being dismantled.

From that moment on death becomes a character, nestling into Jas and Hanna’s lives, and presents itself in a series of morbid games: from imagining the ways in which their parents could also meet their end (‘Car accident or burning?’) to imposing various rituals to keep death at bay. Testing out how far they can go, they can prevent their next loss. And if one has desires, one is safe from death. Just like someone who wraps up in a jacket that is increasingly faded because it is never taken off. As Jas does. For her, the jacket (‘jas’ in Dutch) is a capsule that repels diseases, bacteria and fungi. It protects her against all her fears: of loss, the dark, the Ten Plagues, vomiting, diarrhoea. The second means of protection is boundless fantasy. The sisters have to visit ‘the other side’: the mythical place where Matthies was going on his skating tour. ‘We need a rescuer. Someone to take us away from this ridiculous village, from Dad and Mum, from Obbe, from ourselves.’

Childlike logic is both the charm and cruelty of the novel. Jas, for example, connects her bowel problems with her separation anxiety. Her problem becomes an achievement: ‘I could hold in my poo. I wouldn’t have to lose anything I wanted to keep from now on’. By similar reasoning, she rubs two toads together in her room. The animals must mate and spread love in their house. In the evening she pushes a drawing pin through her navel. After all, didn’t her teacher say that we can use pins to indicate the destination of our dreams? And all Jas wants is to crawl deep inside herself.

The choice of such a young perspective makes of the narrative voice a constant balancing act. The child goes to school, learns about Hitler and starts to think that her mother is hiding Jewish people in the basement. She believes the gossip her only friend Belle tells her. Such passages are less interesting, but they provide necessary breathing space in Rijneveld’s powerful stream of thoughts, and they keep Jas small. Because Jas is both a philosopher and a poet. She grows up in centimetres: ‘I thought about being too small for so much, but that no one told you when you were big enough, how many centimetres on the door-post that was’. Love is expressed in distance. 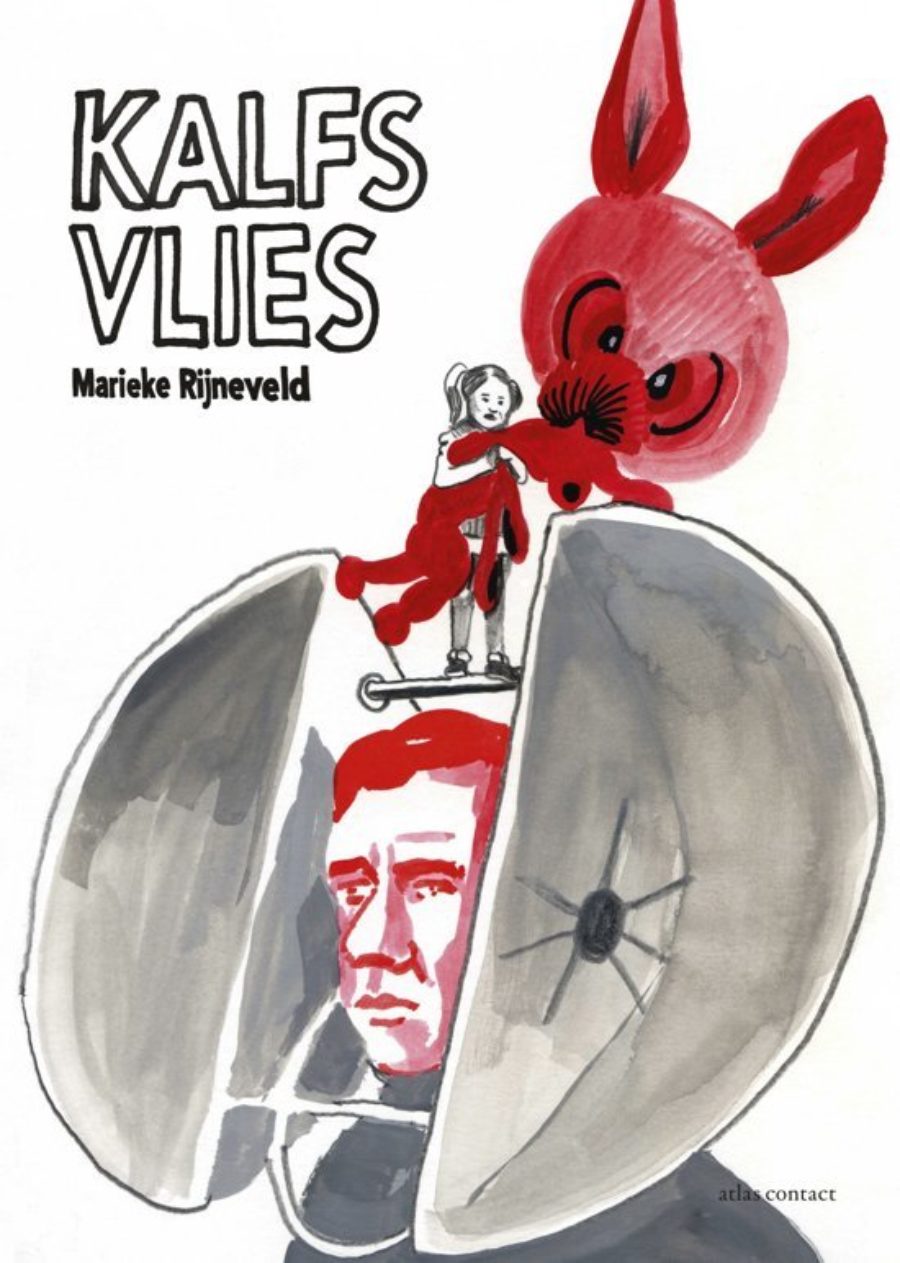 We already got a glimpse of such images in Rijneveld’s 2015 poetry debut Kalfsvlies (Calf’s Caul):

[...] Every moment of the day she wants to calculate the distance, a ruler between bodies,
record the diameter of an embrace or the going away of calves
while you are still on the couch

Calf’s Caul was awarded the C. Buddingh’-prize in 2016. ‘An explosion of talent,’ pronounced the jury. That explosion is visible in the layout: there is hardly room for emptiness in the poems. Rijneveld calls them ‘stacked clouds’, poems of metaphor upon metaphor. The same technique is applied in The Discomfort of Evening in the description of a thin layer of ice that has formed on a discarded water mattress: ‘I didn’t dare stand on it, afraid that I would fall through. The dark mattress slowly shrank like a vacuum-sealed packet of coffee.’ 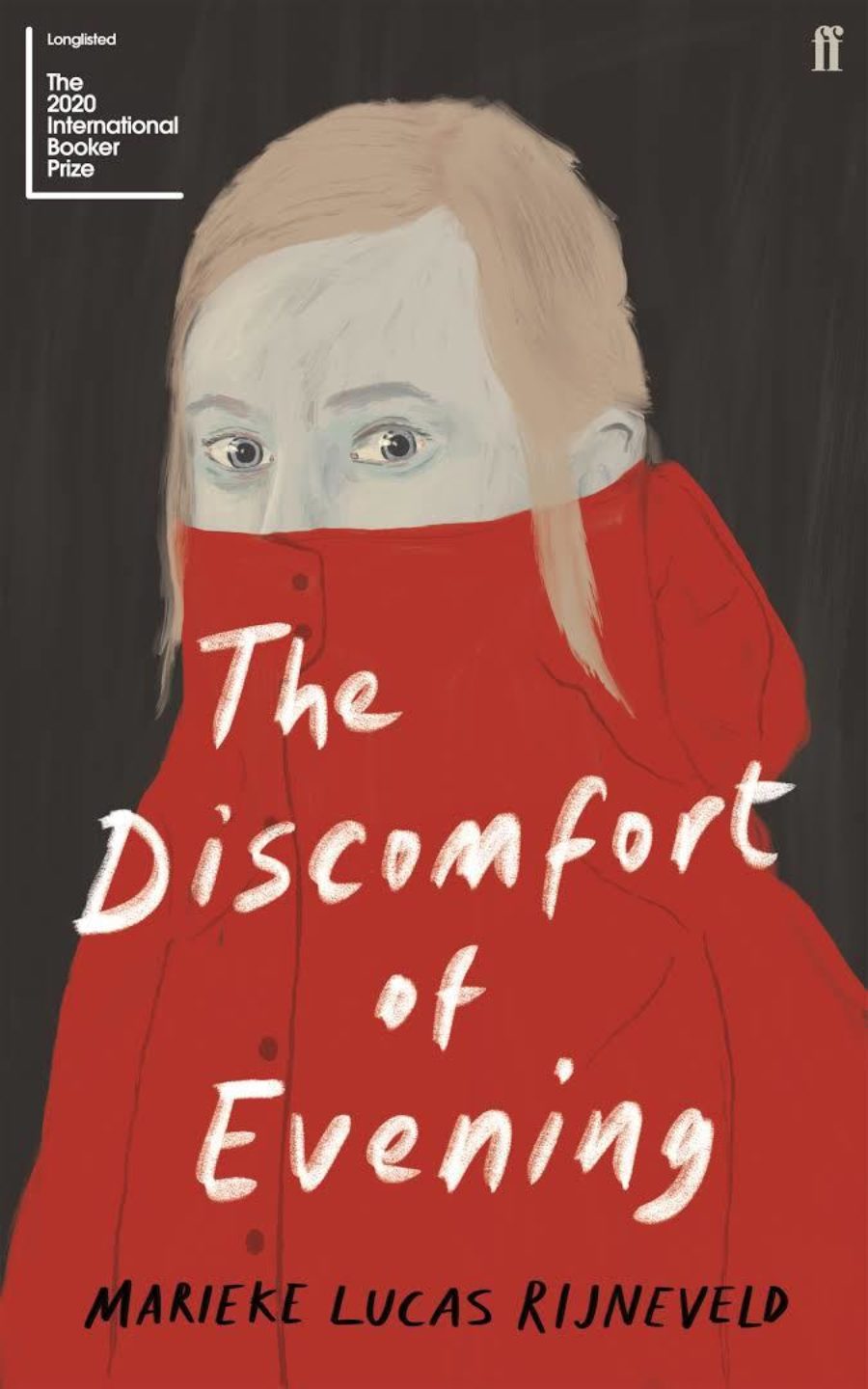 The Discomfort of Evening

The stream of images and questions in Jas’s head is stifling, the pages heavily laden. On the book’s back flap, we find author Lize Spit’s endorsement: ‘Oppressive. Each chapter submerges you anew in Rijneveld’s dark world full of beautiful images.’ A comparison with Spit’s 2015 debut novel Het smelt (The Melting), which is similarly dark, already led some to name the non-binary author as Spit’s ‘bleak literary twin’. The parallels are easy to draw: a young girl grows up in a traditional farming family, discovers her budding sexuality and indulges in aberrant games. Both main characters are marked by trauma. But the resemblance ends there.

Because while Lize Spit’s debut is strongly driven by its plot, De avond is ongemak (The Discomfort of Evening) demands to be read as a collection of poetry. The novel is the logical continuation of Kalfsvlies (Calf’s Caul), with images from that collection recurring, and with the same impossible aim of reaching the self. Rijneveld’s prose invites being read more slowly than is necessary. As Jas observes: ‘From now on, every visitor to the house would wipe their feet for longer than necessary. I learned that at first, death requires people to pay attention to small details – […] to delay the pain.’

Rijneveld too sometimes delays that pain. But if a page requires you to linger on its precise imagery or on the questions it provokes, it is only so the next page hits all the harder. The Discomfort of Evening is indeed uncomfortable, but that is a good thing, because ‘in discomfort we are real’.

The Discomfort of Evening, Faber and Faber, London, 2020, translated by Michele Hutchison

I’m Dutch-Canadian, and have read/translated Dutch to English literary fiction off and on for almost thirty years. (I have a lot to say about all that, but will stick to the subject at hand for now. lol)

Two comments: 1. Dutch authors love to shock. I’m not a prude, but it seems to me it’s often used as a device to avoid dealing with more subtle and difficult issues in relationships. 2. Sadly, as a New Yorker editor said to me in the Nineties, when I submitted a translated short story, Dutch literature can be ‘derivative.’ In this case, I wonder if Rijneveld happened to read Miriam Toews’s A Complicated Kindness when Rijneveld was a teen.

JS Bach was a genius because he did it first; it was original and moved music forward from where he found it. CPE wrote good music but it was derivative. I wouldn’t mind Discomfort of Evening as just a book in the “growing up in a cult was a bitch” genre, but now that it’s won the International Booker...