A Standard Language Is a Dialect With an Army

Similar to most Flemish people, I find myself in between three types of language: my dialect (“mother tongue”), the tussentaal (“in-between language”) and the culture language (or “standard language”). My daughter will, for example, tell me I sound quite artificial when she listens to me on the radio. I am therefore forced to believe that I do, in fact, talk – think? – differently when I am sat in front of a microphone than when I am at home, where I feel less conspicuous. All those language varieties should be seen as part of a continuum.

At the beginning of that continuum, you will first encounter dialect. In the church at Boeschepe, French Flanders – where, on 12 July 1562, the very first hedge sermon took place – I once listened to two women tell a story about a fellow villager, who was shot and killed by French gendarmes inside the church in 1906. At the end of their story, which they had told speaking in immaculate French, I asked them in French whether they were also able to understand Dutch. ‘Nateurlik da wylder vlams klappen,’ (‘Of course we speak Flemish’) they replied. I was moved by the sound of their mother tongue, which was so similar to mine – West Flemish – yet sounded as if it had been kept safe underneath a cloche. It reminded me of a Flemish spoken in days gone by, a language that had been left to its own devices in a shielded environment, and is destined to disappear along with them. Signs in the French Flemish town of Godewaersvelde: "Here we speak Flemish"

If you continue to walk along the language continuum, you will pass the regiolect, and automatically end up at the tussentaal (“in-between language”). In Flanders, writer Geert van Istendael came up with a word for that language, which is no longer a dialect, but is not standard language either: Verkavelingsvlaams (“suburban Flemish”), the language that is regurgitated by haughty Flemish people living safely in their cosy little suburbs. Nothing but a limp usurper, he scoffed. In the Netherlands, on the other hand, people talk about Poldernederlands (“Polderdutch”).

I will leave tussentaal alone for now, will join you along the continuum, and end up at the standard language. A standard language is a language variety meant to be used in the public domain, i.e. in education and the media, in government, and every time we reach out to strangers, or people outside of our inner circle. A standard language is a dialect with an army, or – in other words – with power. Moreover, with the possibility to enforce said power. That power might be economic, political or cultural in nature – or even a mix of all of those types. Scientifically speaking, you cannot discriminate between a dialect and a language, seeing both can be described as a system. Languages, and standard languages in particular, claim to rise above the local level, and to serve a higher purpose. They are more prestigious. Standard languages hold their ground. Or, at least, the powers-that-be behind them do.

Linguist Joop van der Horst once said they divide the linguistic continuum into several lots. The Czech and Slovak languages, for example, consider themselves to be more different now, from back when there still was a Czechoslovakia. Serbian and Croatian are also moving further away from one another than they were back in Tito’s former Yugoslavia. Political constellations can therefore definitely affect a language’s image and self-esteem, and can actually transform it. Incidentally, languages go head to head in a struggle for power. If they are exposed to each other, they are affected by the other language, but that does not exclude a possible conflict.

You cannot simply use a word in your own language, if your interlocutor does not speak the same language, let alone understands it. Imagine you keep on doing that during a conversation; surprise will turn into misunderstanding; misunderstanding will turn into frustration. Frustration will end in your interlocutor running off, or even in a fistfight. In the struggle for power between languages, there is, of course, power in numbers, but we cannot ignore political, economic and cultural power. And prestige. In the 19th-century multilingual Habsburg Doppel-Monarchie ("Dual Monarchy"), German was clearly considered the official language, the lingua franca as well as the language of power. Whether a language lives on as a separate language, ultimately depends on the users of said language and whether they deem the language worthy enough to keep using it for all its functions. In the 18th century, for instance, Frisian had all but disappeared, but the Romantic era boosted people’s interest in the language, and the Frisians started to seek its recognition. In 1938, the Fryske Academy was founded. In 1943, the Bible was translated into Frisian for the first time. In 1955, Frisian could be used as the language of education in primary schools. In 1956, it became an official language of administration. Nowadays, the Frisian language still makes for an interesting case. Will it survive its neighbour, Dutch, and moreover, will it be able to cope with the ubiquity of English? Frisia has about 600,000 inhabitants. About 300,000 of them use Frisian on a daily basis. Most speakers of Frisian are not supported by written language. Then again, youngsters are said to tweet up a storm in some kind of version of Frisian. And, believe it or not, Frisians have told me that the archenemies of the Frisian language can be found in… Frisia.

A paradox remains in the fact that people often ask for recognition and protection mechanisms to support a language, right at the time that language is at death’s door, or, in other words, when it is one minute to midnight, and in fact, too late. This seems to be the case for “Flemish” in French Flanders; exactly when, as an experiment, French regionalists succeeded in having Flemish taught in a number of primary schools. 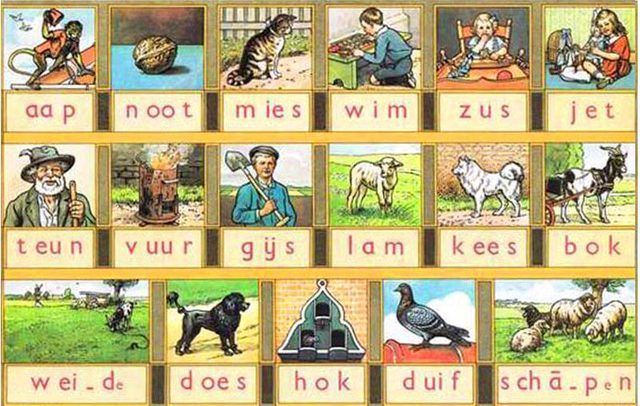