In the series Babel in the Low Countries, editor-in-chief Luc Devoldere contemplates the way we use language today, but just as easily delves into the past to consult with historical figures and writers who stand guard over language. In this article he links Dutch to our Proto-Human language.

Ever since God punished humankind for its hubris with the Babylonian confusion of tongues, people have felt the nostalgic urge to find that original Proto-Human language, which is believed to seamlessly merge perfection and universality. 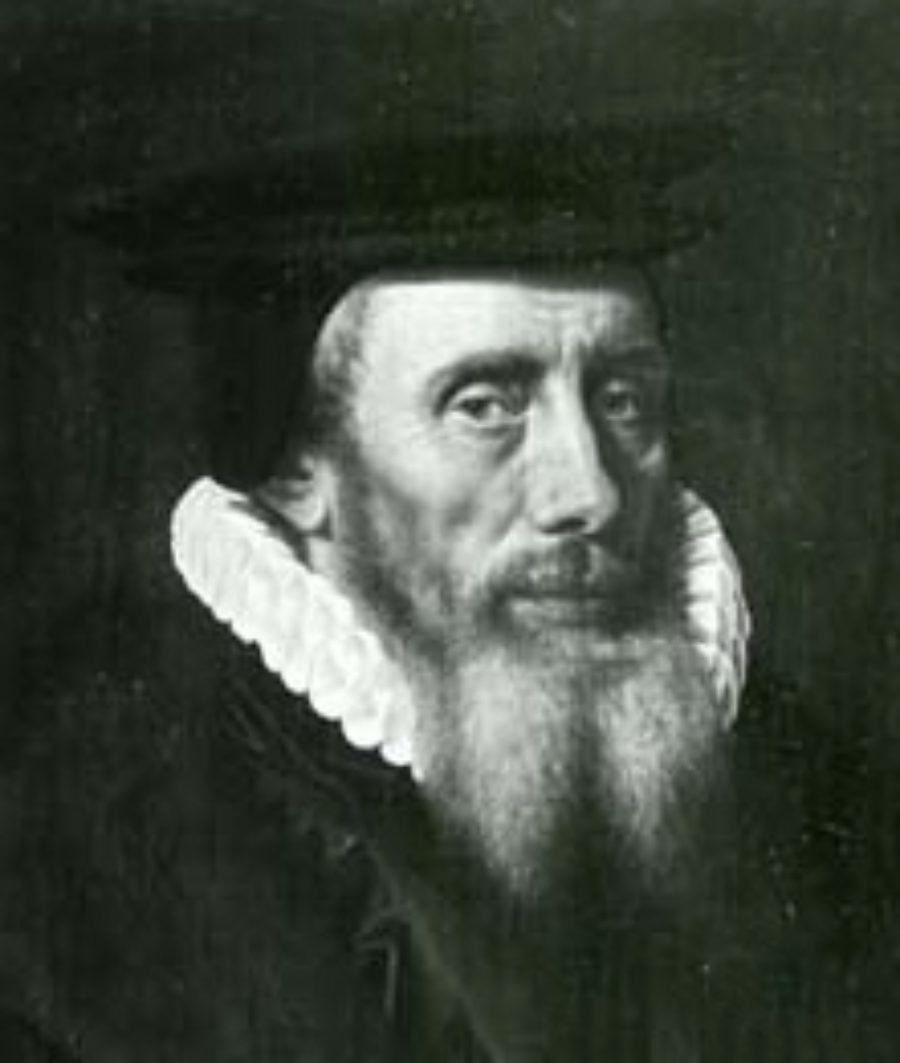 I already quoted Romanian author Emil Cioran, who stated that every language should consider itself perfect. In the 16th century, common vernaculars start to gain ground. Hence, it is no coincidence that 16th century humanist Jan van Gorp (Johannes Goropius Becanus) from Hilvarenbeek, wrote – albeit in Latin (Origines Antwerpianae, published by Plantijn in 1569), that Dutch/Diets was the oldest (and thus the best) language in the world. You might be familiar with the everyday version of this claim, which asserts that Adam and Eve spoke the Antwerp dialect in Paradise. I will spare you the details behind his reasoning, but what is important here is that he wanted to demonstrate that Dutch is a direct descendant of Kimric, a Germanic proto-language. This language was not related to either Latin or Greek, and was even considered older and holier than Hebrew. 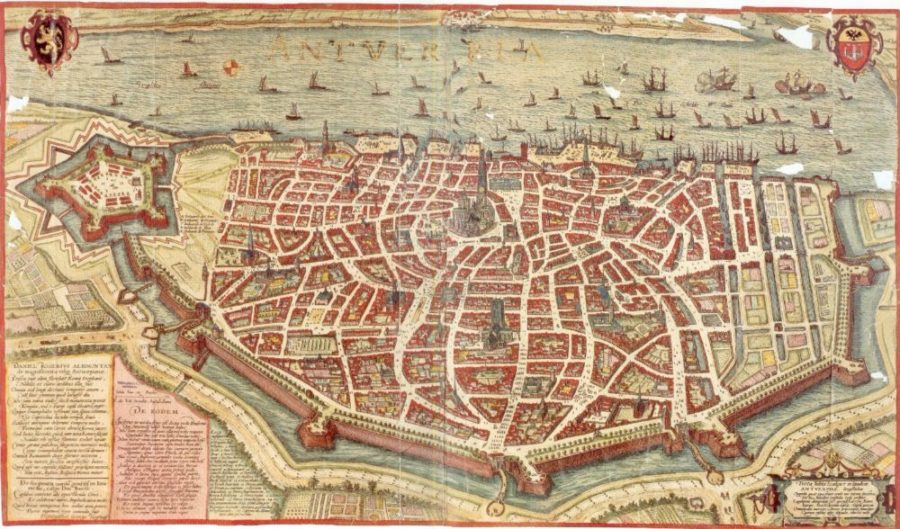 Map of Antwerp in 1598 by Joris Hoefnagel

According to Becanus, the Cimbri, who descended from Gimmer or Gomer – the eldest son of Japheth, Noah’s son – founded Antwerp. The language of this tribe hailed directly from Paradise. He continued his argumentation by adding an etymological point, i.e. that Duits/Diets is identical to Douts or d’outs, meaning ‘the eldest’. Se non è vero, è ben trovato. (If it is not true, at least it is clever) It is not by chance that Becanus put these thoughts to paper so confidently at a time when Antwerp and the Southern Netherlands were at the height of their economic and cultural prowess, even though those were turbulent times characterised by heated religious disputes.