Eighteen young Flemish and Dutch authors bring an artefact to life from the Slavery exhibition at the Rijksmuseum in Amsterdam. Anne-Goaitske Breteler wrote a short story inspired by a letter written in response to the abolition of slavery on the French side of Sint Maarten in 1848. 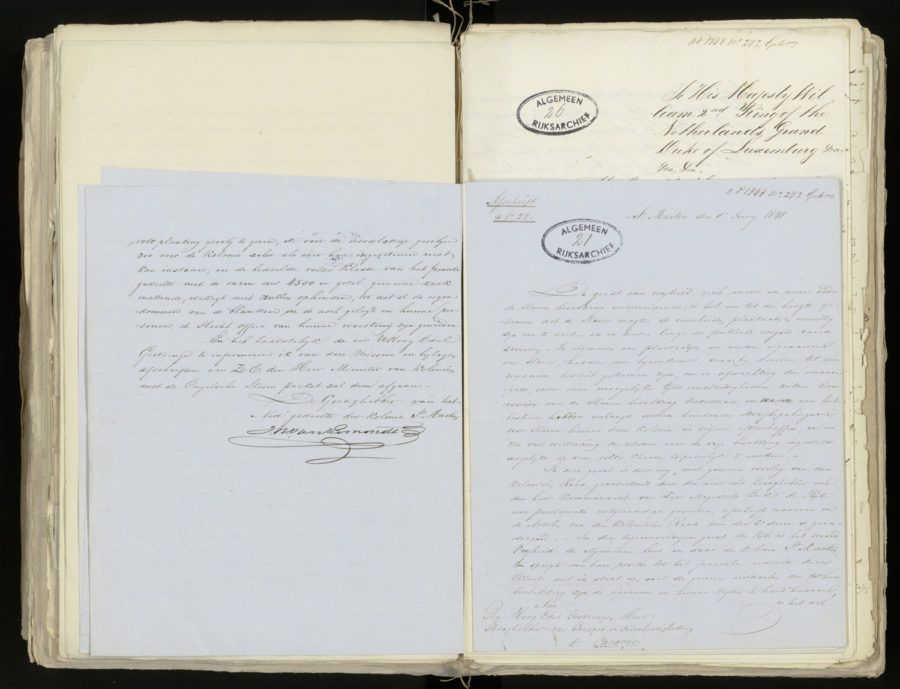 The glass door of the cabinet in the office reflects my beloved’s contorted face. He is writing, his frock coat stretched across his back. A candle illuminates perspiration on his forehead. I lean against the doorframe and watch him. The whalebone digs into my waist. I do not mind.

Perversely, my husband’s fear descends upon me. The insults he hurls at me and the children burn until late in the evening. The blows I will take, that is what I vowed to do, but he has to make the right choice. Give it to them, I hope.

The black ink gains more and more ground. Every now and then a sigh. A ceasefire and a look through the window. He does not sense me watching him. The battleground is in front of him. Out there. Out the gate and further than where our dear Vincent is allowed to go.

At the Diamond Plantation, which now lies fallow. Spat out by the mouths that have had enough of the light sugar. Beside the roads on the island where they wander and wait. Until he sets down their freedom in writing: de facto.

But the pen refuses. He slips his right hand under his chin. He lets his head rest. My anger mounts. I kneel in front of the door to the office. My folded hands in my lap. In that same nest my nine chicks found warmth.

Last Sunday we learned of the breaking of the shackles in the French North. I praised the holy Saint Maarten, the father of my homeland. He had been most generous to us, his white swans, but we have been hypocrites. Our insatiable beaks far too greedy.

Through the window the cold darkness confronts my husband. I want to hold his head, tell him to take a chance. As King Willem did not long ago.

La liberté, yet we are up against it. Up against the wall, where my beloved is drowning in his reflection. Give it to them, I hope. Cross out the official language that enslaves them. So they can finally sleep.

Breteler grew up at the foot of the Zeedijk in Friesland. Having completed degrees in Cultural Anthropology and Public History in Amsterdam, she moved back to her native soil. In 2018 her non-fiction debut De traanjagers (Amsterdam University Press) was published, followed in 2020 by the Frisian children’s book In nuvere nacht. She writes columns and editorials, gives readings for young and old, curates exhibitions and took part in De Verwonderkamer (‘The Cabinet of Curiosities’, a collaboration between Flemish and Frisian writers). The relationship between city and countryside is a central theme in all of her work.