Publications
Around the World with Soprano Lisa Mostin
0 Comments
delen

Around the World with Soprano Lisa Mostin

“My home is wherever my suitcase is”: that is the attitude with which the young and famous Flemish soprano Lisa Mostin is conquering the world. She sings the most coveted parts in the opera repertoire, from Stuttgart to Ramallah and from Amsterdam to the world famous Deutsche Oper in Berlin. There are few European cities where Lisa’s voice has not been heard. To her, the stage is a place where she can freely experiment, while approaching the core of her being. “Letting the music flow through your body is a god-like experience”, according to the singer. In order to experience it, Lisa is prepared to make many sacrifices. Even if that means she has to live an uprooted existence. 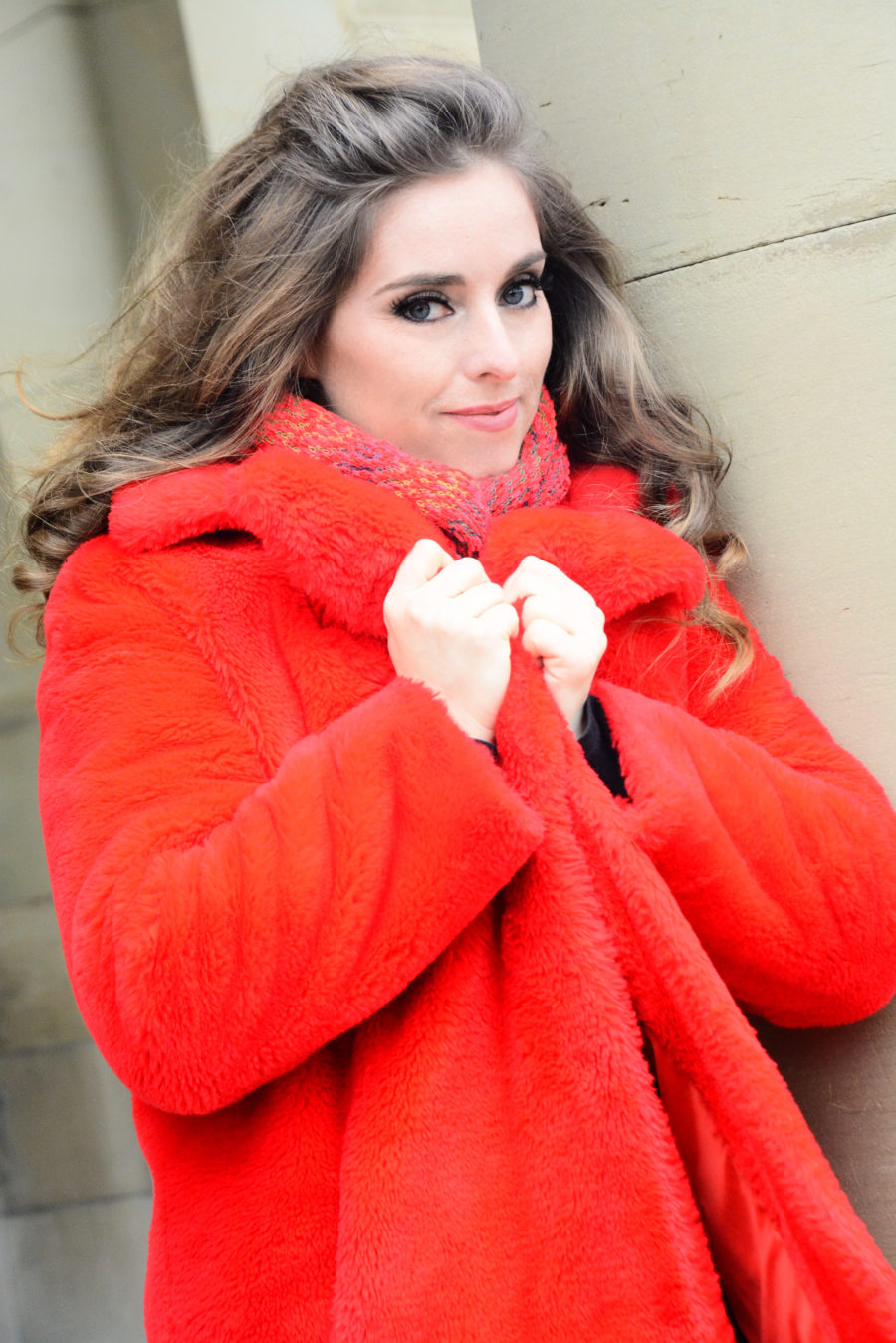 Born in Wilrijk, Lisa began her career as a student at the conservatoire in Maastricht, shortly before she conquered the rest of Europe. Mostin: "It takes a while to get accustomed to each country, particularly due to the language difference. If you think that ordering your dinner in another language is a challenge, you should try to decipher an Italian musical number full of mythological references.” Yet it is these challenges that make mastering a craft interesting, according to Lisa. Starting out at as part of the local Catholic children’s choir, and after years of hard work, she managed to land the role of ‘Queen of the Night’ at the world famous Deutsche Oper in Berlin. And that is not all. The Flemish singer will make an appearance on the red carpet of an international film festival, celebrating her role as an opera singer in ‘Barefoot Emperor.’

Finding comfort in yourself

At first sight it seems like a fabulous existence. Yet, Lisa knows like no other how much one needs to be willing to sacrifice. “Of course I am privileged to visit the most beautiful places on earth. But it can get lonely, to come home late at night to a stuffy hotel room in a city you don’t know.” Luckily, music is the singer’s main, all-encompassing love; she doesn’t long for a traditional marriage. She is someone who desires for a certain measure of loneliness. “You have to be able to find a central focus within yourself, to be able to recharge off that. If not, you won’t be able to keep up with all this moving around. Travelling can be disruptive, in some way, because it requires you to give up a part of yourself.”

I am privileged to visit the most beautiful places on earth

After years of international nomadic travel, Lisa decided last year to purchase a studio in Belgium. She liked the idea of having a home base. Ironically, however, she has seldom slept there since the purchase. Yet it remains important to her to return to her home country every so often. “I lost my parents when I was twenty-one. By wandering the streets where we spent time together, I get to feel close to the family I lost. When I travel I always bring two candles, which I light wherever I find myself in the world. Those lights symbolise my parents.”

Self-development ‘on the road’

The singer tries to be open to learning new things in every country she visits, something that allows her to develop herself personally and artistically. “One thing I learnt is how important it is to approach every culture without judgement. Germany, for example, surprised me in a positive way. When I just started out in my career the German people lovingly welcomed me. The fact that I now get to perform these beautiful parts is partly thanks to the people of Saxony who believed in me way back when.”

Vienna is another city earning Lisa’s praise. While there she met the Hungarian singer Sylvia Geszty. “She helped me when I sang ‘Der Hölle Rache’ by Mozart. It is a piece of music with some of the highest notes a human being can produce. When we said our goodbyes she gave me a pair of shoes as a present. She had worn them herself during important performances. I wore those beautiful lacquer shoes during my audition for the Deutsche Oper in Berlin. My voice was not in the best shape that day, but Sylvia’s encouragement got me through it.”

Several meetings in Italy have also been a deciding factor in Lisa’s development. As a Belgian woman from a Flemish catholic family she was raised with a certain degree of inhibition, something she became increasingly aware of amongst the Italians in Florence. The soprana sees the stage as a place where she can experiment with who she is. “I feel less vulnerable there than in real life, because I can hide behind a character.” Expressing yourself through music is a form of self-development, according to Lisa. “Singing is my way of healing myself. I find myself thinking ‘Why don’t you put on a nice record, or visit an opera’, when I hear people around me complain. We are privileged in comparison to other places in the world. Our problems are often relative.”

The world before and after Jerusalem

One of Lisa’s most extraordinary experiences was singing for the Palestinian people in Jerusalem and Ramallah. Due to the checkpoints in Palestine, access to classical music is not a given for everyone. In order to revitalise the new department of the conservatoire in Jerusalem’s Old City, a worldwide competition for young composers was organised in 2015. It was won by a 19-year old Syrian-Palestinian refugee, and Lisa was invited, together with her cellist and pianist, to perform his piece. It was one of the most intense experiences of her career. “Despite my shock over the local situation in the area, I tried my best to give visitors a beautiful experience. After Jerusalem, I started to see the word in a different light. A lot of visitors, on their way to our concert, were stopped at the checkpoints. It was incredibly sad to see.” Through this journey, Lisa became even more aware of the relativity of those issues classified as problematic in the ‘First World’. “We easily consider ourselves victims, but in Jerusalem people are forced to live with so many frustrations. There are so many good intentions, but people experience a major resistance to them." 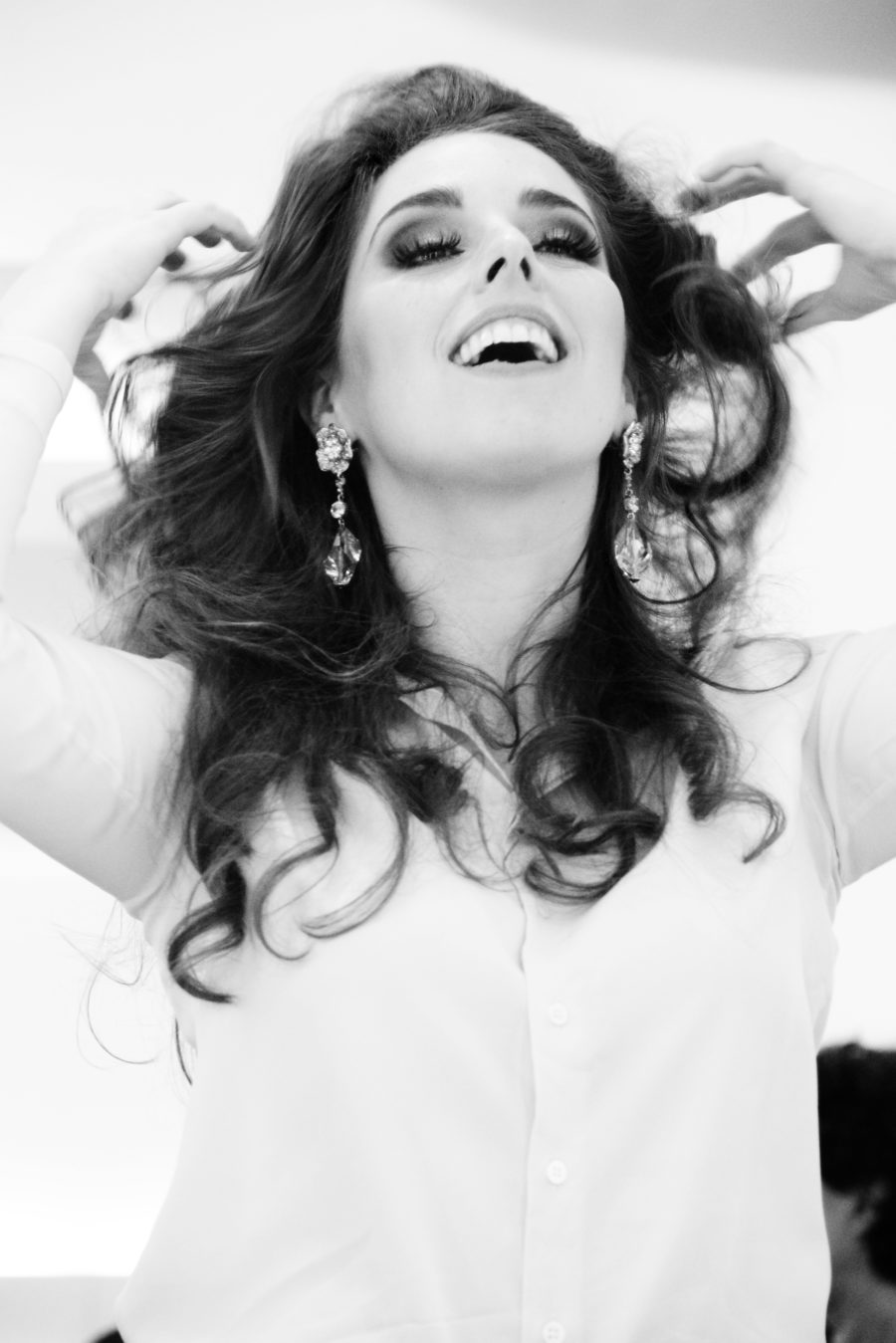 Lisa Mostin feels privileged to work in a field that allows her to develop so much worldly awareness and travel to so many special places. A visit to the home of Mozart in Salzburg made a lasting impression on her. “According to the Dalai Lama, this area has some of the most holy vibrations on earth. When I walked in those mountains, I felt intensely happy." The same magical feeling hit her on the Croatian island Brijuni, once privately owned by the Yugoslavian president Tito. “After a performance with Oscar-winning actress Vanessa Redgrave we visited the local historical museum and I distinctly remember its bizarre collection of taxidermied animals. As a singer you find yourself in the strangest of places.”

Despite the many highlights the talented singer has experienced, she also appreciates the periods of hardship. “I am grateful for everything that comes my way. When two people walk the same path, one perseveres and another gives up. That is purely due to a difference in perception. I try to remember this when I find myself demotivated during a busy period. A visit to Belgium always helps to refuel, too. Just a moment of focus and on we go. I sometimes feel like a boomerang, always returning home.”