Come See our Video Poems in Ostend and Utrecht

Imagine what it would be like if a poem by Bart Moeyaert or Lieke Marsman came to life, and their words became a series of moving images? No need to use your imagination any longer, for Bewogen Verzen (Moving Verses) will show you exactly what can happen through the magic of videography. For the project, nine youngsters from the Low Countries created poetic films based on their favourite Dutch-language poem. Their work will be showcased on 22 September at Woordzee (Sea of Words), the Ostend festival dedicated to words and books, and on 28 September, during the Utrecht Night of Poetry. 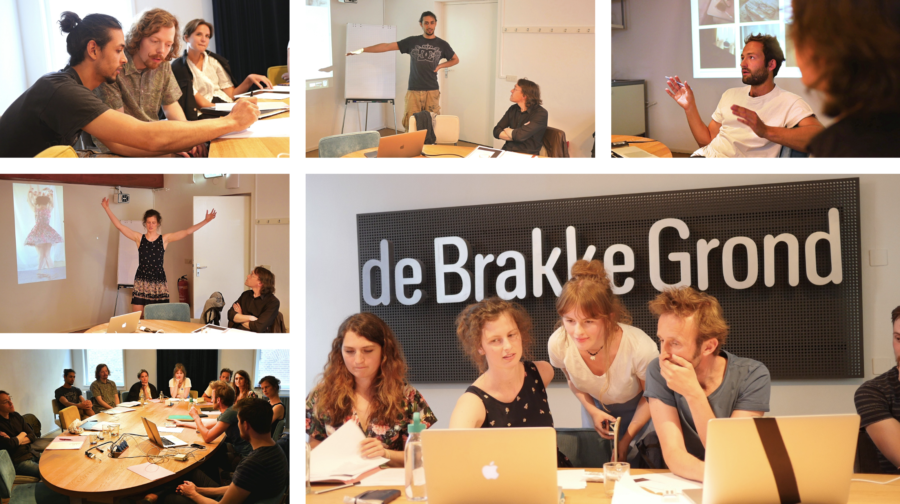 After an open call had been posted all over Flanders and the Netherlands, hundreds of youngsters sent in their number one poems, with a single caveat: they had to be published after the year 2000. A dedicated poetry jury then shortlisted thirty of those poems. Following another widespread call, nine young videographers were selected. Each of them got to work on one of those thirty poems.

Every participant received 1,000 Euros to realise his/her visual interpretation of the chosen poem. They were all coached during thee inspirational workshops by motion designer Klaas Verpoest. The videographers experimented with drones, filmed original locations and got creative with unusual materials. While one of them chose to bring the verses alive using 3D visualisations and live action, another one opted for film images or animation.

In order to be able to promote Dutch-language poetry beyond linguistic and national borders, each poem’s visual interpretation was translated into Dutch, French and English. Pick of the crop

The following poems were chosen to be ‘reimagined’ through video.

· ‘Houston We Have a Problem’ by Lotte Dodion, video poem by Younes Laaguidi (1995, Dortmund/Rotterdam, NL) In September, the video poems will be screened for the first time in front of a live audience. The Flemish premiere is set to take place on Sunday 22 September at the Ostend festival Woordzee (Sea of Words). There, the video poems will be shown at five rather atypical locations. On Saturday 28 September, you can check out the videos at Utrecht’s Tivoli-Vredenburg during the Night of Poetry. The audience will be able to admire them on the big screen from 8 PM to 3 AM, right before or after various musical performances. Once the premieres are over, all creations will be taking part in competitions and festivals abroad.

From 1 October onwards, everyone will be able to enjoy the video poems via Ons Erfdeel vzw’s multilingual websites (www.de-lage-landen.com, www.les-plats-pays.com, www.the-low-countries.com) and the website of Poëziecentrum. Furthermore, in a continuous effort to encourage reading and promote poetry, the videos will be freely available to pupils in secondary education, and will be incorporated in a number of university programmes focusing on the Dutch language both in Flanders and the Netherlands and abroad. A project such as Bewogen Verzen (Moving Verses) comes with a wide variety of benefits. For one, it boosts video poetry, which remains an underused strand of the literary arts. Moreover, producing multilingual videos allows talented Dutch-language poets to make a name for themselves far beyond our national borders. The poems’ iconic value also demonstrates just how much power lies within contemporary Dutch-language poetry. And, finally – and possibly most importantly –, junior videographers get to experiment with poetry, an art form they might otherwise rarely come across.

Bewogen Verzen (Moving Verses) was made possible with the financial support of the Nederlands Letterenfonds (Dutch Foundation for Literature).