Cheers in the Amsterdam Stock Exchange

No one saw it coming. But Amsterdam has overtaken London as Europe’ main share trading hub for the first time since the 17th century.

In January 2021, Dutch traders at Euronext Amsterdam recorded an average of €9.2 billion share transactions a day, compared to €8.6 billion in London, according to a report in the Financial Times.

The Dutch had wasted no time in scooping up share trading lost to London because of Brexit, increasing the volume handled in Amsterdam by 400 percent in just a few weeks. The stock markets in Frankfurt, Milan and Paris also registered gains due to the UK’s decision to quit the European Union, but Amsterdam made the biggest killing. The Dutch city has also snapped up EU carbon trading business worth €1 billion a day as a result of the United Kingdom leaving the EU framework.

It was a small triumph for a trading nation that once sat at the heart of the global economy. According to historians, the world’s first organised stock market was created in 1602 when the Dutch East India Company (VOC) invited subscribers to invest in the company. The aim was to finance the long and risky voyages to the East Indies, when ships might return laden with precious spices, but might just as easily sink in a storm. The share certificates allowed the risk to be spread across a large number of investors, so no one was going to be wiped out by disaster.

More than one thousand people took up the initial offer. The list included more than 400 small shareholders from every level of society. Among them, bakers, basket makers, barbers and even housekeepers.

In 1608, the city commissioned the architect Hendrick de Keyser to construct a stock exchange building near the Dam.

The Hendrick de Keyser Stock Exchange, finished in 1611, was the first merchant exchange in Amsterdam and the forerunner of today's Dutch stock exchange. © inter-antiquariaat.nl

The original building has gone. It was replaced in 1896 by a new Beurs designed by Hendrik Petrus Berlage in Amsterdam School style. The brokers have now moved out of the building known as the Beurs van Berlage. It is currently occupied by a conference centre, exhibition hall and Tony’s Chocolonely Chocolate Bar.

But maybe the brokers will return to the Beurs one day. Beidt uw Tijd, it says on the clock tower. Your time will come. The Beurs van Berlage is now a conference, expo and events centre with 25 halls and rooms for up to 3.000 visitors. © Beurs of Berlage 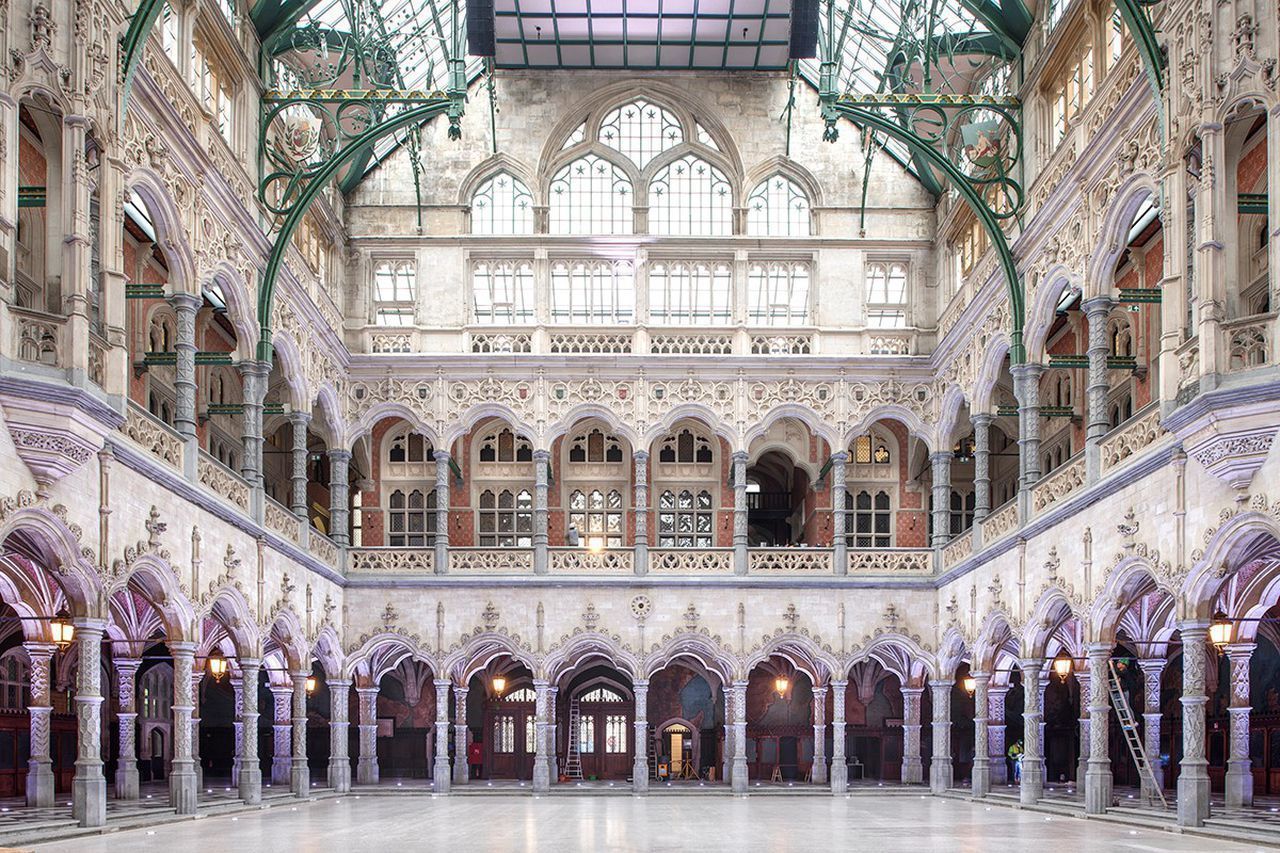