Whether it’s chamber opera, music theatre, compositions for orchestra, choir or solo instruments, Annelies Van Parys has mastered it all. The Flemish composer, winner of numerous awards, is now one of the most sought-after contemporary composers in Europe. So what makes her talent so unique?

When someone from Belgium leafs through a book on music history, the pages covering the 15th and 16th centuries inevitably feel somewhat familiar. After all, composers of that time who made it big on the international scene were born in places such as Tournai, Ronse, Ypres or Roeselare, and had familiar surnames: (Josquin) Des Prez, (Cipriano) de Rore, (Jacobus) de Kerle, or (Adriaan) Willaert. We cannot predict whether future generations might have the same sense of recognition when reading about music of the 20th and 21st centuries, but it is clear that many of ‘our’ composers are once again being recognised across the world.

Annelies Van Parys (b. 1975, Bruges) is one such Flemish composer on the international map. Her music has been played and diffused far and wide, from Germany and Sweden to America. She has been commissioned by leading ensembles both in the Netherlands and abroad. In 2019, she received the (radio) Klara Award for composition – and music personality – of the year. All the more reason to take a moment to consider this female lead figure of the Flemish school. After all, an international reputation like that of Annelies Van Parys does not simply materialise out of thin air.

The composer’s roots can be traced to Beernem near Bruges, where Van Parys received her first music training at the local music school. But it was in Ghent that she emerged as a promising, young composer. It is there, at the Royal Conservatory, that she studied piano under Johan Duijck and composition with Luc Brewaeys, who would go on to become her mentor. One of the most notable Flemish composers of his time, Brewaeys introduced Parys to the magical world of spectralism. In contrast to the numerous other stylistic ‘-isms’ of the 20th century, spectralism is anything but clearly defined as a genre. Under that umbrella term, there are as many aesthetic streams as there are composers. What the latter all share, however, is an endless preoccupation with the core of sound itself.

A fascination for sound certainly binds together the musical oeuvre of Annelies Van Parys. Without intending a psychoanalytical study, this sonorous sensitivity can be linked to the sounds Van Parys was attracted to as a young girl: the ringing of church bells. If you listen carefully, you can hear in her works not only the bells themselves, but also an underlying hum and then a very rich spectrum of higher sounding overtones. The composer reports that she experienced this layering of sound early on, further noticing the rhythmic shifts that occur as bells ring at different speeds. With multiple bell sets, complex rhythmic-melodic patterns arise.

Cross a young talent with sensitive ears and an established composer such as Luc Brewaeys – seeking to connect with so-called ‘spectral composers’ – and this can only yield ample fertile ground for ideas. Through Brewaeys, Parys became familiar with the sound worlds of Gérard Grisey, Tristan Murail and Jonathan Harvey. Brewaeys’ own influence on the work of Annelies Van Parys is certain, but her mark as a composer has always been hers alone.

That mark is one of sensuality and refinement, where rational structures and compositional craft go together with emotional and poetic persuasion. While mathematical analysis of the frequency spectrum of complex bell sounds may provide the foundation for a sophisticated compositional process, the expressive musical result is paramount.

Even so, sound is not an aim in itself, what interests her is what sounds can generate. What does a particular sound do to a listener and how does it fit into the story of a composition? While a sound may be very beautiful, it might not be suited to the message of the music (or the narrative, in music theatre)… Sounds that are less pleasing or more distorted might equally need to be called on to emphasize darker emotions.

In addition to her penchant for bell-like sounds, the oeuvre of Annelies Van Parys reveals that she is not afraid to enter in a dialogue with the classical music canon. Not only does she draw inspiration from the works of other composers, she re-uses them to great effect. Quite early in her career, she made a number of remarkable reworkings of music by Debussy. This choice of composer is no accident, when you know that the interest in sound that spectral composers have is closely related to the focus on sound colours among impressionist composers such as Debussy and Ravel.

In many compositions, her musical theatre works in particular, Van Parys takes orchestration of existing music a step further. In An Oresteia (2010), for instance, she wove new compositions into the original score by Iannis Xenakis. And for The Diary of One Who Disappeared (2017), a production of Muziektheater Transparant directed by Ivo van Hove, she again successfully created a new entity, this time combining her own music with the eponymous song cycle by Leoš Janáček. Annelies Van Parys composed music for 'The Diary of One who Disappeared', a production of Muziektheater Transparant Ⓒ Jan Versweyveld

In her most recent chamber opera Usher (2018), written for the Berlin Staatsoper, Van Parys has returned to Debussy. From the existing 20 minutes of his unfinished opera La Chute de la Maison Usher, a new sonorous world emerges in which arrangement, collage and newly composed music reach an exceptional harmony. Next to Angel from Luc Tuymans at Concertgebouw Brugge.

The collaboration with her partner, the writer Gaea Schoeters, here (as in most of Van Parys’s vocal works) guarantees an intimate link between text and music, which is also very effective in smaller-scale works, such as the duet for tenor saxophone and mezzo-soprano Ah, cette fable, composed in 2017 for the Angel Room in Amsterdam’s Concertgebouw: the music enters into dialogue with the famous mural by Luc Tuymans, Angel.

That Annelies Van Parys does not hesitate to reference and make collages with existing music is also evident from An Archive of Love, which was performed in 2018 in Bruges, Rotterdam and Stuttgart. In that production her own music, including Ah, cette fable in a version for six voices, is combined with music by Monteverdi, Claude Vivier and José Sanchez-Verdu. Even the Pointer Sisters get a look in. Does this amount to a mess? No chance of that when processed through the unifying pass-filter of this composer.

Music with a future

With her recent compositions and performances, Annelies Van Parys has increasingly gained an international audience. Her music is performed by internationally renowned ensembles and co-productions between different cultural institutions allow for a broader dissemination of her work. Yet it appears Van Parys does not suffer from self-importance. For example, the newspaper De Tijd ran the following quote in the headline of an interview: ‘I silently die inside at every premiere.’

It is not that the composer is lacking in confidence, but she puts her all into every assignment and is only satisfied when in the actual performance a composition proves to work just as she had imagined. From someone with such an artistic honesty and work ethic, we can surely expect many more beautiful creations well into the future. 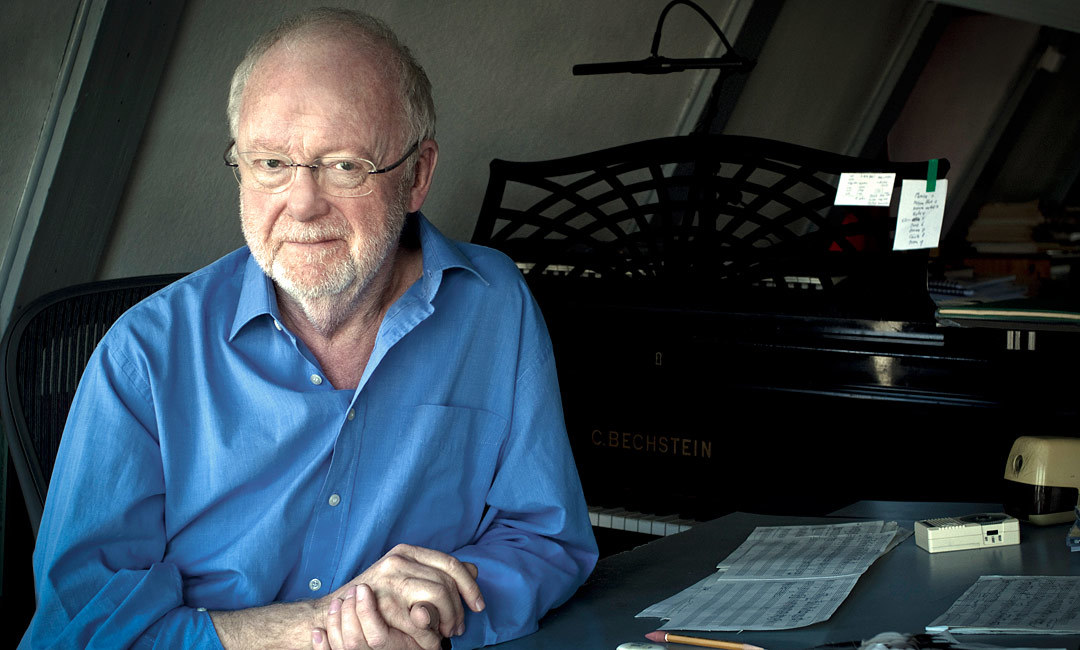