Loes Wijnhoven has written a funny debut novel about a millennial living life passing from hotel to hotel.

According to a small and completely unscientific survey recently carried out by me, there are roughly three types of summer readers. The first group make use of summer’s relative tranquillity and free time to (re)read the real classics. On their reading list, you’ll find Michel de Montaigne, Marcel Proust and Thomas Mann, heavy tomes that are too difficult to fit in during the busy working year. Another group of readers use the extra time to reread old favourites, hoping to find these still provide the reading pleasure they remember, whether that’s novels by the American writer J.D. Salinger or the Flemish comics of Willy Vandersteen. 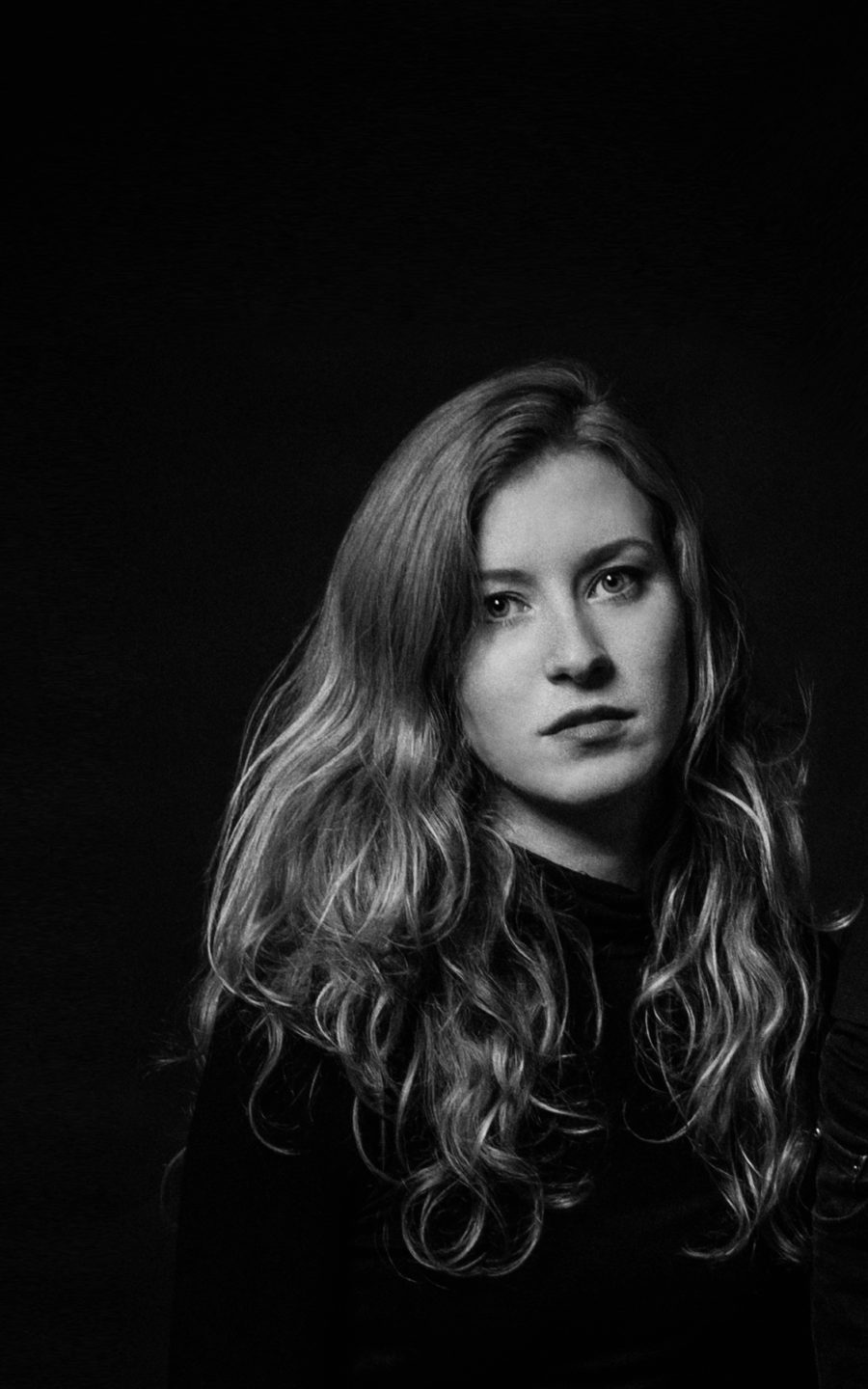 The last group prefer to unwind during the holidays and reach for relaxing literature, suitable for reading by the pool, where splashing children vie for attention. They choose books that are well written and no effort to read, that are not highbrow but still have the necessary depth, novels with momentum and humour.

Readers in the latter category will have no trouble adding De hotelgids (The hotel guide) by the Dutch writer Loes Wijnhoven (b. 1990) to their reading list. It guarantees several hours of unadulterated reading pleasure, filled with laughter and the reader is rewarded with some new insights at the end.

Wijnhoven is in her early thirties. So, a millennial, according to the experts who give generations a name and bestow it with all kinds of characteristics. Lovers of Dutch pop might know Loes Wijnhoven from the band Clean Pete, in which she plays and sings with her twin sister Renée. Together they make beautiful singer-songwriter music, which, despite the language barrier, was labelled as “intriguing” by the leading music magazine Rolling Stone.

According to the inside flap of her debut novel, if Loes Wijnhoven is not working on songs or singing, she writes. And this she also does in an at times intriguing way. Her style is light-hearted, playful, often tongue in cheek, because irony turns out to be part of a millennial’s take on life.

We meet main character Louisa as she breaks up with her boyfriend of the day, Ivo. This radio host with an orgasmic voice is rich and sweet and everything, and together they form a dream couple that passers-by spontaneously applaud, but after a few months Louisa realizes that she is bored to death in his company. And boredom is a mortal sin. Louisa wants to go to parties wearing glittery dresses and seduce handsome men, that’s life.

On the cusp of leaving Ivo, she “borrows” his idea to write a hotel guide, a collection of stories about hotel rooms, those places that feel “as if you are temporarily reshaping your life, with no memories in the walls, no dreams of the future on the ceiling, there is only here and now and this room.”

So Louisa sets off on her own and with a shoe-string budget she starts in Paris. Her expectations are not too high, she simply wants some more excitement. As a classical singer, she was once allowed to sing at her favourite venue, the Concertgebouw in Amsterdam, but that is where things went wrong for her. The disapproving sigh of a woman sitting near the front still keeps her awake at night years later. She realizes that no matter how prepared she may be, she will never have absolute control over her performance. So Louisa stops trying to control anything at all and surrenders to chance.

This takes her to surprising places, from chic hotels in castles on the green outskirts of Paris to nice family hotels on the Wadden Islands to shabby backstreet hotels in Berlin. Louisa gets to know new friends for the moment, who often end up in bed with her. Because Louisa is always in the mood for sex, it is one of her main motivations. It was after that fateful night at the Concertgebouw that she first wandered the streets to pick up a boy at random. Carnal love with a complete stranger after that show gives her the feeling that she is once again perfect, a goddess. Soon, she can no longer live without it. 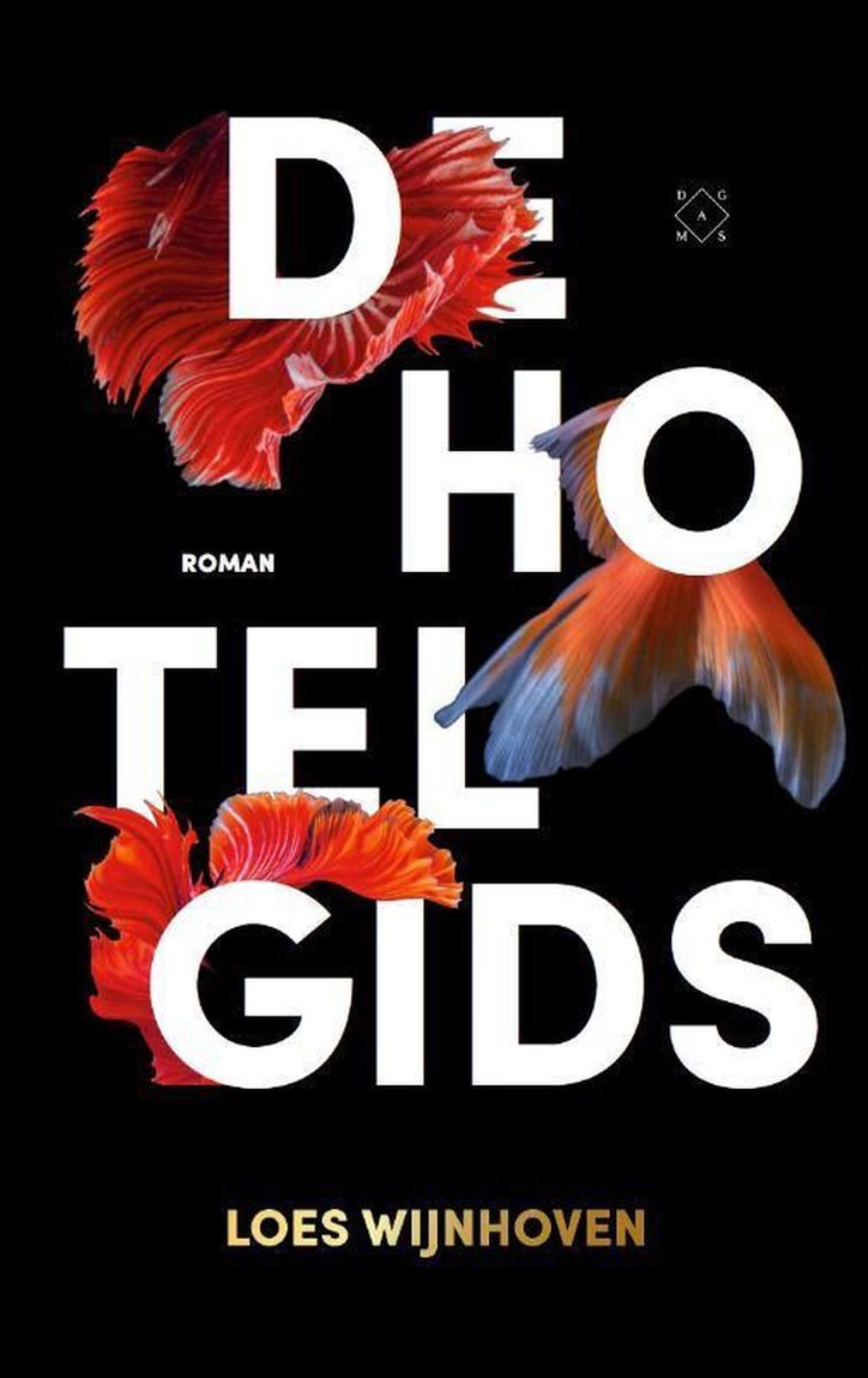 But wandering from hotel to hotel and from temporary sex friend to hanging out with new-found girlfriends for an evening, Louisa learns that life as a social butterfly isn’t all bliss. Between all the light-hearted descriptions of erotic adventures, parties, receptions and other bacchanals, Louisa gets to know herself, to form an image of herself. And that is not always pretty, she realizes with a dose of self-criticism. This gives De hotelgids (The hotel guide) a slightly philosophical tinge, giving the book more depth than initially suspected, although the comparison with Sartre on the inside cover is somewhat exaggerated. But don’t worry, there are enough original thoughts here to dwell on, while you discover how millennials really consider life.

Excerpt from ‘De hotelgids’, as translated by Paul Vincent

I walked over to my coffee-making machine in my pink pyjamas. The coffee flowed, I exchanged my pyjamas for a black tracksuit, poured my coffee into an insulated mug, tied the laces of my trainers and went out of the door. I didn’t mind the fact that the world could see from my unbrushed hair and unmade-up face that I had had a heavy night, in fact, I felt the outside world should know about it. With the coffee in my hands, I ran through the streets around my house. It had been raining and the leaves stuck to my trainers. A short distance away I heard the primary school playground. A cosy sound. I decided to go towards it. I was seized by a strange feeling as I stood looking with my dishevelled appearance at the children who were playing for all they were worth. They looked funny. They chased each other in circles, sat on the ground crying, slid off the slide, knocked plastic toys out of each other’s hands. I also looked at the parents who were collecting their children for lunch. I saw men and women who had looked for a purpose in life and had found it. I in my tracksuit stood looking at it and I thought: I managed to resist the temptation of a purpose in life. I tried to make that sound like an achievement in my head.

I walked away from the playground, back home, drank a mouthful of cold coffee, felt the first drops announcing a shower, hoped that the rain would bucket over me, ignored the fact that one of my laces was undone, reflected on the difference between a purpose in life and depth and on whether there can be depth when there is absolutely no sense of purpose.

That night in bed I began to find the thought that I could not produce a hotel guide all by myself incredible. It felt like a weak excuse to postpone what for some time had been becoming inevitable. If I really wanted to free myself from everything and everyone, I had to do so alone. And why shouldn’t I? I had sung alone for years. I must ensure I was as careful with the hotel guide as with my vocal cords. I had never yet looked at a hotel guide, but resolved to acquire several. I myself would become the expert one wants by one’s side. I would look at documentaries on hotel guides and look for information in the library, I would check to see whether there were lectures on hotel guides and if there were, I would attend them, I would become obsessively involved and neglect my private life, despite all the other hotel-guide writers, I would be acclaimed as hotel guide writer of the year and with a poker face announce on TV that no one in the Netherlands has specialised in hotel guides to the same extent as me.