Dutch Artists in the UK: Look Beyond London for New Opportunities

The United Kingdom was the fourth most visited country by Dutch artists in 2018. According to DutchCulture, London and the music industry dominate the Dutch cultural production in the country. But it is well worth looking beyond the capital and discover new opportunities.

Sun is in the sky oh why oh why? / Would I wanna be anywhere else"

Lily Allen is obviously not the only musician who posed the above quoted rhetorical question, seen the dominance of London and the music industry in the Dutch cultural production in the United Kingdom. In 2018, 357 Dutch artists participated in 924 cultural activities across the UK. Out of the 924 events 336, more than 35% happened in London, while 55% of them were music performances. Wow.

Looking at the factsheet of the UK data, the main question of this article: What are the most important trends that characterize the Dutch cultural activities in the United Kingdom in 2018? can be easily answered at the first glance: London. Music. London. Music. Anne Frank House. October. Festivals. Music. Did I mention London?

But let me add nuance this picture and give meaning to the numbers. 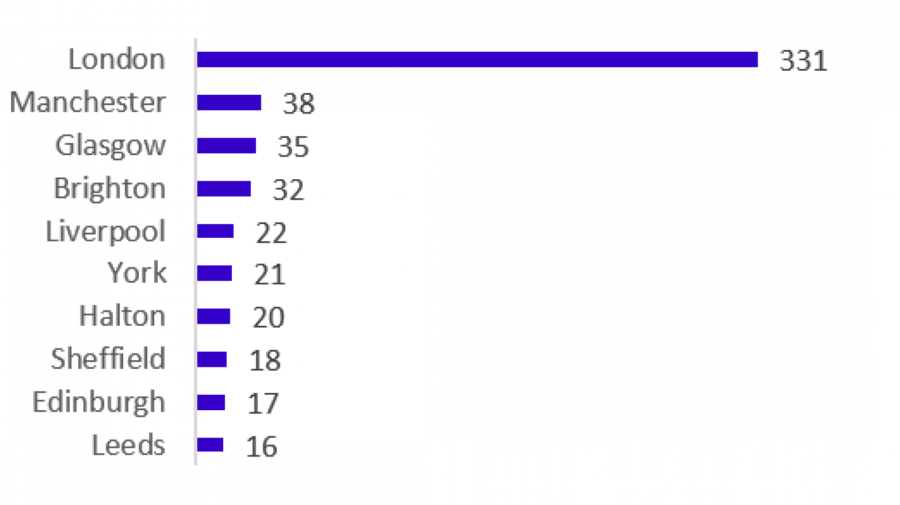 Top of the pops

It is very specific to the UK data that those who are at the top positions of the Top 10 lists – top cities, top travelers, top disciplines etc. – are extremely successful compared to the ’seconds’.

There were 336 events in London, while Manchester, which is the second most active city when it comes to receiving Dutch artists, ‘only’ had 38.

The Anne Frank House organized 89 workshops in the UK last year, while the second to tenth most active artists – all musicians by the way – had on average 21 performances.

Music alone makes 55% of all the events, while the second discipline, audiovisual media, is responsible for only 10%. It logically follows that festivals and stages (which are somewhat overlapping categories) together account for 67% of all venue types.

And if you look at the timeline, October – and somewhat November - jump out as the most busy months from the otherwise balanced line.

What does this tell you, if you are an artist? Go to London in October, if you want to book high ticket sales. Or you can follow another logic and visit other cities, at other times of the year because it might be easier to stand out there. We can also add to this somewhat pragmatic advice, that looking behind the obvious choices can be very inspiring for artists. That is, among others, the motivation behind the MINDSCAPES programme of the Embassy in London and DutchCulture in cooperation with the Sick! Festival: to go beyond London, focus on Greater Manchester, let Dutch artists discover this area, and of course, vice versa. MINDSCAPES will happen next year, but there is already more and more happening around Manchester now.

It is self-explanatory why London is the centre of cultural activities, but how did The Anne Frank House make it to the top position of frequent flyers? The Anne Frank house develops exhibitions and workshops about topics such as the Second World War, conflicting fundamental and human rights, and discrimination. These exhibitions and workshops tour worldwide and they can be easily hosted in any school or other suitable location. The Anne Frank house is very active, involved in over seventy countries in telling the story of Anne Frank. This active educational work and its influence can be seen on other charts of the UK factsheet too: Anne Frank House is significantly responsible for the 15% of the educational institutions in the Events by venue type chart (see the Factsheet pdf) and 11% of heritage in the Events by Discipline chart (fig. 2). 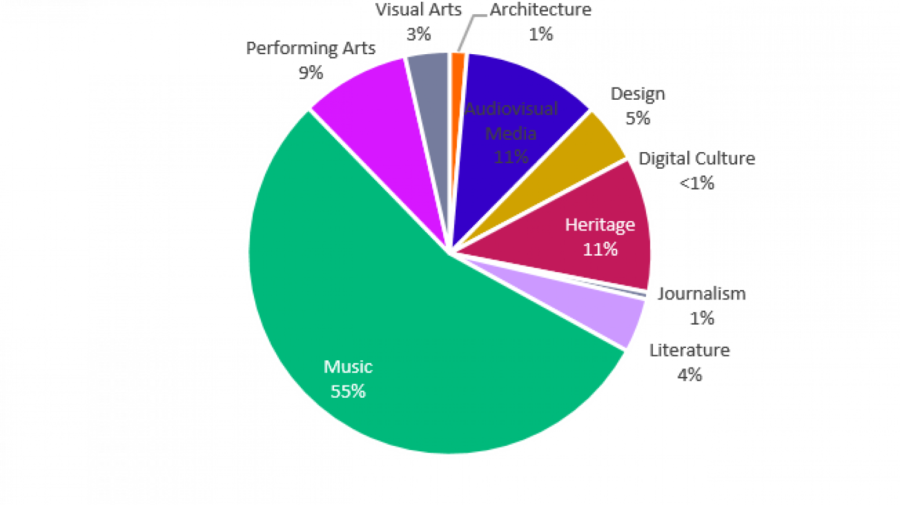 Besides The Anne Frank House, only musicians made it to the top ten frequent flyers list. Caro Emerald, Pip Blom, Canshaker Pi, Amber Arcades, Paceshifters, but also others, like The Homesick and Emil or Landman all toured through the country and had quite a few performances. Caro Emerald and her band, the Grandmono Orchestra, performed 29 times with their new show, which features Latin as one of the main musical influences.

Other musicians from the list, like Pip Blom, Canshaker Pi and Paceshifters were all involved in The Great Escape festival of Brighton, and that is not an accident. In 2018 the Netherlands was the lead international partner at The Great Escape where Dutch musicians had 23 performances: a remarkable number for the field. The Great Escape is a very important platform, because it is famously attended by the music industry leaders who are on the hunt for the next big thing. And for the audience this is the first place to discover ’new favourite artists’ and see them in an intimate setting before they go on to headline major festival stages.

The opposite of Great Escape’s intimacy is represented by the Ministry of Sound festival in London on the top ten venues list. ’The home of dance music’ hosted twenty Dutch performances last year, same as the Creamfields festival in Halton. There are no less than three electronic music festivals among the ten most popular UK venues for Dutchies: SW4, tenth on the list, hosted eight performances by Dutch DJs. 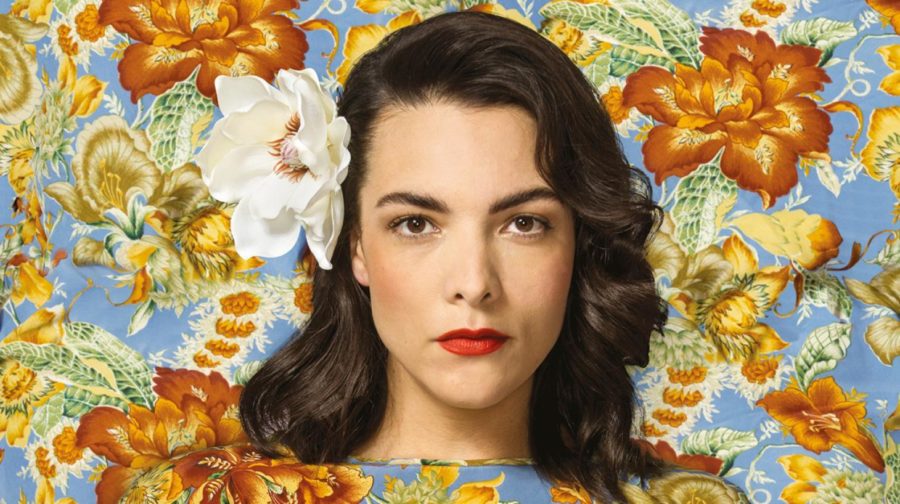 Some cities, like London, Manchester or Glasgow offer a wide variety of venues in all disciplines for the Dutch. Other, smaller cities are often hallmarked by one major cultural event, and this focus makes them popular for Dutch artists. In the order of their appearance on the top cities list:

If StAndrews, than… StAnza Poetry Festival

If Brighton, than… The Great Escape Festival

If Halton, than… Creamfields

If Edinburgh, than… the Edinburgh Fringe Festival

Some of these major events were already mentioned in this article, others, like StAnza not yet. St Anza is recognised as one of the leading poetry festivals in the UK and Europe and is organized annually at the Scottish coast. Last year, the Netherlands had 26 entries at the festival: poetry performances, films about poetry and music performances. The most popular Dutch participant of the festival was Tsead Bruinja, the Dichter des Vaderlands (The Poet of the Country) in 2019 and 2020.

Although design seems to take up a modest 5% of activities in 2018, Dutch designers achieved amazing success at the renowned Dezeen Award ceremony. That reminds us to read data respectfully, acknowledging that each and every entry may have a huge impact on a career or on a whole field: it is not only about quantity but also about the quality of entries.

Another success was booked in the film industry, at the York Aesthetica Short Film Festival. The ASFF Award for the Best VR & Immersive Experience went to Ashes to Ashes by Ingejan Ligthart Schenk, Jamille van Wijngaarden and Steye Hallema. This one-shot film immerses audiences in the story of a dysfunctional family and it is an experience designed to challenge the viewer to distinguish what is real from what is not. 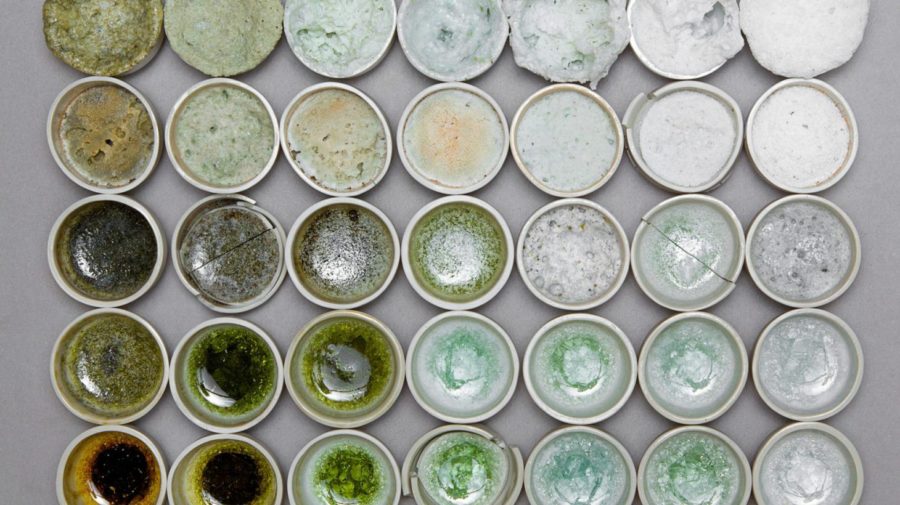 One entry, thousands of visitors

As stated above, it is essential to see the stories behind the data. It can happen, for instance at a smaller stage of a fringe festival, that a band performs multiple times but for small audiences. At the same time one big exhibition can draw tens of thousands of visitors, but it appears only as one item in the database. Let’s pay a tribute to those too.

There were two major Rembrandt shows in the UK which attracted thousands of people. Rembrandt: Britains's Discovery of the Master in the National Galleries of Scotland showcased major works by Rembrandt alongside those of the many British artists he inspired. Prized Possessions – Dutch Paintings from National Trust Houses at The Holburne Museum in Bath celebrated the Golden Age of Dutch painting and the enduring British taste for collecting Dutch paintings. This exhibition travelled to the Mauritshuis in The Hague and later went to Petworth in the beginning of 2019.

At the end of this article it is important to mention that many Dutch artists, performers, designers and curators live and work permanently in the UK. They are not included in our database, because DutchCulture only tracks artists who are based in the Netherlands. However, their work is equally valuable and important. It remains an open question how Brexit will influence these UK-based Dutch artists, and what impact it will have on international collaborations between the two countries. It seems that a vast majority of the art world and creative sector is not supportive of the idea of Brexit and the course of events – let’s call it history – motivates them to collaborate even more intensively internationally.

The United Kingdom was the fourth most visited country by Dutch artists in 2018. Let’s see what the numbers will say in the next few years, when history is in the making.

Check out the complete overview of Dutch cultural activities in the United Kingdom in our database.

If you are a Dutch cultural professional who wants to go to the UK, feel free to contact our UK advisor Tijana Stepanovic.

For funding possibilities, check out our Cultural Mobility Funding Guide or the websites of our partners Creative Industries Fund NL, Dutch Film Fund, Dutch Foundation for Literature, EYE International, Het Nieuwe Instituut, Mondriaan Fund, Performing Arts Fund, and the Embassy of the United Kingdom of the Netherlands in London. 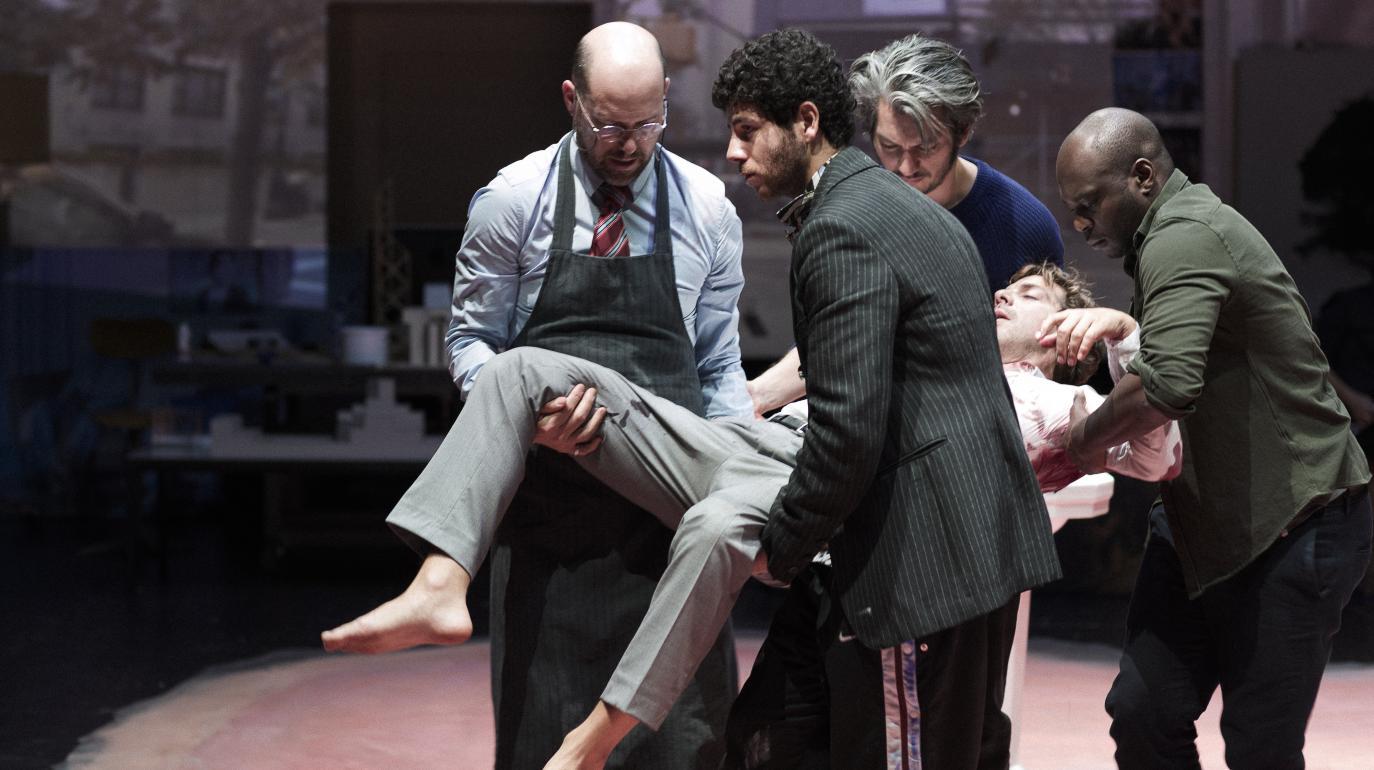 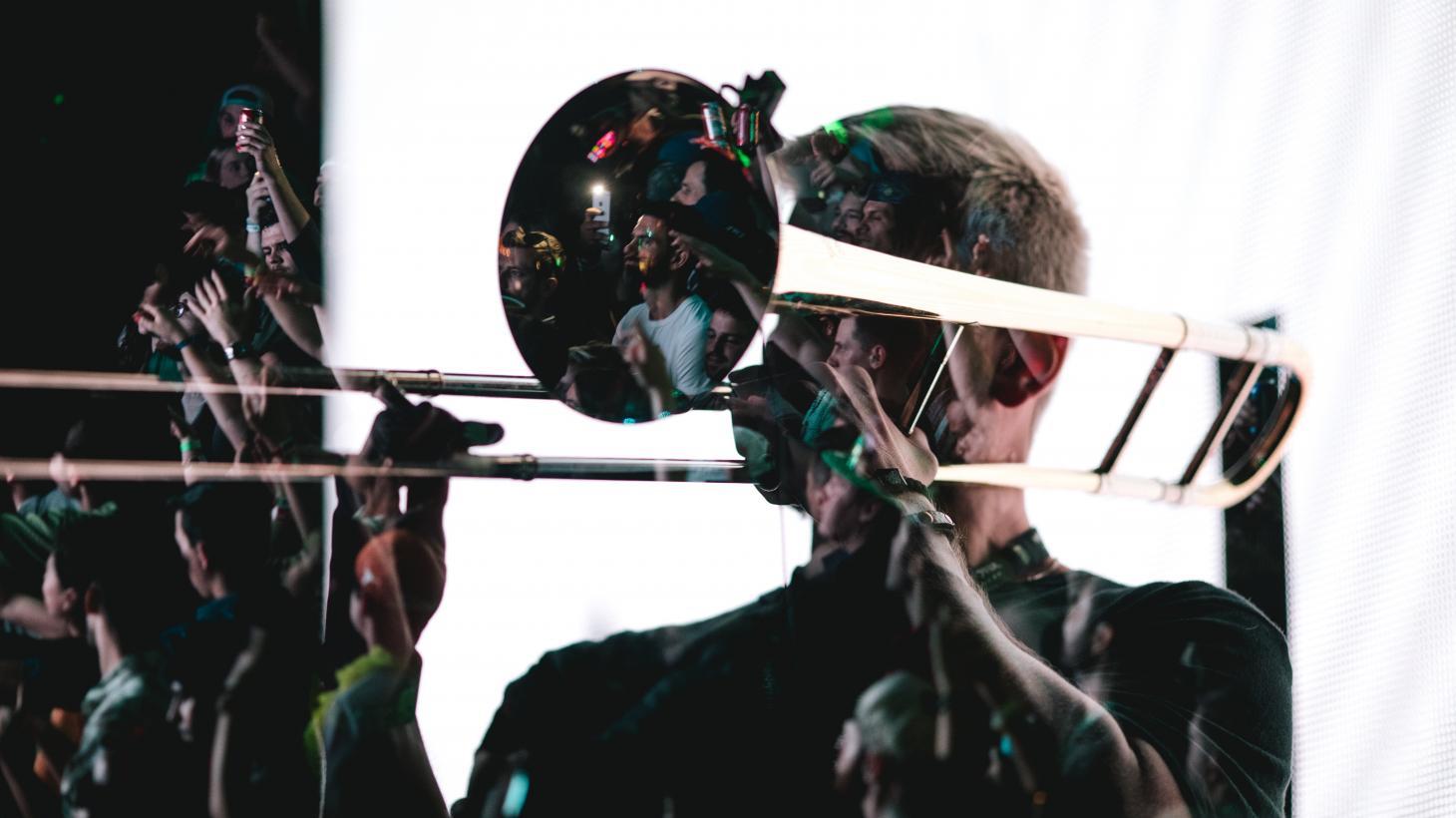