Publications
FROM THE ARCHIVES: The People’s Bird. On Belgians and Their Pigeons
0 Comments
delen
Left Luggage

FROM THE ARCHIVES: The People’s Bird. On Belgians and Their Pigeons

Once in a while, editor-in-chief Luc Devoldere dives into the archives of The Low Countries and pulls out a story that is worth rereading. Consider it left luggage, that reveals a hidden gem. This week: pigeon racing in Belgium.

A while ago, a car stopped in the parking lot of our office on the French-Belgian border. A man got out with a basket. I was watching because I knew what was going to happen. He opened the basket and three pigeons flew away excitedly. Man has always been jealous of winged creatures and even more so in these times of drastic travel restrictions.

Pigeon racing is in the Belgian DNA. The pigeon is the workman's racehorse. The races between the release point (usually in France) and the pigeon loft are passionately followed by the pigeon fanciers. Some breed pigeons for which fortunes are paid in the Middle and the Far East. But the sport is in the defensive. Pigeon fanciers age.

The article was previously published in the 2012 yearbook The Low Countries № 20. 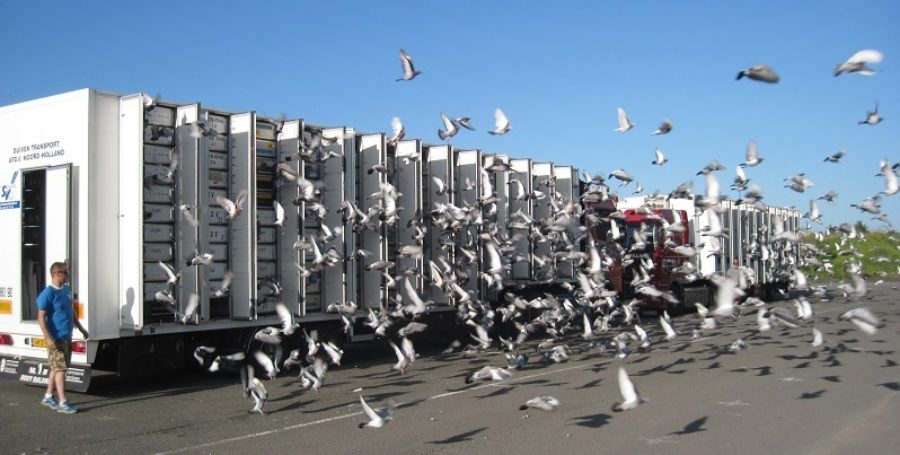