Gabey Tjon a Tham is intrigued by the similarities between nature and technology. For the Dutch installation artist, the COVID-19 pandemic provided an impulse to explore the boundaries between the physical and the virtual world. Gabey Tjon a Tham (b. 1988) has been playing the piano and violin from a young age. This musicality informed how she experienced the world around her: as a composition, with rhythm and repetitions. After graduating from art school she decided to get her masters in ArtScience, an interdisciplinary arts programme in art, technology and science. There she was taught, amongst other things, about sound: how to listen attentively, as a way to experience your surroundings anew – the physical dimensions of sound.

It is therefore unsurprising that Tjon a Tham’s work does not just engage the eyes, but also the ears. For example, she likes to manipulate audio recordings, giving natural sounds an artificial edge. An important source of inspiration is white noise, because of its ambiguity: it is simultaneously not sound, and a compilation of all frequencies audible to the human ear. For example, white noise can sound very animalistic when manipulated, or mechanical, although these associations can be hard to immediately place. Your physical and mental experiences of the sound must keep realigning. Overall, Tjon a Tham’s work has an elusive quality. Different aspects of it keep merging into each other, as evident in her graduation project, titled ))))) repetition at my distance (2012). It exists of three layers, brought into balance by the artist: light, movement and sound. Blue, vertically suspended ropes are lit up and rotating, while manipulated sound of the wind blowing through the trees is heard. Their streamlined shape calls forth a variety of associations: from the clean shapes of minimalism, to the sinewaves that (somewhat) represent sound. When the ropes spin faster, more knots are formed, reminding us of the way in which faster-vibrating sounds seem higher pitched. You naturally experience the visual and audible as connected, but this takes time to realize.

Tjon a Tham thinks of her installations, often composed of a variety of objects, as a collaboration between different components. Finding a certain balance between them can be challenging. A violin or pencil is fairy intuitively used, but the coding and mechanics in her installation work are not. Both components must be attuned to each other. Every change should be tried and tested. That is why her installations go through a range of iterations, sometimes exhibited separately.

Furthermore, these works are preceded by a period of research, allowing Tjon a Tham to experiment, immersing herself in philosophy and the natural sciences. This is why one artwork can grow into a second one. For Red Horizon (first shown during TodayArts 2014) Tjon a Tham still focussed on light, sound and movement, but along the way new elements developed, like the after-image: the effect of prolonged watching that causes our brains to “paint” new forms and patterns on our retina. She also made the speakers move, causing spatial and warped sound.

This last idea reappears in her next installation: The Monads (first shown in 2015, at DortYart in Dordrecht). This installation is a good example of work being presented at different stages in its development. The “final” presentation exists of three speakers, lined up in a row, rotating around a beam. Their movement depends on the rules invented for them by the artist.

It might be the clearest manifestation of what Tjon a Tham calls the main narrative in her work: the exchange between the individual and the whole, and more specifically emergence: large, complex systems that consist of simple units, ranging from flocks of birds or the liquidity of water, to algorithms that shape the economy and the internet. This remarkable similarity between technology and nature is illustrated by the speakers in The Monads, which resemble twittering birds.

With or without computer

Even though many of her installations are powered by a computer, Tjon a Tham also likes to work analogue. It allows her to research and expose new aspects of natural phenomena. Using a pinhole camera, which does not have a lens, but a small hole, she recorded the light of the sun for over 6 months onto photosensitive paper. The result is an almost abstract image (Tracing the Sun, May-December 2020). The same technique is applied to falling drops of water (In search of true randomness, 2020). Without a camera, the passing of time in these phenomena is much harder to perceive. It fascinates Tjon a Tham that we can, however, register these processes using mechanical aids. This interest in technology and time was at the root of a still-running research project into how electronic machines have their own inbuilt clock directing their actions. The first installation resulting from this, is If/Then (first shown in 2018, during FIBER Weekend), in which she confronts the pre-set menu of “When A, then B” used by computer-code with flowing water, which is resistant to control. Similarly, our reality is experienced as fluid, not as a schema.

The continuation of this research should have resulted in a new installation for art space Tetem (Enschede) in 2020 but was postponed due to the corona lockdown. However, the pandemic moved her towards the virtual, more specifically towards using augmented reality (AR).

AR is a technology that enriches your physical surroundings, for example on your mobile phone, with additional “layers”, like a bit of explanatory text or animation. This meeting between the physical and the digital fascinates Tjon a Tham, who remarks that our understanding of AR can be expanded. Isn’t something as commonplace as a road sign also an addition to our reality? Think about, for example, her pinhole photographs of sunlight and drops of water, which you could not have perceived without aid.

Tjon a Tham’s latest work was purposefully not supposed to be virtual reality, in which the physical surroundings of the viewer are “pushed away”. In her interpretation of AR you could speak, instead, of a hybrid installation that exists both in the digital as the physical plane. At first sight, a surprising turn for an installation artist, but the tension between the material and immaterial has always played a part in her work. Something as simple as regulating light can allow for the illusion that the exhibition space shrinks and expands.

That is all that Tjon a Tham can divulge about the work at this time, as it is still being shaped, except for the fact that it flows from her research into time and technology. Specifically, it is about hybrid spaces, partly physical, partly virtual, and able to connect the two worlds. For example, right now she is experimenting with the visual language of the drops of water from If/Then, and the shape of an AR-rainstorm. This might sound very high-tech but, asides from this semi-virtual project, Tjon a Tham has been planning a public art installation that does not require more than wind, water, or solar energy. This way her work maintains the balance between nature and technology. 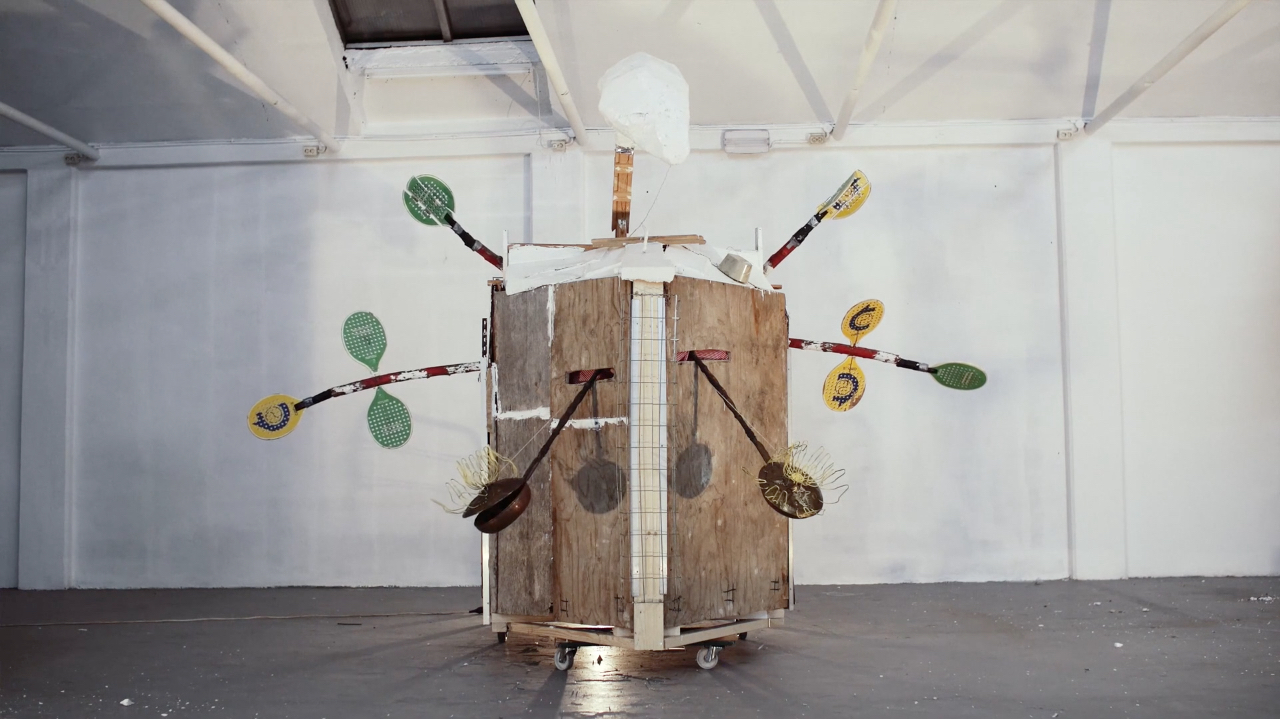 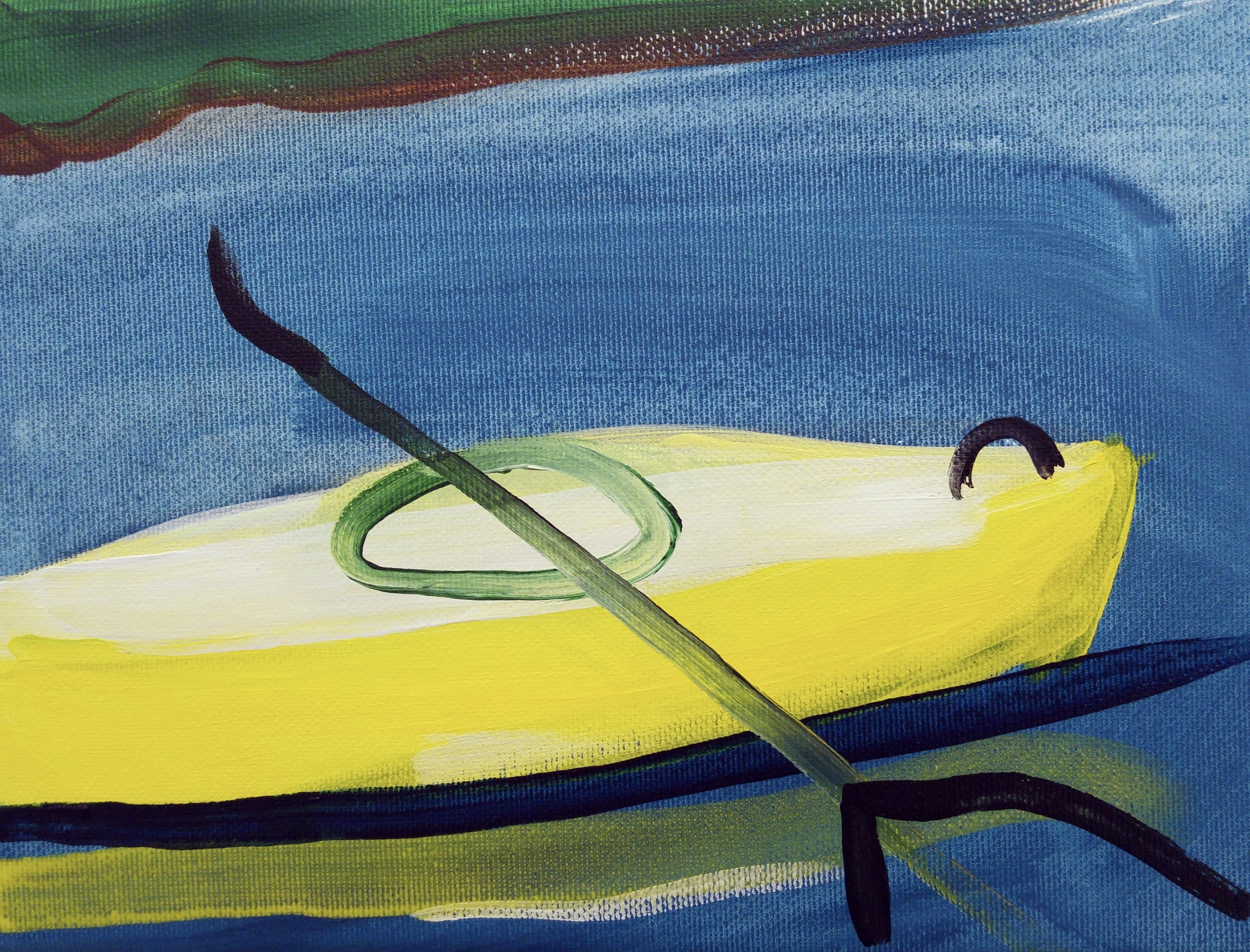 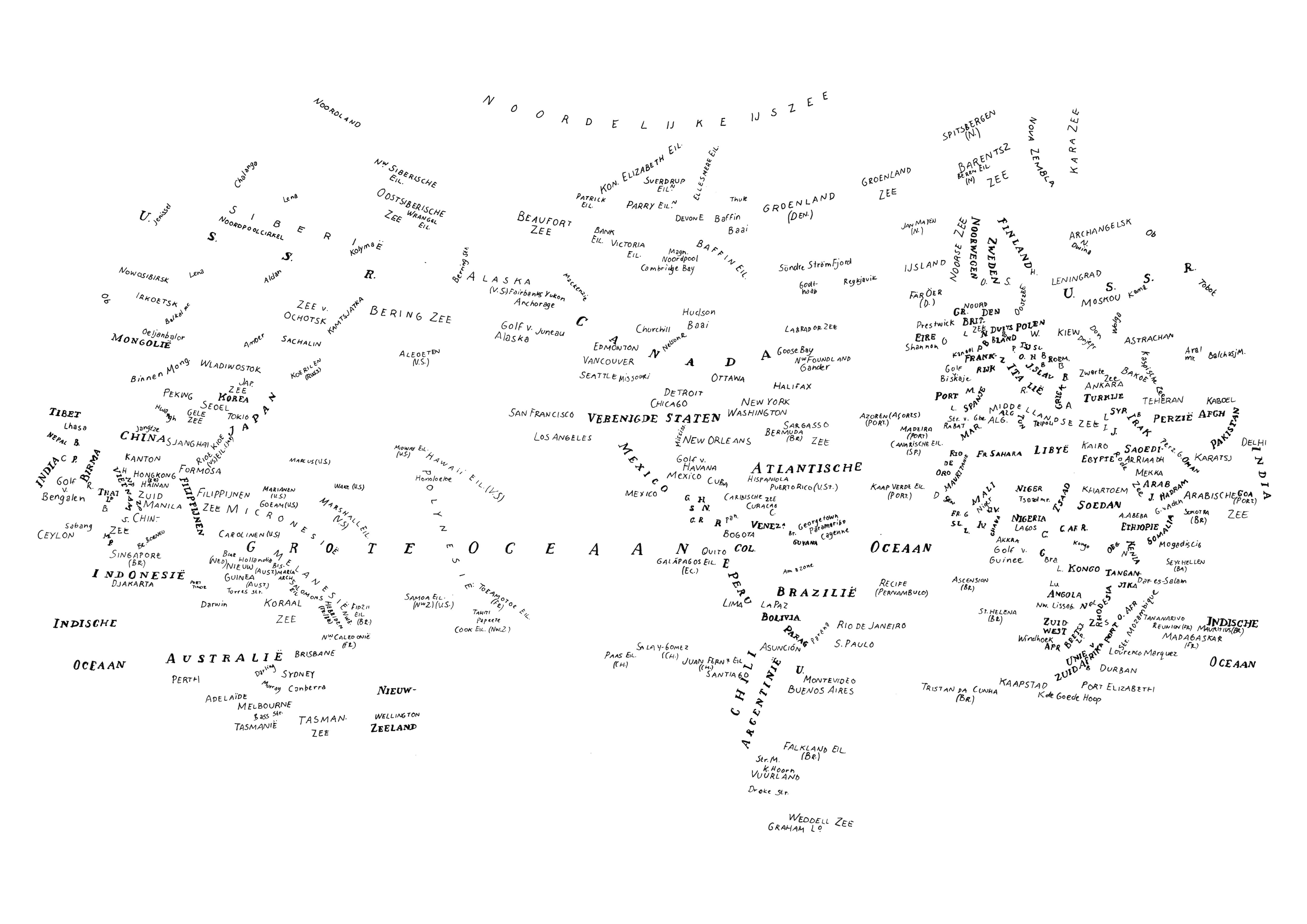 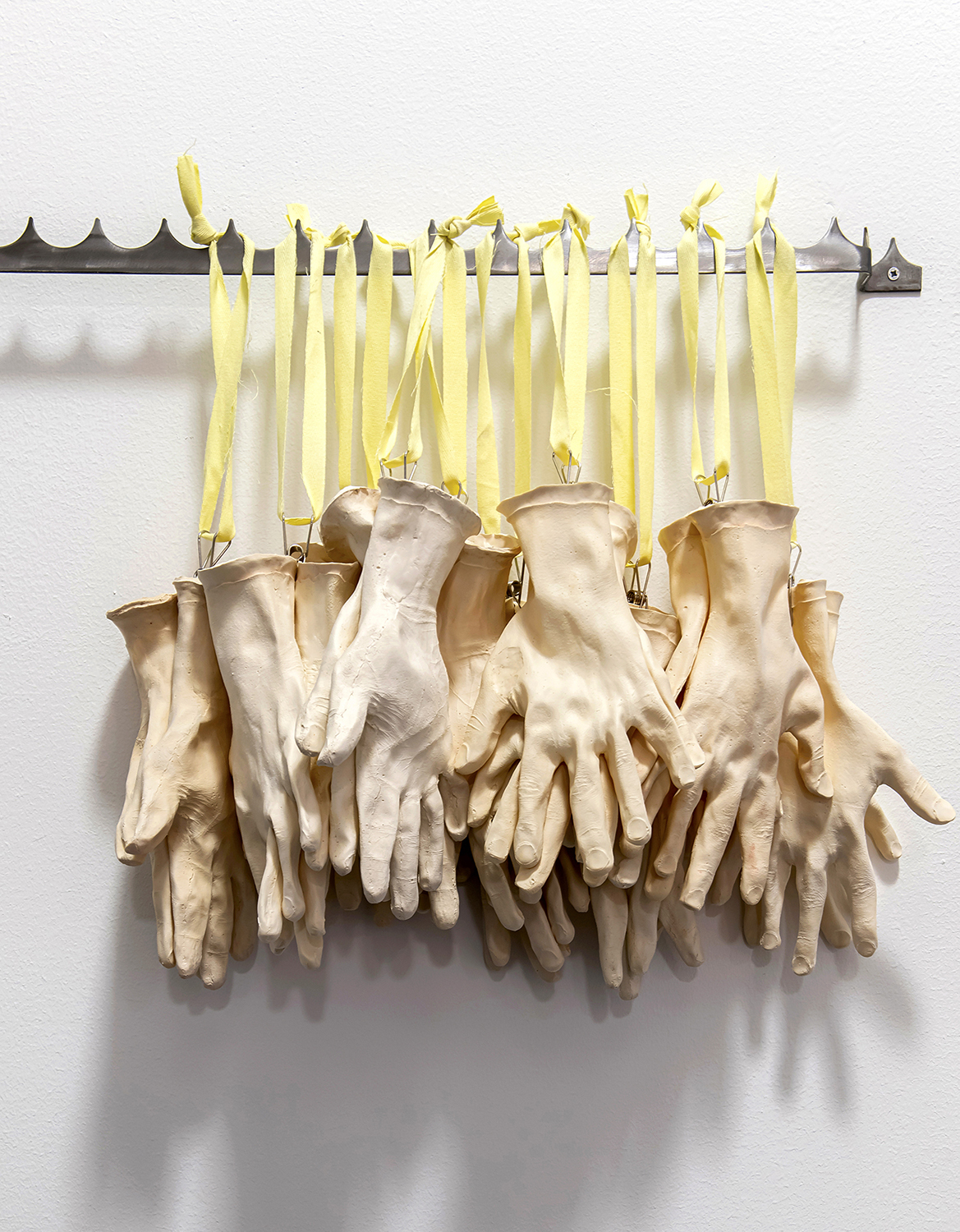 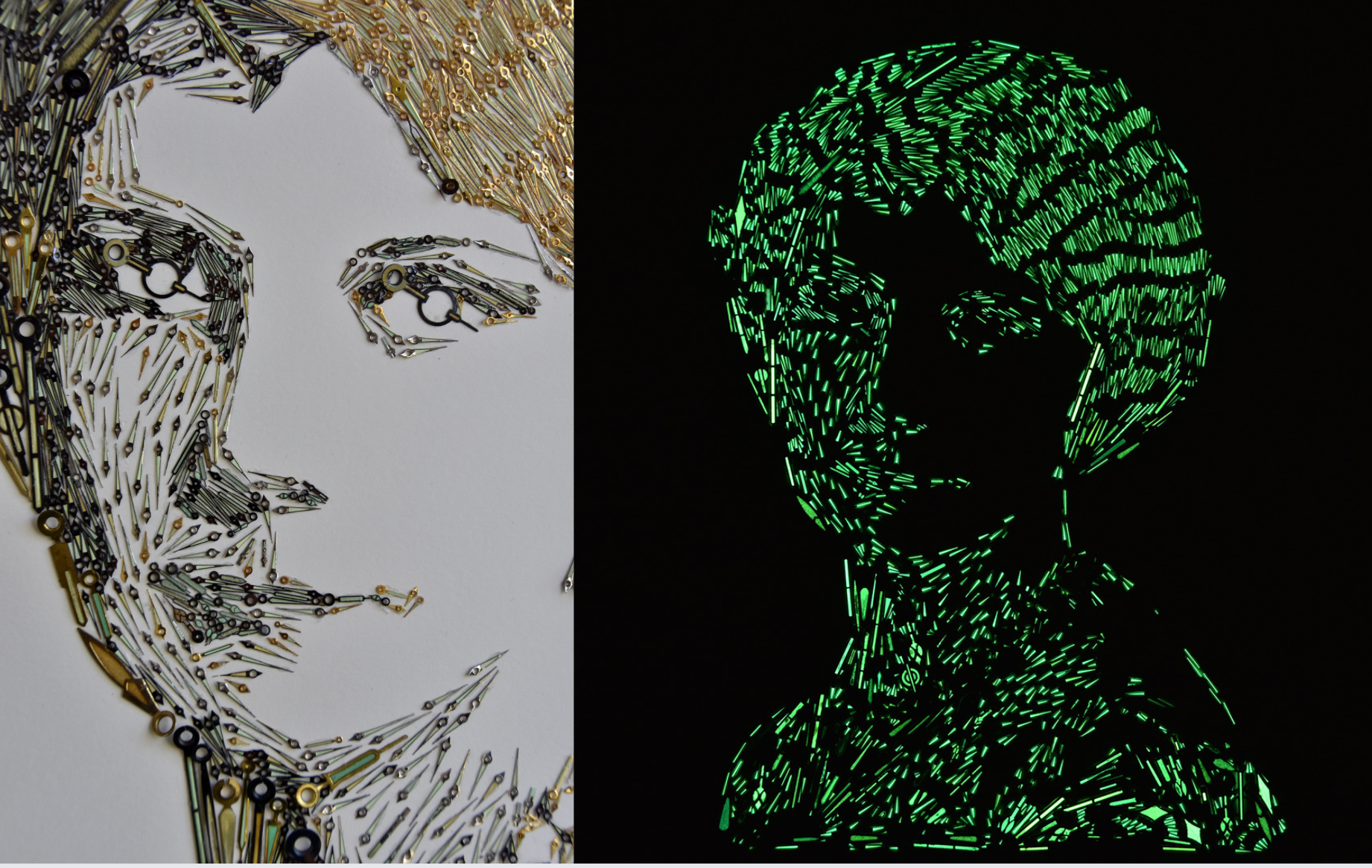 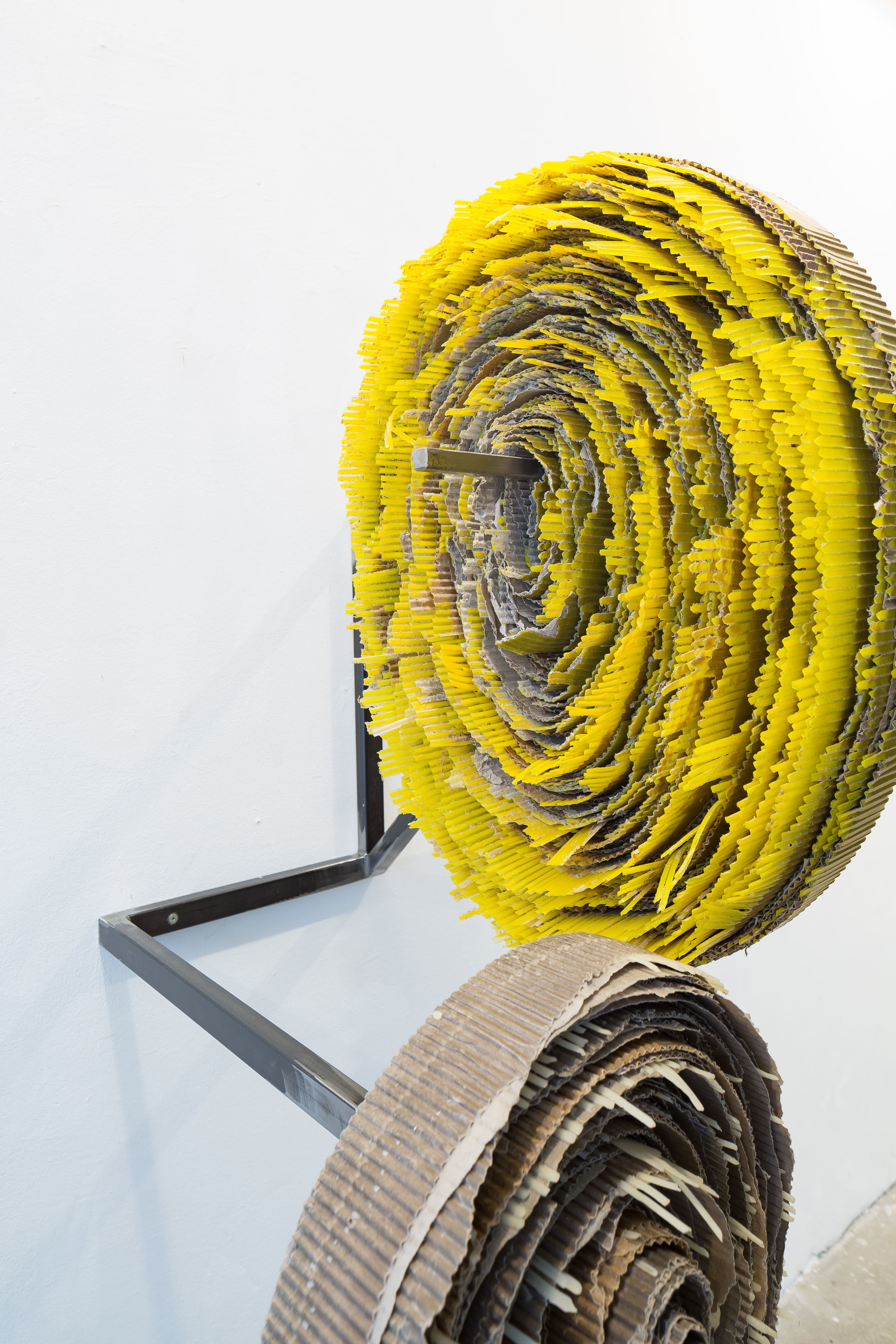