Getting Used to Life After Loss with Judith Maassen

Without a story, you might as well not have been, Anna Portier thinks on her deathbed. In Het nabestaan van Anna Portier (The afterlife of Anna Portier), a poignant debut novel about grief and mourning, dying and the lives we lead or don’t, author Judith Maassen honours Anna’s story.

On her deathbed, Anna Portier ponders her life. She is 63 years old: too young to die, yet too old to die young. She dreams about how she used to play hide-and-seek with her brother and the other children in their neighbourhood. She was good at hiding, so good, in fact, that they rarely found her. By the time she took herself back to the other players, they had long started on a different game. 'Playing hide-and-seek was only fun if you were not too good at it. As with many games,' sighs Anna. Those "games" can be read as a metaphor for life itself. 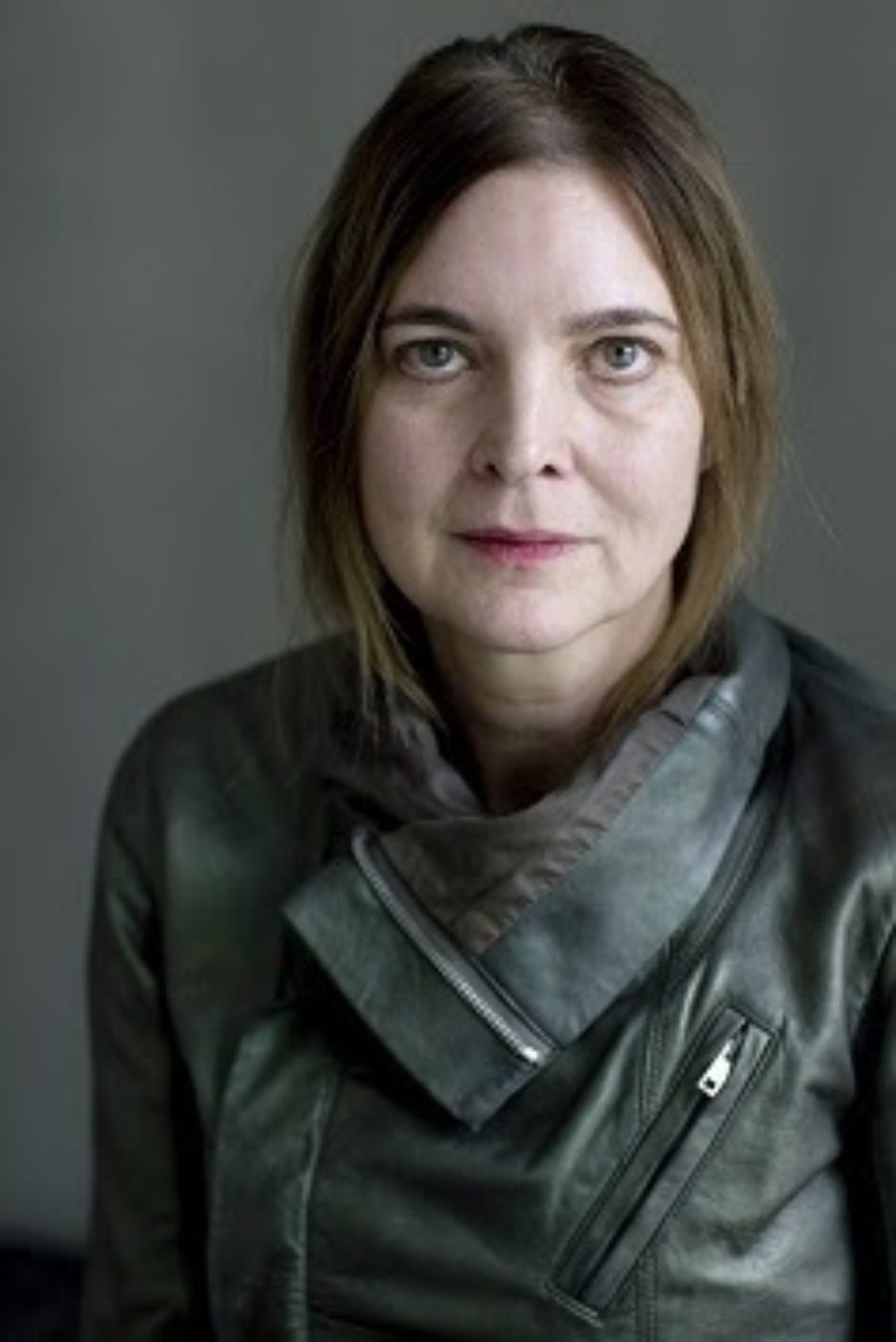 Early on, Anna learned to go unnoticed, to make herself invisible. As a child, getting up for a drink in the night, she reads a letter left out by her father. In it he announces his departure to an uncle in Australia. But a few hours later, he’s just sitting normally at the breakfast table. Though everything seems unchanged, her father knows he can escape. And Anna knows, too. She soon understands it would be better not to say anything about this, nor ask questions. Some weeks later, her father does disappear without a trace, probably headed to Africa. Anna suspects he's just hiding on the campsite, but that doesn't turn out to be true.

Later, she blossoms, in the company of Stefaan. Together they enjoy art, real art that reveals what life is like. But their happiness is short-lived; Stefaan has cancer. At his deathbed, Anna realises that art does not come close to reflecting life’s true nature. Life is not a story with a beginning, middle and beautifully rounded end. Stefaan is not a character of fiction. And, when a writer writes about utter loneliness, as a silent witness the reader always breaks that loneliness.

Life is not a story with a beginning, middle and beautifully rounded end

After Stefaan’s death, Anna has to get used to life again, to her (non-)existence as a survivor, her afterlife. She is fortunate to gain employment as a ghostwriter, becoming a ghost, hiding in the lives of others. Through this occupation, she learns that everyone spins their own narrative, each life a line out of scattered dots, the version you are most able to… live with. Making up reality, that’s what a ghostwriter does.

Must Anna invent a life for herself, too, now that she’s waiting to die? In any case, she writes down everything. She is in the house where her mother reverted to being a child after her father took off, and where Anna herself first faded away, disappearing. She thinks a lot about her brother Victor, who hosts talent shows in the United States. Following this vein of thought, Anna muses: how many versions of ourselves do we not become? What were we created for without ever succeeding or even suspecting it? What talents do we fail to discover? 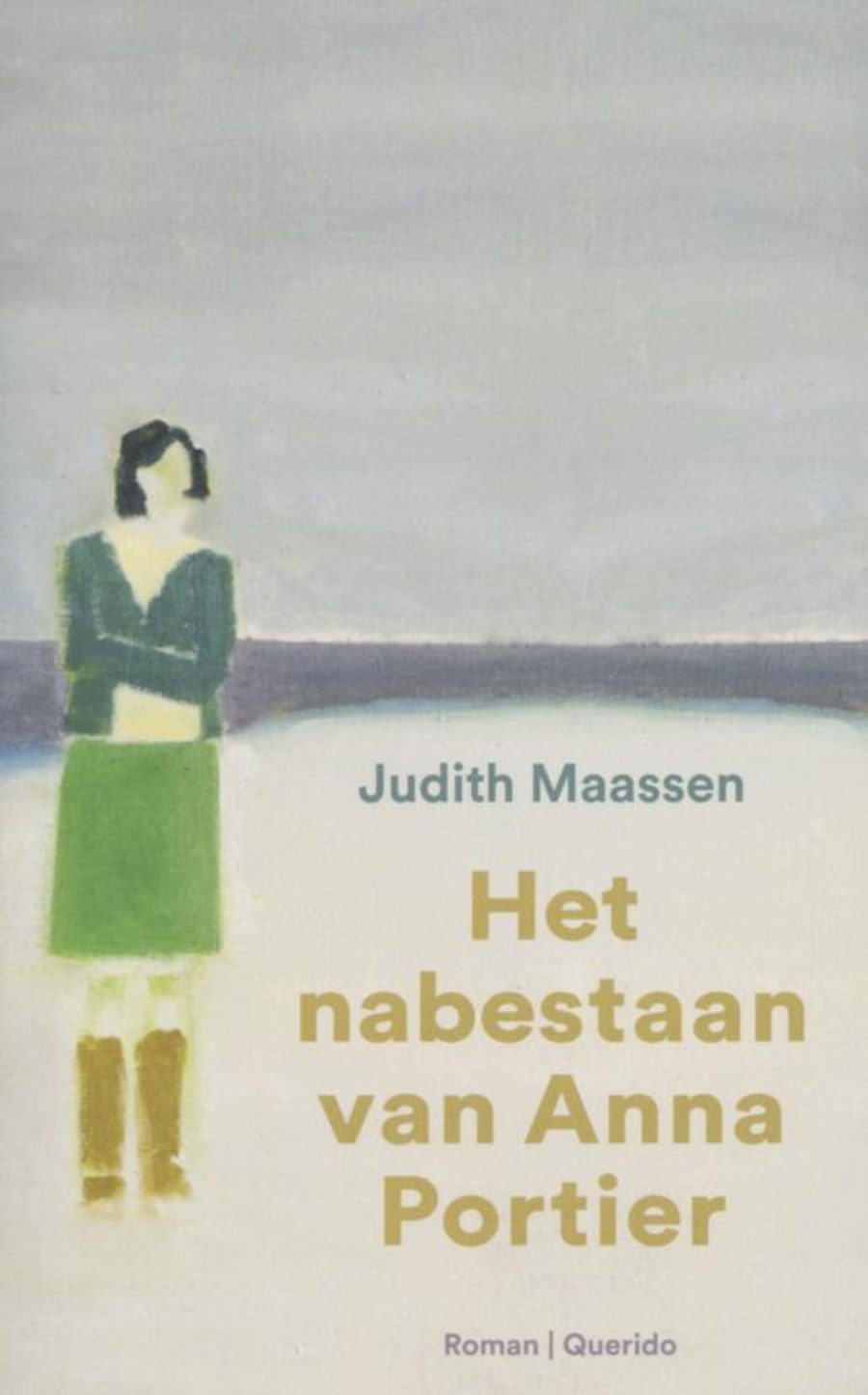 We experience the denouement through the eyes of Victor, who flies over from the States to fall asleep next to the bed in which Anna takes her last breath. As a result, we don’t know whether Anna has unravelled her family’s secret in the life story she records, to what extent she still allows herself to disappear.

Het nabestaan van Anna Portier (The afterlife of Anna Portier) is a cleverly constructed debut novel, in which Judith Maassen does not shy away from big themes. Yet it’s not a weighty book. Her pointed style with powerful phrases is at times upsetting, then tender, in some passages even funny. This impressive debut novel clearly demonstrates an accomplished writer at work, who understands the art of telling you what you need to know, not always revealing what it is you desire to know.

The nurse says it’s night time and she must try to sleep. Her life doesn’t seem bound by any other rules than those of someone alive and kicking. They even want to shovel the five constituents of a proper diet, whatever it’s called, down her throat. Eat! Sleep! Why for God’s sake? To die well fed and rested?

The lights go out, her protest goes unheard. These hours are no good to her. Even if she stays awake and undisturbed all night, it’s too dark to write. Her bedside lamp, moved aside for a moment for a glass of water, with which she swallows her medication, has not been pushed back. She can’t reach it.

‘I needn’t come tomorrow,’ she hears her carer say in the street. ‘Only in about two weeks. ‘If it’s still necessary.’

She hears a lighter, footsteps on the pavement, a car door being shut, the sound of an engine, constantly receding. Then just the sound of water. Water running through the pipes of her house. The slow blood through her arteries. The rage in her body, because she has to wait till morning and doesn’t know how much time she has left and whether it will be enough. She can no longer think without a pen.

Once her eyes have adjusted to the dark, she sees the outlines of her collection of stones on the cupboard opposite her bed. Her mother’s old wardrobe. Most stones she has had in her hands during her life she has left behind elsewhere. For as long as she can remember she has picked up stones and put them down again somewhere else. She has the feeling that she is at least changing something in the world. She kept the nicest stones for herself. Souvenirs. Mementos of a beautiful spot or a special moment. That was how they were intended, at least. If she’s honest the various stones remind her only of collecting itself. She no longer has any idea what places she’s supposed to think of.

When she started she was on holiday in England with her parents. They were staying in a gloomy sheep farm. During the day they made short excursions. To the supermarket, where they bought marmalade, and to the village church, surrounded by a small churchyard. They walked past the graves and discovered a section where only children were buried. The two graves Anna stopped in front of could not have been more different. One, decorated with coloured stones as if for an aquarium, with a cross with curlicues on it and a black-and-white photo of a boy who looked straight into the lens. The other just covered in sand. A wooden stick stuck in the earth like a plant pot, to indicate the species. Child, homo sapiens. The name and date that should have been on it were too weathered to read. Her parents had already walked on ahead, she was alone. With one kick she destroyed the wavy pattern of the stones and laid a handful on the neglected grave.

The room where Anna is now lying, was once her mother’s. She had taken the big bed with her to this smaller house, to which she had moved after Paul left. It had to be dismantled to fit into the new house. Anna had then screwed it back together with the drill that you could just as easily turn into a screwdriver.

On her first night she had started awake. Her window had disappeared. Another, lighted window was on the wrong side of her bed. But it was her own bed, her pillow. There was no doubt about that. The space slowly turned on its axis till she recognised it. It was the new room in the new house. The window on her right instead of her left. The lamplight shone in through the curtains of her bedroom. The thin material couldn’t stop the bright light in this street. In the corner was a pile of removal boxes.

Something happened to all of them after her father left. It was as if the three of them had become the same age, except not always at the same moment. Sometimes children who ate a whole packet of cakes in one go or stayed up for as long as possible, at other times grown-ups, who hung lamps by themselves and screwed their bed together and drilled holes for the crumb-sweeper and the towel rack. Recently Victor had started calling their mother by her Christian name. She was usually the youngest of the three of them.

‘What is it?’ came her mother’s hesitant voice.

‘I was going to ask you that,’ she said.

‘Nothing,’ said her mother. ‘There’s nothing wrong.’

‘Of course.’ Again that hesitation.

She carefully opened the door, as if she might wake her mother.

‘I can’t sleep,’ she said. ‘I was woken by noises, voices or something. They seemed to be coming from here. And by the light, I think. I need new curtains.’

It was darker here than in her room.

As she stood by the door her eyes became accustomed to the darkness.

‘Come and join us,’ said her mother.

'Uiterste Dagen’ Is a Dark Family Novel About What Drives People