The internationally renowned essayist, historian and Asia expert, Ian Buruma, has been awarded the Gouden Ganzenveer (Golden Quill) for his contribution to the international political debate and his outstanding service to the Dutch language. Buruma was recently invited to Brussels by the organisations BOZAR and deBuren. Editor-in-chief Luc Devoldere sat in on the interview and noted his impressions. “Buruma feels at home everywhere, but as both an insider and an outsider.” 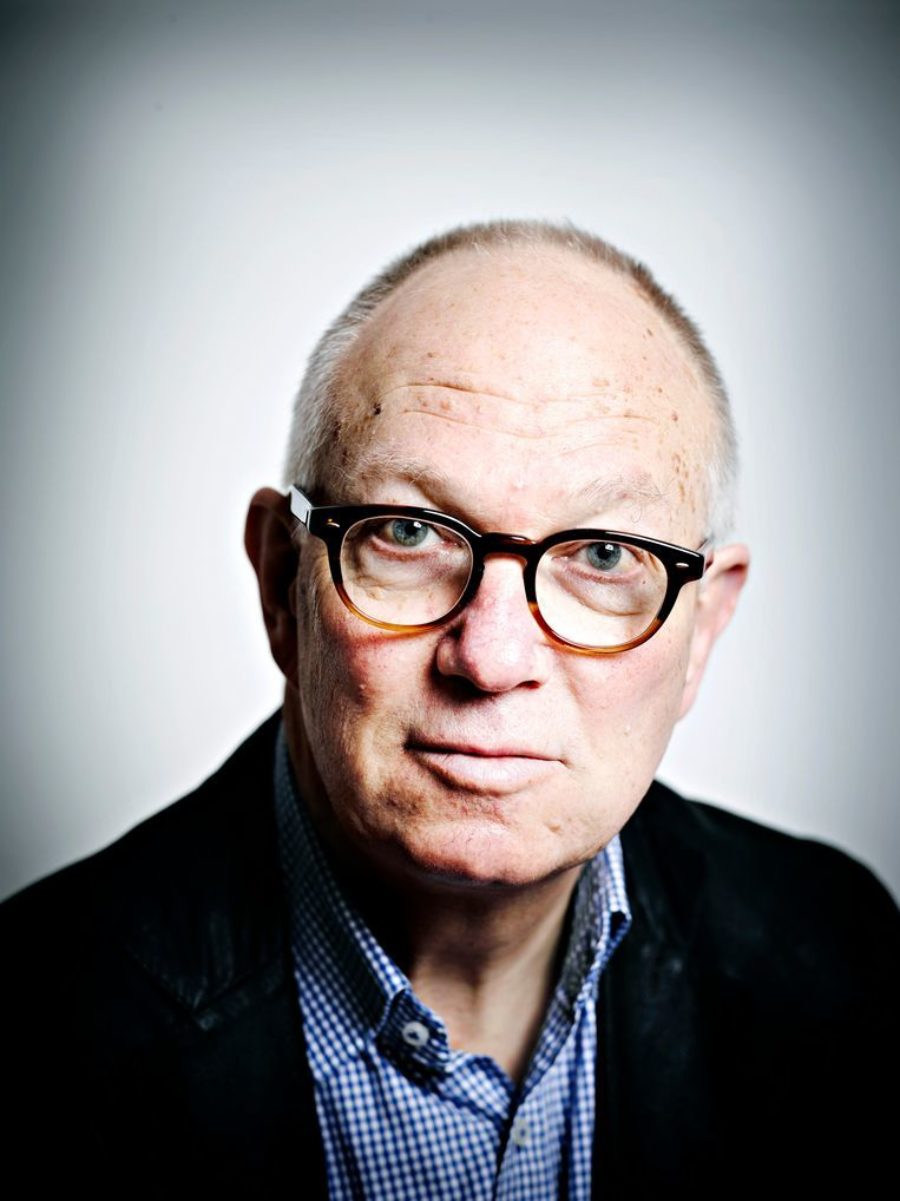 The Academy which awards the Golden Quill, praises Ian Buruma (b. 1951, The Hague) for his idiosyncratic view of the world. “From an Oriental and Western perspective, he knows how to write about it - certainly in his analysis - in a very accessible and also binding way. His dedication to the public cause of the written word, his great contribution - just from a Dutch background- to the international debate on politics, history and freedom, in combination with a literary pen with historical insight based on a great sense of responsibility, make him the rightful winner of the Gouden Ganzenveer 2019.” 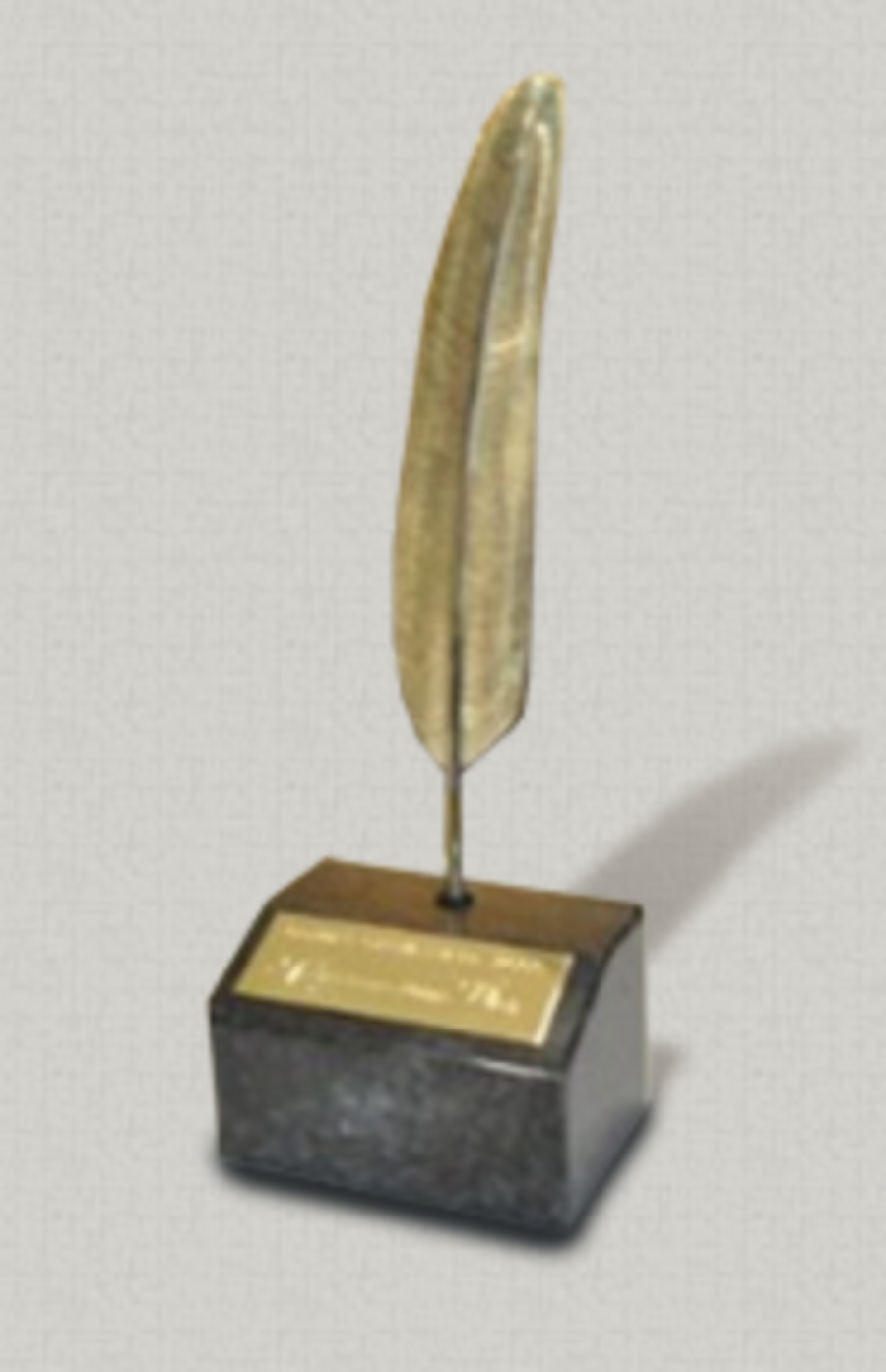 Back in 2010 Ian Buruma was included in a list of the hundred leading global thinkers by the magazine Foreign Policy, which justified its choice of Buruma as follows: “According to Buruma, Western society is robust enough to embrace even illiberal practices, so long as these are not violent. ‘Living with values that one does not share’, he wrote in a recent column on France’s burqa ban, ’is a price to be paid for living in a pluralist society.”

Until last September Buruma was editor-in-chief of the influential magazine The New York Review of Books. He was forced to give up the position after a conflict with the publishers and the editorial staff.

We are about halfway through the interview when Ian Buruma admits in passing that he only began to find his native country, the Netherlands, intellectually interesting while working on his book on the murder of Theo van Gogh. At the time he also found himself in dispute with Ayaan Hirsi Ali, although he sympathised with her. But he was critical of her total lack of understanding for ordinary women of Moroccan and Turkish origin, who could not simply exchange their faith for militant atheism, as she did. As an immigrant in the Netherlands, Hirsi Ali comes from the Somali upper class, and has no understanding at all for those women for whom their faith is often their only anchor, maintains Buruma. In his view it is a problem of class difference.

In the same way that in the #MeToo issue it is mainly a matter of generational conflict: on the editorial floor of The New York Review of Books the dividing line was not between men and women, but between older (over forty) and younger (under thirty) editors. Those younger staff felt a magazine should not upset and annoy its readers. While on the contrary Buruma believed that a magazine can and should take its readers out of their comfort zone.

Buruma consequently felt that the voices of the (alleged) perpetrators were given too little prominence in the #MeToo debate. They are often not punished by a court, but are punished once and for all by social media and public opinion, resulting in their becoming a kind of non-person. When Buruma gave one of those perpetrators a forum, it unleashed a storm of protest. A panicking publisher and the fear of a drop in advertising revenues finally drove Buruma towards the exit-gate of the prestigious magazine.

The refusal to be challenged

This subject, as it happens, only came up in the final question-and-answer session. In the margins Buruma spoke of a growing form of political correctness on university campuses in the US which is so keen to defend minorities that it excludes in advance any dialogue or discussion relating to their morals and customs. Incidentally, at a New York university student told their professor that they refused to read Freud, ‘because he is patriarchal’.

This refusal to be challenged – irritated by the other, the alien perspective – and the withdrawal into safe spaces (literally and figuratively) cause him concern, mainly because in his view institutions are by definition cowardly. A term like melting pot has actually become problematic, he says, because it
denies the existence of separate cultures and hence damages the rights of minorities once more.

Interviewer Brigitte Herremans had first spent a good deal of time on Buruma’s most recent book (A Tokyo Romance, 2018), about the almost seven years that he spent in Japan in his twenties in the 1970s. After studying Sinology in Leiden – where his professors made no secret of their aversion to the Belgian Sinologist Simon Leys, who blasphemed in the left-wing church of Western Sinology – he went to Japan to study film. That interest ran in the family. His mother’s brother was the British Jewish director John Schlesinger (Midnight Cowboy).

Buruma immersed himself in the feverish cultural scene of avant-garde theatre. Met Akira Kurosawa, fashion photographers. Acted and danced. Looked for and found la nostalgie de la boue and experienced his formative years. Tokyo shaped him and made him cross cultural, artistic and sexual bounds. He talked to his audience in Bozar about this with humour and self-deprecation. Japan was much more and quite different from the politest and most depressed nation on earth that it remains for many people.

A suitcase under the bed

This young man was glad to escape from The Hague with its tennis courts and golf clubs. In the 1980s he was to travel continually in the Far East and write about it as a journalist, living in Hong Kong and London. Buruma feels at home everywhere, but as both an insider and an outsider. With a Dutch father and a mother descended from German Jews who had emigrated to England, he knows all about playing a part, he maintains. Jews always live with a suitcase under the bed.

But this city-dweller doesn’t see himself moving to New Zealand. He could live in Brussels (a far more cosmopolitan city than the ultimately monocultural Tokyo, he says), very much enjoyed living in London, and is now based in New York.

New Yorkers often think they know the world because they have all the peoples of the world in their city, but nothing could be further from the truth. And so this interview meandered on, and could easily have continued longer.

The moderating role of the intellectual

Should an intellectual assume responsibility, asked Herremans. Yes, but for what, retorted Buruma. Intellectuals must be careful not overestimate their impact. Few people read, and even fewer people read their books. That doesn’t mean that you mustn’t carry on. Ultimately, he was talking about the moderating role of the intellectual in the public debate, providing nuance. The intellectual cannot and will not save the world, but he can try to save his own honour.

Buruma is now working on a book on the rise and fall of Anglo-American world domination. It begins with a meeting between Roosevelt and Churchill in 1941 and ends with Trump and Brexit. For the European and Anglophile Buruma – he wrote a fine book about his Jewish grandparents who were more British than the British – Brexit is worse than Trump. In his eyes Europa needs the balance between the three great nation states – Germany, France and the United Kingdom, and Germany does not want to assume the leading role.