Heisteeg is a Microcosm of Amsterdam

With the solid citizens in one café, the radicals in the opposite bar and the confused tourists in between, Heisteeg in the centre of Amsterdam can be seen as a microcosm of the whole city.

It’s one of the narrowest streets in Amsterdam. And one of the busiest. Cyclists ring their bells furiously as confused tourists block the lane. An essential link between the old centre and the 17th-century canal ring, the Heisteeg has become one of those places, like the Rialto Bridge in Venice and the Las Ramblas in Barcelona, that have sparked off a furious debate about overtourism.

And yet, it’s worth diving into one of the cafes on Heisteeg near Spui, where you have a view on the Athenaeum Bookshop. You have a choice. There’s Café Hoppe on one side with an ancient Amstel beer mural on the outside wall. Or Café de Zwart on the opposite side where Grolsch is the beer that comes out of the tap. On a Friday evening, Hoppe is mobbed with an elite crowd of lawyers, professors and students. They crowd into the English-style public bar or spill out into the narrow lane. De Zwart has a more literary, alternative atmosphere. It’s popular with journalists, writers and artists. Some famous Dutch novelists have sat inside at the ancient tables, including Connie Palmen, Gerrit Komrij and A.F.Th. van der Heijden. Heisteeg and Café de Zwart is the scene for the novel Jas van Belofte (Coat of Promise) by Jan Siebelink.

The Heisteeg might be seen as a microcosm of Amsterdam. The solid citizens on one side of the lane. The radicals in the cafe on the opposite side. And the tourists hopelessly lost and getting in everyone’s way in the middle.

In this video, we follow a cyclist, starting at Spui, cycling through Heisteeg in the first 30 seconds. 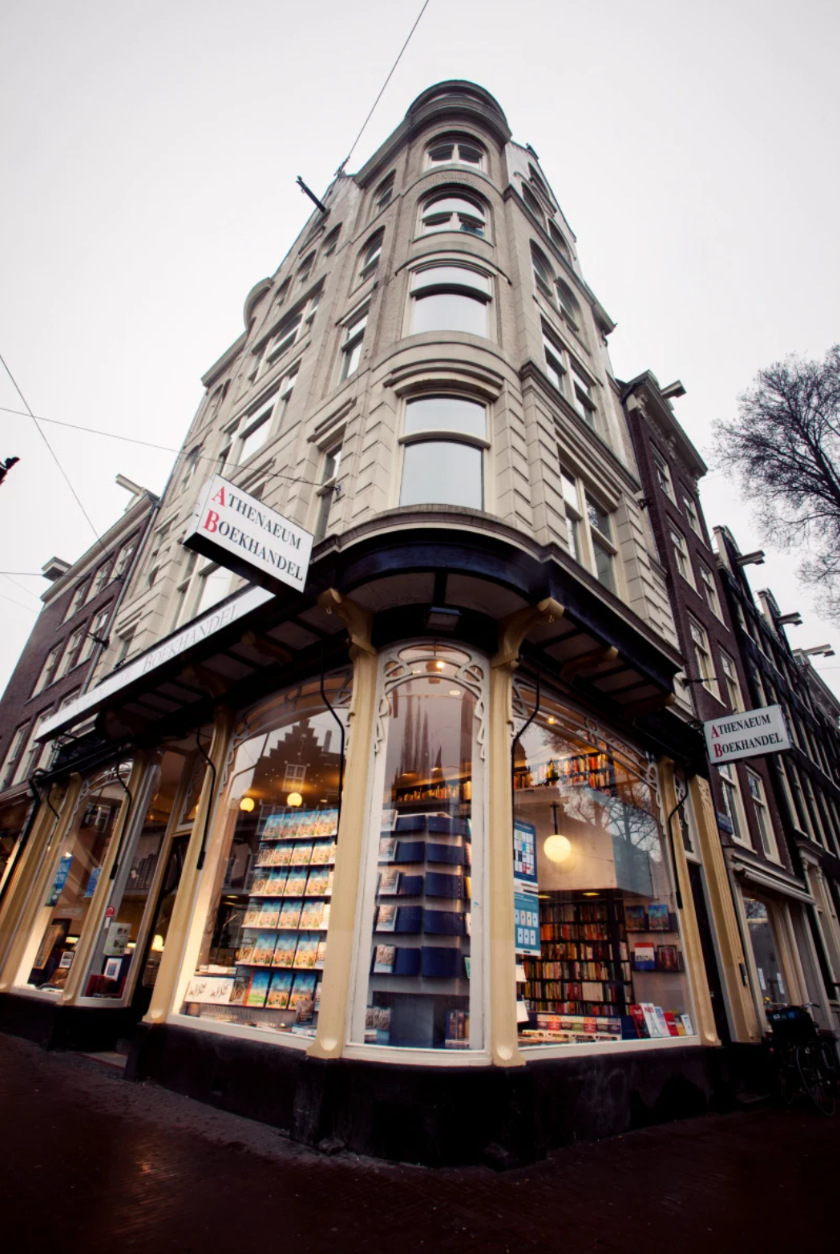