Iris Kensmil and Remy Jungerman, two artists of Surinamese descent, are representing the Netherlands at the 58th Venice Biennale. In their work Kensmil and Jungerman combine the inspiration they draw from twentieth-century modernism, particularly Mondrian and De Stijl, the Russian avant-garde and artist Stanley Brouwn, with elements of other traditions and perspectives.

Kensmil and Jungerman show their work at the exhibition The Measurement of Presence, curated by Benno Tempel (Gemeentemuseum The Hague).

Iris Kensmil (b. 1970) depicts in her work an inclusive history from a Black feminist perspective. She honours Black authors, philosophers, activists and musicians, and, in general, the Black counter-movement that is an undeniable part of modernity. She connects the utopian thinking of modernism with Black female intellectuals whose work offers its own perspective on modernity and the future. 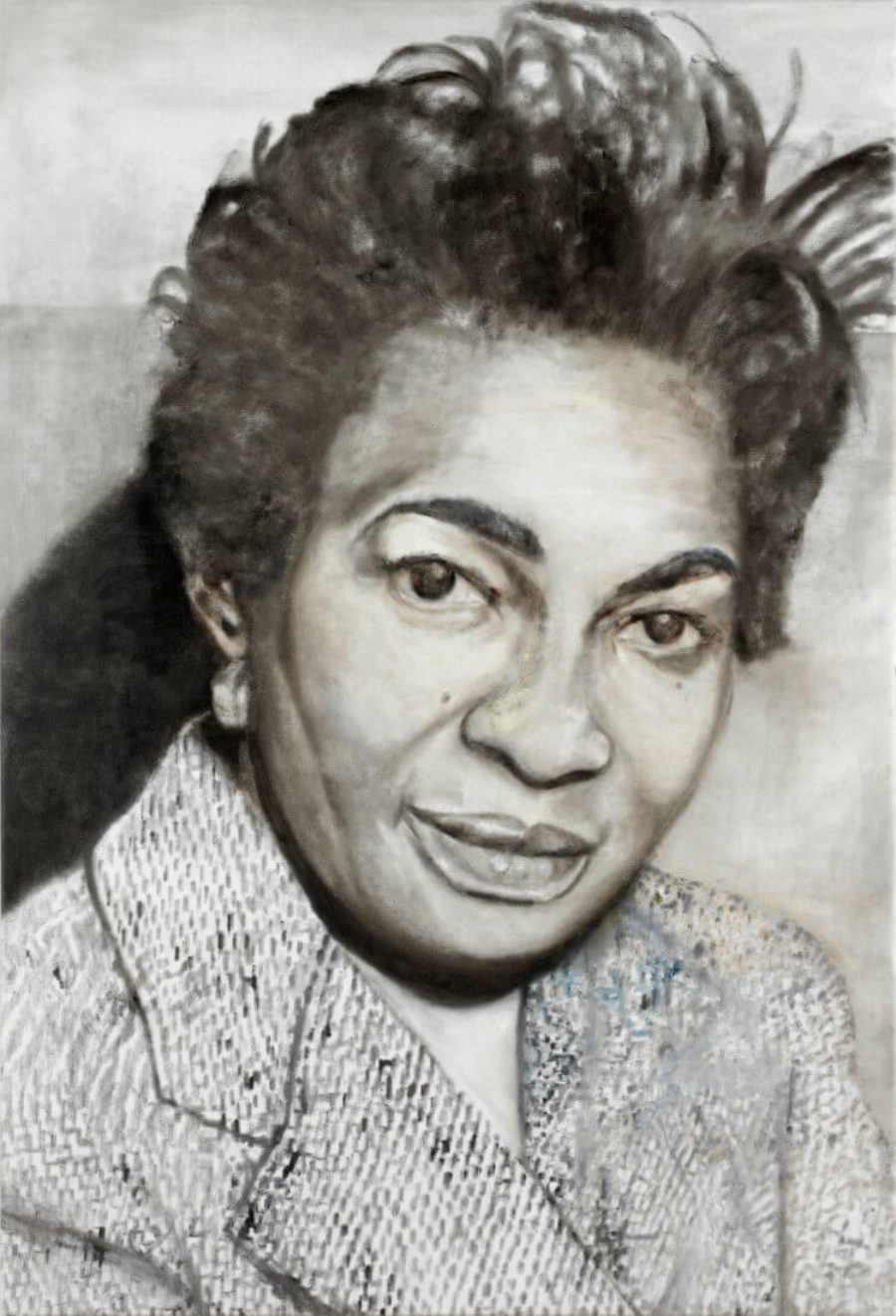 In search of Utopia 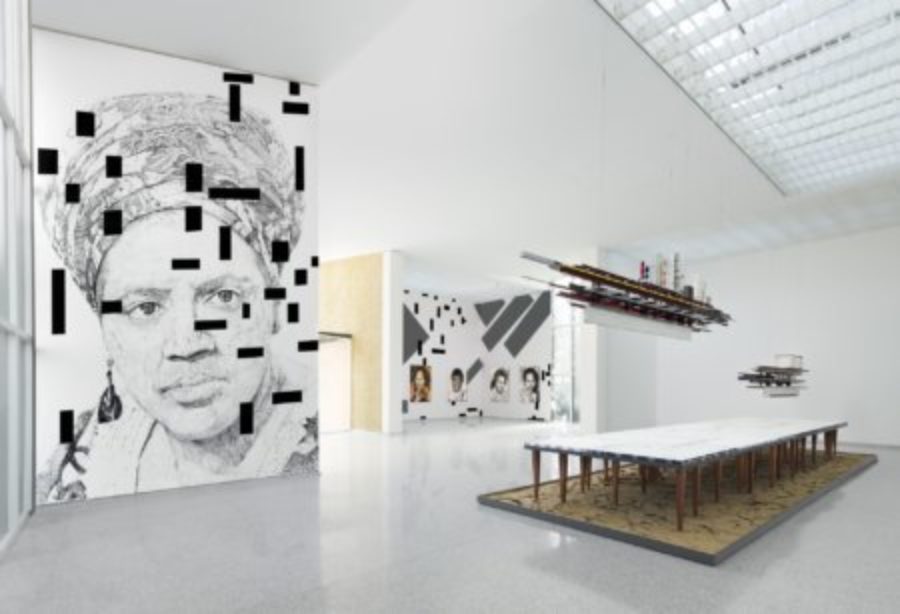 The Measurement of Presence in Venice © Gerrit Schreurs

In a third installation, Beyond the Burden of Representation, Kensmil reflects on the position of a number of artists who take a clear position to protect their authenticity and the interpretation of their work, such as Stanley Brouwn. In this work, she shows paintings of exhibitions of these artists.

Remy Jungerman (b. 1959) brings together motifs from Africa, from Maroon culture (including elements from the Winti religion, a traditional Afro-Surinamese religion) and from 20th century modernism. He is interested in the path travelled by patterns and motifs, and its influence on visual art. For the Dutch pavilion in Venice, Jungerman created two large-scale installations: Promise IV and Visiting Deities, in which he intends to bring together the strength of the forefathers of the greater Dutch world – ancestors from the Netherlands, Suriname, Indonesia and elsewhere – with the aim of connecting the various cultures and entering into a future-oriented, open conversation. The size and rhythm of his installations are determined by the joining of various sources, such as Winti, Gerrit Rietveld and Stanley Brouwn. 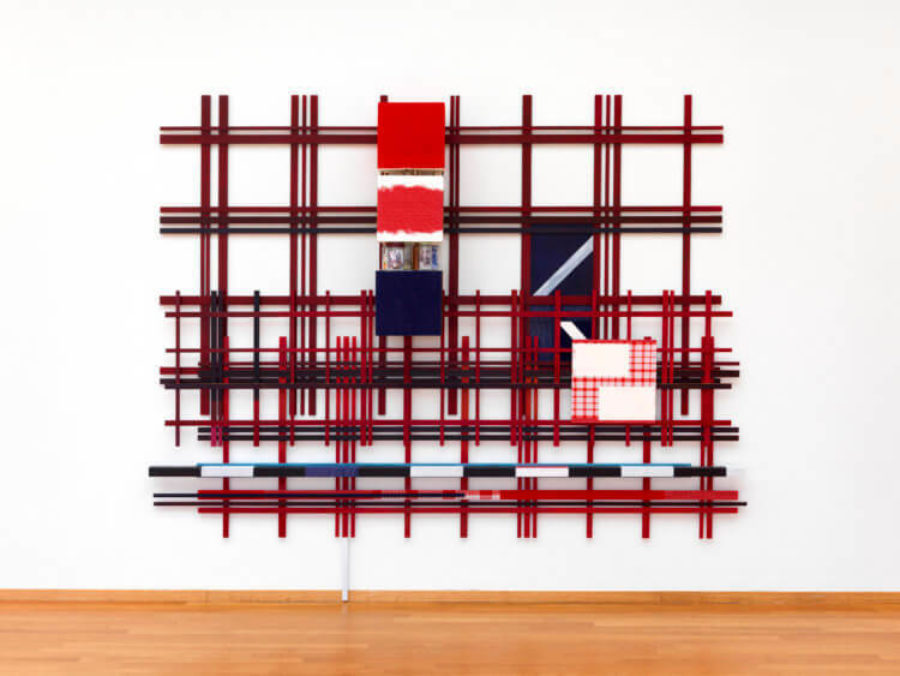 During 2018 Jungerman lived in New York, a city with a dual meaning for him. It is the city where Piet Mondrian, an artist that is of great importance to Jungerman, found refuge in 1940.

At the same time New York is the place where in 1674 the Dutch traded Suriname with the British. In a bilateral negotiation they made a deal to swap conquered land: New Amsterdam became New York, and Suriname passed from British into Dutch hands and became a Dutch colony. For Jungerman, living in this city in preparation for the Biennale gave him the perfect setting in which to think about the subject of measurement and globalization.

An important part of the concept underlying The Measurement of Presence is the Dutch pavilion, which dates from 1954, designed by architect Gerrit Rietveld. The features of this building – open space, light, modular dimensions – have been adopted in the exhibition installation. The architect wished to create a space where people could meet, like a public square. The works by Jungerman and Kensmil will emphasize this human element of coming together, sharing and experiencing.

The Giardini, where the national pavilions in Venice are located, largely reflects the geopolitical relations of the 20th century. Originally, the pavilions were intended as national showcases, based on 19th-century notions of nationalism. This view underwent a transformation in the 20th century and made way for unconditional faith in what one saw as the universal values of modernism. Today it is clear that both these views have had their day. The permanent flows of people and objects break boundaries and produce new identities outside and separate from nation states. Places and societies are becoming ever more interconnected in our globalized world. On the whole, globalization also causes alignment and imposes prevailing principles. As a result, we risk losing the specific. In The Measurement of Presence Jungerman and Kensmil reflect on these developments.

The Measurement of Presence is commissioned and funded by the Mondriaan Fund, the public fund for visual arts and cultural heritage in the Netherlands.

The Measurement of Presence, 11 May until 24 November 2019, Dutch Pavilion, Giardini at Venice

The Mondriaan Fund is the public fund for visual art and cultural heritage in the Netherlands.