Publications
What Do the Dutch Want to Maintain?
0 Comments
delen
The DNA of the Netherlands

What Do the Dutch Want to Maintain?

Is there such a thing as a ‘Dutch identity’? And if so, what does it look like? Jan Renkema provides a clear analysis of the main characteristics in his pamphlet ‘The DNA of the Netherlands’. He does this in the form of a conversation between a curious foreigner and a Dutch expert on a flight to Schiphol Airport. In this last episode, we find out what the national motto ‘Je maintiendrai’ really stands for.

“Drinking coffee together is more ‘culture’ than ‘identity’, something like a Dutch lunch consisting of a cheese sandwich and a glass of buttermilk. It says little about identity. That remains elusive. And to think that in the past all I knew about the Netherlands at school came from that story of the little boy with his finger in the dyke. How did it go again?” 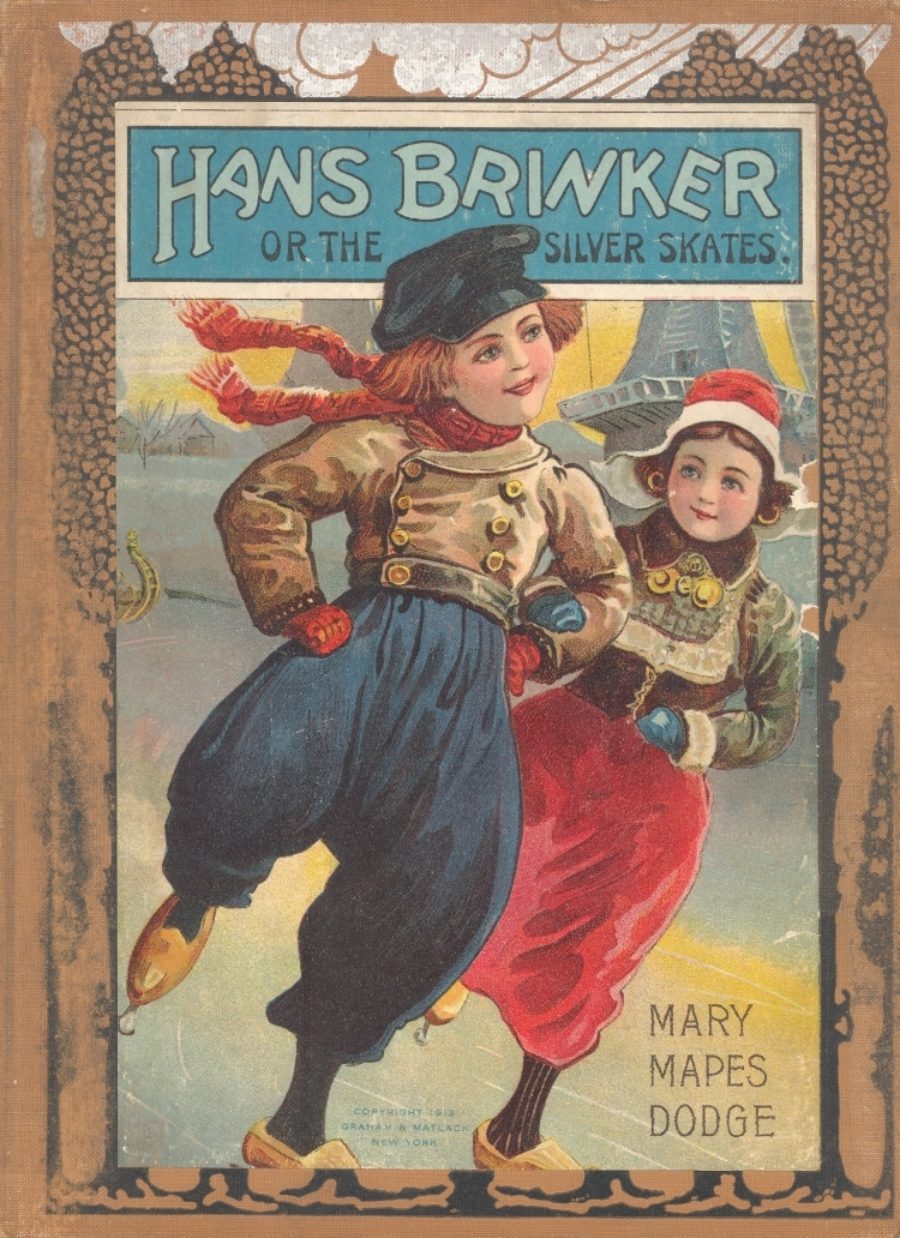 “Oh yes, the American youth novel from 1865 by Mary Dodge, Hans Brinker, or the Silver Skates. The brave boy Hans wanted to win the prize of silver skates in an ice-skating competition so he could pay for his father’s high medical costs. Yes, even then there was a fuss about health insurance contributions, but that is more a topic for an integration course. A Haarlem lockkeeper appears in that book. Haarlem is approximately 15 km from where we are now. The son of that lockkeeper discovered a hole in the dyke one afternoon during a heavy storm. We think the main character Hans saved us. But since he was skating, it was already frozen. Either way, it doesn’t matter.”

“Go on, I find it interesting. Why that unknown boy?”

“Okay then. That boy who saved our country from a terrible flood was an ordinary boy who did a great deed. This ordinary, brave boy is a symbol of the Netherlands in this novel; a small people who perform great deeds. We have a famous song from our eighty-year-long (!) War of Independence against Spain, from 1568 to 1648, when one of our admirals managed to hijack the Spanish silver fleet in the Caribbean in 1628, and thus laid the financial basis for our final victory against that great global power. That admiral was called Piet Hein. The song’s chorus goes, ‘Piet Hein, Piet Hein, Piet Hein, his name is small, his actions are great.’ We are all equal. We are all ordinary people, but in our hearts we are giants.” 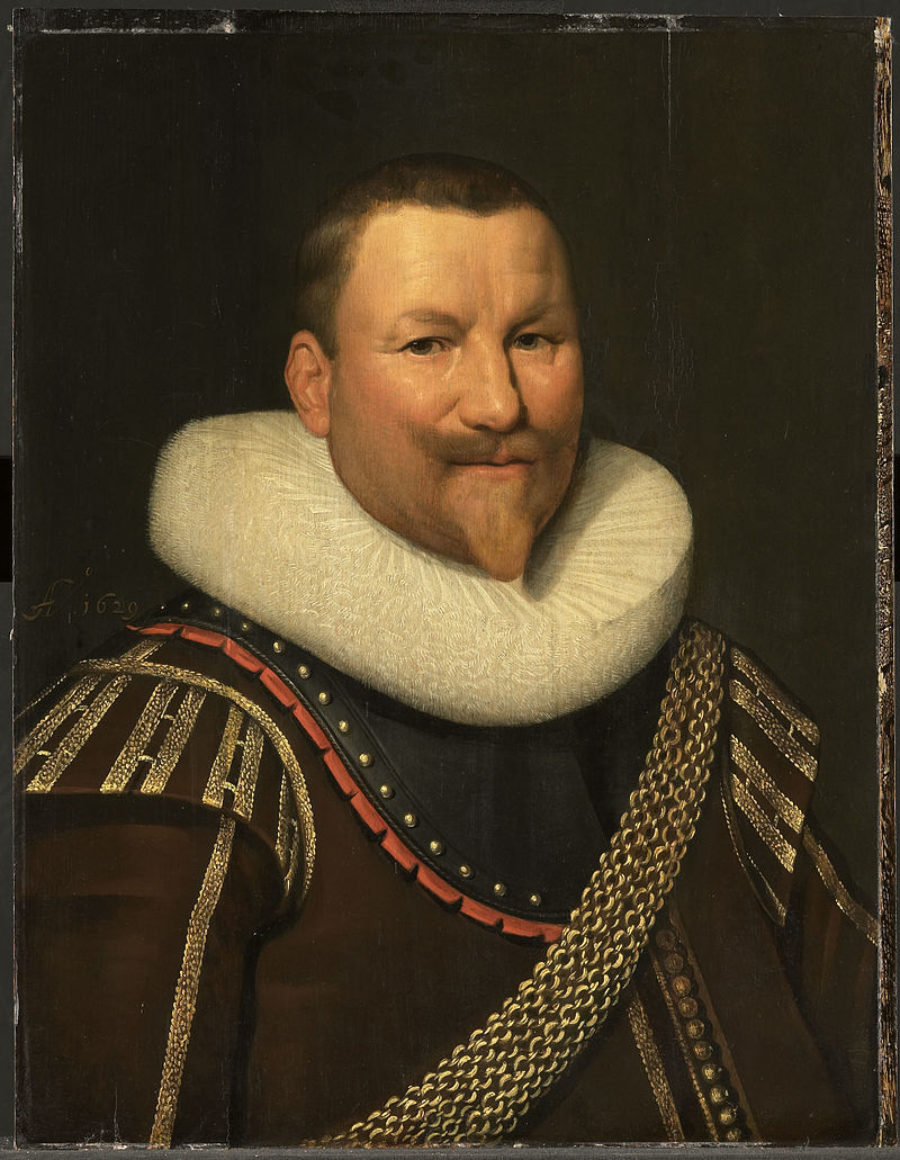 “That is completely different from what I’ve seen. I have received all sorts of brochures from advertising agencies containing beautiful photos of the Netherlands. But the things in them are very different to what you have told me. In your story, I had expected a little more about tulips and the Keukenhof, about the red-light district, drugs, and the cookie tin that closes after you’ve had one with your coffee.”

“Well, after all, you asked for our identity and not for clichés. I even went one step further with an attempt to identify a ‘DNA pattern’.

“Do you have some further reading recommendations or keyword suggestions for searching the internet?”

“If you look further, don’t be fooled by titles such as The Polder Model. You may think that it is about our consultation structures, but in this booklet you will mostly find a somewhat outdated description of the traditional Dutch woman, her general outlook, her culinary skills and her view of the unromantic Dutch man; with additional weight and height information – on average 69.9 kilos and 167.4 cm tall. The explanation for our fresh-faced, tall blondes is put down to our traditional diet of lots of milk and cheese. But of course, all this aside.” 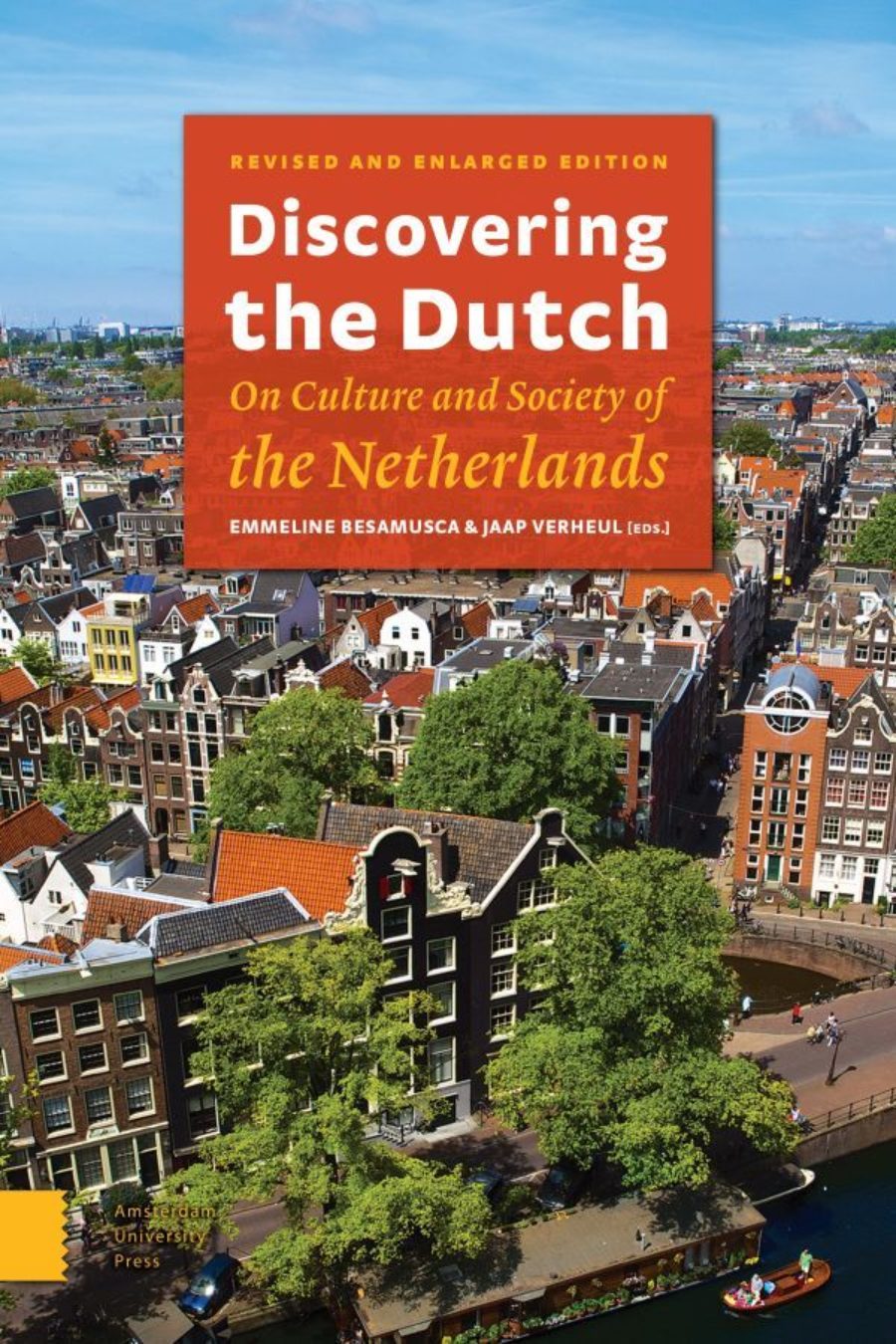 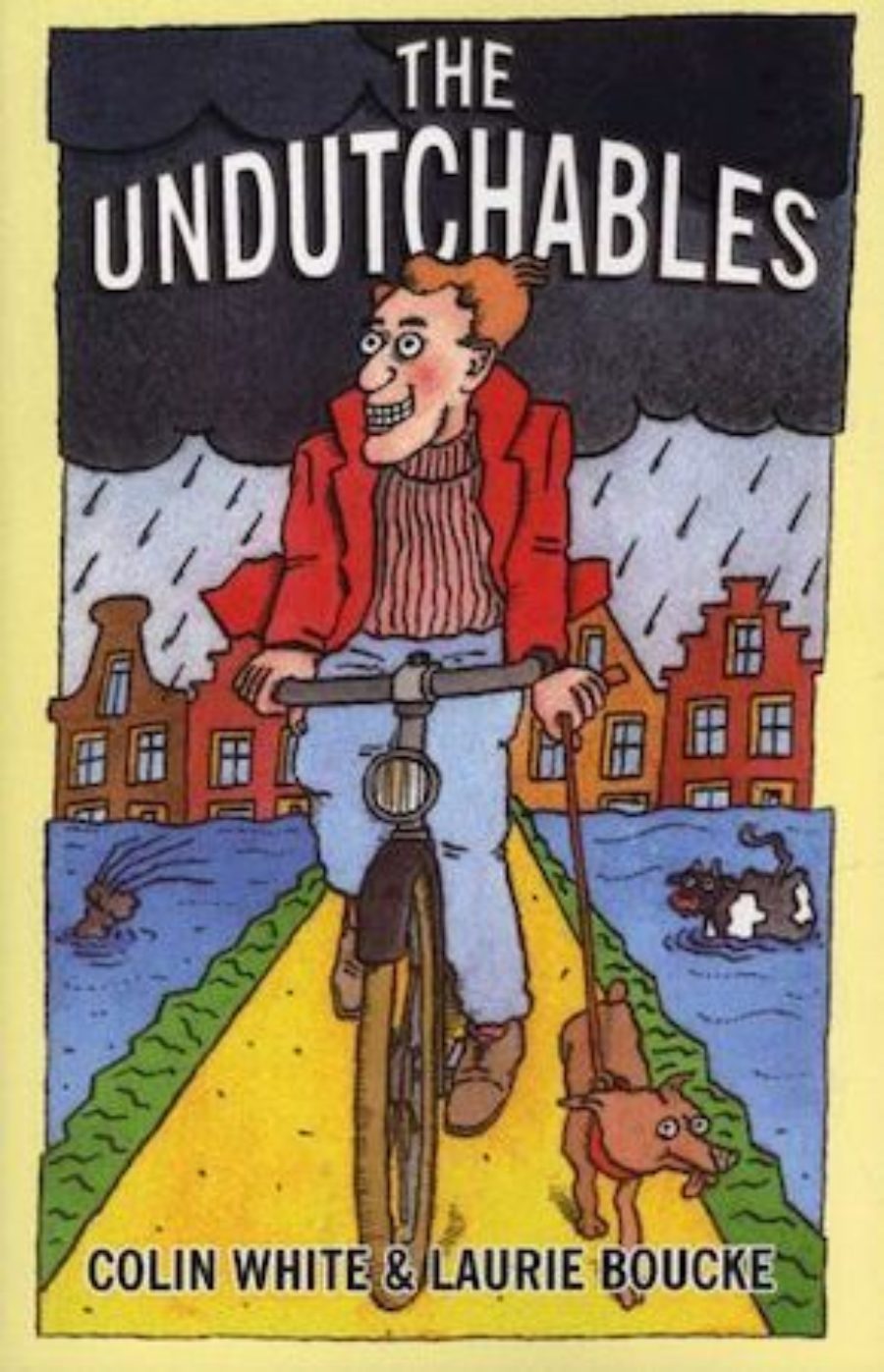 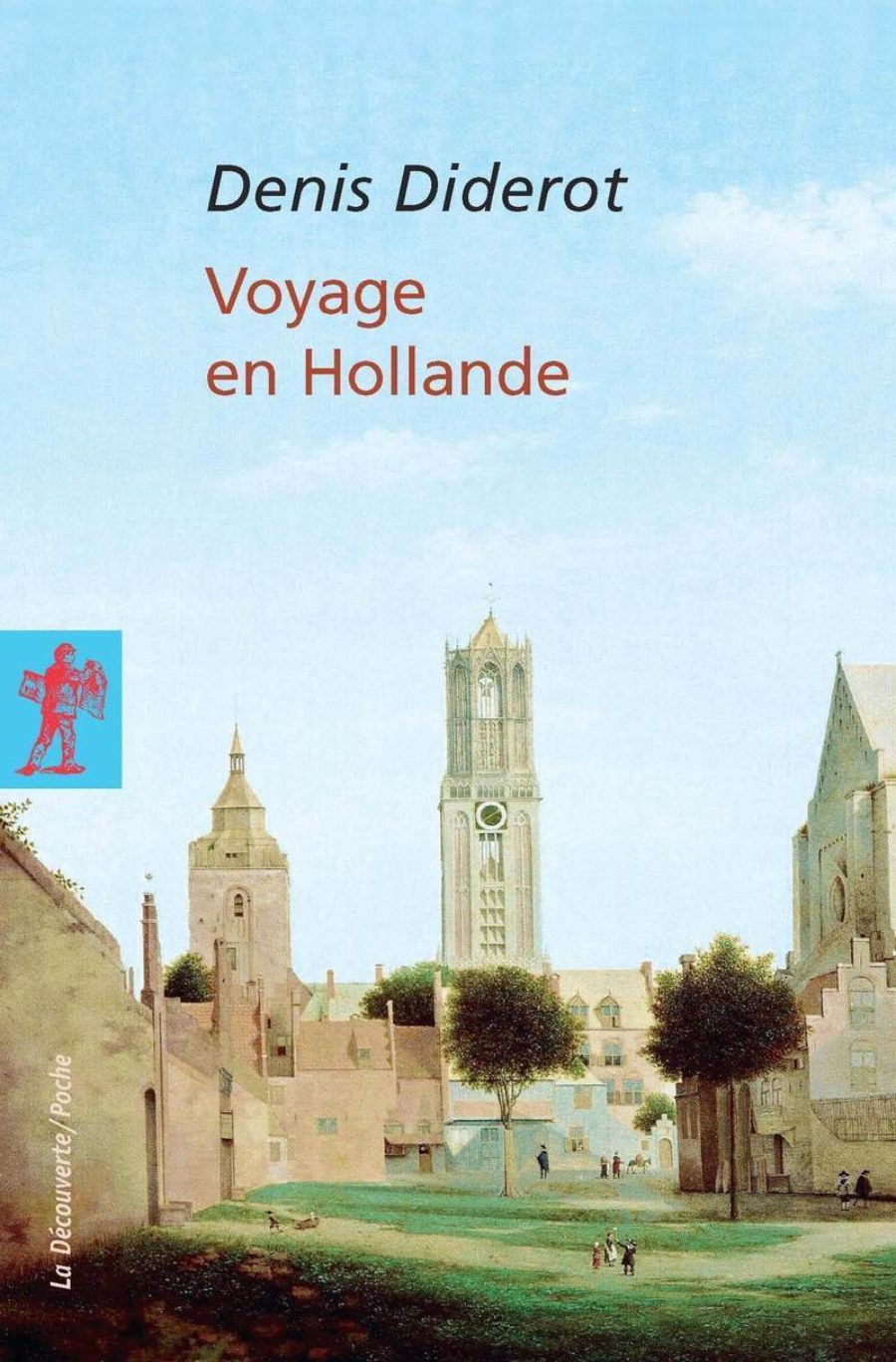 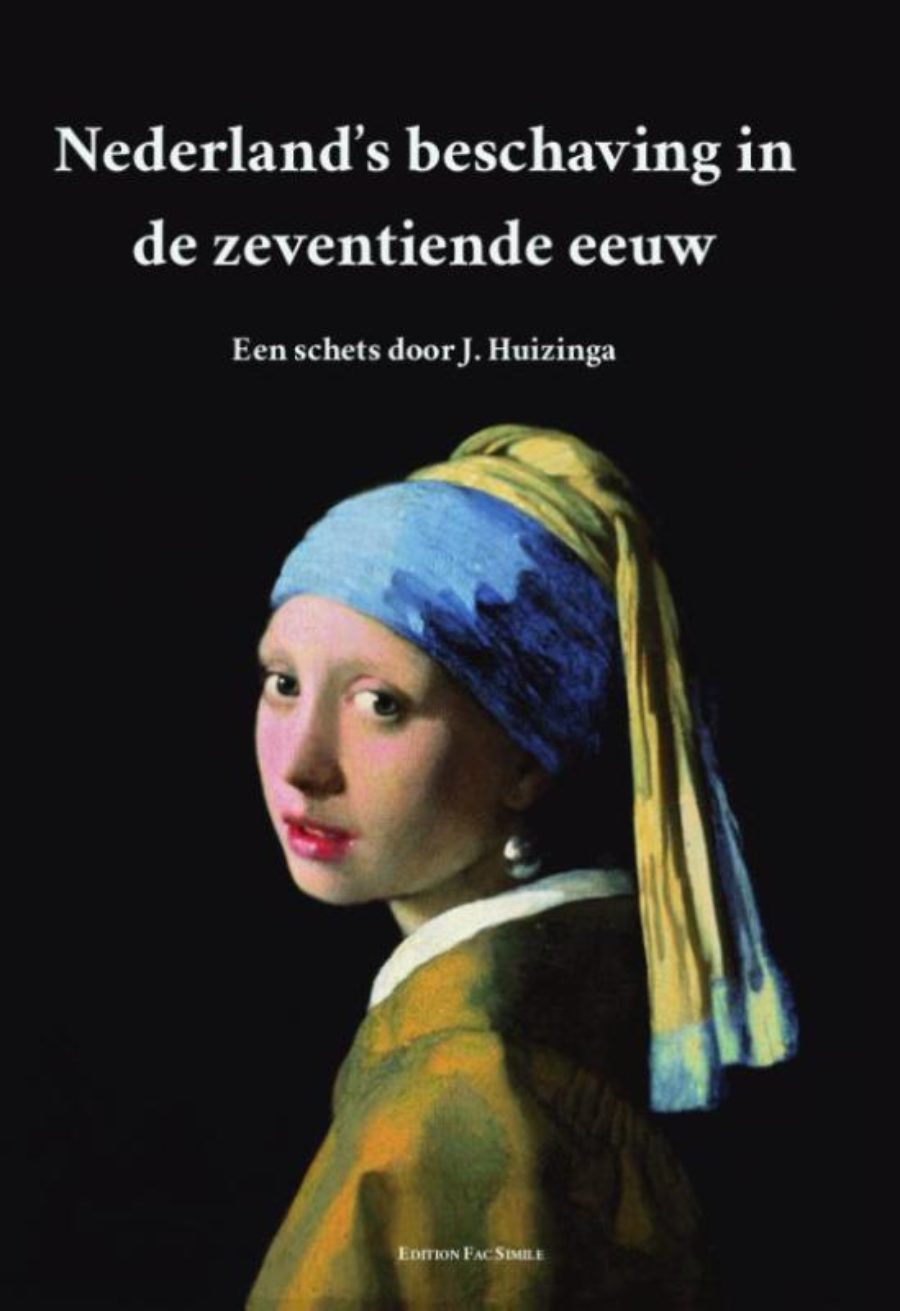 “And as for more serious books?”

“Be sure to take a look at classics such as Discovering the Dutch by Emmeline Besamusca or The Undutchables by Colin White and Laurie Boucke. They’re very informative, especially with their attention to culture and to foreigners who come to work here temporarily. If you are interested in earlier studies, read travel journals, for example that by the Frenchman Denis Diderot, Voyage en Hollande. And don’t forget the still influential study of our famous historian Johan Huizinga, Nederland’s beschaving in de Zeventiende Eeuw, published in 1941, at the beginning of the Second World War when our identity was seriously threatened. But if this is too much for you, you could listen to the lyrics of ‘15 miljoen mensen’ by Fluitsma and Van Tijn on YouTube. We now have a little more than 17 million inhabitants, but the song still usefully frames the characteristics of the Netherlands.”

“Thanks. Another question: if I had not sat next to you during the flight and had put the same question to someone else, would I have received roughly the same answer?”

“I couldn’t tell you. To a large extent, I hope so. Just as the Dutch identity can be partly ‘explained’ by our management of water, so too can it be said that there are rather liquid views of our identity, sometimes with little mutual agreement, even contradictions. Yes, it is even claimed in the Netherlands that we, as an open nation with so many diverse influences, have no identity of our own.

There will always be criticism of attempts to describe Dutch identity. That, too, is part of our identity

The unstable basis of our ‘watery’ identity also explains the extra attention given to symbols such as the fixed beacons of unity and individuality; our royal house of Orange, the orange fever at sports competitions and, for example, the massive attention to mourning ceremonies upon the death of a national hero. Or, indeed, the particular attention to traditional rituals that, on closer inspection, are not that old at all; Prinsjesdag, Sinterklaas, ice skating with cake, and so on.

“Many Dutch people have left their country in the past. Why?”

“Indeed, in the seventeenth century people left here for America to build a new future in a country some of which had yet to be discovered. South Africa, originally a focal point for the West India Company, was also very popular. An important reason for those headed to America was the freedom of religion. At that time there was much less tolerance, especially for variations within the Protestant faith. The trait ‘freedom-loving’, then, was given an extra boost by the call of the new world. And after the Second World War it was difficult for many farmers to build a life in the Netherlands. So they emigrated to Canada and Australia, where agricultural land was widely available.” 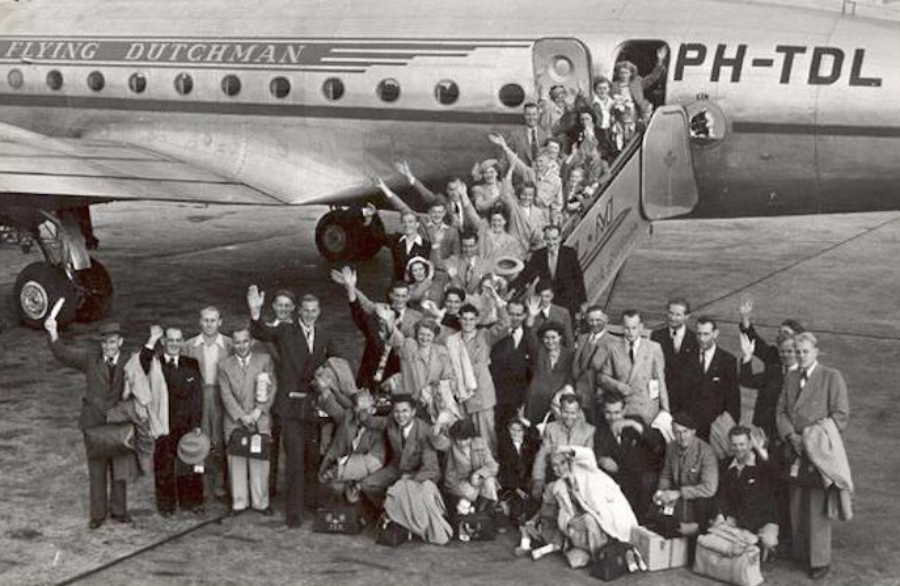 Dutch emigrants leaving for America in 1948 from Schiphol Airport.

“Why is it that the Netherlands scores so highly on the list of happiest countries, while there is so much discontent?”

“Well, that is once more typically Dutch. I already tried to make that clear with our characteristics and their downsides. In the case of something positive, it is also typically Dutch to point out something relatively negative soon afterwards. Our individualism can also result in a life on one’s own little island, with an attitude of looking out for ‘myself and my garden’, now a life behind one’s own screen. And then it becomes all too easy to forget that we are actually among the top ten best countries in the world to live in. 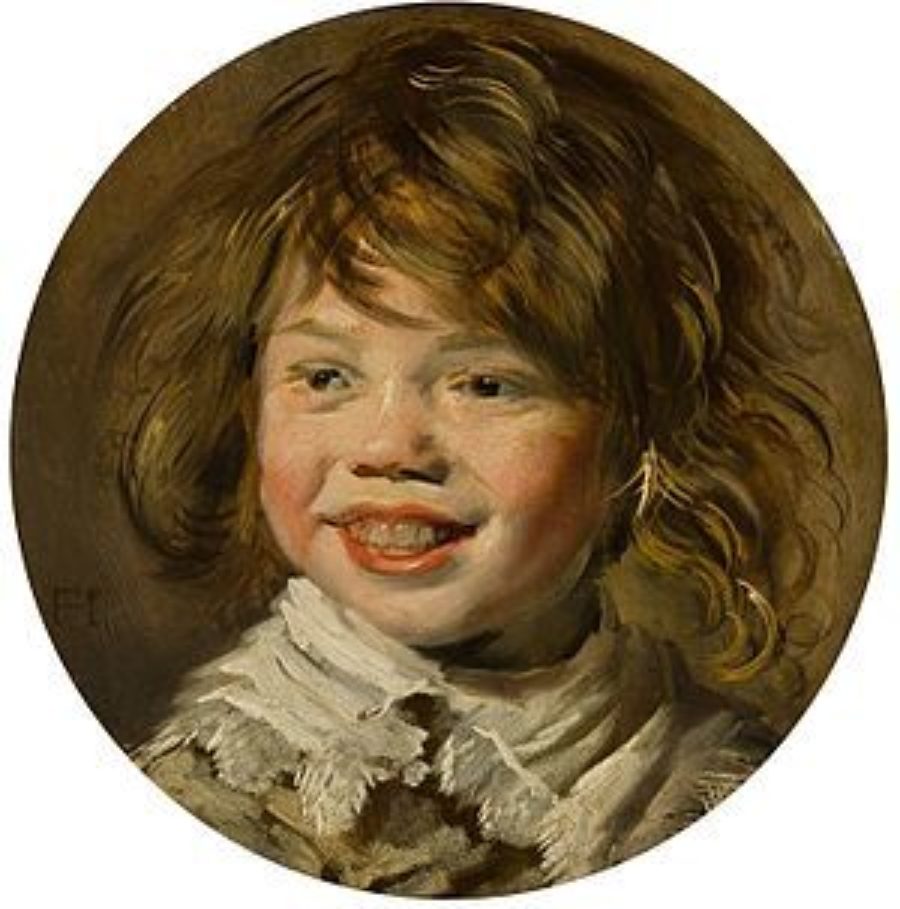 “Who wouldn’t be happy in the Netherlands?”

“We live in a low, flat country. We are down-to-earth and sober, with a ‘flat mentality.’ We are not a country for enthusiastic visionaries or people with great passions. We want to ‘see far’, but that is not often easy with all those low-hanging cloud formations from the ocean in our land of fog and manure. Moreover, we are forced to discuss a great deal and we place particular emphasis on equality. If you want something in the Netherlands and need more room to manoeuvre, you soon get caught up in regulations. That is why people with talent often only become successful when they operate internationally. Fortunately, our openness also invites you to do so.”

“In the beginning, you told me that myth about the people who had been given no land of their own, so they had to reclaim it from the water, hence the name ‘the Netherlands’. Does that mean that the Netherlands, now that it has become what it is, also has a purpose? What would the world be without it?”

“Now that is too big of a question. In the past, we were sometimes known abroad as the small country that often knew best. But I don’t dare go into it.”

“Well, this really is the last question. There is a French motto Je maintiendrai in the coat of arms of the Netherlands. That seems strange to me. From the beginning our conversation, I appreciate that ‘Duitsen blood’ does not refer to Germany, since it also used to mean Dutch. But where does the French come in? And what does that saying mean? I know that it means ‘I will maintain’, but what exactly is it that must be maintained?” 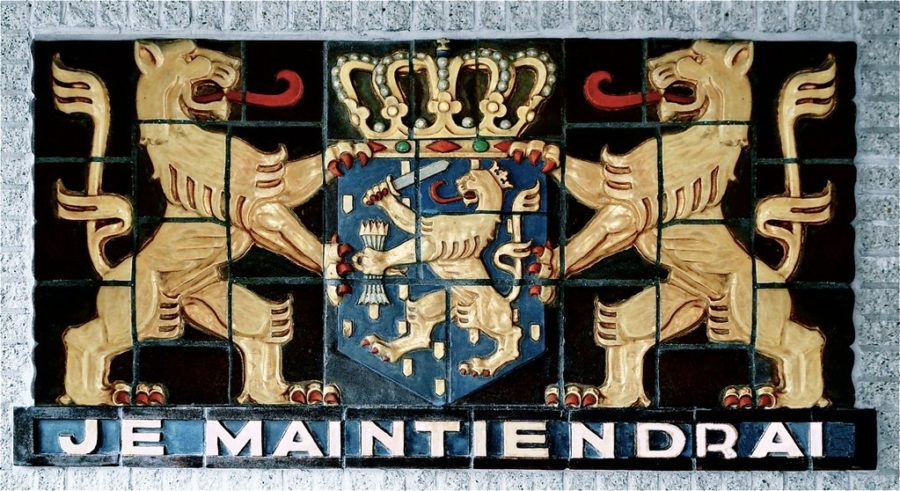 “The French is also easy to explain. At the time when the motto arose, French was the main language among higher circles in Europe. The motto was made by William I, our first ruler – known then as our Prince of Orange – who led the Netherlands in the War of Independence against Spain, the Eighty Years’ War, the beginning of our Golden Age. William of Orange explained it himself; he promised to uphold virtue, his nobility, the law of God, and honour, including that of his friends. But hardly anyone in the Netherlands knows that anymore.

Yet that mission, our place within the 200 countries in the world. Let me finish – or is that too non-Dutch? – with a proposal for a threefold modern interpretation of our motto based on our seven characteristics.

We will maintain: a society of solidarity, equality and liberalism, based on tolerance and individuality, in which all who are freedom-loving and enterprising can come into their own.

We will maintain: a dynamic balance between traits, including their downside, making the Netherlands what it is.

We will maintain everything that proves that a small country can indeed be larger than itself.”