In the past, female artists have not always been valued. Most were overshadowed by their male counterparts, excluded from education and the art world, so that their names never appear in the history books. Heleen Debruyne takes them out of oblivion and gives them the honour they deserve. In the fourth episode, we present you Michaelina Wautier: ‘The scope of her talent is enormous.’

With bared breast and a piercing gaze, she stands in the middle of a swarm of naked men as they honour Bacchus. One old lecher strokes her face, likely hoping for more, but Michaelina doesn’t even notice him. It must have been rather unusual in 1655 and caused quite a scandal: a woman depicting herself as a lusty follower of Bacchus. Mainly, women painted flowerpots, did not take lessons from professional artists and were not allowed to learn how to paint the male form from naked models – imagine the risks! Still, Michaelina knew how to break through the barriers. There is no way to know where she found the courage and self-confidence to dare the most important genre in the art world: the history painting. 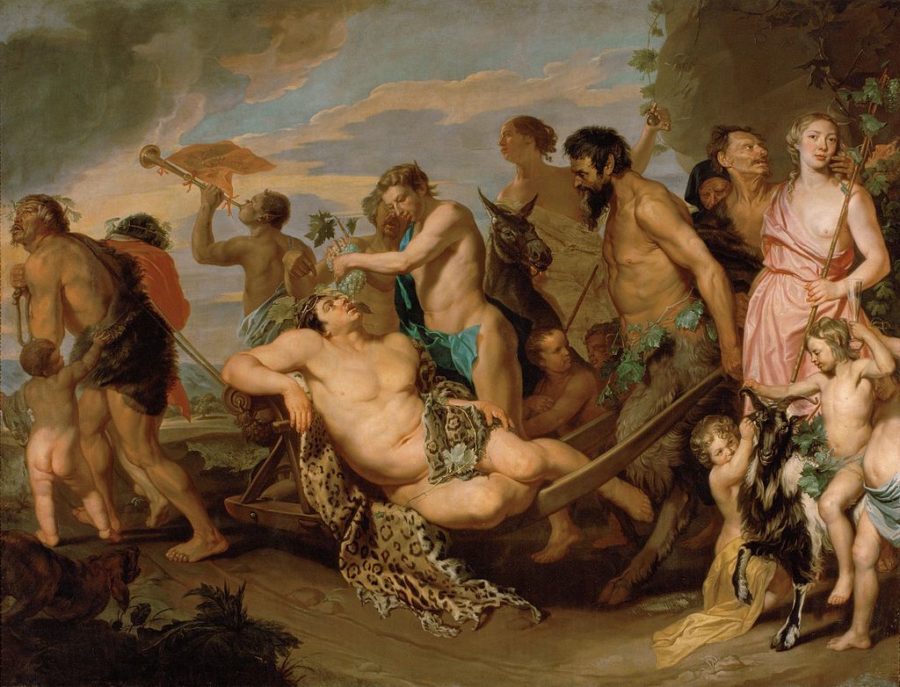 We know that she was born in Mons in 1604, the second youngest in a prosperous family with eight brothers. There were few schools in the area, but it is easy to imagine the little Michaelina curiously eavesdropping during her brothers’ lessons in history, languages, politics and art. Her brother Charles became a painter – which must have piqued her interest. The work of both of them seems to have been inspired by the beautiful work of Michael Sweerts, who had founded an academy in Brussels: did the master look the other way and allow Michaelina a place amongst the young, talented men in his drawing lessons? In any case: someone clearly appreciated her talent enough to give her a chance. 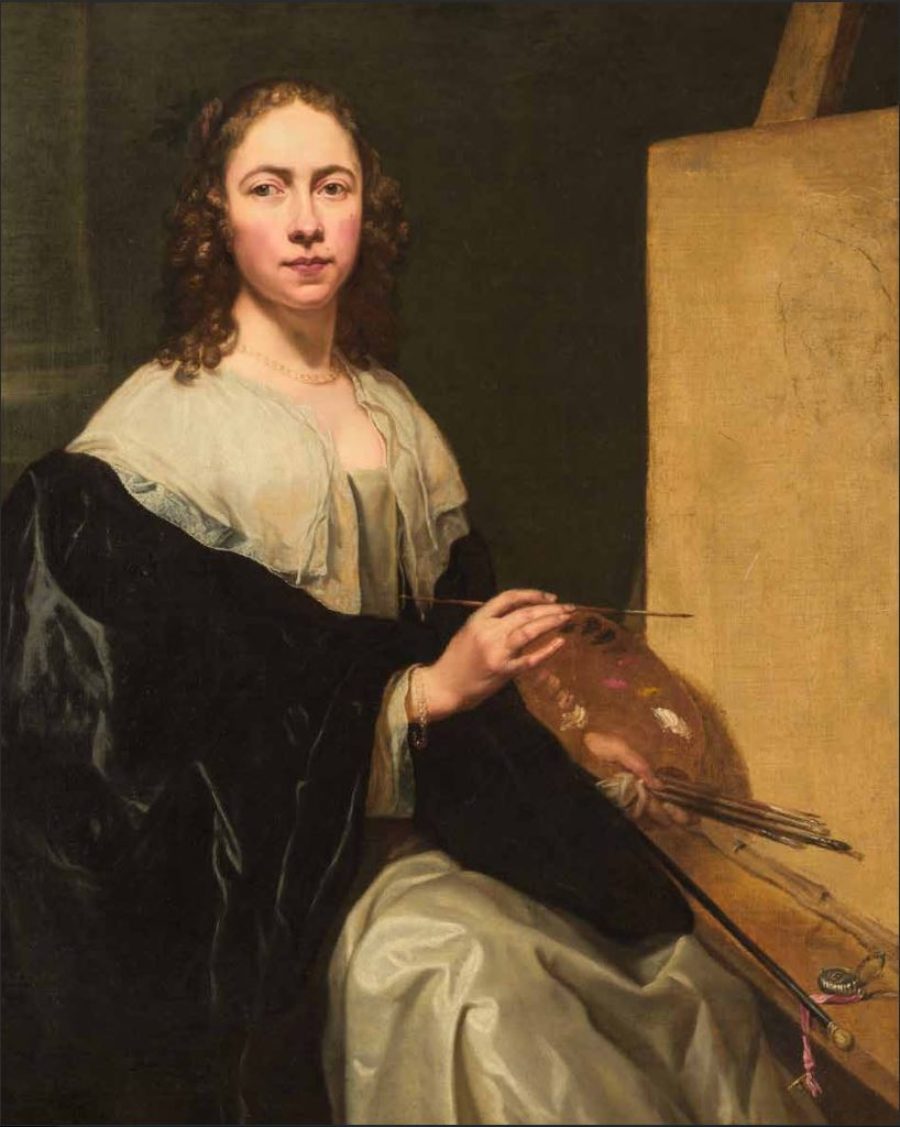 The scope of her talent is enormous. Amongst the nearly thirty works known to be done by her hand, there are history canvases, but also genre studies, incredibly lifelike portraits, still lifes, self-portraits and religious themes in both large and small formats. Most of the other 17th-century artists specialised in a single genre and did not experiment much. She did. Take, for example, the way the saints Agnes and Dorothy are painted. This is no clichéd picture of holy women, but instead, of two young girls. Very unusual is the way they look neither at the viewer not at each other. They seem completely focused on their inner lives, perhaps a presentiment of their future fates. That seems to suggest some symbolism: the young Agnes strokes a lamb, the symbol of her martyrdom. Dorothy holds a palm branch, also a symbol of martyrdom and unwavering faith. Michaelina was obviously familiar with the “Lives of the Saints” and did her own thing with them. 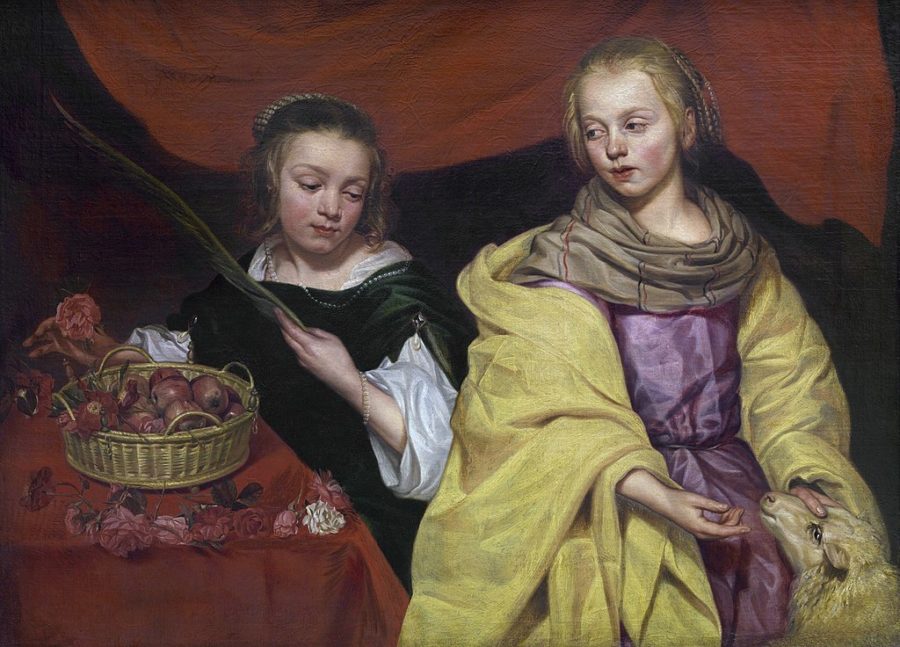 Yet she didn’t shy away from more popular themes. In the recently discovered Elk Zijn Meug, she might be interpreting the (roughly translated) idea ‘to each his own’ – though the interpretation could also be ‘to each his share’. She painted a little boy with angelic hair clasping an egg in his hand. Another boy longs for the treat but the first boy won’t give up his prize. The facial expressions of the two boys are particularly deserving of our attention: the playfulness of the one and the disappointment of the other are true to life. It is this ability to capture the truth that is striking in her portraits. The Jesuit Martino Martini leers with his spying eyes from under his fur hat, Commander Wautier has seen it all and St. John is ecstatically naïve in his faith. These 17th-century faces could belong to people sitting next to us on a city bus.

Michaelina probably knew how to get her paintings onto the market – her Triumph of Bacchus was purchased by the Archduke Leopold-Willem and she part of the art circles: Paul Pontius, a colleague of Rubens, had an engraving made of her portrait. Still, in her own time, as far as we know, nothing was written about her. She left no archival materials. We cannot determine her vision for her work, know where she found her inspiration or what is was like to be a woman in a man’s world. We do know that she never married. Was this because she saw that, all around her, marriage equalled death to the careers of the few women who had managed to make names for themselves in the art world? She would also never have children.

On 18 june 2019, Google honoured Michaelina Wautier with a Doodle © Google

After her death in 1689, Michaelina disappeared into the recesses of art history. A few of her works continued to circulate in private collections but the people doing the deals never knew who she was. Not until the Flemish art historian Katlijne Van der Stighelen came face-to-face with Michaelina and the Triumph of Bacchus in a museum warehouse, covered with dust. Immediately intrigued by the work, once Van der Stighelen learned that it had been done by a woman, she wanted to know more. Her investigations ensured that the worth of Michaelina’s work would finally be realised: at art auctions, they are sold for high prices. In 2018 she had her own exposition at the Museum aan de Stroom (MAS) in Antwerp and in 2019, Michaelina appeared on Google’s start page. This shows that exceptional talent alone is not enough to allow an artist entry into the canon, but happily, the influence and efforts of influential art history professionals can rectify the oblivion of centuries.