The Netherlands has recalibrated its historical Canon: more women and more diversity, less “Holland”, more of the provinces. And an expanded timeline of the nation’s history. New figures found in the fifty “windows” include, among others, Mary of Burgundy, Johan van Oldenbarnevelt, Sara Burgerhart, and Anton de Kom. Spotlights also shine on subjects like Migrant Workers and the national colour Orange. These new additions replace windows that previously focused on Charles V, the Dutch Republic, Amsterdam’s Canals, De Stijl, Willem Drees, Multicultural Holland, and the Natural Gas Reserves.

Created in 2006, the first Dutch Canon comprised fifty “windows” into the past, each of them housing notable events, people, and concepts. Thirteen years later, a new commission has spent one year revising the Canon, the update of which was recently presented to Ingrid van Engelshoven, the Dutch Minister of Education, Culture, and Science.

The Canon stands on solid ground: at the presentation on June 22, the Commission President James Kennedy said that there had been no need for an entire overhaul. The original Canon was robust and sound, all it needed was a bit of maintenance – because times change, and language use with it. Kennedy immediately announced that the next review, as far as this committee was concerned, should be done again within ten years. 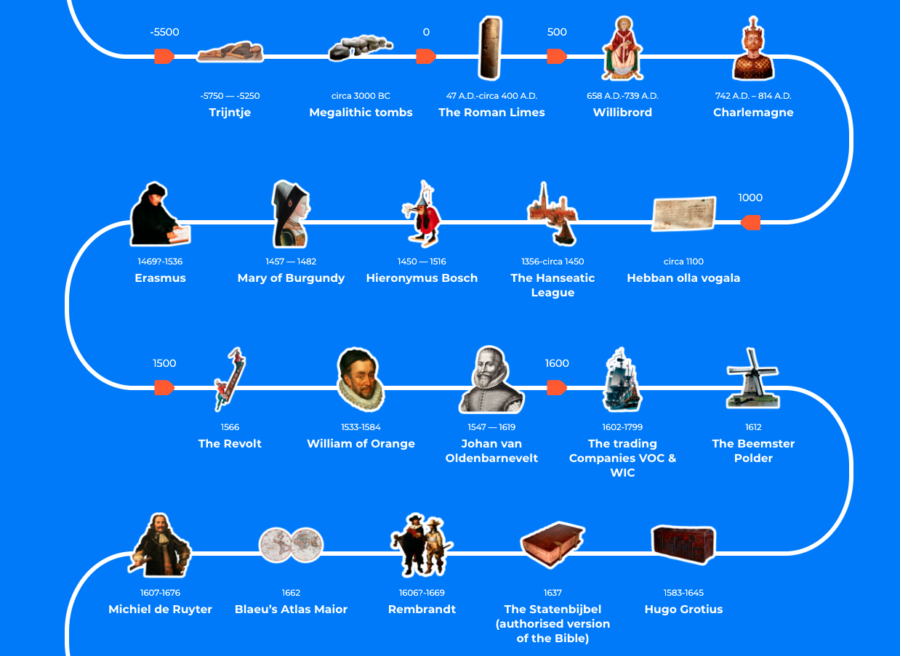 The Dutch Canon is widely used in primary and secondary education. The fifty windows are “displayed” alongside historical artefacts in thirty “Canon Museums” throughout the country. The Netherlands Open Air Museum even has a dedicated building for it. This new commission rewrote the texts in each of the fifty “windows”. They wanted to make the content more accessible for school-age children, students, and a broader public – in short, a Canon for all.

The Canon’s raison d’être continues to be its support of the Dutch education system: expanding historical knowledge and insight among students. The commission has curated seven new categories that bring the fifty windows together in content and theme. These categories serve as points of departure when developing inter-disciplinary curricula, dealing with topics like Social (in)Equality (who counts?); Politics and Society (who leads?); Language, Culture, and the Arts; Below Sea-level (living in a vulnerable delta); Philosophy and Meaning in Life (what “creates” meaning?); Knowledge, Science, and Innovation (what do we know?); and World Economy (global connections).

The Canon’s raison d’être continues to be its support of the Dutch education system: expanding historical knowledge and insight among students

Alongside these broader categories, the ten existing “time periods” continue to play a part as well. These sections parcel out the timeline covered by the Canon, and ensure, for better or for worse, that a proportionate number of windows is dedicated to each: Hunters and Gatherers; Greeks and Romans; Monks and Knights; Cities and States; Explorers and Reformers; Regents and Monarchs; Wigs and Revolutions; Citizens and Steam Engines; World Wars; and Television and Computers.

Ten out, ten in, and four of them renamed

Now to get into the nitty-gritty. The commission strove to write a more evenly balanced Canon: more women, more diversity, less “Holland”, more of the provinces, and, if possible, a more international point of view, all spread out over a longer period of time.

And four windows have been renamed: Iconoclasm became “The Revolt”; The Dutch East India Company became “The Trade of the VOC and WIC”; Opposition to Child Labour became “The Van Houten Child Labour Law” (a law from 1874 that forbade child labour before the age of twelve); and Suriname and the Dutch Antilles became “the Caribbean” more generally.

Then it starts to get interesting – the Canon needed more women. Which is why Willem Drees, the “father” of the welfare state was removed in favour of Marga Klompé – a catholic woman who became the first female minister in 1956 and helped to solidify the foundations of the welfare state throughout the 1960s. Clever. Charles V stepped back to make space for Mary of Burgundy, the woman whose marriage to Maximilian I of Austria initiated the shift from the Burgundian to the Habsburg Empire. Also clever (although I do question the extent of Maria’s fame outside the region). Sarah Burgerhart, a nineteen-year-old orphan and the literary brainchild of Betje Wolff and Aagje Deken, also steps into the Canon as a beautiful icon of the Enlightenment and a model for feminists to come.

In the shift away from the Holland-centric narrative, Limburg’s coal industry is now also represented in the Canon alongside the Groningen Natural Gas Reserves (the latter of which has largely diminished, anyway). The catch-all term “Republic” has been replaced by the more concrete example (pars pro toto) of Van Oldenbarnevelt, the grand but ultimately disgraced “Grand Pensionary” of the times (a president of sorts). And the window once known as the “Iconoclasm” of 1566 has now been expanded to discuss the entire Revolt against the Spaniards until the 1581 Act of Abjuration, perhaps the most important foundational document of the Netherlands and an inspiring example for America’s 1776 Declaration of Independence.

The committee also wanted to pay closer attention to the earlier time periods, so they inserted Trijntje – a skeleton from 5500 BC – before the Hunebedden of Drenthe which date back to 3000 BC. Annie M.G. Schmidt kept her spot, but De Stijl was not so lucky. The Canon’s account of slavery was, of course, maintained, but the window entitled “Multicultural Holland” was rethought in order to give Anton de Kom a more specific place in the spotlight: the first person of Surinamese descent in the Canon, an anti-colonial author, activist, and hero who died in the German concentration camp Neuengamme. An additional window for Migrant Workers makes the Canon all the more colourful, though the window for Suriname and the Dutch Antilles has been expanded to represent the Caribbean region as a whole (the result of certain political shifts). 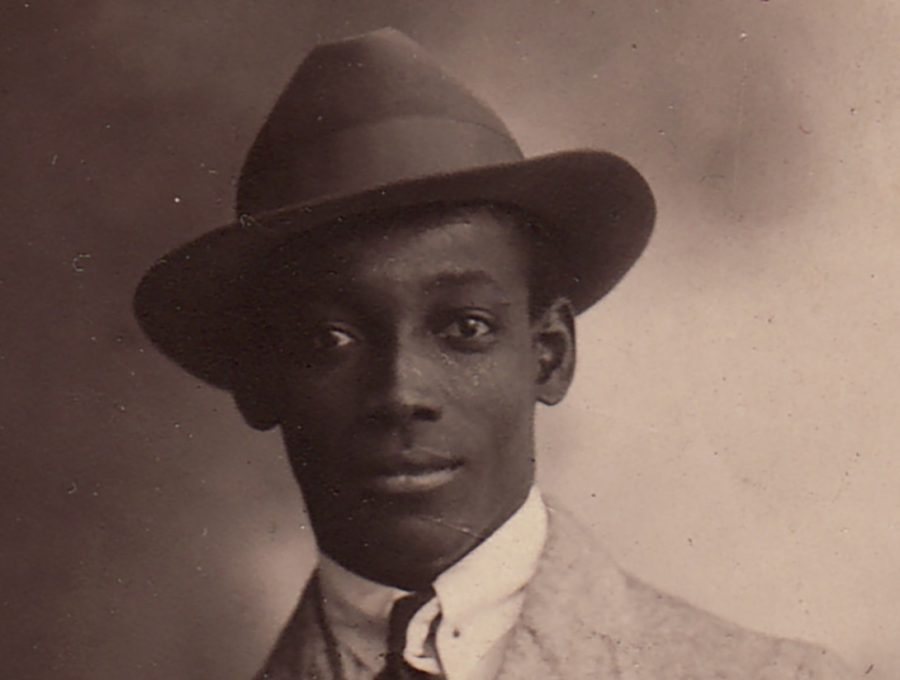 Finally, there is the window for the national colour, and the sense of pride that goes with it: Orange. A colour that in Holland represents a certain comradery – a sentiment that is much stronger in the Netherlands than it is in Flanders, let alone in Belgium as a whole. This sentiment is mainly exuded on King’s day and at national sporting events when droves of Dutch don the national colour. The Netherlands has, after all, produced a number of international sport’s heroes, from runners to skaters, to football players. And Orange bears witness to the heroic 1974 World Cup loss against Germany as much as it does to the Lionesses’ incredible 2017 UEFA Championship win.

If there is ever to be a Flanders-specific Canon, it might look to the Dutch Canon of old and new for inspiration: Charles the Great, ‘hebban olla vogala’, (the first sentence ever written in Dutch), Mary of Burgundy, Erasmus, Charles V, and even King Willem I might represent Flanders too. And the Iconoclasm that has come to be understood as the prelude to the Dutch Revolt, originates with a 1566 sermon in Steenvoorde, which was then a part of Flanders but now resides in Northern France, or French Flanders if you will. In the related text of the revised Canon, I come across mention of the “West Flemish Steenvoorde”. Indeed, there is always room for improvement. Le bon Dieu est dans le détail.

Translator’s note: The website is available in both English and Dutch, and has also been translated into a number of additional languages besides.