The selection committee and its chair Prof. Dr. Annick Schramme unanimously proposed Hendrik Tratsaert (Ostend, b. 1968) as Ons Erfdeel vzw’s new director. The proposal was corroborated by the core editorial staff and Tratsaert’s position was formally confirmed by the Board of Directors, headed by President Jan Schinkelshoek, on 4 September 2020.

Among other things, Hendrik Tratsaert coordinated the 1997 edition of the Dutch-Flemish Theatre Festival, and was in charge of interdisciplinary, multilingual art magazine janus (1999-2005). In 2006, he founded Vrijstaat O. in Ostend. Tratsaert developed Vrijstaat O. into a thriving arts centre that would eventually lie at the basis of KAAP, the organisation born out of the merger of Vrijstaat O. and De Werf (Bruges). In early 2020, he founded Exil, which has been described as a ‘welcoming landing site for the arts’, a non-profit organisation that launches innovative projects on an ad hoc basis.

The Board of Directors is confident that Tratsaert will boldly lead Ons Erfdeel vzw into the future. 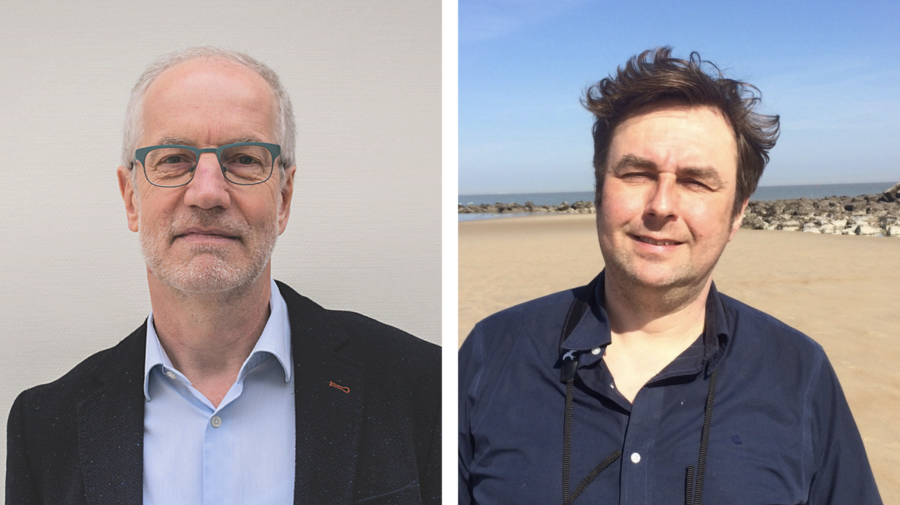 Ons Erfdeel vzw specialises in reporting critically on language, art, literature, history and societal matters in both Flanders and the Netherlands. It does so online in Dutch, French and English, as well as in print, as it publishes de lage landen magazine and French-language biannual publication Septentrion. In addition, it also publishes books (e.g. Nulpunt 1945, which came out recently) and manages an online archive comprising nearly 20,000 articles.

Luc Devoldere has been in charge of the organisation ever since 2002 (in succession to Ons Erfdeel vzw’s founder Jozef Deleu) and will step down as editor-in-chief at the end of the year.