Why have the Dutch and Belgian governments still not offered official apologies for the suffering they caused in their former colonies? Should apologies be forthcoming though? 'Cultivating a collective feeling of white guilt is counterproductive,' says Hind Fraihi. 'But we can work towards a growing awareness of privilege that does not make us blind to modern forms of slavery.'

It looked as if a new iconoclasm had broken out in early January 2018. That is, if you believed some of the media and politicians, including Prime Minister Mark Rutte. The trigger? The alleged removal of the bust of Johan Maurits of Nassau from the museum of the same name in The Hague. According to a spokesperson for the Mauritshuis, the bust had been removed in light of the growing discussion among the Dutch about the slave trade in the Netherlands. After all, Maurits of Nassau, a second cousin of William of Orange, was not just the Stadholder and Commander-in-Chief of the army of the Seven United Netherlands. For a time, he was in the service of the Dutch West Indies Company and earned huge amounts of money with the transatlantic slave trade. Money that he used, among other things, to build his opulent city palace. 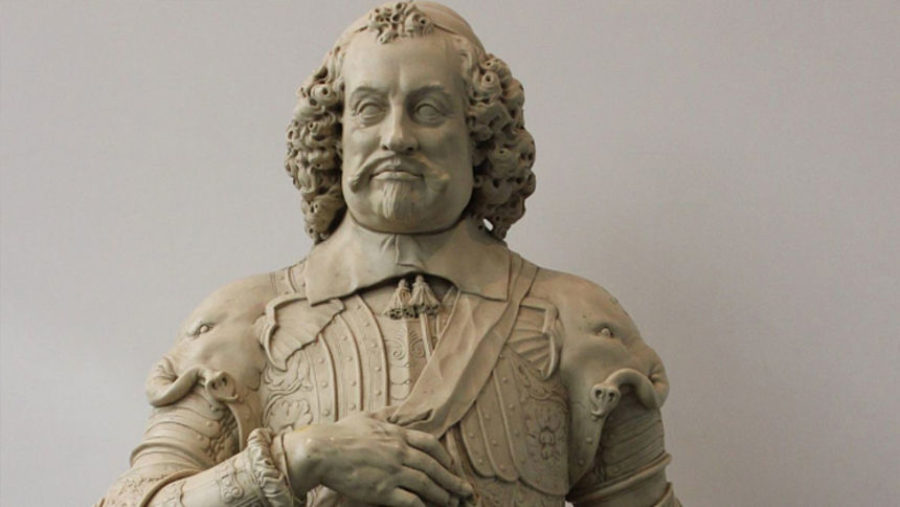 In the end it turned out that the sculpture had only been moved and it was all a storm in a teacup. Nonetheless, it was enough to show the sensitivity surrounding a few big, but emotionally charged names from Dutch history - and the sordid business that the Republic of the Seven Netherlands was involved in during its Golden Age.

In Belgium, on the other hand, the renovated Royal Museum for Central Africa, renamed the AfricaMuseum, has encountered the usual criticism. Trying to build a balanced museum round colonisation is in itself a bizarre idea, when it continues to be housed in a majestic building put up in honour and to the glory of Leopold II, “who brought civilisation to the Congo”. A civilisation that was accompanied by slavery, exploitation, the chopping off of hands and what we would now call all-out genocide.

The scant debate about the AfricaMuseum has remained limited to the obligatory round of opinion pieces without much impact. How different things are in the Netherlands. There, an articulate black community continues to hammer on about the unnuanced veneration of naval heroes with a dubious past, while action groups like the Grauwe Eeuw daub statues with paint. In Belgium they are much less militant, almost mild in fact. The city of Ghent recently decided not to change the name of Leopold II-laan. A piquant detail: controversial figures of foreign origin fall from their pedestals much more easily. In 2012, for example, the city of Leuven had no problem renaming Fochplein, originally named after a French marshal from the First World War, after the rather less martial Rector de Somer.

However, a United Nations working group, which visited the country to conduct research into racism and xenophobia towards residents of African origin, certainly did not share the rather mild view Belgians have of their colonisation of Congo. Not only did they find it incomprehensible that there are still many statues in the AfricaMuseum that project a propagandist image of colonisation. They also came to the conclusion that much of the contemporary racism in Belgium originates from “the lack of recognition of the true dimensions of the violence and injustice of colonisation”. In the opinion of the commission it is therefore essential for Belgium to explicitly apologise for its colonial past in Congo.

No excuses for the time being

That is the real crux of the matter: apologies. Europe is struggling with the question of whether it should explicitly admit its guilt for the misery caused by colonisation and the slave trade. People often point to Emmanuel Macron who, in 2017, referred to France’s colonial rule as a “crime against humanity”. As yet though, more than two years into his presidency, there is no mention of official apologies. However, a tentative start has been made to return stolen African art that is currently in French museums. Moreover, Macron acknowledged that the French army had indulged in torture and unlawful executions during the Algerian War of Independence.

But one swallow does not make a summer and, what is more, it flies extremely slowly. Belgian Prime Minister Charles Michel has only apologised to the so-called “half-blood children”, who were born from relationships between white colonials and black women. After independence they were removed from their mothers and put into orphanages. In the Netherlands, Rutte’s cabinet refused to comply with a request from the Mayor of Rotterdam, Ahmed Aboutaleb, to offer apologies for the slavery of the past. Countries like Germany, Great Britain, Italy and Spain as yet have no plans to apologise for the colonial period and/or slavery either.

What is noticeable is that Europeans find it less difficult to admit to and compensate outrages committed on their own continent. The Dutch railway company, NS, is going to pay damages to the descendants and survivors of the Holocaust. NS is doing this because the company played an indisputable role in the transport of tens of thousands of Jews to Camp Westerbork, from which they were transferred to the concentration camps. As far back as 1952, Germany signed the Reparations Agreement with the state of Israel, whereby it would pay compensation to Jewish victims of the Nazi regime. 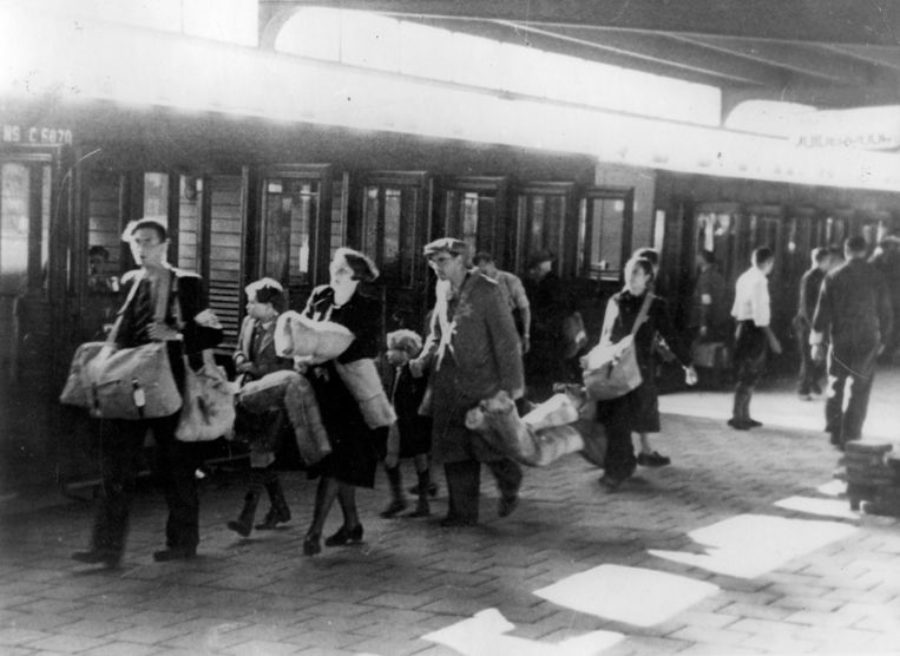 Afraid of claims for damages?

Is that the problem? Those who admit guilt and offer apologies also expose themselves to claims for damages. The African World Reparations and Repatriation Truth Commission first put a figure on the compensation due for slavery and colonisation in 1999. According to the organisation, the West should pay around 777 trillion dollars to Africa. In the United States it was calculated that the Afro-American community had a right to about 14 trillion dollars in compensation for the suffering and deprivation caused by slavery.

Astronomical sums that leave you gasping for breath. Yet, in 1833, when slavery was abolished, the British government paid out the current equivalent of 17 billion pounds in compensation for damages. Money that did not go to the slaves though, but to their former owners, in compensation for the “loss of human property”. It is an indication of the economic value generated by slavery.

However, there seems little point in turning the West into an economic wasteland in order to scrape together compensation of such dimensions. Apart from the practical objections (Who should you pay? And who exactly should be responsible for which amount? Should European countries that never had colonies contribute to paying damages for slavery as well?), there is also a moral dilemma. 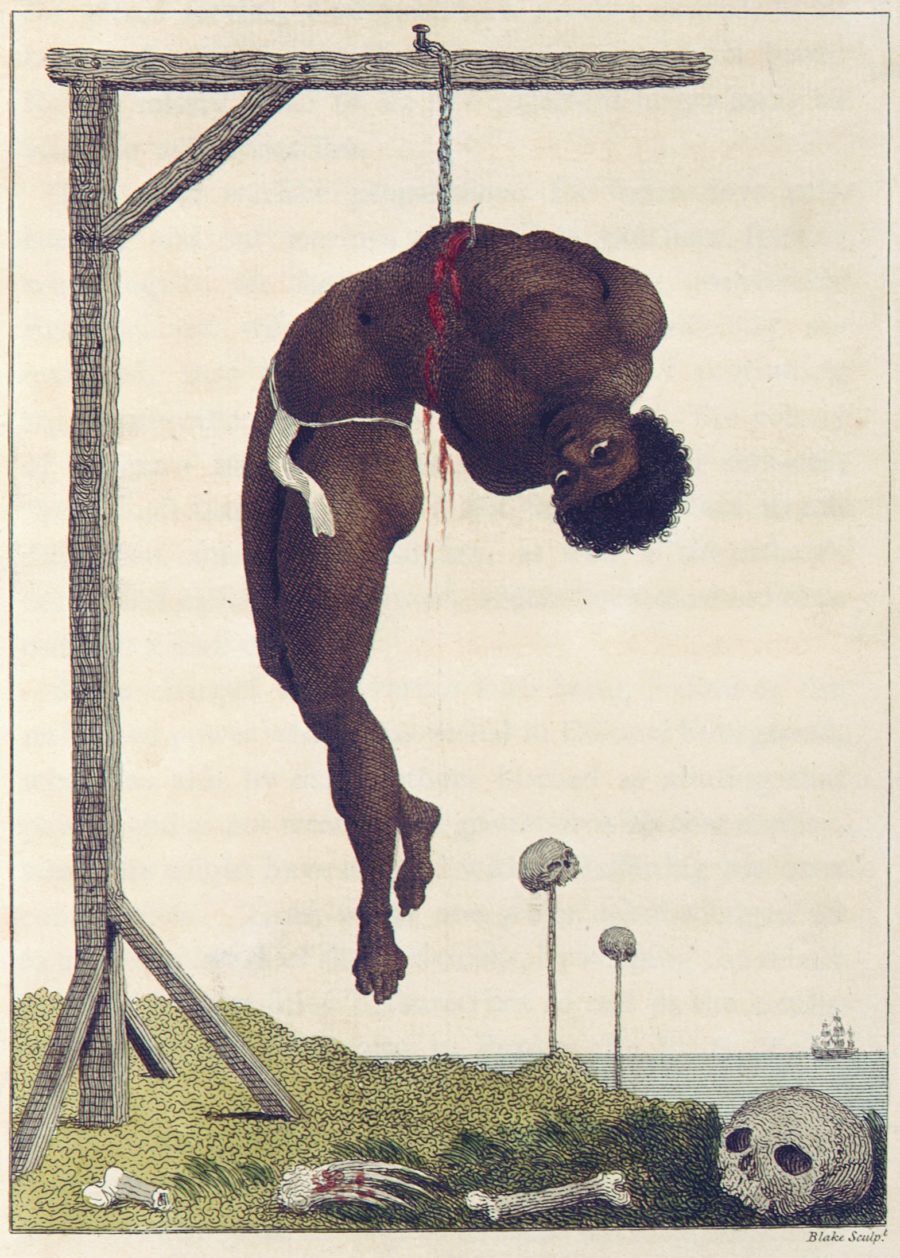 "A Negro in Surinam hung alive by the Ribs to a Gallows", William Blake, 1796 © Wikipedia

No, not that the slave traders and colonisers were merely “children of their time”. As early as 1615, the Dutch poet and playwright Bredero fiercely condemned the slave trade in his play, The Little Moor, “Inhumane custom! Godless rascality! That people are being sold to horse-like slavery. But it will not escape God’s attention.” Obviously, this was mainly directed against the Spanish and Portuguese, competitors on the world’s seas. Once the Dutch Republic was able to participate in this lucrative trade as well, the objections quickly faded away. Not least because any theological or moral objection was dismissed by pointing to the “inferior development” of the black population. In other words, how the slave trade prepared the way for contemporary racism.

On the other hand, slavery is not a purely European phenomenon, nor was it invented by Europeans. The transatlantic slave trade was an almost industrial-scale expansion of practices that had been going on for centuries. Every man, woman or child of the tens of millions who were transported on the slave ships was captured and/or sold by an African or Arabian middleman. 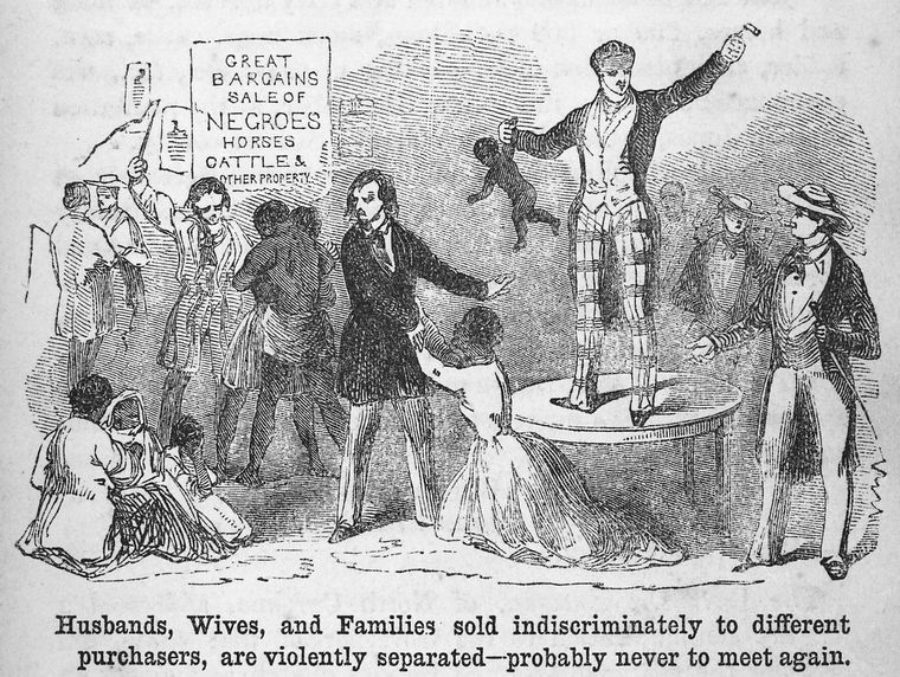 If the West rejects its past as immoral, it implies that these days everything is in order. Yet nothing could be further from the truth, racism and xenophobia seem only to be increasing on the old continent – which is one more reason not to get caught up in polemics and polarising claims about the past. 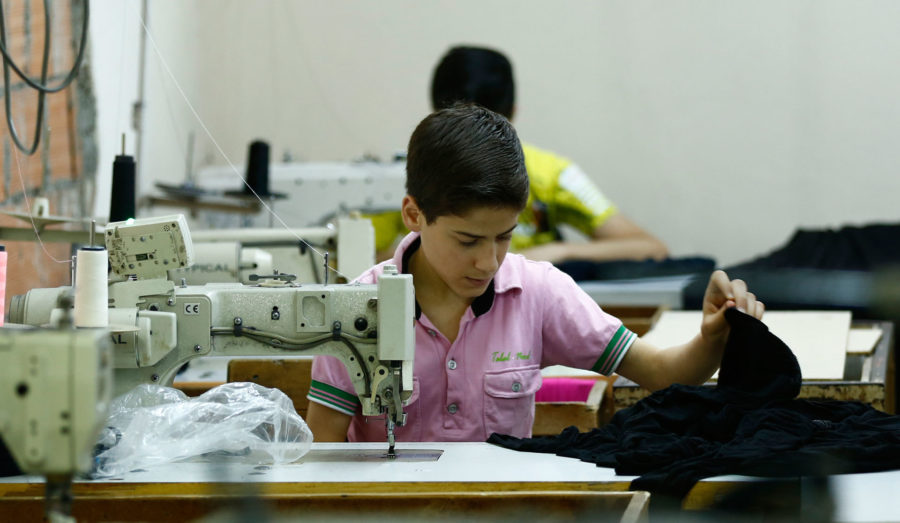 The past should be a place to drop anchor, but it should not become a prison. We must set our sights on the future. In that respect, cultivating a collective feeling of white guilt is counterproductive. No one can be expected to feel guilty about injustices that took place generations before their birth. We can, however, work on a growing awareness of privilege that does not make us blind to modern forms of slavery. The International Labour Organization (ILO) and the International Organization for Migration (IOM) reckon that more than 40 million people worldwide live in modern slavery and that 89 million people are involved in a form of slavery.

Modern slavery is a hidden crime and every country is involved, according to the 2018 report of the Global Slavery Index. Modern slavery occurs in many sectors, the clothing industry, the mines, agriculture - everywhere from diplomats’ houses to the carwash, to name just some of the examples from the report. The G20 annually import around 354 billion dollars’ worth of products at risk of being linked to slavery.

That is not to mention the modern-day precariousness of temporary contracts, underpaid jobs and weak social statutes. Those, too, are forms of modern slavery. The past is an anchor but should certainly not blind us to the dehumanization of the present and the future. We need to look forward. After all, a ship cannot set sail till the anchor has been raised.