Radical Islam Remains Among Us

In 2006, Hind Fraihi achieved international fame when she exposed the advanced level of Muslim extremism found in Molenbeek, Belgium. Today, Fraihi says that little has changed and that radical Islam increasingly gains influence. Intelligent services warn us of ‘a second generation of Salafist organizers’. 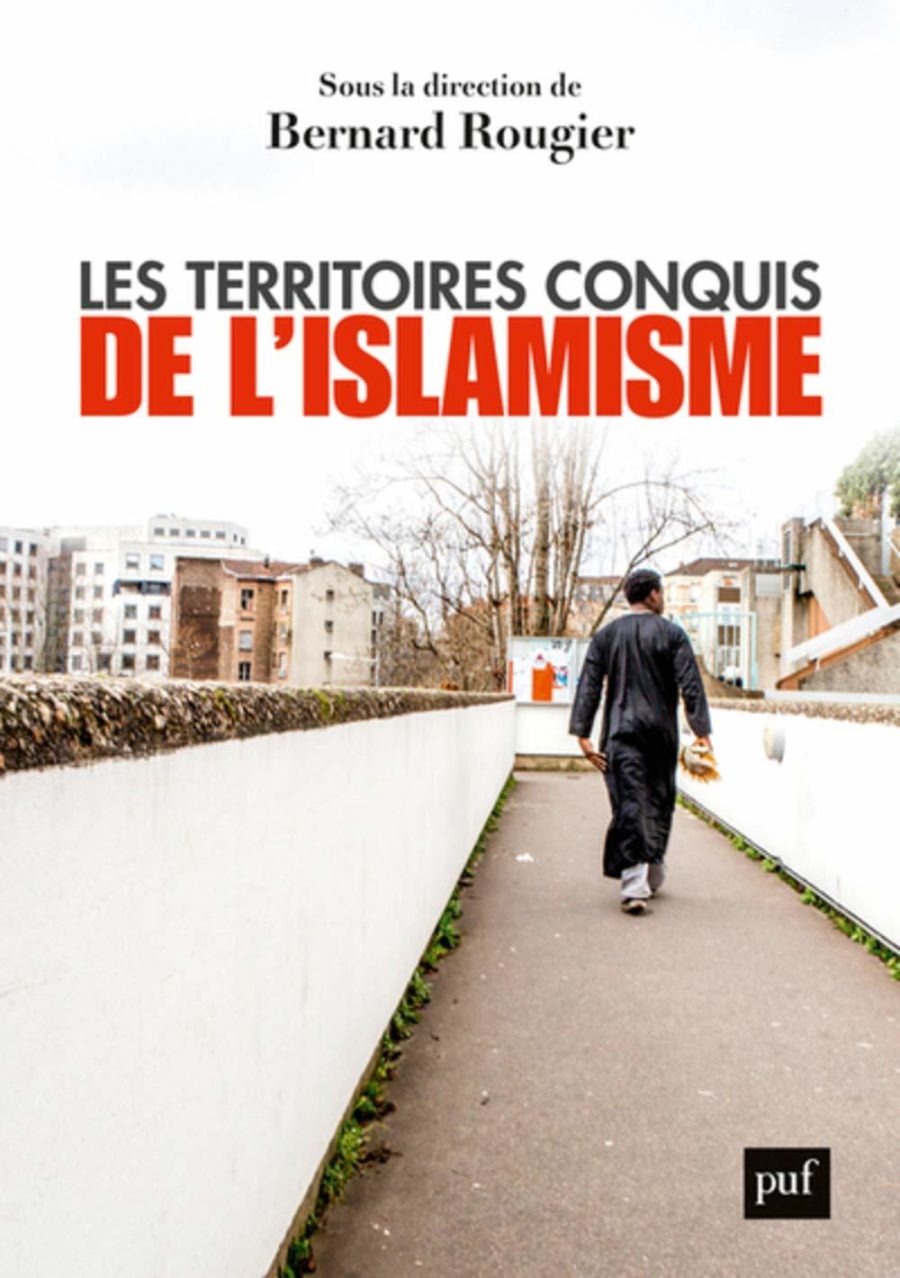 Islamic ghettos have fully returned to the limelight thanks to the book Les territoires conquis de l’islamisme by the French expert on the Middle East, Bernard Rougier. He demonstrates that in many of our migrant communities, the extreme Islamists are increasingly calling the shots. It is what he defined, after four years of fieldwork, as an ‘Islamist ecosystem’. An amalgamation of mosques, gyms, shops and other organizations that at first glance appear to function as innocent, community-building spaces. But a fundamentalist discourse hides under the surface, one that seeks to keep worshippers away from influences that lean towards Western society. The goal is to build a parallel Sharia state that feeds a pipeline of intolerant, severely anti-Western and even violent readings and rhetoric.

These are also the findings of the AIVD, the Dutch General Intelligence and Security Service. They warn against the growing influence of ‘a second generation of Salafist organizers’ who over the long-term form ‘a serious threat’ for the Dutch state. One of the largest problems with this fundamentalist Islamic sect is that it hopes to achieve a ‘parallel society’ in which Dutch law does not apply. A Sharia-world, in other words; Financed with foreign money, primarily from Saudi Arabia and the United Arab Emirates, with the intention of implanting the most narrow-minded form of Islam in Europe.

The primary targets? Not the non-believers, but those from within their own Ummah. Community members who are less picky about the definition of haram and halal. Armed with the teachings of Mohammed ibn Abd al-Wahhab, the founder of Wahhabism, they pressure their fellow Muslims into choosing the ‘right path’. This starts with innocent ‘suggestions’, like ‘Sister, your headscarf reveals too much hair’ or ‘Brother, maybe it would be better if you didn’t sell alcohol in your corner shop.’ But gradually their influence grows, and with it the peer pressure to align with the stricter rules and customs.

The Council of Moroccan Mosques in the Netherlands shares these findings too. During his deposition by the Parliamentary Commission of Inquiry, who are tasked with investigating the interference by unfree countries in mosques and other Islamic organizations, the Vice-Chairman Saïd Bouharrou reports that a small group of young, strictly orthodox Muslims exerts pressure upon the others. He elaborated: ‘People say to them “you are not a good Muslim”. Those who don’t want to partake in strict customs are accused of sowing discord in the Muslim community’.

And we haven’t even touched upon the “Jihad Capital” of Molenbeek yet. According to Rougier, it is ‘the most advanced example of an Islamic ecosystem’. In fact, not much has changed there since I was undercover in 2005 behind the closed doors of radical Islam.

Many left-wing politicians still strike deals with the Salafis and Wahhabis, turning a blind eye to the goings-on in the shady backrooms of local mosques in exchange for votes. Even the AIVD was initially mistaken about the Salafis, who they saw as a potential ally against Islamic inspired terrorism. ‘We thought this group could act as a buffer with regard to violent jihad. In practice that buffer function was not performed by the community. We have seen that people within the community are taking less and less distance from violent jihadism’, said Dick Schoof, director of the secret service. 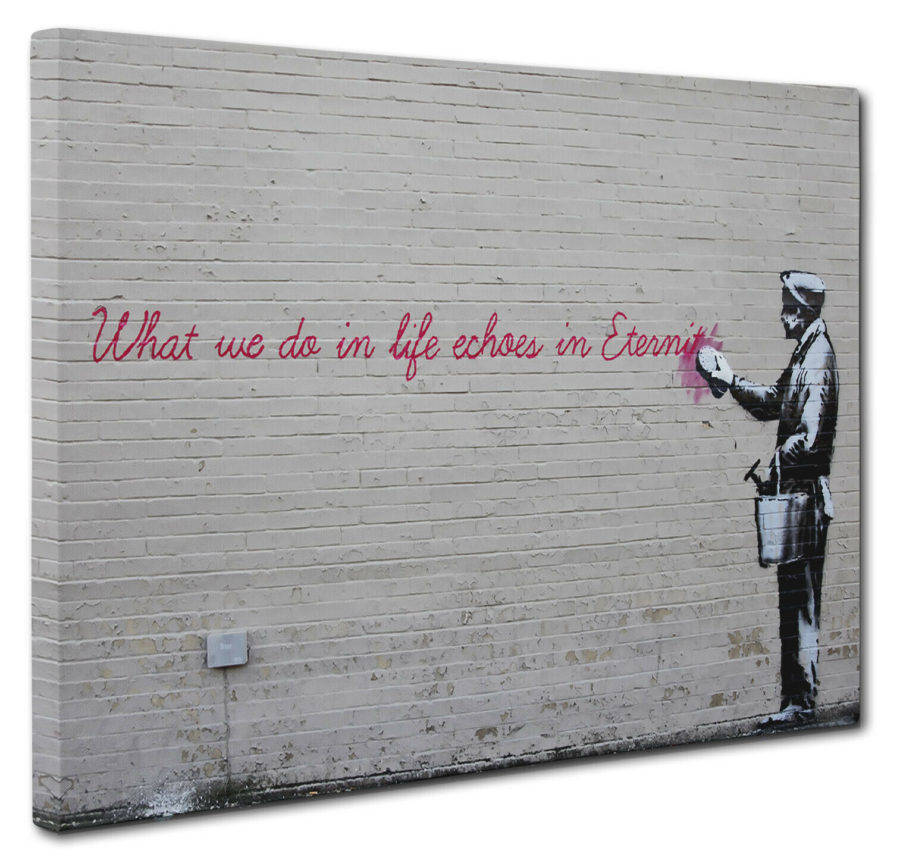 These are two examples of relationships that are propped up by a mutual lack of understanding about the other. Or the refusal to understand the other.

Why we don’t understand one another is summarized in a nutshell in the movie Gladiator by Ridley Scott. Right before an important hit on the Germanic tribes, the Roman general Maximus riles his troops up with a pep talk ending with the magisterial words: Brothers, what we do in life, echoes in eternity. A gripping slogan that has since found its way to countless wallpapers, t-shirts and coffee mugs.

But to think about it more closely, one immediately sees where the dividing line fundamentally lies between our Western society and the Salafist view of existence.

The pronouncement, which happens to be a light adaptation of what Emperor Marcus Aurelius wrote in his philosophical diary Meditations, fits perfectly with the shared perspective of most Westerners. God is pronounced dead, encased in folklore and devotion. In all respects, he is but a powerless fairy tale figure. You get just one life, and what you do with it is entirely up to you. We have become God ourselves. The only thing that remains after your death, besides the potential children and a few possessions, is your reputation. That remains attached to your name for all eternity and determines how coming generations will come to think of you. This view equally fits in with the mania exhibited by contemporary politicians and influencers who just want to ‘leave their mark in history’.

But there is also another reading of this statement. Namely, one in which eternity does not mean “eternity” per se, but the hereafter. The vision of God as anything but caged or dead; as the supreme being who determines the fate of every life. In this view, life is not so much your property, but a gift. Or even a loan from a creditor who, after a while, comes to check up on whether his investment is paying off. What a person does in this life does not contribute to greater personal glory, but is done to “earn a place in heaven”. Our actions, mistakes, negligence, good deeds, and generosities determine which place we will receive in the hereafter. In heaven, or in hell.

These discordant views make a mutual understanding virtually impossible. Westerners live as though we play the lead role in a movie based upon our own existence. And after the credits roll, there is nothing but darkness. Salafis see their existence on earth merely as the opening act for an eternal life. This new life is to be found in death. This explains why people in the West react with such disdain to the relatively rare, but exceptionally well-documented phenomenon of the suicide attack based in religious motivations. A small minority of people who have been radicalized far enough, offer their lives with great pleasure in exchange for a one-way ticket to Paradise. In doing so, they deny us the most valuable thing we own: our lives. 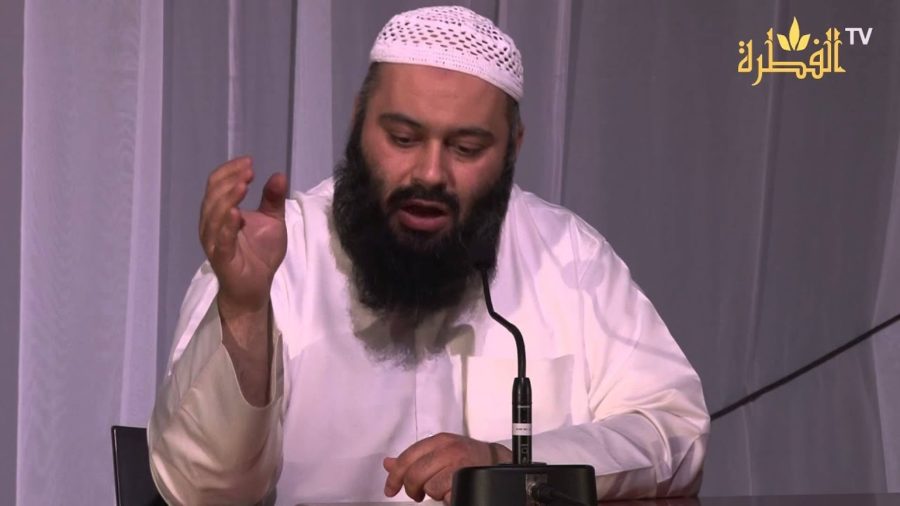 Suhayb Salam, the controversial imam at the alFitra mosque in Utrecht © YouTube

The conviction of Allah comes before the law, as exuded by men like Suhayb Salam, the controversial imam at the alFitra mosque in Utrecht, an institution whose community includes a number of ex-Syrian fighters. ‘We Muslims determine our own norms and values. Whether you like it or not,’ he rebuked in a discussion with the Tweede Kamer. In his case, this means a world where Islamic marriages without legal bases allow for polygamy, where children are taught at extremely young ages that non-believers are bad and unclean, and that stoning is an appropriate punishment for homosexuals. Where terms like freedom, equality, and rights don’t even exist. Certainly not for women. Of course, it is by no means a requirement that they embrace all Western values. Nor is it forbidden to withdraw completely into a strict interpretation of a centuries-old religion. But implicit to this acceptance is that some people simply cannot be integrated: those who have sunk too far into the repudiation that sprouts from this twisted form of Islam. Those who see their lives as nothing but vehicles to sacrifice.

To take the death-cult as leitmotif is an individual choice until it leads to situations where hate is propagated, where traitors are threatened, and where less strict believers are put under enormous pressure. Where intolerance takes advantage of legal systems in order to restrict the lives of others. It is no longer possible to negotiate with such figures. Let alone to sing Kumbaya.