Searching for the Cuckoo: This Magnificent Cake! - a Stop-motion Film about Belgium’s Colonial Past

Realism, surrealism and the absurd compete for priority in the Emma De Swaef’s and Marc James Roels’ stop–motion film This Magnificent Cake! In their third stop-motion film this duo show the consequences of Belgium’s often inept colonialism in Congo, and at the same time, sharpen the spectator’s view on it. What do we really understand to be true?

When the king is startled awake in the night, a cuckoo’s calling lures him outside. The sound leads him into the palace garden, to the royal domed glasshouse, full of tropical plants displayed like trophies complete with name markers. Searching for the cuckoo, the king discovers a large carved head amongst the foliage. As he stares at his own image with an open mouth, the open mouth of the stone head replies with a gurgling noise, followed by water appearing, also from the ears. The fountain soaks the king. He screams, wakes up, falls out of his bed and finds he has wet himself. 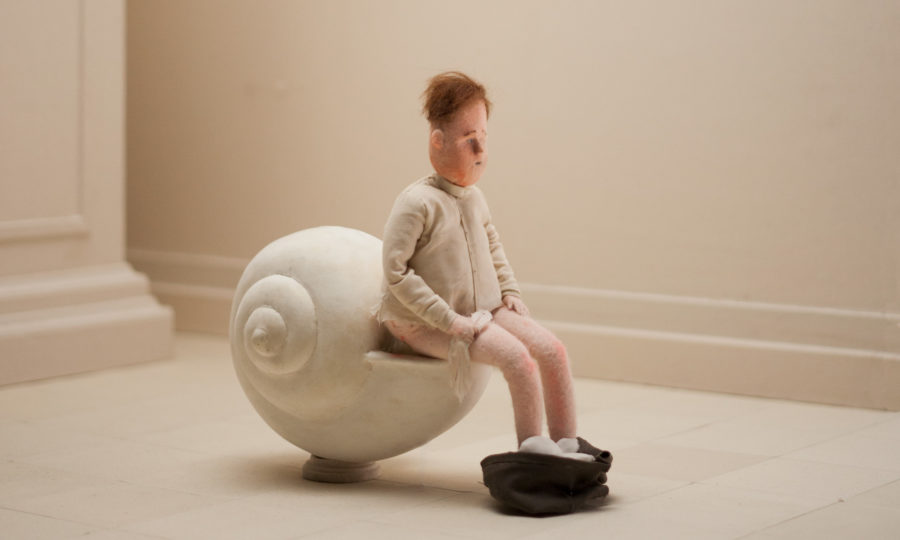 This is the beautiful, funny and symbolic opening scene of This Magnificent Cake!, made by the Belgian film duo Emma De Swaef and Marc James Roels. The 44-minute film has been made using stop-motion technology – each frame photographed separately – and made entirely from wool, felt and textiles. Even the water is wool, so a baguette, or the metal bars of a ship’s cabin. Everything has been worked out down to the tiniest details. Even though this is only the duo’s second short film following their studies at the LUCA School of Art in Gent, it proved so special that it was picked to be part of the Cannes Director’s Fortnight 2018 short film selection. It is also very special that the film was screened in Dutch and Belgian cinemas, despite its unusual length. Since summer 2019 De Swaef has also been a member of the Oscar Academy. She and Roels are currently working on their first feature length film.

The king in the opening scene of This Magnificent Cake! is Leopold II, the Belgian king whose urge for self validation at the end of the nineteenth century led him to desire a private colony. He got one, thanks to successfully lobbying at the Berlin Colonial Conference in 1884-1885, where European heads of state divided Africa into chunks. The film’s title is taken from one of the king’s addresses, in which he stated he wanted a piece of 'that magnificent cake'. 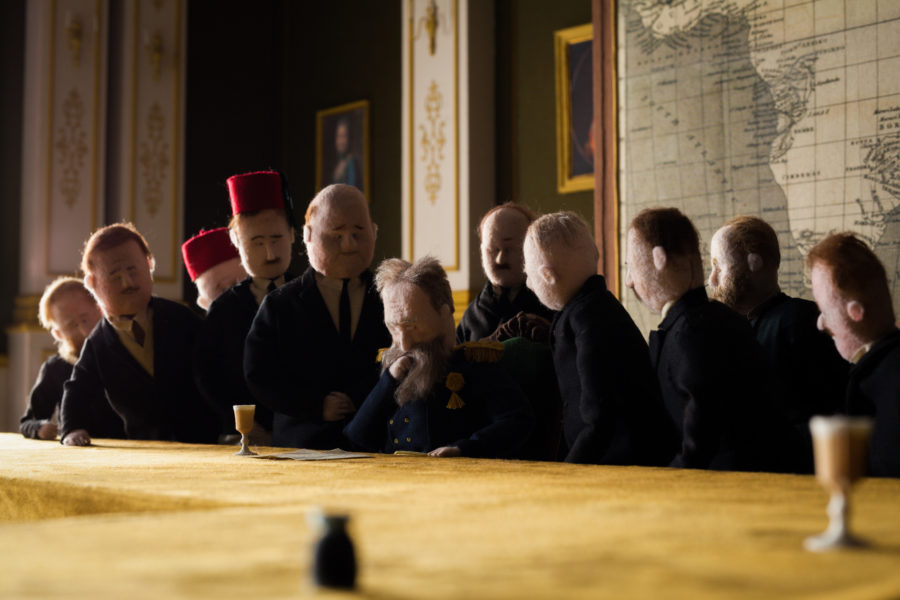 The film also contains an absurd, comical and symbolic scene of this conference, underlining the greed of that desire: the king gets hiccups. This Magnificent Cake! begins shortly before this with the ‘king’s dream’ described above, which forms the first of the film’s five chapters. The cuckoo - the bird that drops its eggs into other bird’s nests, lumbering them with the care for its offspring - echoes in several places in the story. A symbol for a country that appropriated a colony so that others would pay the price for its wealth.

The remaining four chapters take place predominantly in the colony. They feature a Pygmy employed in a hotel working as an ashtray holder, a Fleming in search of happiness who falls in love with a snail, a native porter who survives a terrible accident, and an army deserter who flees to the colony to make bricks.

Realism, surrealism and the absurd compete for priority in these narratives, which are in part based on extensive research, but for the larger part sprung from the imaginations of the filmmakers. We see how a fat baker's son, cheerful and whistling, has himself hauled up a mountain by a large number of native slaves. He mindlessly throws a banana peel over his shoulder which causes one of the porters carrying a heavy chest to fall from a rope bridge crossing a raging river. As he falls, he drags with him his companions who are all chained together. This is an event which the filmmakers found as part of their research. The baker’s son does nothing to help the porters threatened with death, but instead scorns them for their clumsiness. In the sources that the filmmakers consulted, the colonists only showed regret at the loss of their luggage, without even considering the loss of human lives.

There are more moments like this in the film, where the recklessness behaviour of the colonists often has fatal consequences. These moments are brutal and humorous in equal measure. This grates in much the same way that the soft material contrasts with the pithy subject. The childish naivety of the puppets, with their beady eyes open wide, also contrasts sharply with the far-reaching consequences of their presence.

De Swaef, whose father kept sheep and wove carpets, has been making textile puppets her whole life. When she met Roels at the LUCA School of Art they made their first stop-motion film together, Soft Plants (2008), featuring office worker Willy who dreams away in a surreal woolen world. In 2012 this is was followed by 16-minute short Oh Willy… (2012), where the adult Willy loses himself in childhood memories and fantasies when he has to bury his elderly mother, who lived in a nudist colony. With 80 prizes across 300 international film festivals it became the most acclaimed Flemish film ever. 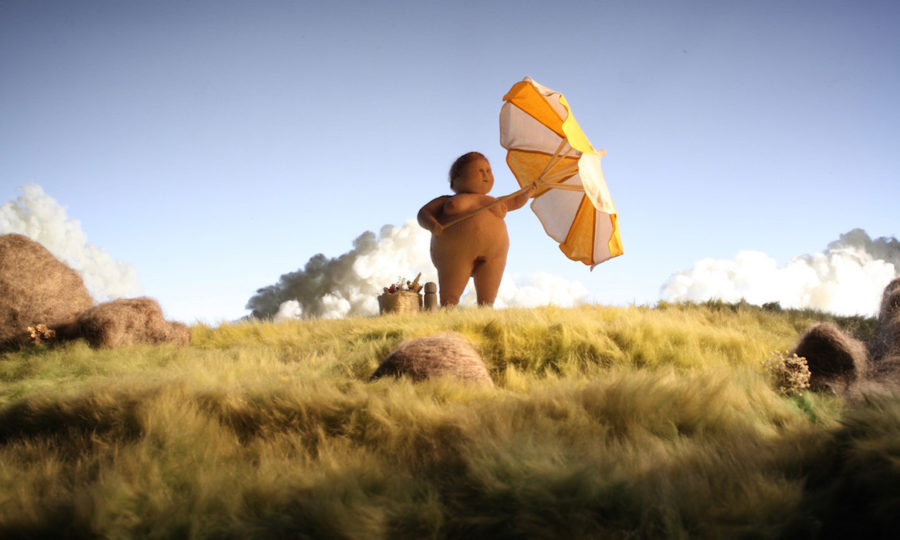 This Magnificent Cake! takes the next step on the ladder with its selection for the most prestigious film festival in the world. But it is also a development in terms of content: in this film, the duo allow their woollen puppets to speak for the first time, and tackle a society-wide subject. Where before there was the magical audio tape breathing life into the woolly world, This Magnificent Cake! has gained a self-assured precision, for example with a tiny textile beer bottle clattering against a woollen wall as if it were glass on stone. The absurd effect of that tape contrasts beautifully with the naturalistic light and the camera at eye level of the puppets, as if it were a live action feature film.

The idea that reality can deceive could well be a common thread in the duo’s work. What do we perceive to be true and what do we overlook, or which gaps do we fill using convention? Where others artificially separate dream and reality, subconscious and consciousness, De Swaef and Roels stir them into a soup of surreal inter-worlds and happenings. The subtle fantasy world of their films encourages belief in suggestion as well as an understanding of it, and so sharpens the spectator’s view.

During their research De Swaef and Roels were struck by how few films have been made about European colonialism, and how little they were taught about colonial history at school. Despite this, they did not want to make a historical film, they said in an interview with Cinevox, but instead wanted to show the absurdity of colonialism. In the De Swaef’s words it would be a way 'of gently beginning a conversation about a sensitive subject'.

Nobody is happy in the absurd reality of the colony in This Magnificent Cake! Everyone dreams of home, apart from the king, who never personally set foot in his colony, but headed the reign of terror that shipped the local riches to Belgium. There is an interesting parallel with today’s Belgium here, still reaping the fruits of this past. Not only because of the industrial and economic lead that colonial gains made possible, but also because of precious metals still coming from Congolese conflict areas, which are processed and traded today in smartphones and laptops. This Magnificent Cake! challenges the myth of this "grand" past, through showing the soiled king falling from his majestic bed. What were the consequences of his dream? 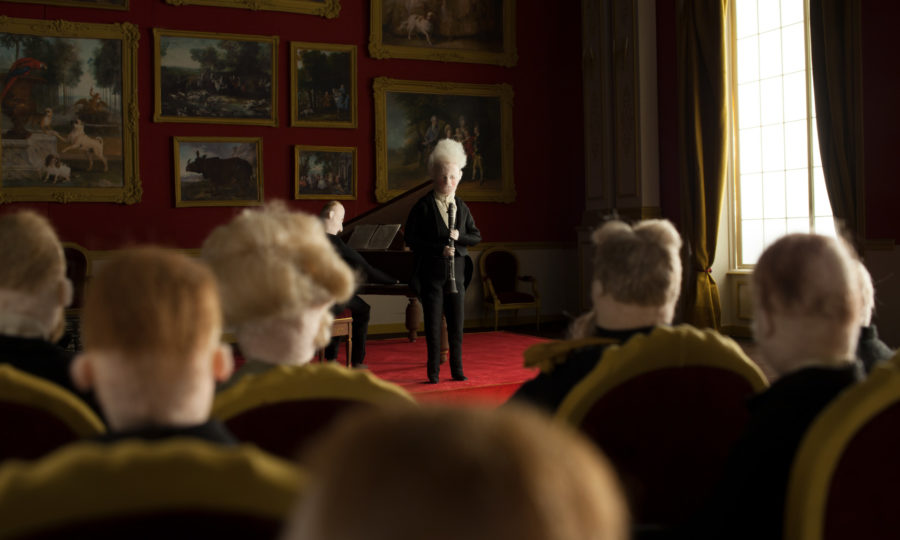 At the end of the film the army deserter who fled to the colony dreams of coming home. He dreams of a royal reception from the king in person. Will this subject kneel honestly before his king? Will he sing from the same hymn sheet, and tell him about his fantastic adventure? Or will he help him out of his dream and dare to reveal the less heroic reality? In reality this is the question asked by the filmmakers: which reality does he dare to believe?