Eighteen young authors have brought nineteenth-century artefacts from the Rijksmuseum to life. They have taken inspiration from the question: what do you see when you look at these objects with an eye for invisible labour? Sophia Blyden wrote her text in response to Lorenzo Bartolini’s sculpture Carità educatrice (Charity the Educator) from c. 1842 – c. 1845. ‘Nobody ever asked dad how his day had been.’ 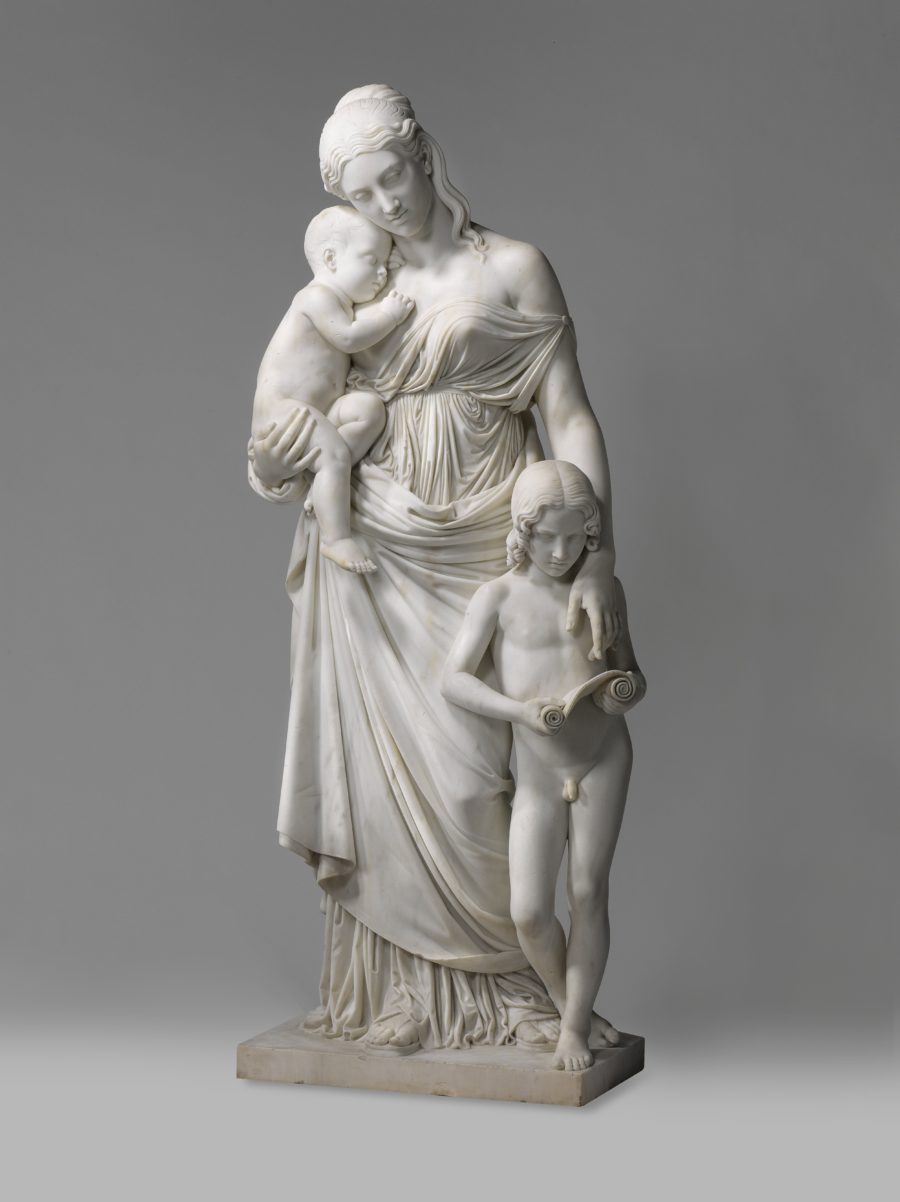 In between the stove and my wardrobe is an empty space that’s 20 centimetres wide, 60 centimetres deep and 80 centimetres tall. Nothing fits: no cabinet, no rack, exactly nothing. In theory, I could take no notice of it. Let it be negligibly nothing. But given that during the two years I’ve inhabited these twenty-five square metres I’ve been scouring the second-hand shops each week in search of junk to fill every nook and cranny, this empty space is worth its weight in gold.

Dad was a carpenter in Aruba. With a hammer dangling from the loops of his denim shorts, he’d go from door to door as a teenager, looking for jobs that would buy him dinner. He was good at what he did. News be travelling fast, and soon he was putting together tables in cafés around Baby Beach. Tourists rested their elbows and pints of beer on an authentic ‘Blyden’. He worked hard, after school. And when he came home in the evening – exhausted – his mother held out her hand for his earnings. If she was in, that is.

Dad’s car is already at the P&R when my bus pulls into the station. My bag on the back seat, me next to him in front. My knees to the right so I’m not in his way when he changes gears. First he calls me by my mum’s name, then by my sister’s.

At home, he takes me to his shed at the back of the garden, where he’s working on a cabinet that’s 20 centimetres wide, 60 centimetres deep and 80 centimetres tall. The workbench is covered in his drawings. The dimensions I sent him have been crossed out with pencil. The measurements he took last week are preserved forever in red pen. He looks at me expectantly.
I admire him so much. With his yardstick and precision.

There was no need for carpenters in The Hague in the seventies. Through a great-aunt’s brother’s cousin, dad found a job in IT. He retrained. Never complained. Met mum.
At the age of 5, I taught myself to read using a textbook my sister brought home. Still, my teacher thought I’d better spend another year in reception class. Dad objected, which resulted in an afternoon doing tests with Master Cor.

‘Which circle is the biggest?’ A trick question.
‘This one looks bigger, but they’re actually the same size,’ I answered bravely.
‘But which one is bigger?’ the teacher asked and frowned.

Dad would always be in the kitchen when I got home.

‘What did you learn in school today?’
‘That there’s no room for nuance,’ I replied that day.

Nobody ever asked dad how his day had been. While grandma carried his baby brother on her arm, he marched through the streets with a hammer instead of parchment.

He crossed an ocean to turn an empty space into gold.

Sophia Blyden (b. 1993) is a writer, poet, editor and programme-maker. One of the common threads in her work is the telling and sharing of personal stories. She strongly believes that vulnerability has the power to connect people. She likes to write about and organise events around themes such as feminism, mental health and love. In 2020 she became a member of art collective ROEM and she also started working as an editor for Brommer op zee, a book programme from Dutch broadcaster VPRO.