The Comfort of the Belgian Fritkot

It’s late at night and you have missed the train. The next one is not for 57 minutes and it’s raining. If you are lucky, there will be a fritkot, or fries hut, on the square outside the station. It’s glowing with warm fluorescent light, like a painting by Edward Hopper. Thank God, you think, because there is nothing else.

You shelter under the awning along with a few local nighthawks, order a portion of frietjes, a squirt of mayonnaise and maybe a beer. Someone will probably start to talk to you about the miserable weather, or the delayed train to Sint Niklaas. In a deeply divided country like Belgium, the humble fritkot is one of the only places that brings people together. It’s an essential part of the national culture, like the royal family or Trappist beer. 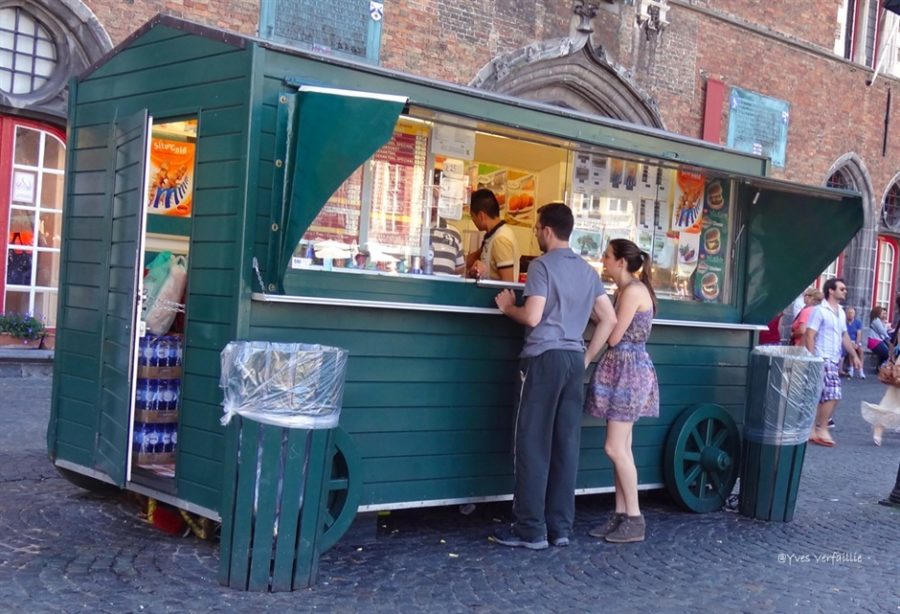 The famous fritkot in front of the Belfry tower in Bruges

You find these simple shacks on town squares, outside railway stations or on the monotonous N roads that cross the country. They are owned by individuals or couples. Each one a different design. Nothing too fancy, you understand. Sometimes they are built of wood, or perhaps aluminium. They can look like chalets, or they might just be an old caravan parked at the side of the road. They normally have a counter, a canopy to keep off the rain and a few plastic garden chairs scattered around outside. 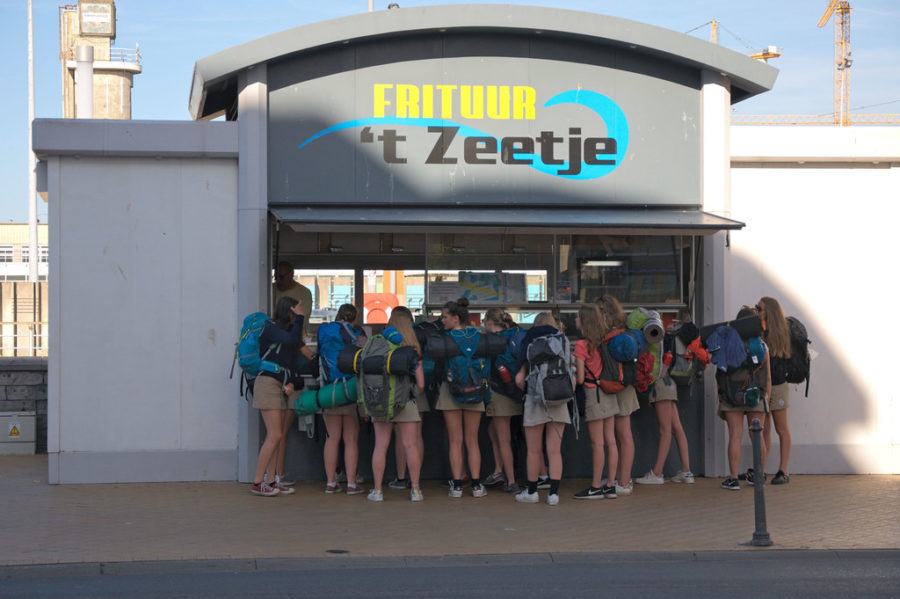 The names are just as unpretentious. It might be Chez Willy or Frituur Suzanna. Like the currywurst stands in Berlin or the hot dog sellers in Stockholm, the fritkots serve a basic need for comfort food. You don’t eat there every day, but sometimes they are perfect. Nowhere else offers that unique mix of warmth, company and comfort food. 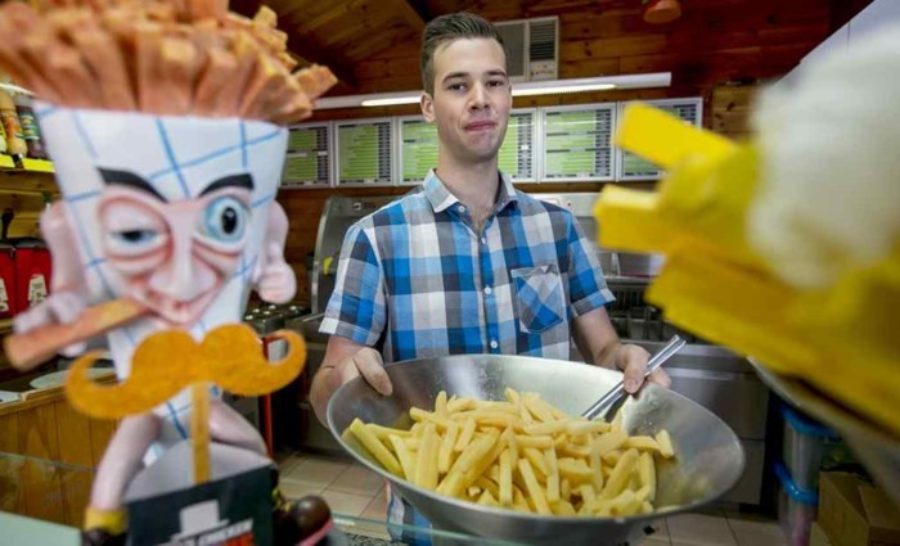 On a winter night in Antwerp, with cold rain blowing in off the North Sea, nowhere is more welcoming than Frituur No. 1, just next to the town hall. But the future of the fritkot is endangered. They have slowly vanished from the old national highways as most people now take the faster motorways. Some cities would like to clear away these old shacks with their wonky chimneys and greasy smells, but they always run into local protests. When my local council renovated Flageyplein a few years ago, they tried to get rid of the old fries shack that had been there for as long as anyone could remember. They argued that it was ugly and left grease stains on the expensive new paving. But there was a campaign. Frit Flagey was saved.

Now Brussels municipality has a plan to replace the old fries shacks in the city centre with a uniform contemporary design. Each one would cost €400,000. It sounds to me like a bad idea. A fritkot should not cost as much as a house. After all, it’s just a place to shelter from the rain and complain about the government.