The Dutch Footprint of Napoleon

Two hundred years ago, on 5 May 1821, Napoleon Bonaparte died. The French general and emperor left behind deep traces in Dutch society that are still visible today. The book Napoleons nalatenschap (Napoleons Legacy) shows how the French presence and eventual occupation of the Netherlands shaped Dutch politics, justice, education, water management, and culture.

Originally a so-called “sister republic” of France, Holland later became a kingdom under the rule of Louis Napoleon (1806-1810), eventually to be fully incorporated into the French Empire. This foreign power left its mark on the whole of Dutch society, sometimes to the detriment of the population, other times to the benefit of modernization which would last well into the 19th century. The new book Napoleons nalatenschap (Napoleons Legacy) has been compiled by Lotte Jensen, who previously dedicated herself with great expertise to the role of the Dutch resistance in the opposition against French conquest; A resistance that formed the foundations of Dutch national consciousness. A total of seventeen academics have worked on this publication from within each of their respective specialities in order to offer the reader a holistic view of a society in full mutation.

The book consists of four parts, each tapping into a specific theme: first the material traces of objects from the Napoleonic era, then the cultural legacy and influence upon the arts, followed by the unification of the Netherlands in the context of trade, law, and water management, and finally the Napoleonic legacy in terms of military and security.

Contributions show how Louis Bonaparte, who ascended to the Dutch throne under orders from his brother to manage the territory like the French departments, very quickly assimilated to Dutch culture by becoming Lodewijk Napoleon. During his reign of barely four years, he steadfastly defended the interests of his kingdom even when those conflicted with decisions taken in Paris, often incurring the displeasure of his own brother, the emperor.

King Lodewijk Napoleon reformed legislation and institutions by strengthening the role of the state. He introduced the Burgerlijk Wetboek or “Civil Code”, ensuring that existing Dutch regulations were carried over under his rule. He also established the Ministry of Water Management which installed a permanent council for the supervision of dikes and bridges, and founded many institutions that still exist to this day: the National Archives, the National Library, and the Netherlands’ Institute of Science, Literature, and the Fine Arts – the latter directly inspired by the “Institut de France”.

Lodewijk Napoleon became popular through his personal interventions and visits to disaster sites, like the 1807 gunpowder ship explosion in Leiden and the 1809 floods in Zeeland. But his taste for pomp and circumstance clashed with the thrifty spirit of his Dutch subjects, especially considering that many lived in poverty. Lodewijk Napoleon had Amsterdam’s City Hall converted into a royal palace and had the Het Loo palace in Apeldoorn refurnished with 2,000 new pieces in the Empire style. On 12 January 1807, a ship carrying 37,000 tons of gunpowder exploded in the middle of Leiden. It was a national disaster: 150 people died and many houses were destroyed. King Lodewijk Napoleon, here on the left among the Leiden administrators, visited the disaster site three days after the explosion. © Rijksmuseum, Amsterdam

The continental blockade decreed by the emperor in order to isolate England brought disagreements between the two brothers to a head. Lodewijk Napoleon only loosely enforced the decrees that prohibited trade with the English enemy. He also refused to install mandatory military service. It was not until after annexation by France that 28,000 Dutch men were conscripted into the imperial armies, an unpopular measure that further increased resentment towards the occupier.

Napoleons nalatenschap also shows how the French Empire’s annexation in the wake of Lodewijk’s forced abdication gave rise to a very different atmosphere. The primary purpose of the annexation was to render the continental blockade more effective and to put a stop to the smuggling of goods from England. The Dutch territories were now governed according to the French centralist model, with strong state interference in the fields of law, justice, public security, and the press.

In the autumn of 1811, Napoleon travelled through the Netherlands with his wife Marie-Louise for an entire month. He inspected the fortifications and the troops, and generously distributed gifts and gratuities. One of the few eyewitness accounts that have been handed down through history is a brief description of Napoleon by a pastor in Leiden. In his diary, he describes the emperor as a “vir quadratus” – a sort of squat, stocky man. The introduction of Chappe’s optical telegraph and the extension of the imperial road between Antwerp and Amsterdam strengthened communication links with Paris. But the yearning for national independence grew among the Dutch population. There were a number of reasons for this: the economic losses caused by the continental blockade, and the forced military service promulgated in 1811, compounded by Napoleon’s Russian debacle – there had been many casualties in the Imperial army’s Dutch regiments.

After the departure of the French, control of the former republic was replaced by a constitutional monarchy which, though it honourably restored the States-General and Provincial Council, retained the prerogatives of a strong, executive power as a carryover from the French period. Orange-ists associated the resistance against French occupation with the house of Nassau. Willem I returned from exile in England, and upon his accession to the throne did not hesitate to consolidate the structures of the nation as a unitary state in accordance with the French model. From 1815, the kingdom was also expanded to include the Belgian territories.

This book provides countless facts and details about political, cultural, and ideological influences that left their mark on the Netherlands throughout the nineteenth century, long after the departure of the French. The civil registry, the land registry, private law, divorce law, and military organization are all areas where we find traces of the Napoleonic legacy.

The civil registry, the land registry, private law, divorce law, and military organization are all areas where we find traces of the Napoleonic legacy

Whatever the interest or curiosity of the reader, those who pick up this book will both deepen their historical knowledge while discovering unexpected and little-known anecdotes. One might relive the adventures of Johannes Horn, for example, one of Napoleon's coachmen. Or they might learn that in the mid-nineteenth century, 18 June was a holiday to commemorate the Battle of Waterloo with prayers and thanksgiving. They will also learn how ships that sailed to the Dutch East Indies stopped along the way on the island of Saint Helena, which was a must-see tourist destination before the excavation of the Suez Canal.

The image of Emperor Napoleon has varied among Dutch 19th and 20th-century authors according to their attitudes and the era in which they wrote. Eduard Douwes Dekker, too, visited Longwood, Napoleon’s home in exile upon the island of Saint Helena. He described it as “wretched” – the Max Havelaar author spoke of a visionary Napoleon and his “greatness of soul”. Willem Kloos also spoke of the emperor at the end of the nineteenth century in terms of an “expression of life” that “brought forth beauty”.

Children’s books, on the other hand, conveyed a more nationalist message: some glorified the wounded crown prince at the battle of Waterloo who was later to become Willem II, others told tales of heroes who opposed the foreign tyrant Napoleon and evaded military conscription to the French army. In the aftermath of the bloody Second World War, the Dutch historian Jacques Presser published a thick and fascinating biography in which he sketched the portrait of a nihilistic Napoleon, someone who was not devoid of genius, but who behaved like an actor in the play of his own life.

Napoleons nalatenschap has been carefully edited and richly illustrated. The book deals with a wide range of themes and perspectives with appropriate academic distance from any one field and, in this way, offers a nuanced picture of the legacy left behind by the Napoleonic era in the Netherlands.

Professor and Head of the French section at the Department of Translation, Interpreting and Communication at Ghent University. He teaches courses in French cultural history, area studies, literature and translation. 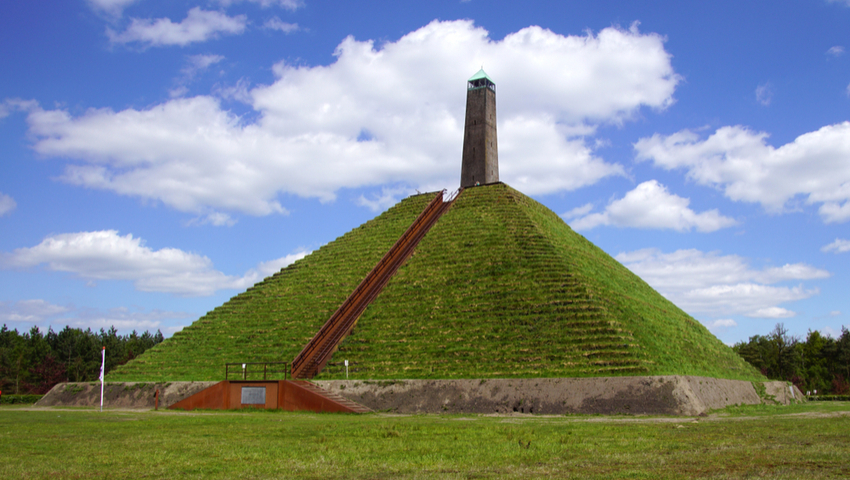