1. The Sodom of the North 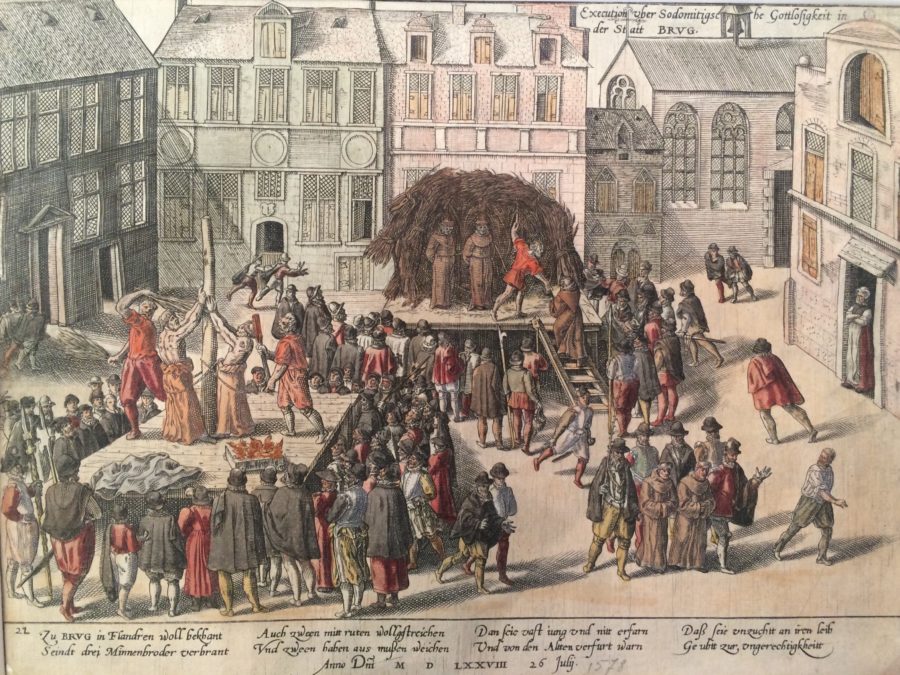 Belgium is one of the most tolerant countries when it comes to LGBTQ rights. But it hasn’t always been that way. Nowhere in Western Europe were homosexual men persecuted as much as in Bruges in the late Middle Ages.

Research by historian Jonas Roelens shows that the economic crisis, the need for scapegoats and prejudices against foreigners may have played a role in this.
read more

2. Belgians and Dutch in the Korean War

Seventy years ago, the Korean War broke out. Belgium and the Netherlands too sent soldiers to Asia. They were all volunteers who decided to sign up for the most diverse reasons.

For their efforts, the United States awarded them the highest military honours, but back at home, their valour has been virtually forgotten.
read more Sixty years after Congo gained independence from Belgium, statues of Leopold II have been defaced, knocked over or removed. King Leopold’s rule of Congo caused an estimated 10 million Congolese deaths.

Photographer Oliver Leu is researching and photographing the various forms of representation of the colonial history of Congo in Belgium. We prepublished the introductory text of his book Leopold’s Legacy.
read more This summer, we explored the ancient Roman road from Boulogne to Cologne by bike in four stages. 450 kilometres Via Belgica through northern France, Flanders, Wallonia, South Limburg and North Rhine-Westphalia.
read more

5. The History of Beer in the Low Countries Why did the Dutch drink almost four times as much beer in the fifteenth century as they do today? Why would the Beer Drinking War be a better name for The Eighty Years' War? And why is the longest-standing beer in Belgium not as old as the brewers want us to believe?

Pour a glass of your favourite brew and join on a historic journey of beer and brewing in the Low Countries. Proost!
listen