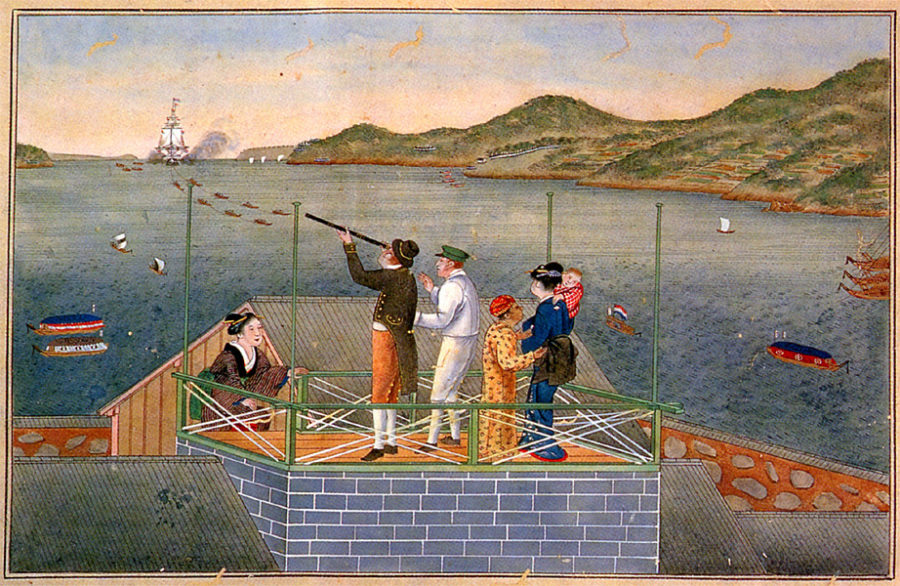 From the mid-seventeenth until the mid-nineteenth century, the Dutch were the only Europeans allowed to trade with Japan. Since nearly all of the academic knowledge that reached Japan from the West arrived in written Dutch, the Dutch language became the language of science in Japan during this period.
read more

Privateers Show How the Dutch Used to Write How did the common man write in the seventeenth and eighteenth-century Dutch Republic? Historical linguists can investigate the question in the electronic corpus Brieven als Buit (Letters as Loot) – thanks to English privateers.
read more

How Romanian Writer Mira Feticu Made Dutch Her Own It requires a great deal of courage and persistence to make a new language and culture your own. In her book Declaration of Love to the Dutch Language, Mira Feticu describes this struggle – this process of falling over and getting back up again – with Dutch. Because they are familiar to all newcomers, we had a few excerpts translated.
read more

In the Low Countries, Do People Speak Dutch, Flemish or Hollandic? People in the Netherlands and Flanders speak one language: Dutch. But some speakers call it Flemish or Hollandic. In the past, the varieties were known as Southern and Northern Dutch. What is really going on? Linguist Fieke Van der Gucht attempts to disentangle the issue.
read more

Gezellig! The Legacy of Dutch Around the Globe What is the origin of Dutch? Why does the language sound familiar on all continents? What is the difference between Dutch spoken in Belgium and in the Netherlands? And why were cuddle-buddy and one-and-a-half-metre-society voted Dutch words of the year? Find out in this podcast about the fascinating history and impact of the Dutch language.
listen
more podcasts