The World According to Gerardus

Derek Blyth pays tribute to the man who has shown us the way for more than four hundred years: the Flemish cartographer Gerardus Mercator. 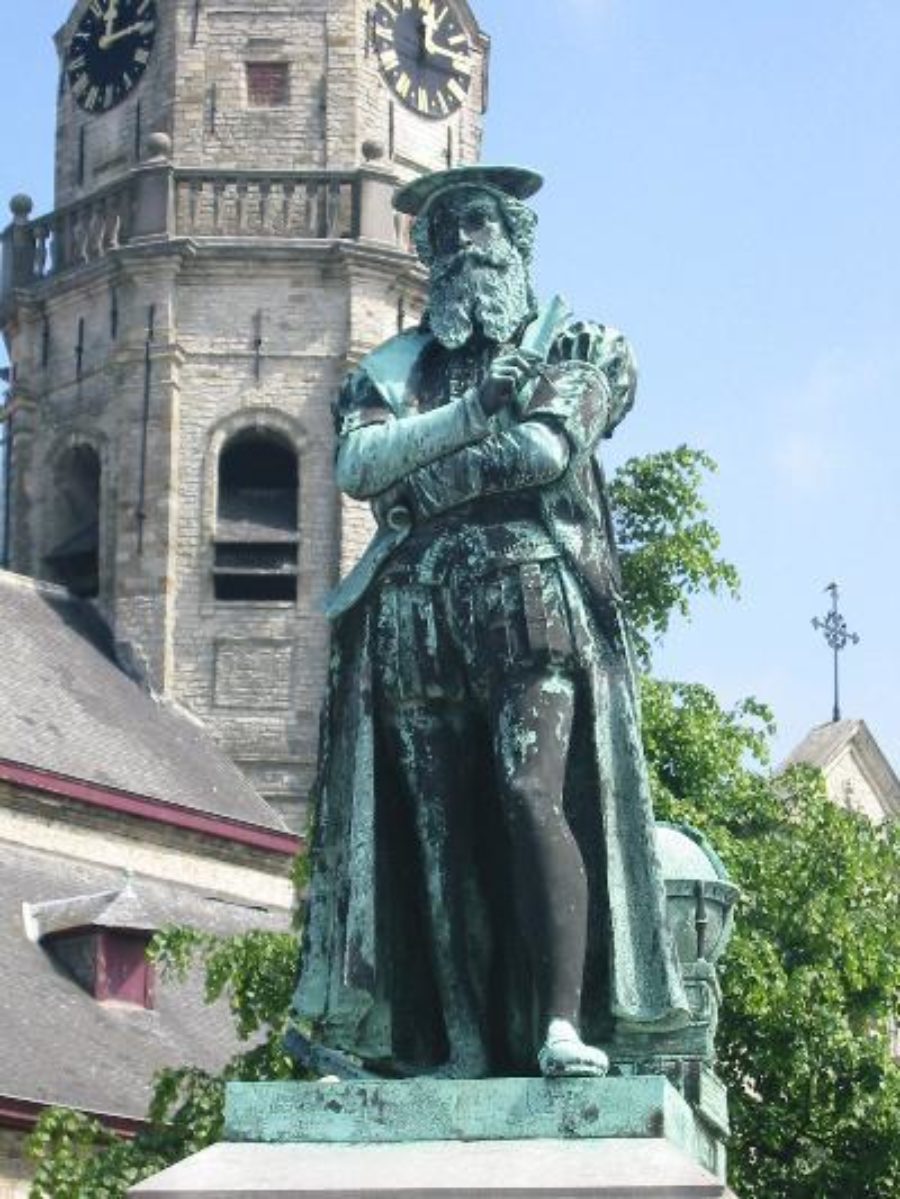 Mercator statue in Rupelmonde, made by Frans van Havermaet, 1871 © Wikipedia

His statue stands in front of the church on the main square in Rupelmonde. Aan Geeraard Mercator te Rupelmonde geboren en opgevoed – To Gerardus Mercator, born and bred in Rupelmonde, it begins. It doesn’t mention that he was imprisoned for seven months in Rupelmonde castle for heresy and eventually fled to the more tolerant Duisburg in Germany.

Mercator began his life in 1512 in the small river port on the Scheldt, not far from Antwerp. Originally called Gerard de Cremer, he later adopted the Latin name Mercator. A skilled engraver, cartographer and mathematician, he designed inexpensive globes and created his first world map at the age of 25. 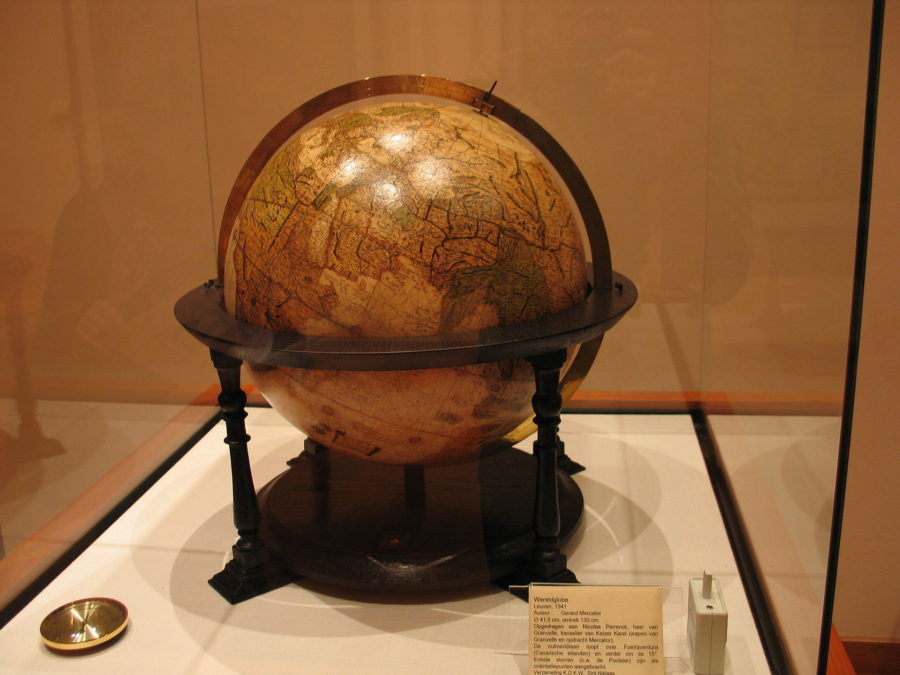 World globe by Gerardus Mercator, made in 1541 in Leuven © Wikipedia

Mercator worked in Leuven and Antwerp, before moving to Duisburg in 1552. Here he created dozens of detailed maps of European countries, but his most important work was a large map designed for sailors published in 1569. Mercator’s aim was to aid navigation along trade routes by converting the globe into a flat map. His invention, known as the Mercator projection, allowed sailors to plot routes using straight rulers. It has been used for more than 400 years to create navigation charts, school atlases and even Google maps.

The Mercator Museum in Sint-Niklaas, near Rupelmonde, displays several Mercator globes as well as a number of Mercator maps. 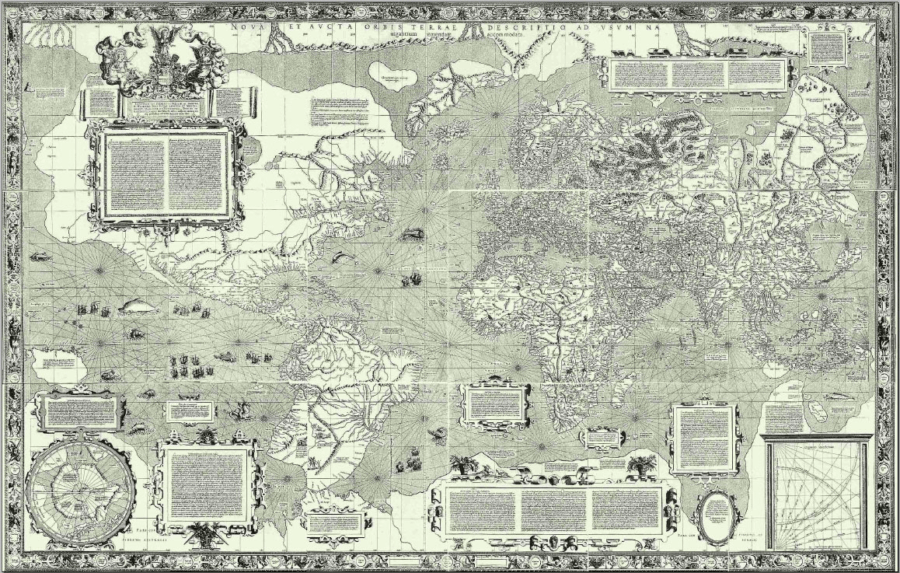 But there is a problem with the Mercator projection. It placed Germany at the centre of the world, exaggerated the size of Europe and North America, and shrunk the size of Africa and South America. Critics now complain that Mercator’s maps reinforced European colonial attitudes.

It is a valid point, but these maps have helped people navigate the planet for more than four hundred years. Without Mercator, we’d be lost.