These Are the Winners of Flanders’ Foremost Cultural Prizes

Thirteen Flemish artists and organisations across cultural disciplines have been awarded an Ultima for their outstanding contributions. The Ultimas are given out annually by the Flemish Government. These are this year's laureates per category. Reinhilde Decleir (1948-2022), who died last month, was one of the greatest Flemish theatre and TV actresses.

Her artistic CV is packed with legendary names such as Arca, Studio Amsterdam, Het Kultureel Front and Het Kollektief Internationale Nieuwe Scène, de Blauwe Maandag Compagnie, Toneelhuis and Antigone. Not only in the theatre, but also on the big and small screen, she has shown many highlights.

When she made a theatre performance in 2003 together with the Antwerp Platform Generatiearmen, her social and artistic commitment began to manifest itself concretely. This eventually led to the founding of Tutti Fratelli in 2007. The players in that company come from all walks of life, with a focus on the most vulnerable.

Tutti Fratelli caused a landslide in the Flemish cultural landscape. Decleir actively fought for this artistic recognition, not only on stage, but also with the general public and the policy. In this way, she single-handedly ensured the upgrading of socio-artistic practices.

‘Her career on stage more or less coincided with all the artistic highlights of Flemish theatre of the past four decades. Reinhilde Decleir had an idiosyncratic, warm-hearted beauty as an actress and artistic visionary, but also as a human being.’ The Belgian Improvisation League, or BIL for short, is the very first improvisation theatre company in Flanders. It was founded in 1989. BIL has produced a lot of talent.

Because of its proactive approach, BIL succeeds in working without subsidies and in investing in the professional supervision of its projects and players. Under the impulse of BIL, many other improv companies were founded, as a result of which Flanders now has a rich landscape that stimulates creative improvisational talent.

'The Belgian Improvisation League has been a pioneer in the genre for thirty years. Through its broad and highly professional operation and its constant artistic inventiveness, it raises improvisational theatre to a higher level every time.'

Since 2014, Horst Arts & Music has grown into an internationally renowned platform for electronic music, visual arts and architecture The stages and dance floors of the three-day immersive festival are designed by architects.

The temporary pavilions are always built in collaboration with students, young makers and creatives. Since the first edition, Horst has been wondering how the necessary components of a festival can gain in social added value.

'Since its inception in 2014, this festival has demonstrated an innovative conceptual approach that is strongly based on bringing together, collaborating and fusing different disciplines.' Since 1992, artist Kobe Matthys has been working under the name “Agency”. He realises his artistic practice in a structure in which the artistic work is made anonymous and collective and is not reduced to the creation of one individual. Internationally, this innovative oeuvre is highly visible; in Flanders, however, it is still relatively unknown.

What undoubtedly contributes to this is the idiosyncratic way in which this artistic practice approaches the visual arts. Agency does not make works of art in the traditional sense. In his installations, the artist collects objects, images and stories that have been the subject of (legal) disputes.

‘In its innovative oeuvre, Agency calls into question notions such as ownership, originality, copying, individual and collective in a way that can inspire other areas of society. Art lives and grows thanks to innovation; Agency plays a pioneering role in this and deserves the necessary recognition.’

With more than a thousand performances to its credit, the Hnita Jazz Club, founded in 1955, is one of the most illustrious jazz clubs in the Benelux. Great European and American stars like Chet Baker, Charles Mingus, Gregory Porter, Keith Jarrett, Toots Thielemans, Art Blakey and Bill Evans have passed through Heist-op-den-Berg in the past 65 years.

‘The Hnita Jazz Club deserves to win the Ultima Cultural Entrepreneurship award for its innovative approach to business projects, its strong reputation with international artist coverage, its high social impact in a non-urban area and its sustained effort to connect a community at all costs.’

They also made several documentaries and realised the feature film Façades (2017) together. Besides joint projects, Beels and Basteyns regularly produce individual work.

‘Nathalie Basteyns and Kaat Beels are an example for many others who want to tell stories from their own experience and vision.’ In 2007, the writer published Groener gras (Greener Grass), her first collection of short stories. Since then, she has emerged more and more as a champion of this genre.

Besides novels and collections of short stories, Verbeke also writes theatre texts. Together with ten other female authors she forms the writers collective Fixdit, which strives for more diversity in the canon and the literary world. Fixdit wants to increase awareness of gender inequality in literature and expand the canon with work by important female authors.

‘Verbeke writes for eternity with her novels, theatre texts, reviews and short stories. It is in the latter genre in particular that she excels, and it is partly for this reason that she has emerged as an advocate and ambassador for the short story. But Verbeke also enriches our literature with her social engagement.’

Lieselot De Wilde (b. 1984) is a Belgian vocalist, performer and maker. She is a very versatile singer who performs a variety of music: from medieval to contemporary compositions. She loves creative and adventurous projects in which she can express other of her passions such as theatre, poetry and improvisation.

Gorges Ocloo (b. 1988) obtained his master's degree in theatre directing in 2014 with highest distinction. In his work, he explores the boundaries between actors, music, aesthetics and content. For Ocloo, Voodoo, the culture of his father, forms the ultimate synthesis between acting, performance and acting.

Immediately after his studies, he made his acclaimed first production: Scarlet-Anansi-Ocloo, an adaptation of Heiner Müller's Medea combined with testimonies of the genocide in Rwanda.

‘The fearlessness with which Ocloo manifests himself in various disciplines and roles is extremely refreshing. A visit to one of his performances is never without obligation.’ Lucinda Ra is an occasional collective, a multidisciplinary group that shares a loose structure and only collaborates when there is a need. The group often develops work in environments where the arts are not obvious, such as psychiatry, social housing or in a specific neighbourhood. The result is performances that cut to the bone. Lucinda Ra has made a total of ten performances, each with a different cast.

‘The way in which the company takes a thoroughly participative and respectful approach to the stories of vulnerable people is greatly appreciated by the jury. Lucinda Ra documents from the bottom up so as not to project the unknown to the audience as some sort of spectacle or zoo experience.’

In recent years, the Borgerhoutse Reuzenstoet (Borgerhout Parade of the Giants) grew from a folkloric tradition into a community-building project in a metropolitan context in which involvement, creativity and imagination are central.

The procession went out for the first time in 1712. It was a parade along the streets and squares of Borgerhout with four giants. They are accompanied by floats and musicians and since the giants' year in 2012 also by numerous new giants built by Borgerhout associations, organisations, schools and all kinds of sympathisers.

Today, the Borgerhoutse Reuzenstoet is a vital heritage practice that draws many thousands of spectators every year. On Saturday 24 September 2022 the procession will celebrate its 310th anniversary.

‘For the jury, the procession of the giants is a model of what heritage can do and should do, because it is accessible to everyone.’ Grandparents for the Climate © Michiel Devijver

The citizens' movement Grootouders voor het Klimaat (Grandparents for the Climate) was created out of concern for the climate crisis and its consequences for the next generations. Grootouders voor het Klimaat was founded in 2019 and has been supporting climate marches, among other things, ever since. It is an united movement that not only defends young people, but also informs, motivates, takes positions and supports other initiatives.

Reinhilde Decleir, laureate of the Ultima for General Cultural Merit, was the first of many well-known ambassadors of Grootouders voor het Klimaat.

The group has no ties to any political or interest groups. It runs entirely on volunteers. They want to leave a liveable world to their grandchildren, the generation of climate youngsters, worldwide. The organisation wants Belgium to join the European climate ambitions and to come up with a strong climate policy.

‘Grandparents for Climate gave a powerful signal that the climate issue does not only concern young people, but that it is an issue that concerns all generations.’

The Ultimas 2021 edition included for the first time an Audience Award, for artists or organisations who have contributed to broadening culture in the past year, but who do not immediately fit into the existing Ultimas categories. Every Fleming could submit nominations and vote online. The winner of the Audience Award is Tegenwind (Headwind), a series of interview portraits of Flemish and Dutch critics of corona policy.

The tradition of awarding the Flemish culture prizes was established in 2003. Since then, the Flemish government has awarded 12 prizes every year, in as many categories, to leading artists, organisations or companies. The laureates are chosen by a jury of experts.

In addition to a physical award, each laureate received a cash prize of 10,000 euros. An exception is the winner of the Ultima for General Cultural Merit, who received a sum of 20,000 euros. 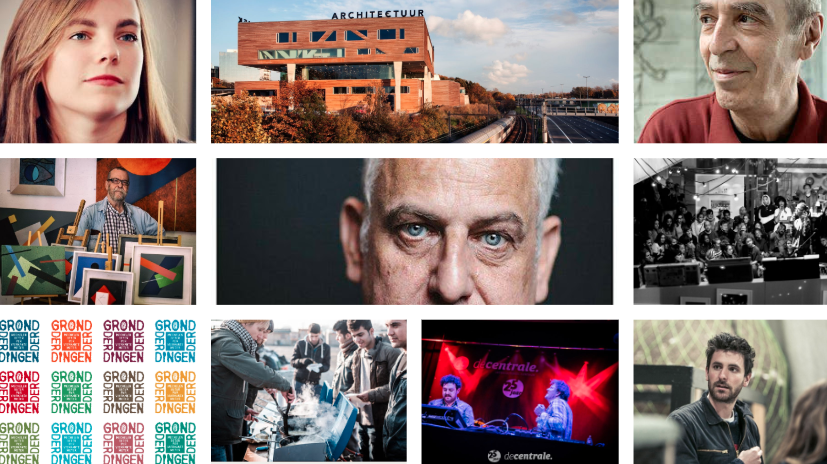 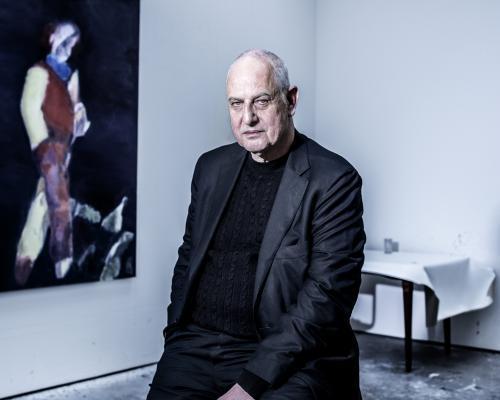 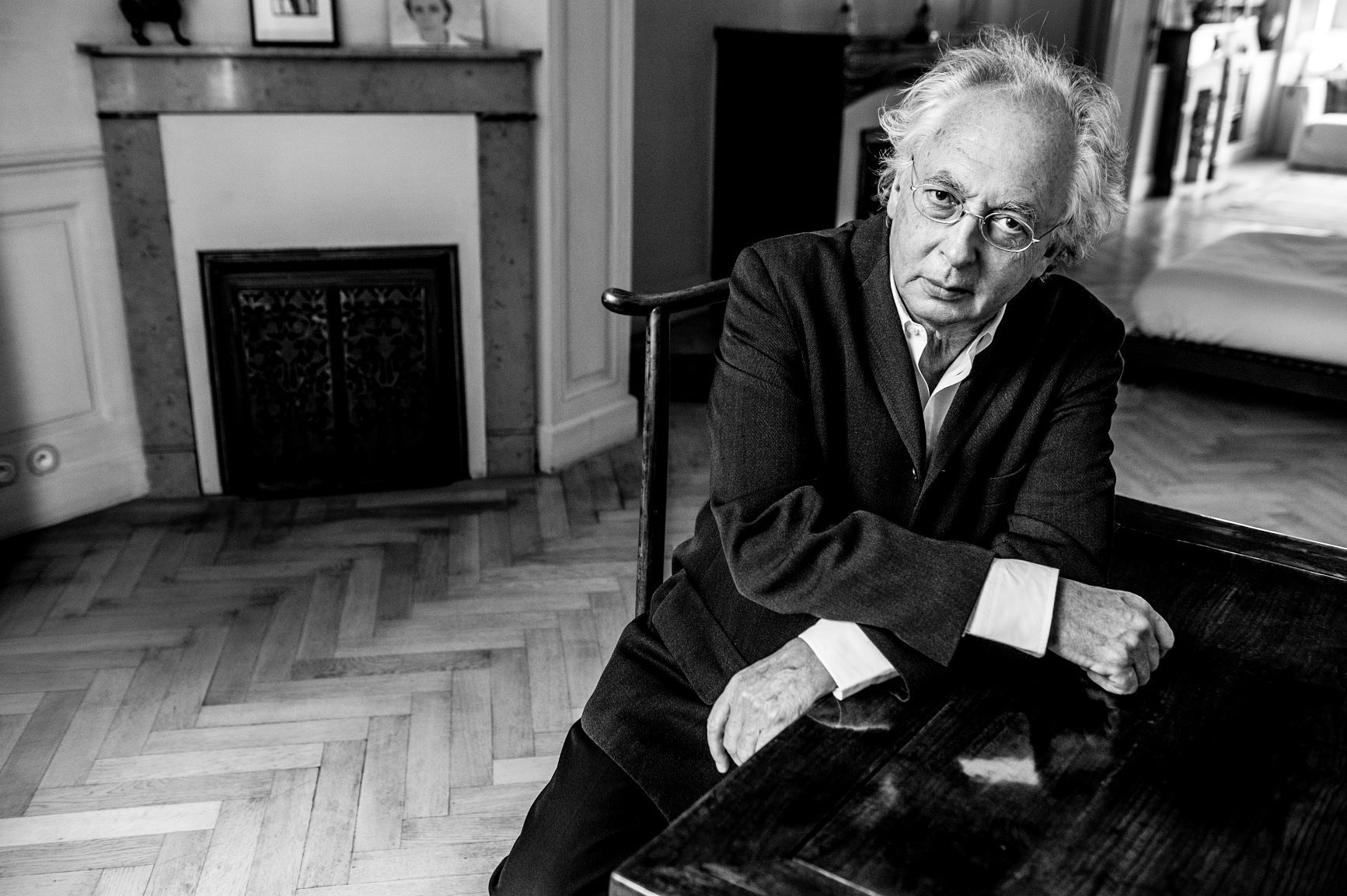