The old ideals of the Netherlands’ most popular politician.

Uproar in the Netherlands. Politician Thierry Baudet booked an unforeseen victory in the recent Provincial State Elections in the Netherlands. From nothing, his right-wing conservative Forum for Democracy became the biggest party in the country. Baudet’s conservative ideas fly in the face of the enlightenment values that have long been dominant. This opposition is a defining moment for our modern culture, writes Arnold Heumakers. 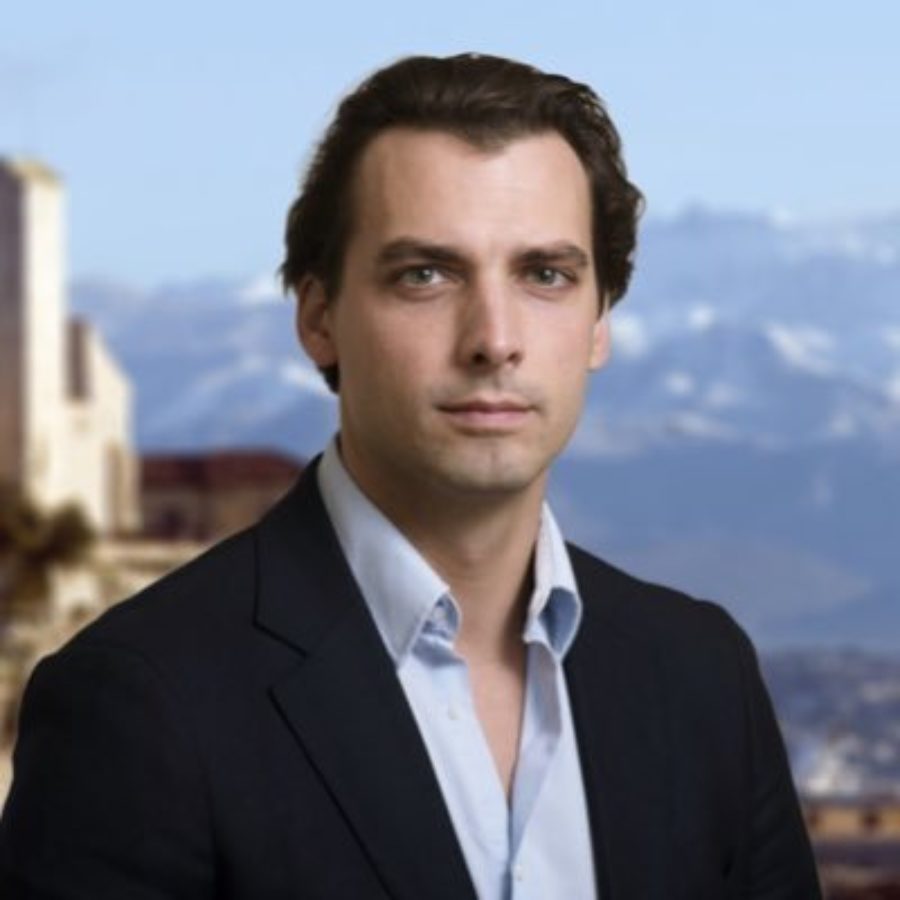 A politician who references Hegel, quotes a poet, and seems to flirt with the extreme far right, who praises European civilisation as divine, and sees it crumbling to pieces, and whose approach to the world of education, culture and governance is a threatening one – now we’ve really lost the plot, to borrow a beloved saying of Thierry Baudet’s nearest rival Geert Wilders. Pompous, bombastic, and a cause for concern are perhaps the kindest words to describe the Forum for Democracy’s victory speech on the 20th of March. But what is it that he actually wants, and where are the concrete policy proposals, many have wondered. Isn’t politics first and foremost a matter of actions, and not of – almost by definition vague – words? In the case of Baudet this is clearly different. For him, politics is unmistakably something that is also composed of an idealistic, intellectual, even aesthetic dimension. This is something that we in The Netherlands are not used to.

For Thierry Baudet, politics is something that is composed of an idealistic, intellectual, even aesthetic dimension

Many commentators industriously sought out possible sources and similarities. Oswald Spengler, Carl Schmitt, Gabriele d’Annunzio and Maurice Barrès are figures I’ve seen mentioned, alongside the more generic characterisation of ‘fascism’. In an interesting interview with the Swiss magazine Die Weltwoche, Baudet makes light of it. He compares this and that with scholasticism, the medieval theological form that these days – often unfairly – is equated with silly hair-splitting. (How many angels fit on the head of a pin? This is one of Baudet’s own caricature examples). The aim of such thought would be to bolster the prevailing political correctness by casting suspicion on him, Baudet. After all, the thinkers he names are one and all politically ‘wrong’: they belong to the spiritual forebears of Mussolini and Hitler. That doesn’t promise much good! 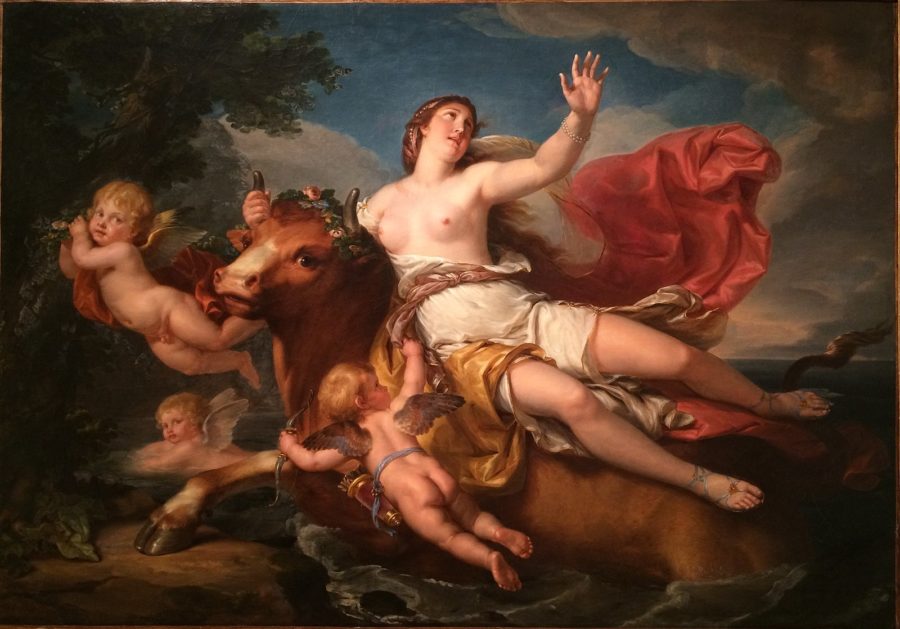 In this way, a part of the historical explanation for the emergence of fascism is tacitly transformed into its prediction. Because once ideas like those of Spengler et al helped inform the spiritual landscape for the dictatorships of Mussolini and Hitler, so the argument goes, so they will surely do so once again. A comprehensible argument, but one that is also sorely lacking. For one, it takes little stock of unique and decisive contributing factors like World War One, or the stock market crash of 1929.

This isn’t to say that for a politician to whom ideas are so important, it doesn’t make sense to examine the sources of his ideals. In fact, Baudet invites us to just that.

Resistance to the French Revolution

See, for example, the broad position he sketches in the aforementioned interview. Baudet purports to strive towards a European ‘renaissance,’ standing in opposition to the domineering intellectual legacy of the French Revolution, that is, freedom, equality and fraternity. It sounds ludicrously ambitious, if not impossible, but it isn’t remotely new or original. Resistances to the French Revolution and its cultural consequences are part of a long and storied tradition of conservative thought.

Conservatives are, in a certain sense, the turncoats of history.

Conservatives are, in a certain sense, the turncoats of history. They refuse to accept some of history’s key faits accomplis, throwing up their arms in protest. If that seems pointless, it pays to note it is only so if you ascribe fully to a belief in an unwavering, automatic Progress. If you don’t hold such a belief, it can indeed make sense to offer a counterweight or course-correction to, or to tap the brakes of, an otherwise unimpeded, wildly careening machinery. Or to begin a conservative revolution presented as a ‘renaissance.’

The conservative counter voice, in all its variation, has never been absent. We can say more, even: from the very first moment that modernity announced itself in the form of the eighteenth-century Enlightenment, a fundamental counterargument has sounded. Originating from the aristocracy and clergy, but soon after taken up also by critical thinkers descendent of the Enlightenment itself. The French philosopher Rousseau was a collaborator on the Encyclopédie, one of the most important Enlightenment projects, when he came to think that the blossoming of the arts and sciences did not bring with it moral progress, but rather decay. The Enlightenment birthed its own countermovement, a consequence of the self-critical component of Reason itself, debouched into Romanticism at the end of the eighteenth century. Since then, two directions of thought have stood in opposition to one another, one enlightened, and one romantic. In mutual disagreement, they have determine the totality of modernity.

Division in our culture

This makes the modern culture that we still find ourselves in a divided one. The cult of progress, science and technology, freedom, equality and fraternity, is always opposed by the critique that illuminates its darker aspect, pointing to the drawbacks of materialism, nihilism, industrialisation, bureaucratisation, individualism and egalitarianism. It harks longingly back to a disappeared past. It would be a mistake however to think that this division always manifests itself in defined antagonistic camps. On the contrary, enlightened and romantic sides can be found in everyone. The line that marks this division is one that crosses straight through ourselves. This can also be seen in Baudet himself in the title of a collection of essays he edited with Michiel Visser, called ‘Conservative progress,’ a project that, filled with nostalgia for the nineteenth century, is remarkably conversant with twenty-first century social media.

Only in politics, which always presents reality a little coarser and simpler than it truly is, can this division take on the shape of a clear opposition. And, when one side has dominated for a long time, as it has in The Netherlands since 1945 (and certainly since the 1960s), the prominent reappearance of the other side can feel like a “hammer blow.” But, detectible first with Pim Fortuyn, then with Geert Wilders, and now abundantly with Baudet, opposition that has now come to the fore merely expresses a division that has always been present just under the surface.

Unfortunately, the enduring presence of both enlightened and romantic directions of thought does not offer any guarantee that things will not go wrong. And that things can go terribly awry on both sides of this struggle, is something that the twentieth century has roundly showed. Thankfully, history never repeats itself exactly. So the guarantee that it will go wrong again, is also not a given. For now, the illusion of enlightened uniformity in The Netherlands has vanished, and history has once again reminded us about what it most deeply is: neither decay nor progress, but rather permanent, largely unpredictable, change.