Black Lives Matter Only Can Change History Through Concrete Regulations

According to Hind Fraihi, it is tempting to compare the Black Lives Matter protests with the iconoclasm of 1566, and not just because there were all sorts of heroes balancing precariously on their pedestals. This crucial period in the history of the Netherlands was the start of a lengthy conflict that drove a wedge between different communities. ‘If the protest wave of 2020 continues along the path of enforced identitarianism the same scenario will arise.’ 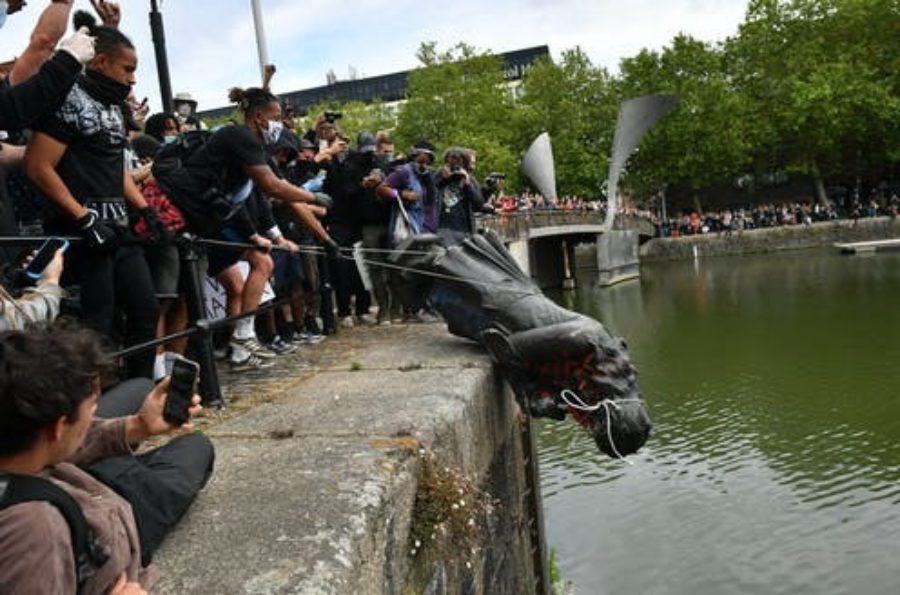 In Bristol, demonstrators pulled the bronze statue of slave trader Edward Colston (1636-1721) from its pedestal and threw it into the water.

There is nothing wrong with taking down – literally – Edward Colston, a notorious British slave trader, who shipped more than 100,000 African men, women and children to America. Nor is there anything wrong with removing statues that were created to glorify the infamous Belgian 'slave king' Leopold II. Both men have a lot of blood on their hands. The discussions cropping up here and there about the precise numbers of victims are purely semantic and essentially irrelevant. That we should let statues of such men stand because otherwise, we are 'erasing' history is not correct. History is something that we learn from books in school, where more attention should be given to this period. Statues brighten up the streetscape.

History is something that we learn from books in school, statues brighten up the streetscape

If Colston no longer stares out over Bristol or if Leopold II is taken off his plinths in Brussels, Ostend or Arlon, the world is not going to be worse off. But will it be better off? That’s another question entirely. 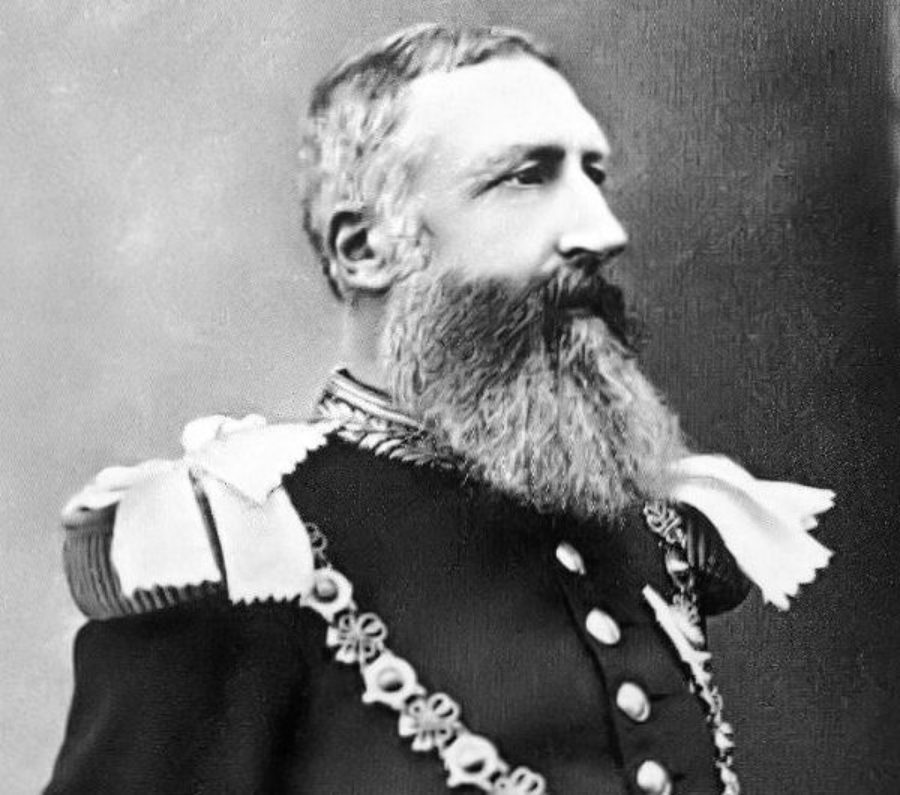 Belgian King Leopold II (1835-1909) led a reign of terror at the end of the nineteenth century in his private colony of Congo Free State. © Wikipedia

It seems that ideas about 'an evil figure from the past' are being applied very broadly by some activists. In Ghent, muted action was taken against a statue of King Albert I, because it was during his reign that Congo became a Belgian colony. A bust of King Baudouin was smeared with red paint because of his alleged involvement in the murder of Patrice Lumumba. In the Netherlands, the action group Heroes of Never drew up a list of people whose images and names should be removed from the street scene. They were primarily renowned seafarers of the Dutch East India Company (VOC) such as Piet Hein, Jan Pieterszoon Coen, Witte de With or Michiel de Ruyter. But Pim Fortuyn also appears on the list as an 'ardent supporter of homonationalism'. 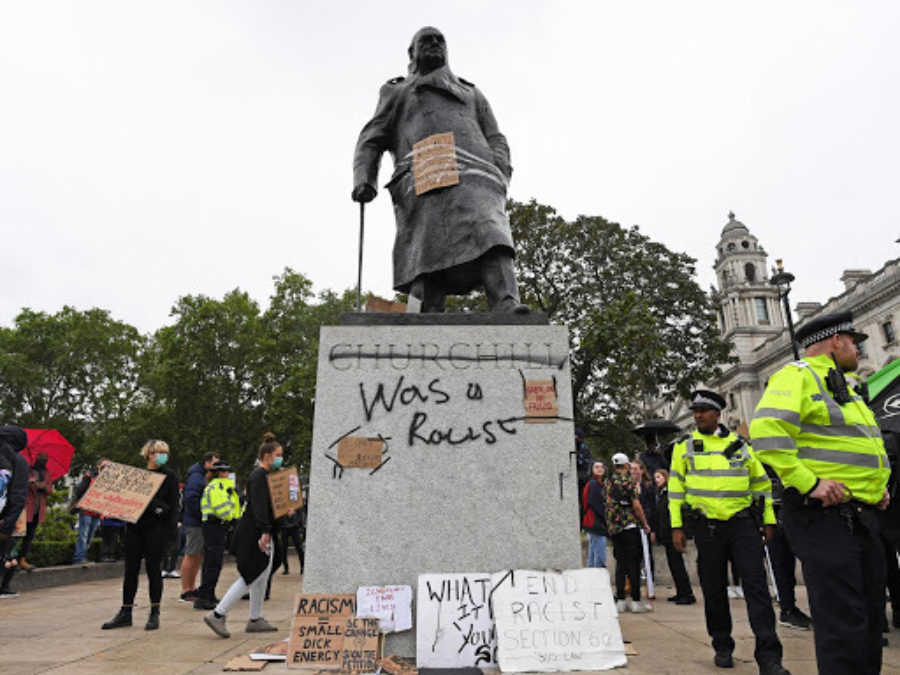 In London, the statue of former Prime Minister Churchill was smeared with graffiti. © Medium

For the most compelling example, we must consider events on the other side of the Channel. During a Black Lives Matter demonstration, a statue of Winston Churchill was smeared with the text 'was a racist' – amongst other things. It must have been since the London Blitz that Britain felt so threatened in its uniqueness. Churchill exemplifies how the British like to see themselves, as transverse loners, stubborn visionaries and fearless statesmen on the right side of history. Apart from those characteristics, Churchill had some racist ideas about Indians, people of colour and Muslims and was responsible for one of the greatest famines of the previous century. But all of that is easily forgotten due to his victory over the Nazis.

The smearing of Churchill has forced the West to take another look at its heroes and to understand that not everyone experiences history in the way it is described in the textbooks. The end of the horrific Nazi regime was certainly of immense importance in Europe, but it caused hardly a ripple in the lives of those sections of the world's population who were living in the colonies or suffering discrimination as part of a minority group. In the United States, it was not until well into the 1960s that the segregation that enshrined the second-class status of African Americans would end. France clung so fiercely to its colonial superpower status that it took two bloody wars in Algeria and Indochina to end it. The Netherlands engaged in a watered-down response with the controversial police actions in Indonesia. Belgium played a very controversial role in the independence of Congo.

The question is: which aspect of a ‘hero’ has the most weight? Statesman and saviour of the nation or racist leader who caused a famine? Sea hero or slave trader? King or usurper of a colony? The answer to this question will not only be found through 'anti-colonial' actions against statues and street signs. Nor will it be discovered on social media, where the riot is growing exponentially. 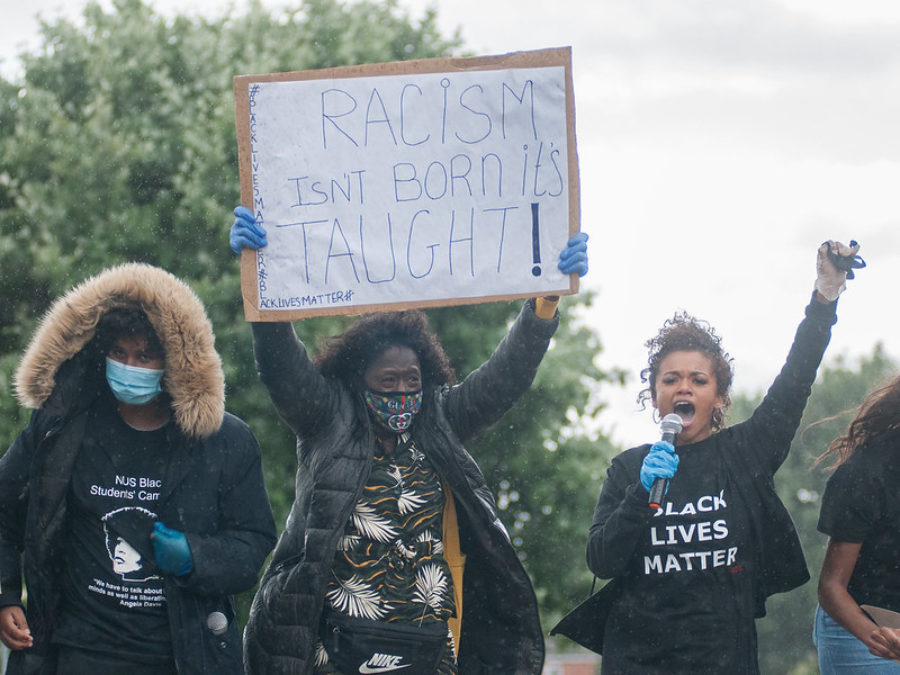 It is urgently necessary for the new blacktivism to leave the path of an identity movement. A section of the Black Lives Matter movement is gradually emerging as a private club based on which skin colour can compete against the almost allegorical White Man and his white privilege. It’s like an auction where people are bidding for the title "greatest victim of history", using colonization and slavery as the base price from which to start the bidding. The one who offers grandparents who were enslaved has more right to speak. Sometimes is the only one allowed to speak. The battle is thus limited to Alt Black versus Far Right, with no room for nuance or other shades of colour.

The reason for this is that everything is borne along by emotions. That’s understandable. The poignant images of the suffocation of George Floyd engender shocked disbelief and anger in every viewer. Add that to years of disadvantage, discrimination and racism on the one hand and the laxity or unwillingness of policymakers to change anything on the other hand. The result is an explosion of frustration and rage focused not only on the symbols of a false past, but on the white community as a whole. 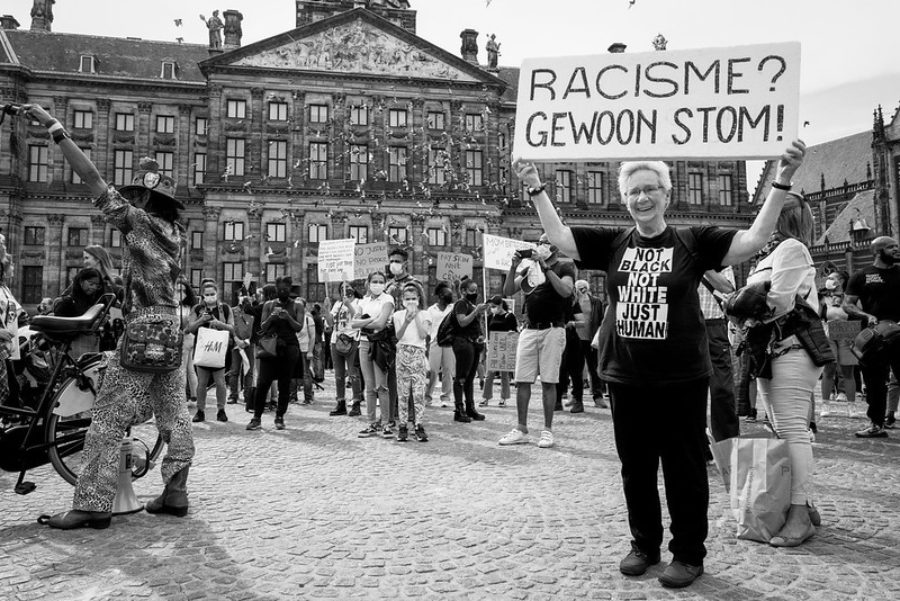 It can be therapeutic, like a soothing balm on a wounded soul, to shout 'White innocence doesn't exist', to be proud that 'Fear has switched sides' or to write that 'White people can only pay off their historical debt through individual reparations to black people or organisations'. But it makes no real difference. On the contrary, it leads down the same path of the racists who believe that, because I have Moroccan roots and an Islamic background, I should take responsibility for 9/11 or the attacks in Maalbeek and Zaventem. The suffering caused by colonisation and slavery is not a layer of guilt that can be spread evenly over the entire white community.

George Floyd should serve as the Rosa Parks of this generation. His death, like her actions, can change the course of history. But the rage must be directed towards concrete measures that make life fairer for groups that have suffered discrimination. The measures must start with practical test-programmes, especially in the labour and housing markets. Then move on to BDS campaigns (Boycott, De-invest and impose Sanctions) against discriminatory companies and organisations. And finally, refine the public debate by not putting all the weight on decolonisation. We must acknowledge past mistakes but not allow our future to be mortgaged. The future demands political and legislative action. There is also room for therapy, not the cathartic release of dividing one group from another group, but in a psychiatrist’s office.