Violinist and singer Diamanda La Berge Dramm is one of the most notable arrivals on the Dutch contemporary music scene.

The tiny, hyper-expressive musician is rewriting the rules of the classical music concert-world and is stringing genres together to make them sound as if they have always been closely connected.
read more

2. Joris Hoefnagel and the Dutch Revolt 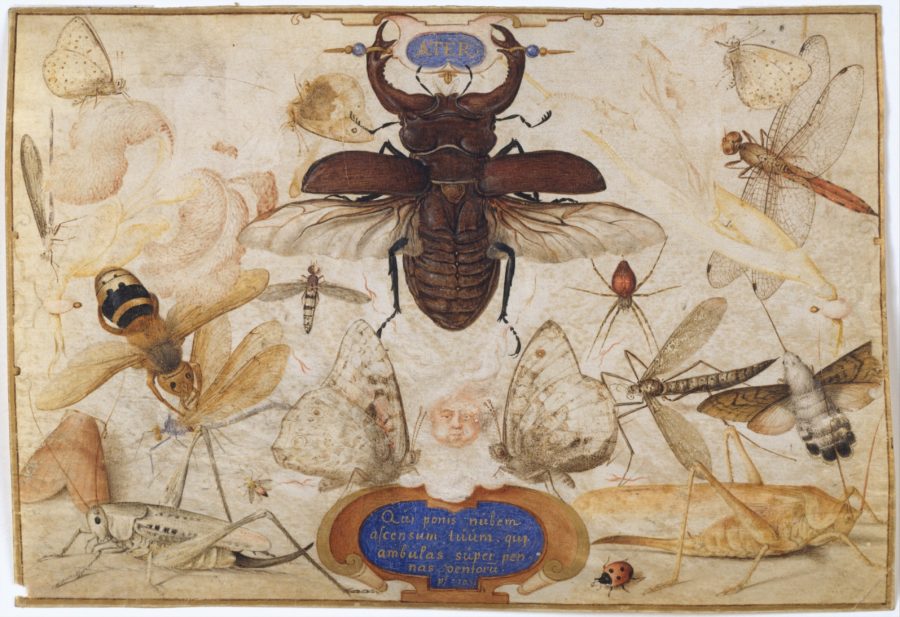 The Renaissance polymath Joris Hoefnagel is best known today for his stunning miniatures of insects, but less well known is the troubling context in which those works were made.

The book Insect Artifice recovers Hoefnagel’s firsthand response to the Dutch Revolt and addresses the way that the experience of war and emigration motivated his turn to art and the study of nature.
read more

3. Otobong Nkanga as a Political Seismograph The Nigerian-Belgian artist is many things: she draws, performs, weaves tapestries, takes pictures and makes video and installation works.

She is always searching for the connections between the world and bodies, poverty and enrichment, Africa and Europe. Her works are in international demand.
read more The oil paintings of Jan van Eyck differ so significantly from the work of his contemporaries that he is often seen as a star that fell out of nowhere.

His refined oil painting techniques, pointed observations of the world and talent for depicting essentially intangible light have yet to be equalled. An exhibition in Ghent showed his masterful talent.
read more In the past, most female artists were overshadowed by their male counterparts, excluded from education and the art world, so that their names never appear in the history books.

In this series, Heleen Debruyne takes five outstanding female painters out of oblivion and gives them the honour they deserve.
read more