Watching The Night Watch Together

The Rijksmuseum in Amsterdam wanted a work by Dutch artist Rineke Dijkstra about The Night Watch. Her video installation Night Watching shows how different groups look at Rembrandt.

Night Watching is Rineke Dijkstra’s new film installation, on show in the Rijksmuseum’s Gallery of Honour from 5 September. Presented as a triptych, the film shows 14 groups of people looking at Rembrandt’s The Night Watch and responding to it in their own way – the painting itself never appears. Dijkstra shot Night Watching in the Rijksmuseum’s Gallery of Honour over the course of six evenings, her subjects positioned directly in front of The Night Watch to offer them the most powerful possible experience of the painting. 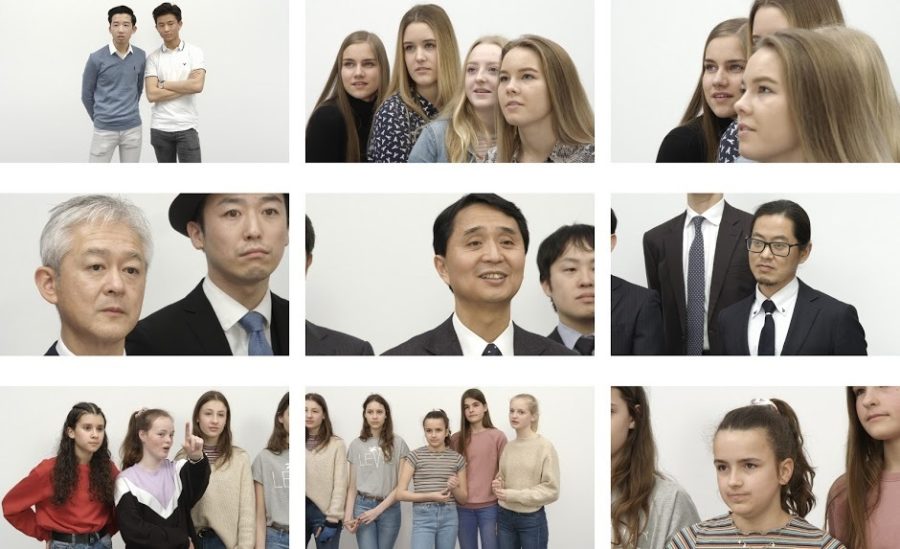 Rineke Dijkstra: 'This subtly layered film gradually impresses upon the viewer that it is impossible ever to fully know an artwork – even one as famous as The Night Watch – and that it is always worth sharpening our gaze, whether on a world-famous painting, on people taking part in a contemporary film, or on those we encounter in everyday life.'

The Night Watch and me

Night Watching sees Dijkstra continue on a course she set with her classic 2009 film I See a Woman Crying, which shows a group of English schoolchildren viewing a painting by Picasso. Night Watching goes further, however: filming 14 groups rather than one means that as well as focusing on the rich subject matter of The Night Watch Dijkstra has been able to create individual portraits of each group and reveal the hierarchies and relationships within them. A group of Dutch schoolgirls discuss whether Rembrandt really did give the only girl in the painting the face of his wife Saskia; staff from the Japanese Chamber of Commerce see the painting’s potential for tourism (‘Night Watch cakes!’); and young artists discuss what it must be like to make such an incomparable masterpiece – does the artist actually have any control over such matters? 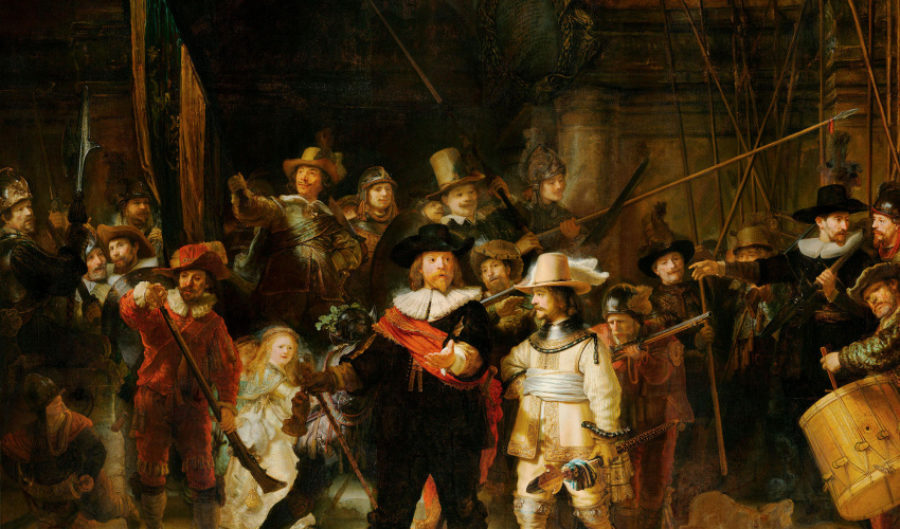 Dijkstra’s film subtly echoes Rembrandtesque mechanisms to reinforce the connection between art and life: the school pencil pointing outwards like Van Ruytenburch’s lance; the small red-haired woman who appears among a group of engineering students in dark clothing – and proceeds to explain to them how paintings are made. 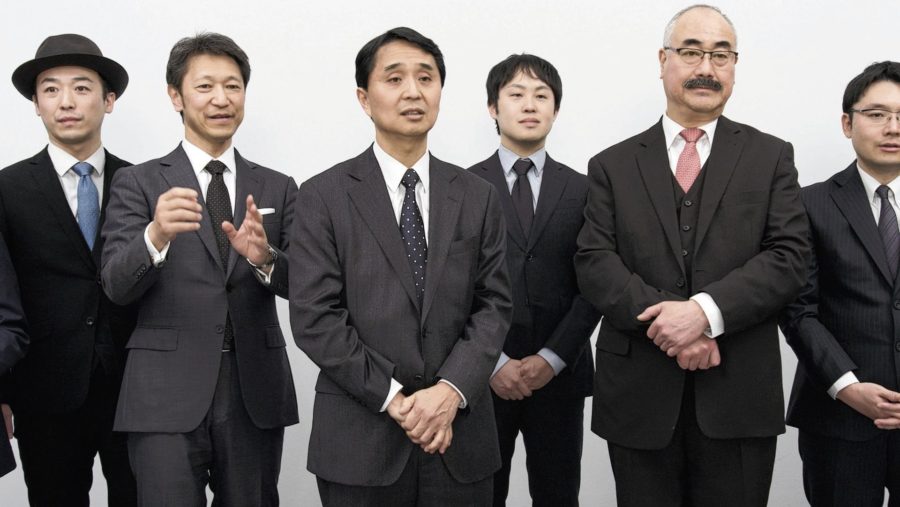 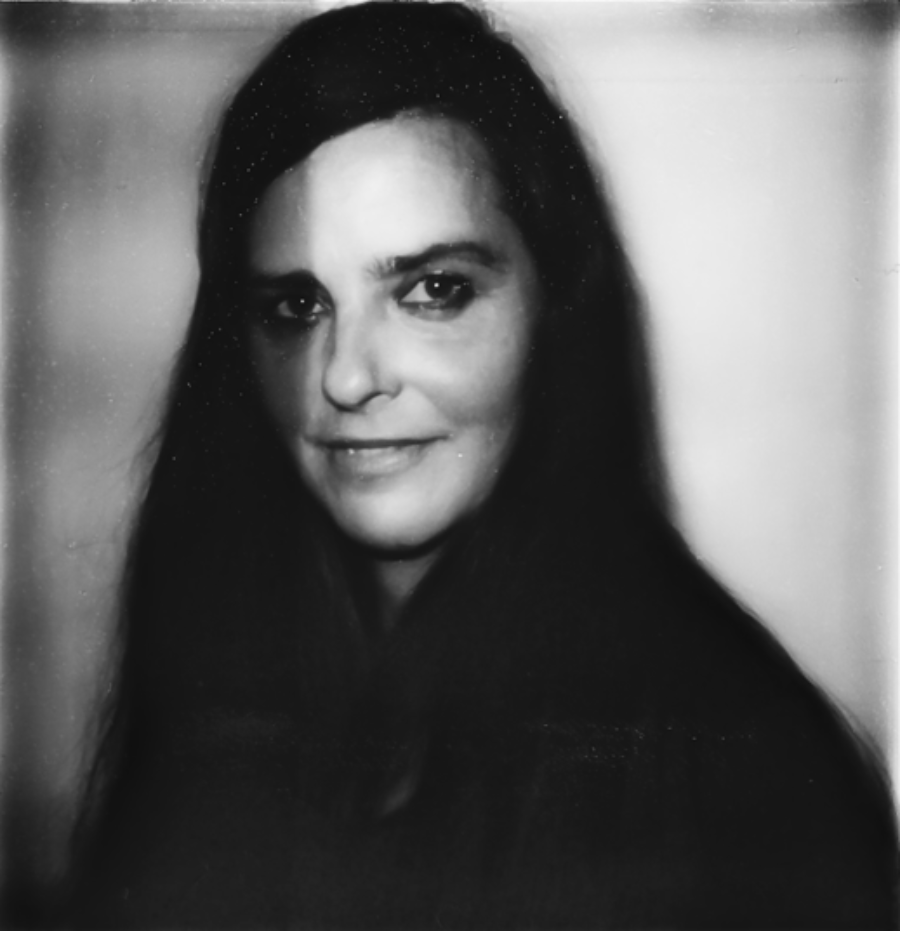 Since the early 1990s, Rineke Dijkstra has produced a complex body of photographic and video work, offering a contemporary take on the genre of portraiture. Her large-scale colour photographs and videos mainly of young, typically adolescent subjects, show subtle, minimal contextual details and encourage us to focus on the exchange between photographer and subject and the relationship between viewer and viewed. Dijkstra was born in the Dutch town of Sittard in 1959. She attended Gerrit Rietveld Academy, Amsterdam, from 1981 to 1986. In 2017, she was honoured with the Hasselblad Foundation International Award in Photography and SPECTRUM International Prize for Photography. Rineke Dijkstra was recently the subject of a mid-career retrospective at Museum De Pont, Tilburg, the Netherlands (2018); Louisiana Museum of Modern Art, Humlebaek, Denmark (2017); San Francisco Museum of Modern Art; and the Solomon R. Guggenheim Museum in New York (2012).