What Does the British Library Tell Us About the Former Dutch Colony of Suriname?

The Dutch colonial history is well represented in the collections of the British Library. Megan Strutt takes the reader through the Dutch-Surinamese collections via Johan Fretz’s novel ‘Onder de Paramariboom’.

“Mummy comes from the Paramaribo-tree – that’s a tree on the other side of the ocean, and black people like mummy and Ruud Gullit grow on it.” – Johan Fretz, Onder de Paramariboom Paramari-what? Sometimes it takes a child’s perspective to make you realise how little you really know about something; when you find you’re unable to correct what they’re saying with any degree of accuracy. Of course, when my coursemates and I were given the opportunity to work with the Dutch-Surinamese author Johan Fretz and translate part of his semi-autobiographical novel Onder de Paramariboom, I could have told you that Surinamese people don’t grow on a big tree named after the country’s capital, Paramaribo, but I couldn’t have told you much else about Suriname or its people.

The British Library’s vast collection of maps, texts and images from and related to the former Dutch colony provides a pretty good impression of Suriname, but nowhere could I find mention of the ‘Paramaribo-tree’. The reason, of course, is that it has been invented by Johannes, the narrator of Fretz’s novel (the wordplay in the original title with the Dutch word ‘boom’ (‘tree’) is lost in English) who, despite having a Surinamese mother, has never really felt in touch with his Surinamese roots. It’s not until he visits Suriname that he realises how much he has been shaped by this part of his identity. As a fellow lover of a good pun, I adopted Johannes as my guide through the British Library’s collection.

Suriname, once known as Dutch Guiana, is located on the northeast coast of South America and is just over twice the size of Scotland. Although British planters were the first Europeans to permanently settle there, Suriname was largely under Dutch rule from 1667 until its independence in 1975.

Johannes’ mother, Virginia, was born and raised in Paramaribo, where Fretz’s novel is mainly set. The historical inner city, on the left bank of the Suriname River, was declared a UNESCO World Heritage Site in 2002.

The oldest and most important street in Paramaribo is Waterkant (‘waterside’). Many of its buildings were destroyed in a fire in 1821, including the Ministry of Social Affairs and Social Housing, which was rebuilt and now looks, according to Johannes, “like it has been blown up and then put back together again, all higgeldy-piggeldy.” (Fretz, p.29)

The photograph below is taken from a collection of wonderful pictures taken by Dutch photographer Willem van de Poll during the 1955 state visit of the Dutch Queen Juliana and Prince Bernhard. A map in King George III’s Topographical Collection lying on the desk before me tells me that Virginia’s favourite district in Fretz’s novel is Commewijne, named after the river that flows through it. Commewijne lies on the opposite side of the Suriname river to Paramaribo and is a former plantation district: the map shows plantations tightly packed along the rivers Commewijne and Suriname. Many Dutch families owned plantations in Suriname, and family members would sometimes visit them. A journal by Gaspar van Breugel records one such visit in 1823 to inspect two plantations partially owned by his family. In his journal he calls these plantations ‘Carolinenburg’ and ‘Schoonwoud’, but a little bit of research provided me with their real names and details: the 500-acre Cliffort Kokshoven a coffee and cotton plantation in Commewijne, and Kocqswoud was a 163-acre coffee plantation in the Marrowijne district. “It was one of those subjects – just like slavery – that was not to be talked about, which of course meant that it was talked about as often as possible”. (Fretz, p.53). The picture shows the title-page of G. P. C. van Breugel, Dagverhaal van eene reis naar Paramaribo en verdere omstreken in de Kolonie Suriname (Amsterdam, 1842) 10055.cc.6

Enslaved people were shipped to Suriname from the west coast of Africa. While the majority worked the plantations, some were domestic. A major and unique publication in Dutch colonial history was Wij Slaven van Suriname (‘We Slaves of Suriname)’, by Anton de Kom. Born in Suriname to a former enslaved person and having received an education which neglected to tell the narrative of the enslaved people who had been forced to work there, De Kom wrote his book to draw attention to the history of slavery in Suriname. The British Library houses a copy of the first edition of this important text. “Uncle Jimmy. He’s black, much darker than the rest of my family.
‘That’s because uncle Jimmy is a maroon,’ says my mother. ‘But of course, you should never say that.’
He came from the inland to Paramaribo when he was fifteen years old. (Fretz, p.54)

Enslaved people that managed to flee their masters tended to make their way into the rainforests of the Surinamese interior. Here, they formed groups with other runaway enslaved, known as maroons, and established communities which still exist today. Johannes’ uncle Jimmy is a descendant of one such community. Often maroons would return to their former plantations and attack them, “both from a Spirit of revenge for the barbarous and inhuman treatment … they had received … & from a view of carrying away plunder … in order to provide for their subsistence and defense.” This quote is taken from John Gabriel Stedman’s Narrative of a Five Years Expedition against the Revolted Negroes of Suriname. Stedman was a British-Dutch colonial soldier who volunteered to assist local troops fighting maroons in Suriname. View of the Estate Alkmaar, on the River Commewine. From J.G. Stedman, Narrative of a Five Years Expedition against the Revolted Negroes of Suriname (London, 1796) 145.f.15

Stedman began writing his Narrative once back in Holland in 1778, based on the diaries he kept during his time in Suriname between 1773 and 1777. The book details the Dutch colony at the time as seen by an ‘outsider’ – Stedman documented most of what he witnessed, from military campaigns to flora and fauna to relationships between enslaved and their masters. His editor, however, made significant alterations (unbeknownst to Stedman) to remove the text’s anti-slavery undertones. Indeed, extracts from later uncensored versions of the text proved valuable to those involved in anti-slavery efforts. The Narrative contains 80 etchings based on Stedman’s drawings, some made by William Blake, a close friend of Stedman during the mid-1700’s.

Slavery was not abolished in Suriname until 1863, although the slave trade had been illegal since 1814. To help prevent illegal slave trading, Dutch navy ships patrolled routes between Freetown in Sierra Leone and Paramaribo. Sierra Leone was then a British colony and, following the British Abolition of the Slave Trade Act (1807), there was a one-sided ban on the slave trade between Africa and Suriname. The British pressured other countries to ban the trade out of ‘economic necessity’, since while others continued to import plantation workers, they themselves faced labour shortages. After the British threatened not to return confiscated Dutch colonies, the Netherlands banned the slave trade in 1814. In a treaty of 1818, the British and Dutch agreed to work together to prevent illegal slave trading between their colonies. Both could search each other’s vessels, and two mixed commission courts, in Freetown and Paramaribo, were established with the power to sentence enslaved people.

Gerard Van Lennep Coster was a Dutch naval officer who served on one such ship from 1819 to 1821. I discovered this in his travel memoir Herinneringen mijner reizen naar onderscheidene Werelddeelen (‘Memories of my travels to different continents’), which I also find on my reading room desk alongside his Aanteekeningen, gehouden gedurende mijn verblijf in de West-Indiën... (‘Annotations kept during my stay in the West-Indies...’), a journal documenting his time in Suriname. In Fretz’s novel, Johannes’ trip to Suriname took him on a journey of self-discovery which also led me through the collections of the British Library. I may not have covered the distance that he did, but Fretz’s narrative certainly made me feel closer to Suriname. Suddenly, Suriname’s history doesn’t seem so distant, and I’m pretty sure that I could hold a conversation about the country that stretches a little further than quashing a child’s notion of the roots of the Surinamese.

Languages Graduate from the University of Sheffield 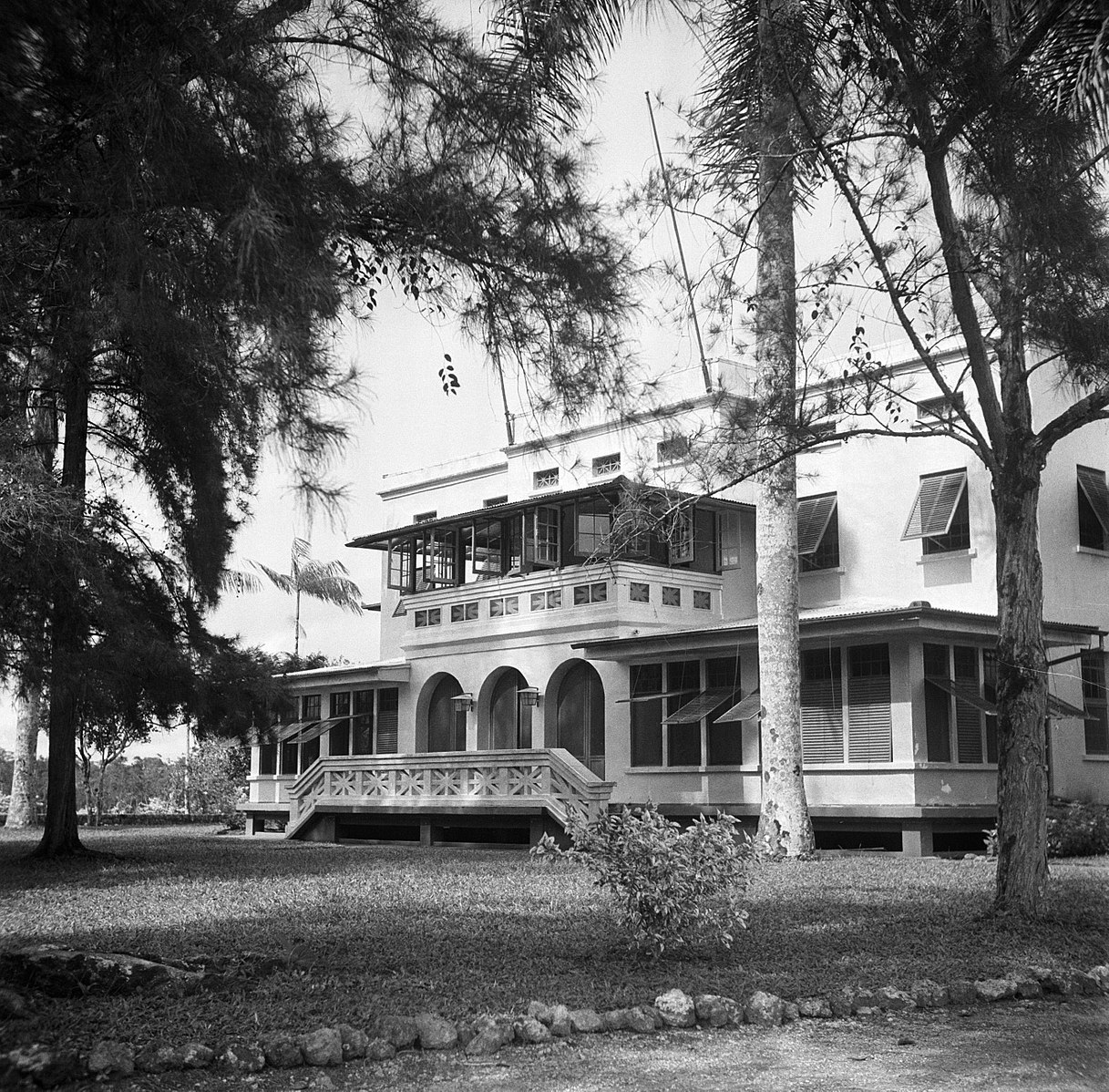 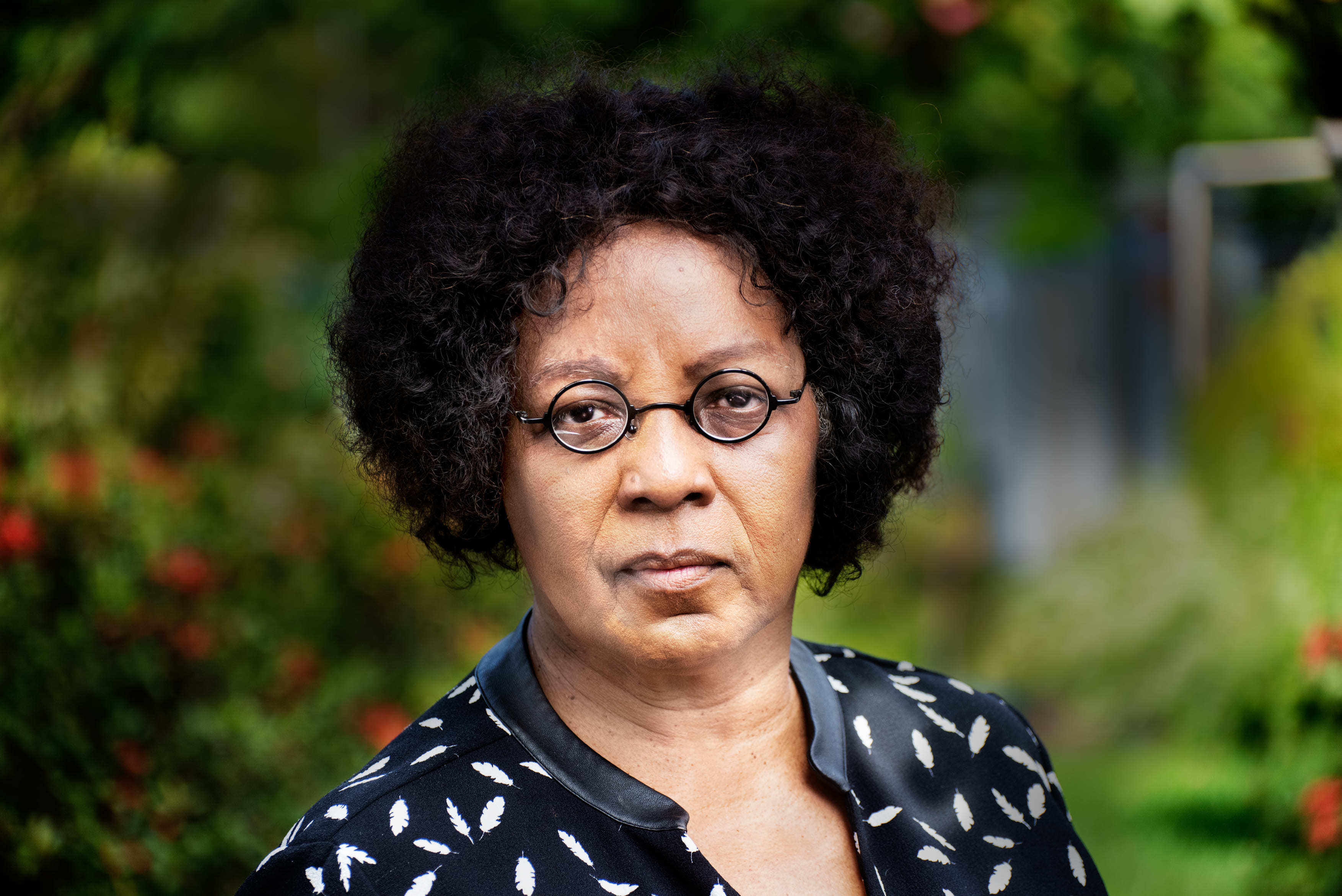 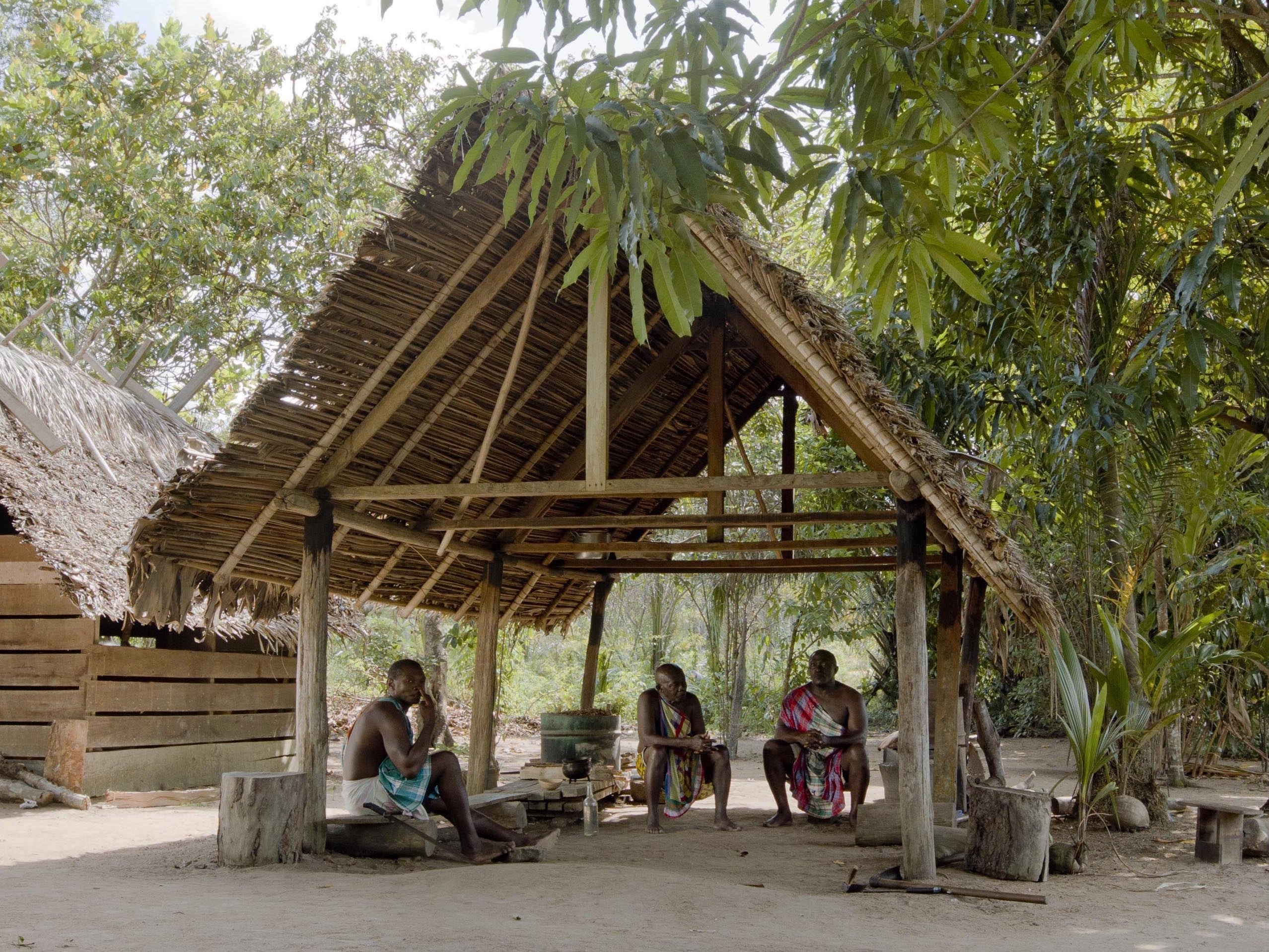 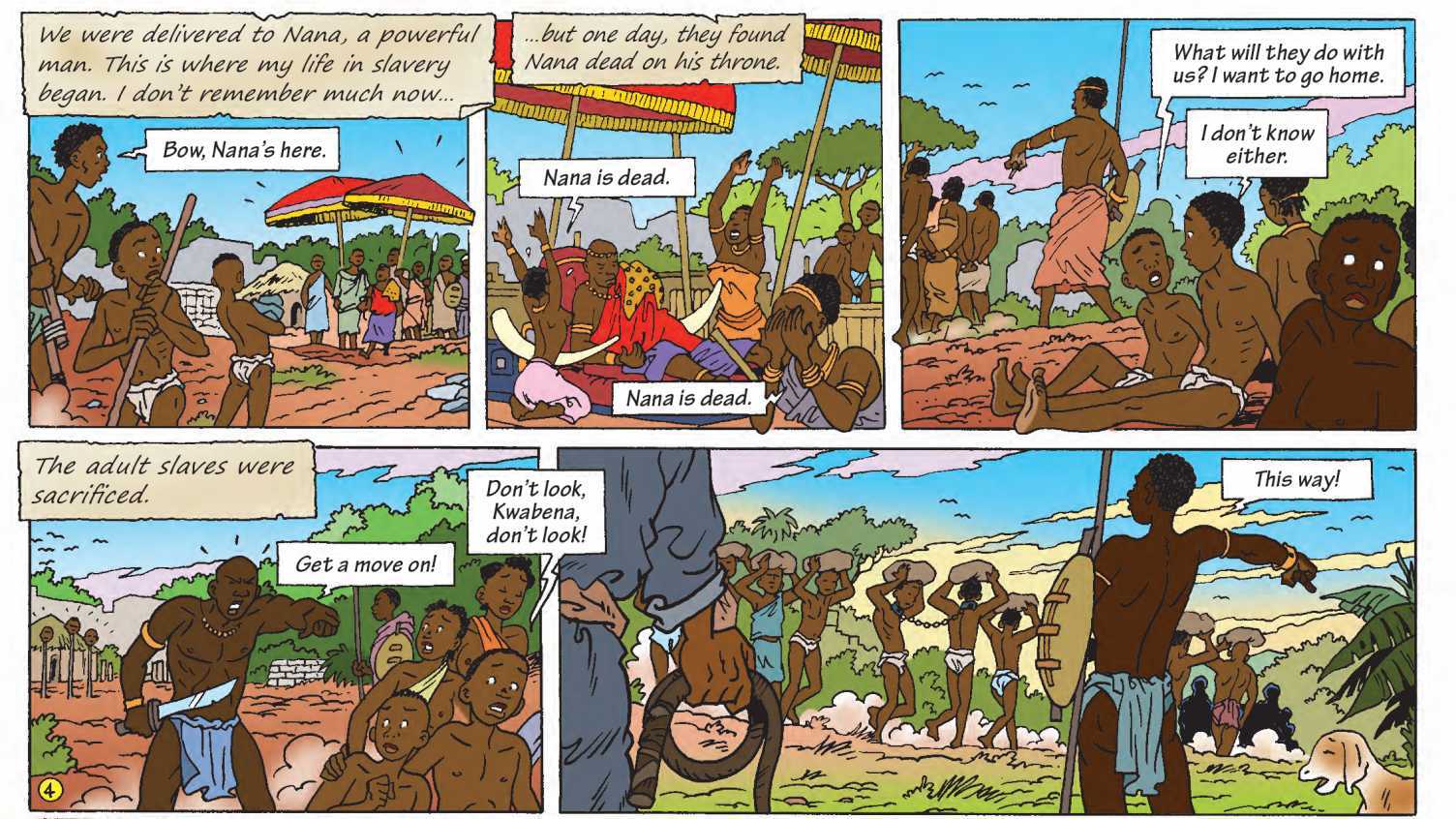 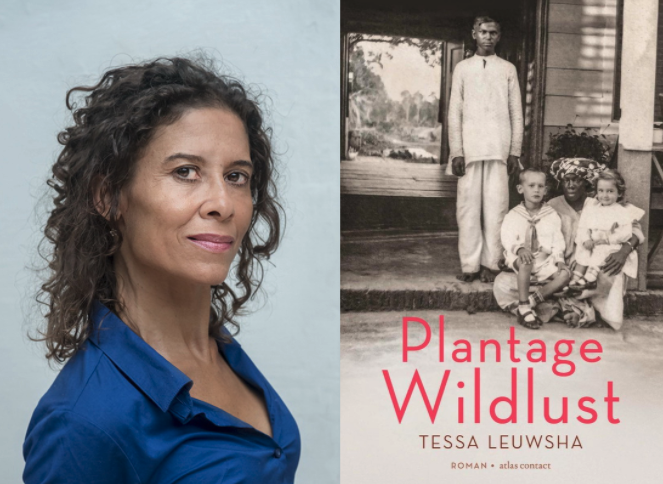