Eating Snacks From the Wall Is as Dutch as Tulips

British journalist Derek Blyth takes you on microadventures to L-Spots, hidden and remarkable places in the Low Countries. This time he invites you to visit the ‘hit and run’ snack bars of Febo.

You see them everywhere in the Netherlands. And almost nowhere else in the world. The automatiek (or automat) doesn’t really fit with the image of the Dutch as sensible, serious people. But these fast food outlets have been remarkably popular in the Netherlands for more than a century. 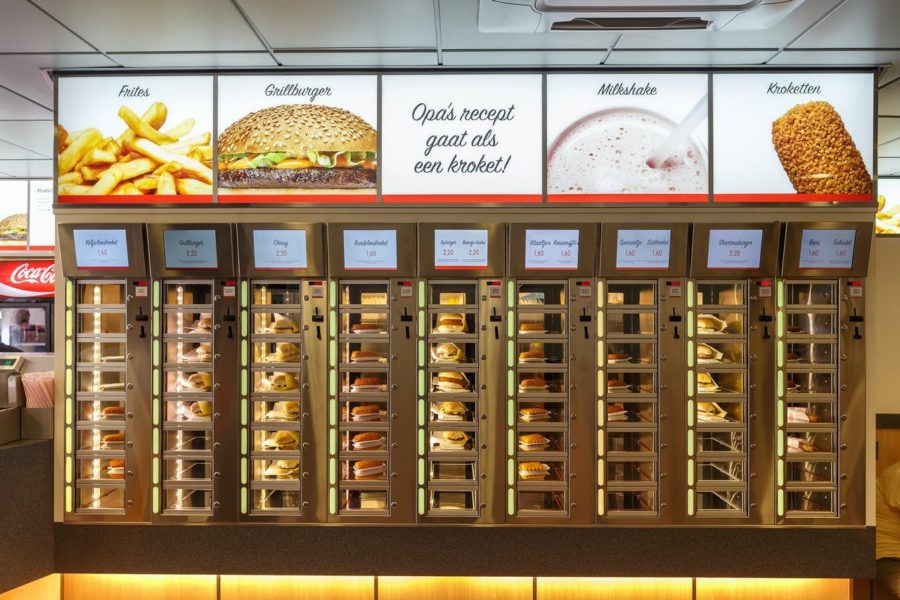 The outlets don’t have counters. Or serving staff. Or chairs. Just rows of shiny metal boxes containing different types of hot fried food. You put a coin in a slot and open a box. It’s simple. Fast. Modern.

The different types of food are listed on glowing yellow signs – grillburger, kipburger, pikanto, kalfskroket, nasiballen, frikandel. The names seem a little manufactured. You might have to look up frikandel in the dictionary. And you’ll wish you hadn’t, when you read what Van Dale has to say. 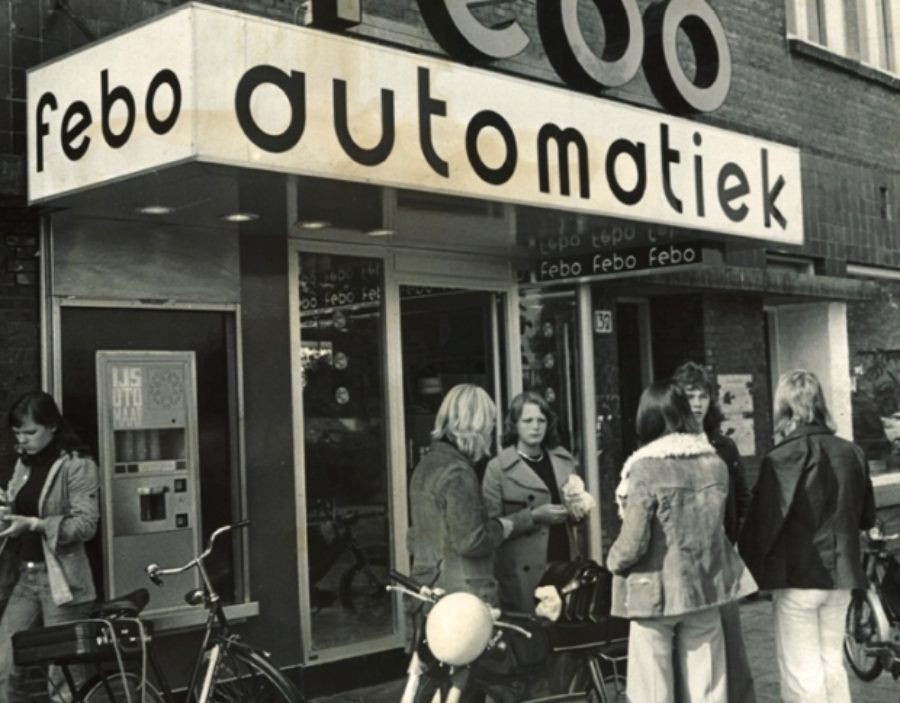 A Febo Automat in Amsterdam in the sixties © Febo

They look American. Something from a 1950s science fiction novel. Lit with an eerie glow like a diner in an Edward Hopper painting.

The world’s first automat was installed in Berlin in 1896 by a man called Max Sielaff. He was an engineer. Not a chef. The idea spread to the United States in the early 20th century. They became immensely popular for several decades, but fell out of fashion when fast food restaurants arrived in the 1960s. 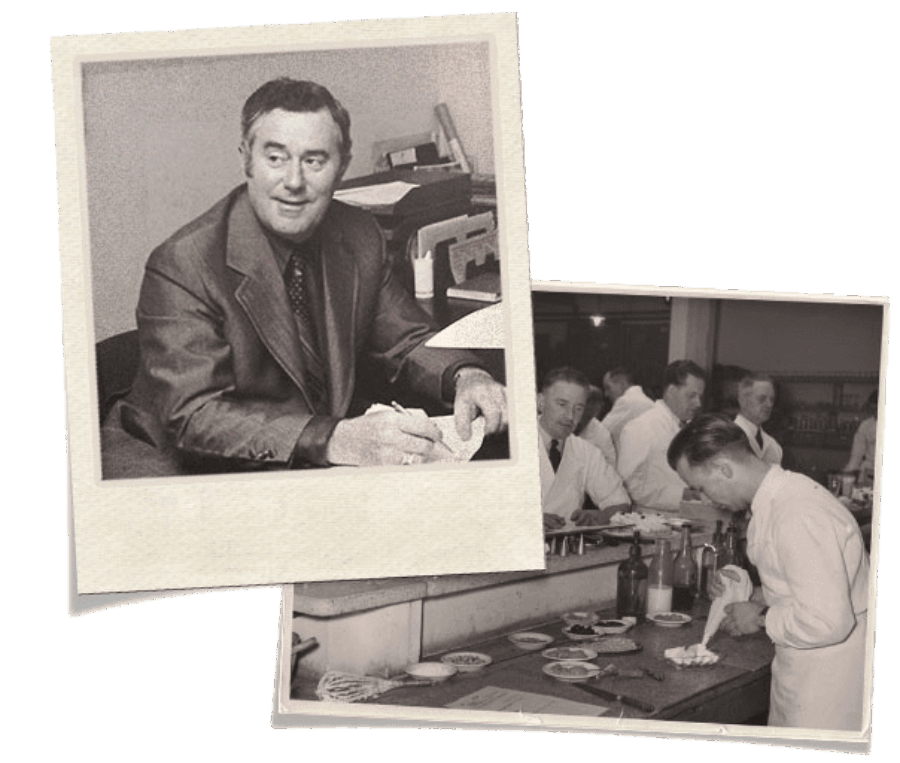 The first Dutch automat opened in Amsterdam in 1902. The concept spread to railway stations and shopping streets in the 1930s and resurfaced in the 1960s when baker Johan de Borst started selling homemade kroketten in an outlet on the Amstelveenseweg. He called the shop Febo, after the Ferdinand Bolstraat in Amsterdam, where he had originally planned to launch the concept.

The Febo chain now has more than 60 branches across the country including 22 in Amsterdam. You can’t miss them. They are as Dutch as tulips.