Publications
Why Do We Speak Dutch Today?
0 Comments
delen
Babel in the Low Countries

In the series Babel in the Low Countries, editor-in-chief Luc Devoldere contemplates the way we use language today, but just as easily delves into the past to consult with historical figures and writers who stand guard over language. In this article he explains why we call the language we speak today 'Dutch'.

French-Romanian author and philosopher Emil Cioran once claimed that we know for sure a people is in sharp decline, if they no longer believe in their own language. In other words, as soon as they stop thinking their language is the highest form of expression, i.e. language itself. 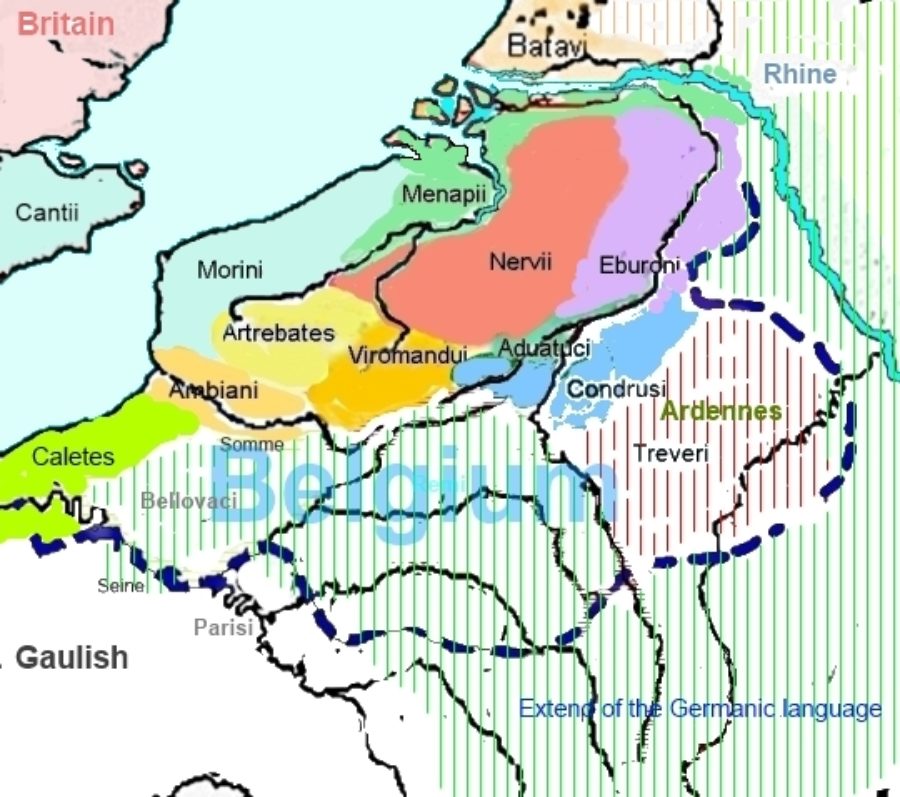 They might be strong claims, but let us keep them in mind, as we turn to our very own Low Countries, that low-lying delta region made up of water and open skies, and wonder which languages have been spoken there over the years. I by no means aim for completeness, but I would like to take you down a few avenues of thought. As a starting point, let us take the moment our parts rose to the surface in history because they were being described. Using language.

When Roman general Julius Caesar, on the search for fame and power around 50 BCE, and his legions reached what we now call the Low Countries, he came across a number of Celtic and maybe even Germanic tribes. He named them the Morini, Menapii, Nervii, Atuatuci, Atrebati and Eburones (the latter would be massacred by him), to name but a few. 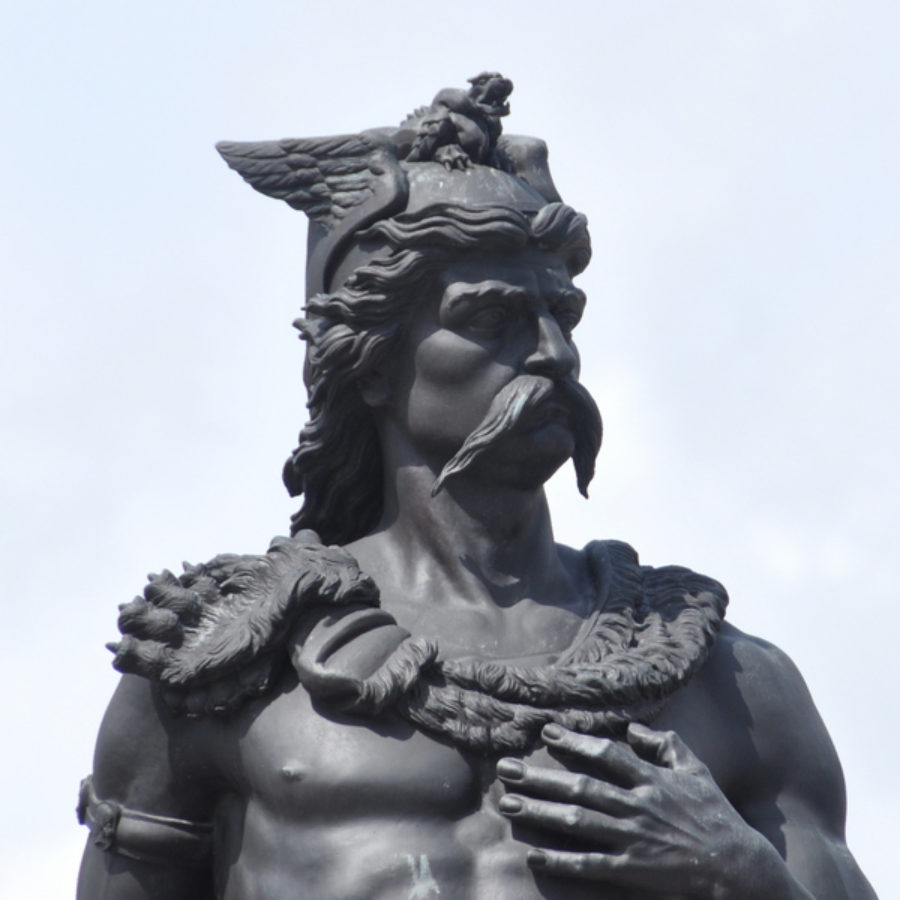 In the 19th century, Eburones king Ambiorix became a Belgian national hero because of his resistance against Julius Caesar.

Up until the 20th century, French-speakers would refer to Flemings as “Ménapiens”, which, incidentally, was not meant as a term of endearment. At the beginning of our era, the Romans would push through further north, and bump into Germanic tribes, including the Cananefati and the Batavi. The latter tribe was at one time labelled (proverbially) blunt and crude, and at other times brave and freedom-loving, humble, honest and averse to pretence and fuss. Now, does that not beautifully capture the Dutchman we know and love today? Well, should such a person exist. 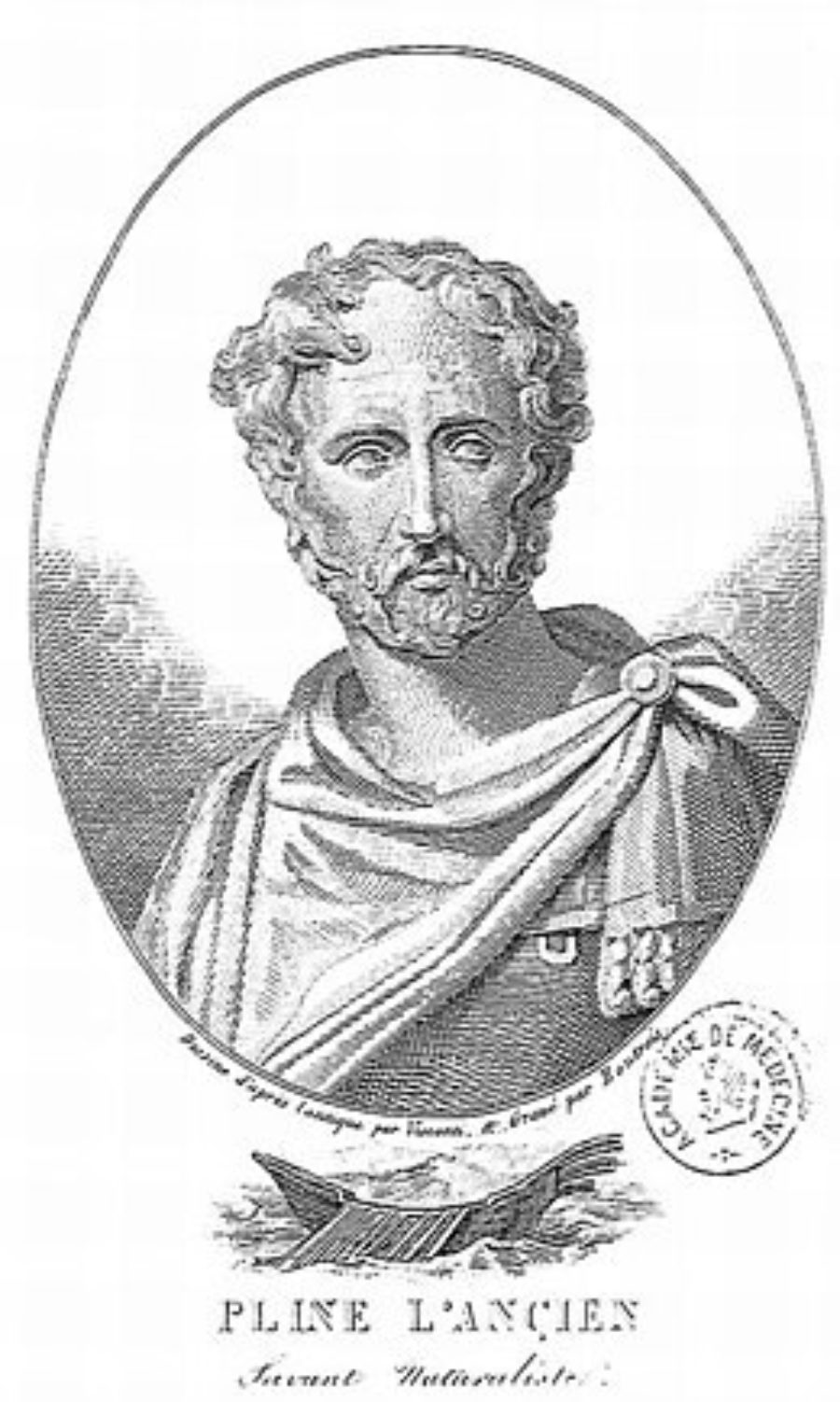 The Frisians and the Chauci resided even further north, far beyond the major rivers. Around 47 CE, and I did not want to keep this from you, Pliny the Elder described them in his Naturalis Historia using the following words: ‘There, a miserable people dwells, on high mounds and scaffolds built with their own hands, which cause their homes to stick out high above the highest recorded water levels. When waves wash over the surrounding countryside, the inhabitants behave as if they were sailors, but once the water has withdrawn, they seem closer to castaways. They will then go out and, in the vicinity of their huts, hunt the fish who are trying to escape along with the seawater.’ A beautiful motto, indeed, for the water boards in the Netherlands.

Celtic is our “lost” language. It used to be spoken in an area stretching from the Danubian Plain to the Atlantic coast, whereas nowadays, that language has fled to the west of Europe, i.e. Brittany, Wales, Ireland and Scotland. Our Roman conqueror and occupier’s Latin prevailed over the Celtic language and, during the first six centuries of our era, slowly but surely repressed it in our region. The Gauls, who had been beaten by Caesar, were Romanised. They became Gallo-Romans. 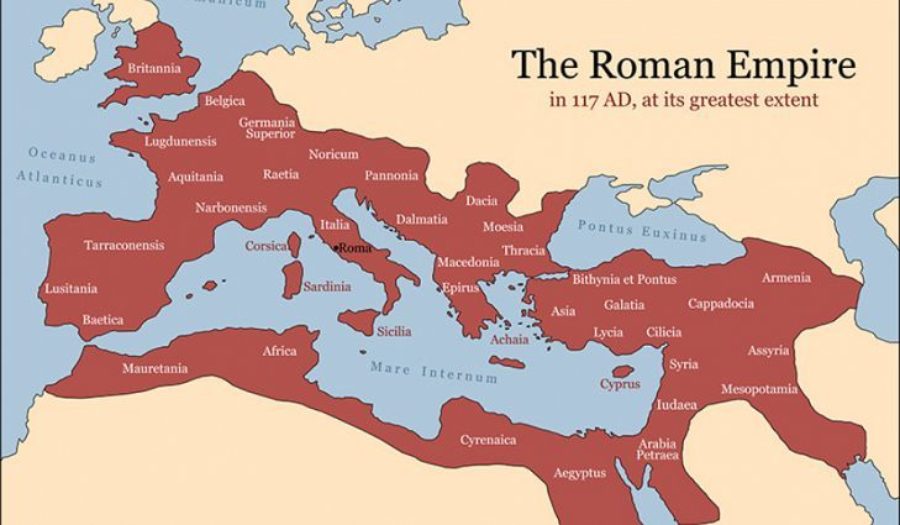 The Roman Empire was at its greatest extent in 117 AD.

When, after the raids of the peoples speaking Germanic languages – who, from the middle of the 3rd century CE onwards, kept crossing the Rhine and the Danube, the border line of the Roman Empire – the dust settled around 700 CE, a wide strip of land stretching from Cologne to the mouth of the river Somme had become a language boundary.

From the linguistic continuum that ran from the river Elbe to the North Sea, German, Dutch, Frisian, and across the sea, English would eventually arise and start to distinguish themselves from one another. However, we were not quite there yet in 700 CE.

Those who continue to question the existence of the language border are undermining Belgium.

That line, that transition zone, which in essence – or at least in Belgium – has not changed over time, became a border determined by a political, democratically negotiated decision in Belgium over half a century ago, in 1963. It is my firm belief that the politically established language border, notwithstanding certain incidents and latent tension, has brought about stability and peace in my country. Those who continue to question the existence of the language border are actually undermining Belgium. I will come back to that at a later stage.

In the dark ages that followed the Fall of the Western Roman Empire, the Romans’ Latin – the standard language or the language of culture, so to speak – had already taken refuge in monasteries and churches; it was the language of the clergy – back then that was were most intellectuals resided – and liturgy.

The opposite of said Latin was the “theotisca (or theodisca) lingua”, the language of the common people, or “theoda” in Ancient Germanic, “Diets” (the name used for the language in the County of Flanders and the Brussels region), and/or “Duuts(ch)”, the term used in Holland, Utrecht and Limburg. In English, the name would stick in order to describe “Nederlands”, i.e. “Dutch”. 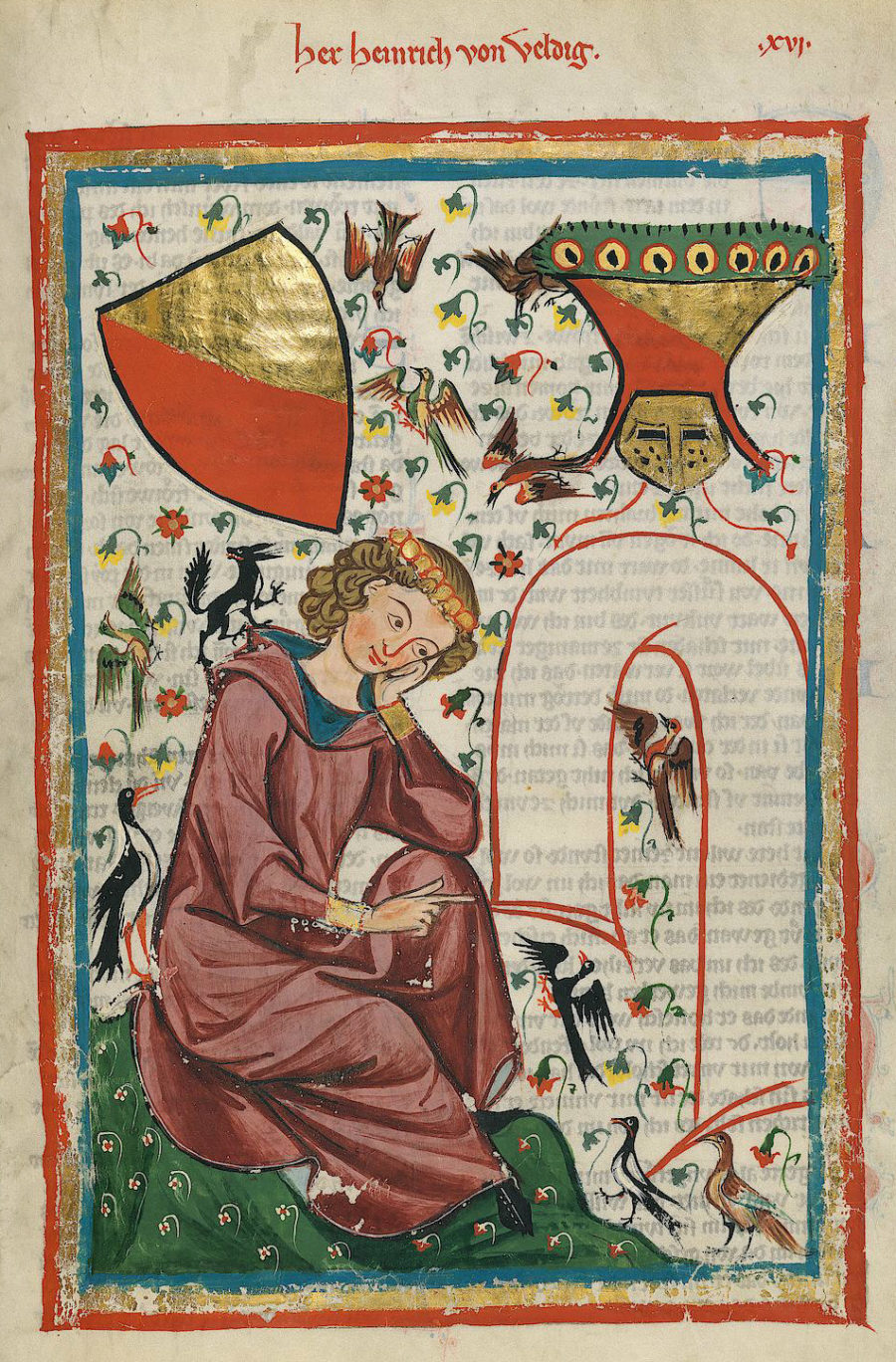 You can see where the confusion originated from a mile away. People living further east labelled the language “Deutsch”. It is fact that under the reign of Charlemagne (around 800 CE) this Diets-Duuts(ch)-Deutsch was spoken in a kind of linguistic continuum from the North Sea to the North-German plains. Even Hendrik (Heinrich) van Veldeken, who was born near Hasselt in the 12th century, is still being claimed by both Dutch and German literary history.

And just to add to the confusion, in the Middle Ages, people in the County of Flanders called the language “Flemish” as well. That name is still being used today. Many Dutch people and quite a few Flemings use that same label for the language that is spoken in the north of Belgium, as well as the standard language. In my opinion, that is not a good idea, and I will definitely elaborate on that. Later still, people labelled the language “Nederduits”, and it was not until well into the 19th century when the term “Nederlands” became the language’s definitive – then again, what is ever “definitive” in this world? – title.