"Young people make up a large proportion of society, and yet they very rarely feature in the media, who never talk to them directly at all," says Marjorie Blomme of StampMedia. That is precisely the reason why this youth news agency was founded ten years ago in Antwerp, as a unique organisation in the Low Countries.

StampMedia is recognised by the Vlaamse Vereniging van Journalisten (the Flemish association of journalists), as a ‘general news medium’ and has its own editorial statute. Young people write articles, create videos and take photos, which are then sent on to regular media with the aim of amplifying the voice of young people in the media. Because that’s what’s needed, according to Marjorie Blomme, the news agency’s youth coach.

“StampMedia is really a youth activity in the form of a news agency. We want to show what’s going on among young people and let them speak for themselves, in order to emancipate them in society. We’re doing this with media because we see more media coverage about young people than directly involving them. Young people make up 30 percent of society, yet they speak for themselves in less than 5 percent of reporting. They are nonetheless important, in some sense functioning as canaries in the coalmines. If you see what’s brewing among young people, you can sometimes get a feel for the trends of the future.” 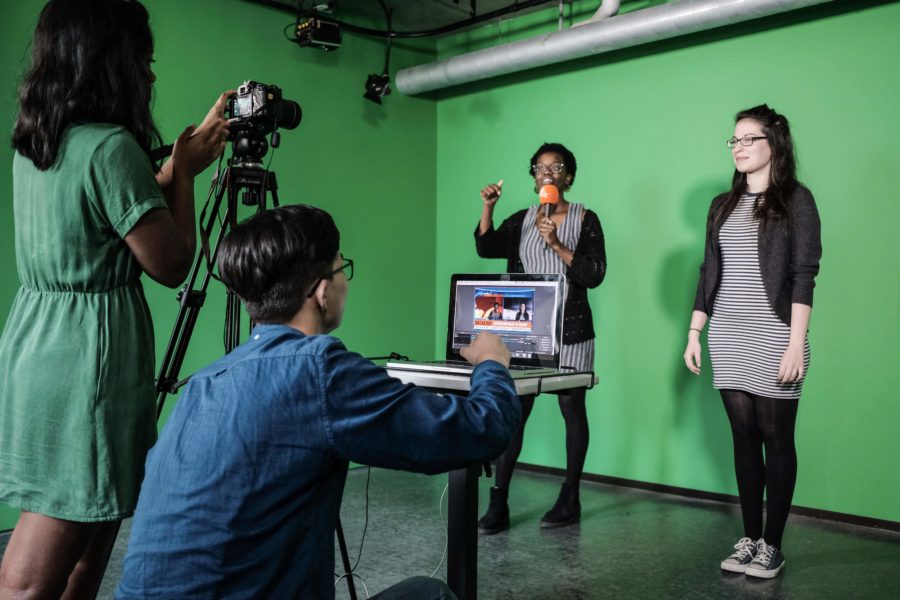 There are various reasons why the voice of young people is under-represented in media reporting. Marjorie Blomme: “As an adult you soon leave the world of youth behind and forget what it was like to be young, losing touch. Journalists also rely on their networks and as soon as you pass the age of 30, you cease to have friends of that age group. Journalists then only speak with other informants, such as educators or youth workers, and thus only gain information from secondary sources.”

It may also be down to the attitude of adults towards the young. Adults almost automatically take on an expert status, even when it comes to young people, because they are thought to have more experience, despite the fact that young people have a better feel for the major issues affecting them. “Add to that the fact that youth work and care is very complex material. It’s frequently reported on, but almost exclusively when it’s problematic. Young people, particularly the most vulnerable, such as those growing up in poverty, tell us that they feel they are largely negatively portrayed in the media,” Marjorie says. 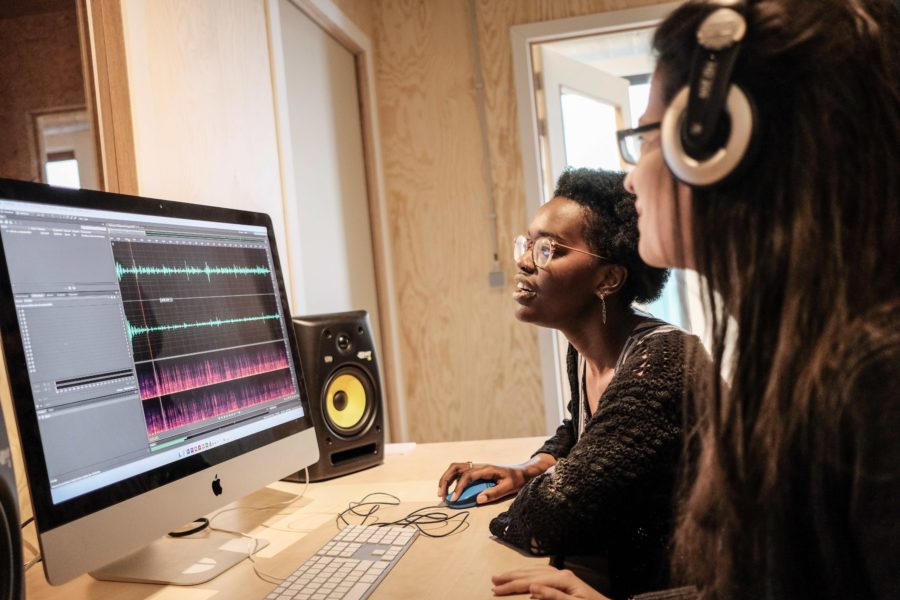 The young people involved with StampMedia are all volunteers aged around 16 to 26. Anyone who wants to write, film, edit, etc. can simply walk into the editorial office in Antwerp between 13:00 and 18:00 during the week. Facilities include a recording studio, an editing booth and computers. They can also borrow all the materials. Every Wednesday there is an editorial meeting, preceded by soup, bread and a current affairs quiz. The young people present can put their ideas on the table or pick up on one of the press reports received by StampMedia, no strings attached.

“We then examine together, to the extent that the young people want guidance, what we can do with those ideas and what media we can send them out to. We also come up with a small communication strategy and at least publish it on our own website.” There’s room for any idea, even if it has already been reported on elsewhere, Marjorie adds. “We’re not looking for scoops. We have to put our effort into our main strength: providing quality journalism about and by young people.”

StampMedia therefore aims always to respect young people’s point of view. “A while ago an article by one of our young people appeared in Knack. He wanted to write about the possible reduction in the living wage and after consultation researched the topic from the perspective of young people receiving living wage payments. How do they survive? Such articles are very valuable for us, because not a single newspaper or magazine had previously written on the topic from this perspective.” 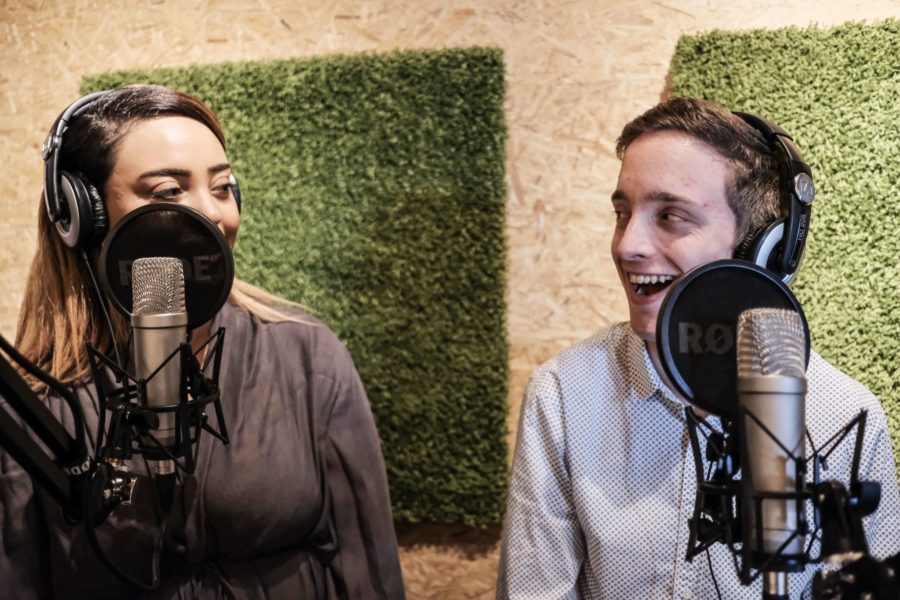 Although they sometimes see their stories appear in other media, not all the young people want to become journalists later on. StampMedia is mainly there to empower young people through media; if it leads to a job in journalism, that’s a nice extra. “They largely come to us to give their creativity free rein. Some of them are interested in journalism, others not. We’d like to highlight our status as a space for experimentation.”

Besides a news agency, StampMedia is also an information point for young people, media and other organisations. They inform and raise awareness through workshops, digital tools on their website and teaching materials for schools. StampMedia also has its own programme offering newly graduated freelancers their first work experience to help them on their way. “We always say that we make young people aware of media and media aware of the young,” Marjorie concludes.