In 2020 and 2021, Flanders is honouring one of its greatest painters, Jan van Eyck. Read the most interesting stories about this Flemish Master on the low countries. The Cathedral crypt has been extensively adapted for visitors to experience the artwork’s history, via new visual technology. No fewer than 76 different flowers and plants have already been identified on the Ghent Altarpiece. And all that greenery is rich with significance. Find the ultimate overview of the treatment of the Van Eycks’ masterpiece in 'The Ghent Altarpiece. Research and Conservation of the Exterior'. The refurbished Groeninge Museum encourages us to slow down with the intimate exhibition ‘Van Eyck in Bruges’.

At the largest Jan van Eyck exhibition ever you can discover his refined oil-painting techniques, pointed observations of the world and unique talent for painting light that is almost tangible. Now you can zoom in on every inch of Jan van Eyck's paintings and miniatures. Thanks to the VERONA project, almost the entire oeuvre of the medieval master is now accessible online in ultra-high-resolution images. In 2020 Flanders is set to pay tribute to Jan van Eyck. The most impressive tribute to this Flemish Master will be presented in Ghent, where the Museum of Fine Arts is organising its biggest ever Jan van Eyck exhibition. The lower interior panels of Van Eyck's 'Adoration of the Mystic Lamb' have now been restored. 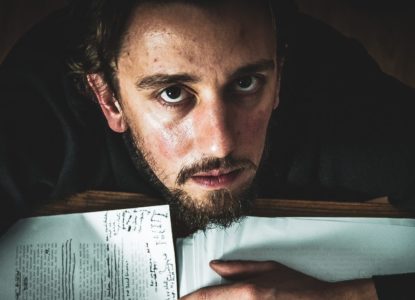 In his first novel 'Vijd' Jonas Bruyneel paints a vibrant portrait of the Burgundian family who commissioned the world-famous 'Adoration of the Mystic Lamb' of the Van Eyck brothers. The posthumous rise to fame of the Flemish painter Jan Van Eyck (d.1441), who was celebrated during and after his lifetime but, like Vermeer, only reborn a hero in the nineteenth century, paints a particularly vivid picture of the shifting nature of artistic status. Above all, Van Eyck's story reminds us that often canonical greats are not born but made, refashioned not simply to suit changing taste, but specific cultural politics. It took the interventions of Napoleon, the Treaty of Versailles and Hitler, for example, to bring Van Eyck to worldwide attention. His was a name remade not only by changing artistic fashions, but by the politics of nation-building during the emergence of modern Europe. The Ghent Altarpiece, or Adoration of the Mystic Lamb, painted by the brothers Hubert and Jan van Eyck and completed in 1432, is the first great masterpiece of Early Netherlandish painting. It was labelled as a Flemish work of art, a, French, even a German and Belgian. Restoration work on the Altarpiece commenced in the autumn of 2012 and will take five years. Visitors to the Museum of Fine Arts in Ghent will be able to follow the process of restoration. In Catholic Flanders, the Mother of God was a cherished subject for painters. Not so in Dutch painting.