A new and younger generation in Belgian music is taking over the torch from the established order. The most important revolutionaries? Tsar B, Tamino and Angèle. Their weapons? Less guitars, more electronica, and psychedelic bedroom pop. The secret key to their success? Instagram and Spotify.

Howling guitars and bombastic drums in Belgian popular music – belpop for short – no longer constitute successful ingredients for making up a band. What does belpop look like? To find out we must look at the cutting-edge Belgian artists. Tamino, Angèle, and Tsar B represent a new generation that are closely linked to widespread international music tendencies: dark guitar rock, millennial pop and sultry R&B.

Tamino, the nightingale of Mortsel, made his move at home in De Nieuwe Lichting 2017 (The New Generation, talent hunt broadcast by the Flemish radio station Studio Brussels), which resulted in all of Flanders falling for his melancholy guitar music and spine-tingling falsetto.

Angèle Van Laeken – stage name Angèle, the sister of the popular rapper Romeo Elvis – is a child of her time. She makes nostalgic pop sung in French, plays with rhythms and creates such irresistible earworms as ‘Je veux tes yeux’ and ‘La loi de Murphy’.

Tsar B – nom de plume of promising indie artist Justine Bourgeus – does not profile herself as a surly Russian czar, but a seductive belly dancer who whisks you away through a sultry summer night. Bourgeus makes industrial, sexy R&B, and not without reason do her numbers strut their stuff on various international playlists and streaming platforms with such names as ‘Sex Playlist’ and ‘Fuck You All the Time’.

What the three artists have in common? They are young, adept from the outset at winning an international audience and released well received debut albums in 2018. Still these revolutionaries were already well known long before 2018. As a twenty-year-old conservatory student Tamino could almost immediately rely on support from mainstream Belgian media in order to spread his music. After winning the 2017 De Nieuwe Lichting he could look forward to a brilliant future. The solo artist currently has a contract with the British independent label Communion and Radiohead’s Colin Greenwood plays on his debut album. Remarkable: he managed all of this without an army of followers in the social media.

Even before Angèle had released a single note, she could already boast of a loyal fan base on Instagram. At the time it numbered 35,000, today it exceeds a million. It is difficult to write anything sensible about artists in this era of hype, certainly when there is not even a single to listen to. But scroll through the Instagram profile @angele_vl for 2018 and you will understand why the French music magazine Les Inrocks called her ‘the great hope for 2018’. Meanwhile there is no longer any doubt that Angèle will become Belgian’s biggest pop star – in part because of her legion of fans on Instagram. Based on the number of nominations she has already received this year for the MIA’s (Music Industry Awards, the Flemish music awards) she already is. That her success is due mainly to social media not only says something about how music works today, but also about the new generation of artists.

Tsar B did not earn her spurs on Instagram, but on YouTube. Justine Bourgeus first burst upon the scene in 2017 with ‘Escalate’: mysterious, twisted R&B-beats with unmistakable Arabic influences.

Her music was picked up by Alexander Chung, a Canadian choreographer with millions of followers on Instagram and YouTube. When he uploads a dance video to Bourgeus’ music, the whole world copies him. Thousands of dancers, both male and female, share their own videos on social media, and the song spreads like wildfire. In the meantime, even such major television shows as the American and Greek versions of So You Think You Can Dance have used her music. What Tsar B got out of it? More than ten million plays on Spotify – more than enough to support her music career as an independent artist.

The next generation of Belgian independent artists will no longer build their careers at a classic talent hunt like Humo’s Rock Rally or through airplay on Studio Brussels, but on social media and mood-based playlists of the streaming services. According to Kees de Koning, music mogul and boss of the Dutch hip-hop label Top Notch, classical media such as radio and television will have increasingly fewer opportunities of reaching a young audience. ‘That isn’t even their own fault,’ he says in an interview in the Flemish magazine Knack Focus. ‘The model in which two or three music compilers determine what is good and what isn’t, just doesn’t work for young people anymore. They find their music in other ways.’ 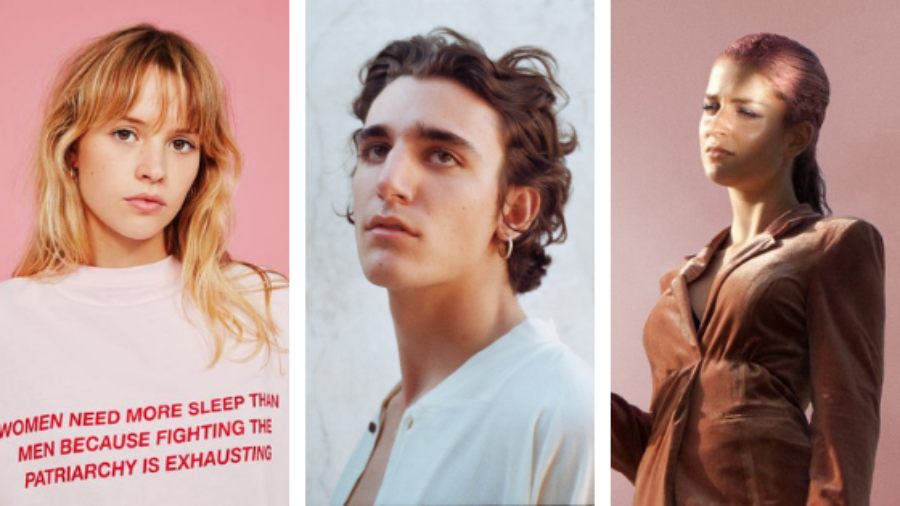 What those other ways are? A major role will no doubt be played by big league streaming services such as Spotify and Apple Music, who will be offering increased (and better) financial support to musicians. Dutch pianist Joep Beving, for instance, practically became an overnight success because his piano music ended up in one of Spotify’s most listened to playlists: Peaceful Piano (currently with more than 5 million followers).

Incidentally, that is a development with which label owners like De Koning are not entirely happy: ‘Today it’s all about who has the most streams and most views. And anyone having the most streams, is apparently also the best artist. You could ask yourself whether it isn’t dangerous to have a number as the sole criterion.’ Tony Vandenbogaerde, driving force behind the newly established independent label Mayway Records based in Kortrijk, Flanders and the Belgian Nuggets compilations, agrees with him. But he still thinks there is also a positive side to the streaming revolution: ‘It used to be that music compilers on the radio were the most important gatekeepers for new music. Today that role has been totally watered down. New artists can place their music on streaming platforms relatively easily, so that more people can listen to their music. Therefore, the way in which we consume music has become more democratic.’

Doesn’t streaming simply reduce music to a certain mood, so that it fits into a popular playlist? Vandenbogaerde doesn’t seem overly concerned: ‘Spotify, Apple Music or Deezer are tailor made for promoting music to a wider audience. Not making use of them these days is simply sticking your head in the sand and dooming yourself to failure. Good music has to be heard. So why not make use of new technologies?’